The return of Painkiller Jane wraps Feb. 5, and a candid Jimmy Palmiotti talks about wrapping his creator-owned Icon miniseries — and the frustration of low sales. 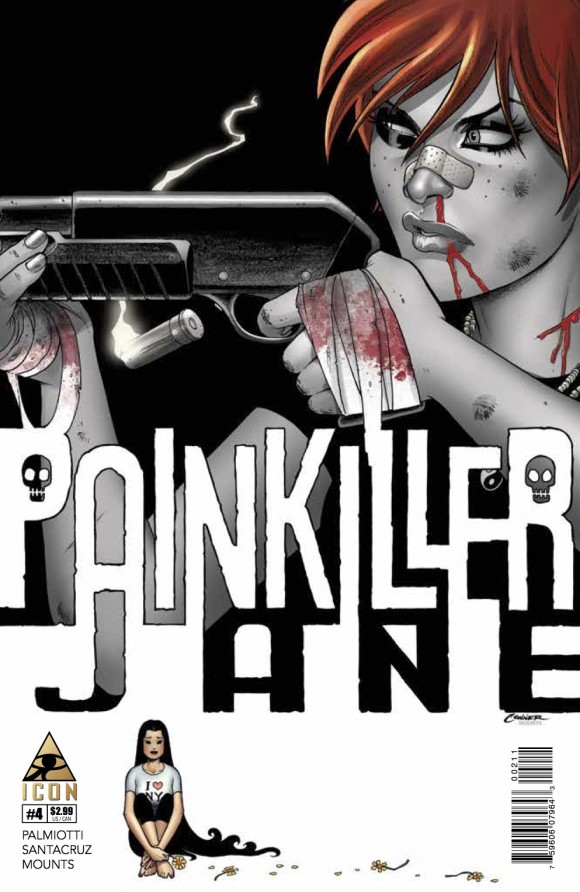 Dan Greenfield: What can readers expect in the finale of ‘The Price of Freedom,’ without spoilers, naturally?

Jimmy Palmiotti: I wanted to do something different and not have a third act fight/explosion/etc. and went a little more real world with the four main characters. I wanted to show that Jane is about more than just fighting and killing and that the empathy she has for others is always present because of her own past life.

I also wanted to take the reader on a trip and less a delivery of a final moment. I think the ride for the past three issues has been fun, but the forward motion of the story dominates everything … getting us to an end that makes sense coming out in February. Yeah, no spoilers. 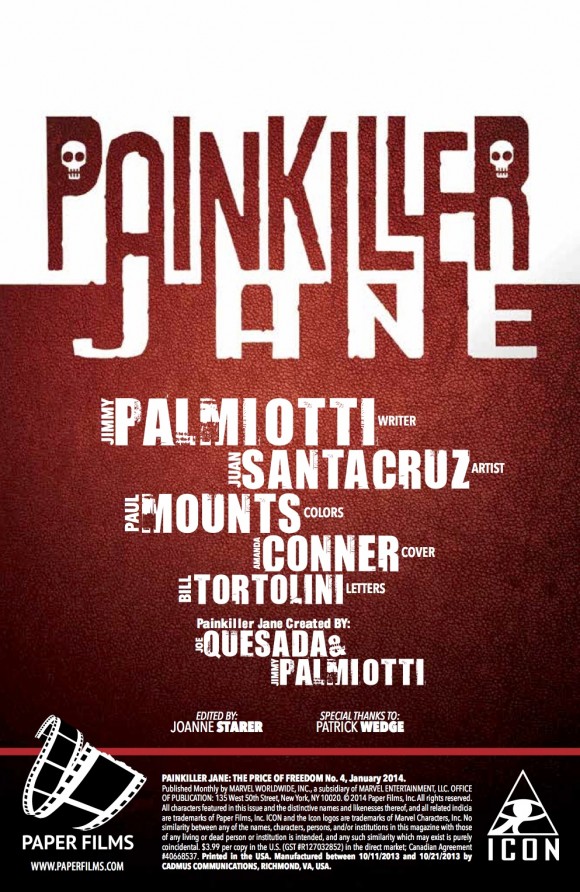 I’m always curious about endings: Do you start with an idea and let the story take you along or do you usually have an ending in mind?

With this story I had the ending in the back of my head the whole time and wanted to let the characters get us there naturally. With this mini-series, it’s all about how Jane interacts with events around her that are basically out of her control most of the time.

A guy like Churchill appeared in the middle of what I had laid out in my outline and he took over because sometimes a good character does that. I like my books to have romance at all times and he seemed like someone Jane would be attracted to besides Maureen. 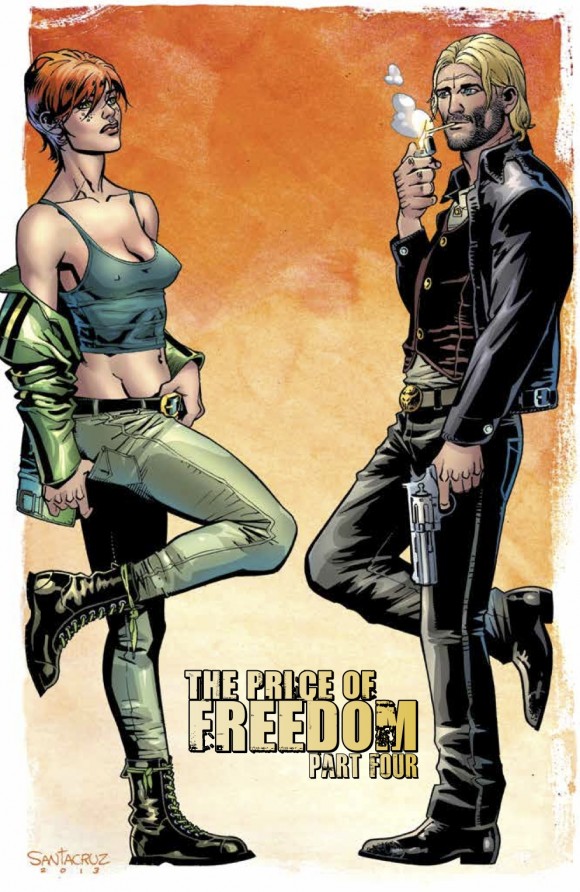 What’s next for Painkiller Jane?

I have a screenplay making the rounds out in Hollywood that we will have news about at any moment and then coming in May is another miniseries featuring some other characters we introduced years ago in the Event Comics that are near and dear to Joe Quesada and me.

I am also making the first issue something special … but will tell you more when we are closer to the date. Until then we have the trade collection coming out in May collecting these four issues and all the extras. 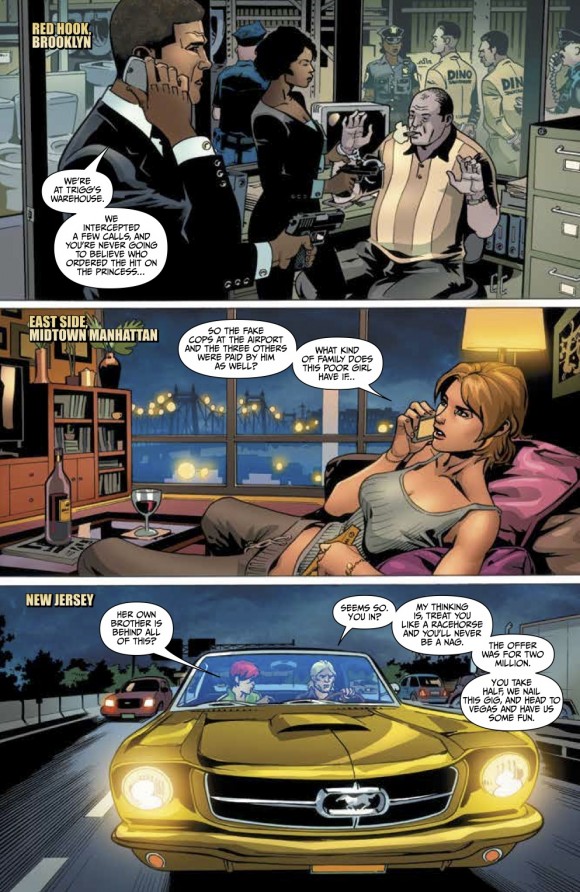 What surprised you most about getting Painkiller Jane back out there again?

To be totally honest, I never expected the Icon sales to be so low. I love the line of books and have been buying them from Issue 1, but the orders after Issue #1 (of Painkiller Jane) were extremely low and I am not sure why.

I think a lot of websites have been ignoring the books they are putting out and spending a lot of time looking elsewhere or at only the superhero books that Marvel has put out. I have confidence the trade book will do well and we will win over some new readers with the next Jane series coming in May.

I find it very hard to introduce a book like this to a new audience, especially since the content is a bit over the top as far as violence and sexuality. There is nudity in these books and I am wondering if maybe that limited the audience.

I am not really sure, but in the end, I stay true to the character and will be doing more of the same with the next miniseries.

This website has been one of the best sites for coverage of the book and I thank you guys for this. These businesses are a live-and-learn kind of thing that I am obviously still learning a lot from.

I am hoping with the success of Harley Quinn, I can take some of those readers and get them to try Jane in the future. These two characters would really get along well.

Got a comment? Leave it below, after the badass art! 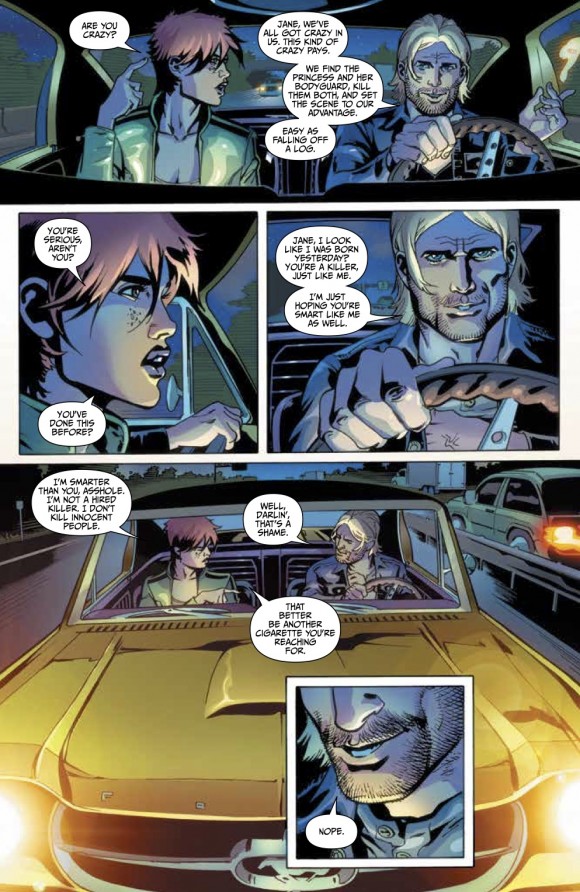 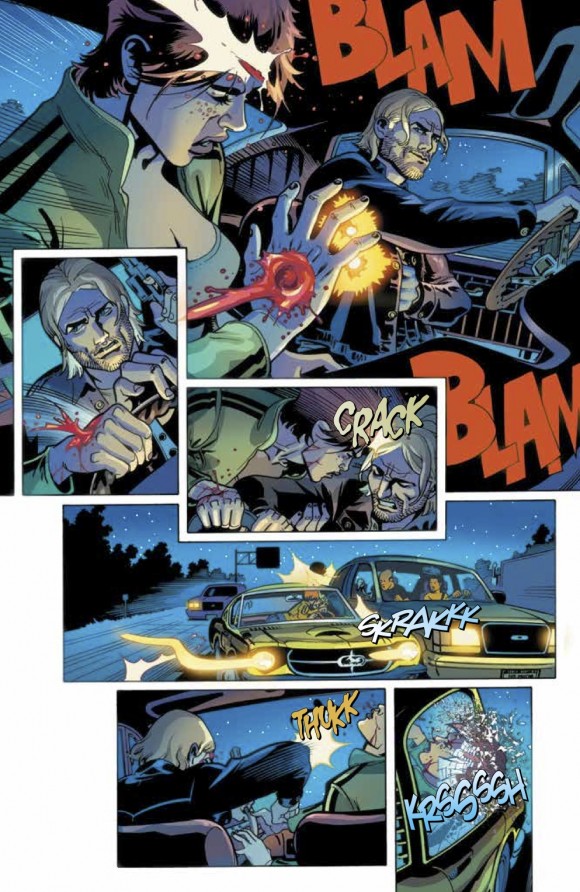