Everywhere I look, I see Jimmy Palmiotti’s name. Guy writes a ton of books – many of which I really dig – and he’s all over the web. Plus, everyone in the comics field seems to know the guy.

Somewhere along the line he picked up the nickname the Mayor of Comics (he doesn’t remember where). But it’s just testament to the guy’s approachability, affability and general likeability.

Oh, and the dude’s talented.

One of the best books I’ve read in the last several years was DC’s Jonah Hex, whose adventures continue in the New 52 under the All-Star Western banner. He recently took over Batwing and, along with his frequent writing collaborator Justin Gray, injected the title with new energy. I recommend it. 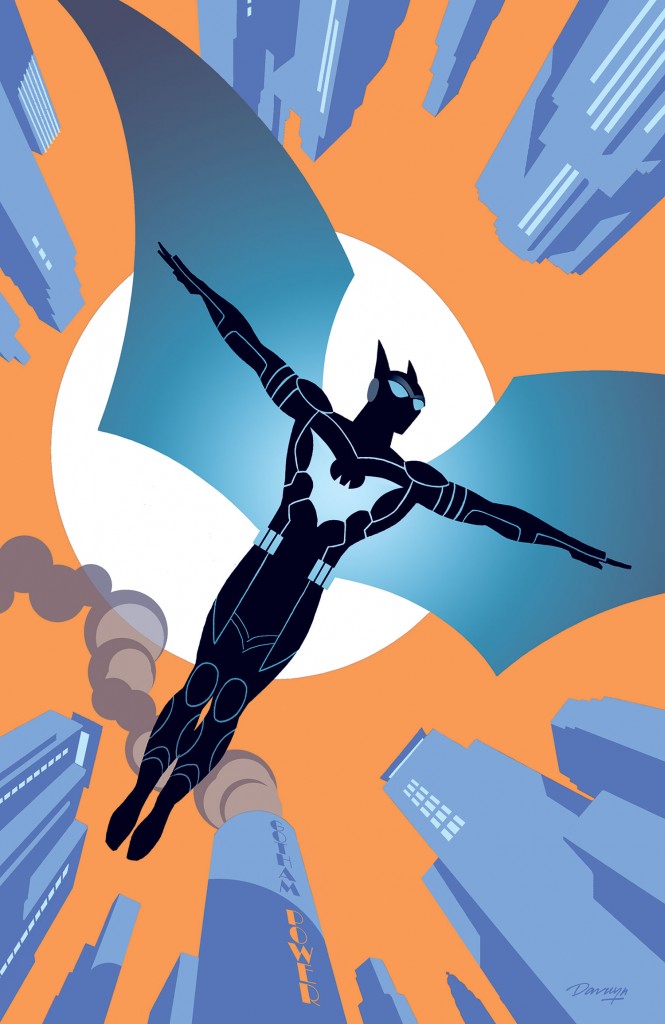 He’s also bringing back his co-creator-owned Painkiller Jane at Marvel’s Icon imprint, and is teaming with wife Amanda Conner for DC’s forthcoming Harley Quinn title. These two are so well-respected that they’re able to swing both ways with the Big Two, a rare feat at any time, but especially these days. 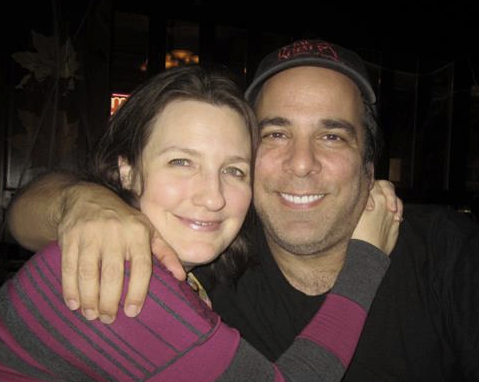 As a writer, what’s it like building so many different worlds at the same time? How do you juggle it all? What’s the workday like?

I have a desk worth of notes, lists and cast member lists for each project I do. I also try to keep my workplace super clean for each and every job because of distractions.

I also have calendars on my wall with deadlines and even have an electronic notebook that I keep writing in. It is a lot of work and to tell the truth, doing live panels at conventions is a hard thing for me because I have trouble remembering every single thing I wrote a few months before.

When I write something, I usually submit it and move on to the next thing and handle each as its own separate entity. My memory of past details … well, its not super-important when I am done with it, so it gets pushed aside. My brain is like a parking lot, once an idea moves out, I have a place for a new one to move in.

My usual workday consists of me waking up around 7 a.m., eating some fruit and water, getting to the computer, checking e-mails, and then digging in to see what is due or on board. I usually work till 1 then go out to eat, and if possible, get a swim in. I get back to work around 3 to 7, then off for the day or on to non-writing work. This is 7 days a week. I try to make exercise part of my day and meditate later in the day for a half an hour. 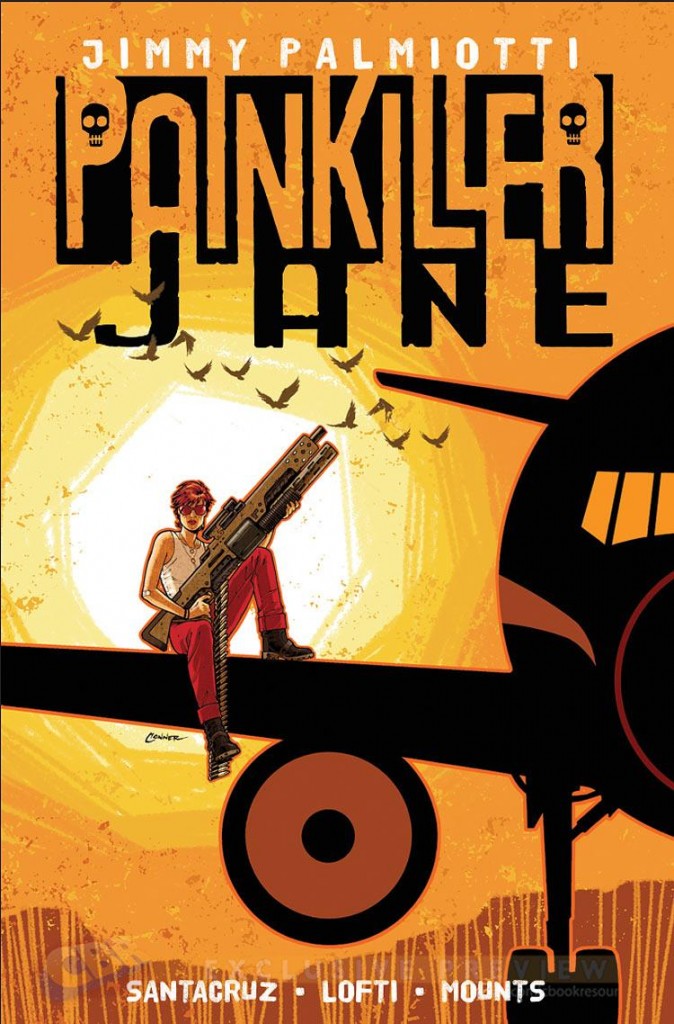 The new Paikiller Jane #1, from Icon.

It seems like you have to be as much of a promoter of your work as you are a creator. What are the ups and downs of that?

Constantly promoting your work gets in the way of actually doing your work, so the balance has to be there. Conventions are the biggest time consumer, but nothing is more fun for me than getting to meet and talk to the individuals that support my work. I actually learn a lot from them in the process.

These days, a creator cannot depend on any company to push their name out there unless they’re on a top-selling title, and even then, it’s all about the character. No company pushes the bottom-sellers of their books, although it would go to reason they should, so its up to each person to get out there and make noise.

In the end, you want the work to do that, but branding is so important to a freelancer that wants to move around and continue a long career in this industry. I feel I have been doing a decent job with that, but it’s a never-ending process. Social media has helped big time pushing my projects to new audiences. Having a web site where people can download my work also helps. Yes, that is PaperFilms.com. 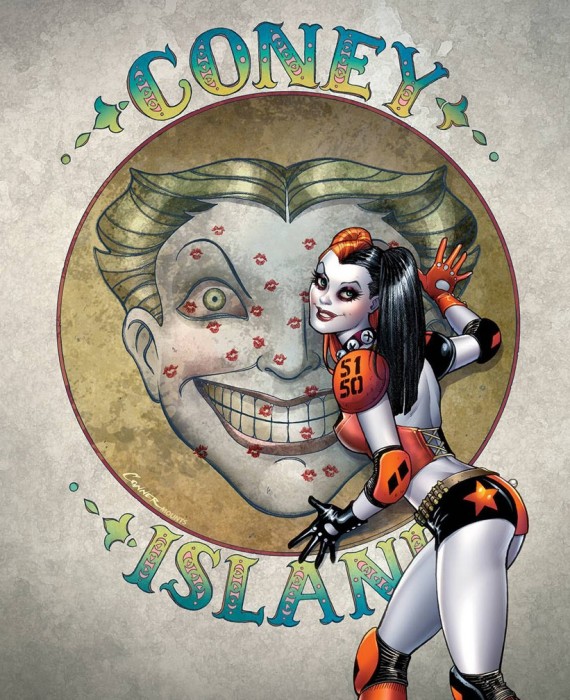 How did you get into this work?

I went to the High School of Art and Design (in New York City) to be an illustrator and then college to be an art director and advertising artist, which I did for about eight years after I graduated.

I worked for many big clients like Maybelline and Pepsi. I slowly decided that I did not want to make a living in advertising, because to put it simply, art directors can drive you insane.

I started taking on comic book work after hours till it became apparent I could make a living doing it, so I left my old job behind and started doing comics full time. It was a calculated move and less a leap. I have never looked back and have no regrets other than I wish I made the jump eight years earlier. I look back on those advertising years and the only good memories are all the wonderful people I met along the way that encouraged me. It did teach me never to miss a deadline, which is a lesson that has paid off many times in the past.

I was born and raised in the Flatbush section of Brooklyn, which was a nice mix of crazy Italian, Jewish and Irish folks. After going to Catholic school I went to the High School of Art and Design, enjoying a nice hourlong subway ride each and every day.

After I graduated I attended the New York Technical College located in Brooklyn and right from graduation there into the job in advertising, doing everything from illustration, design, photo retouching and so on.

I started in comics doing backgrounds for other artists towards the end of my advertising run and started picking up inking work at DC and Marvel comics in the early ‘90s.

I met Joe Quesada at San Diego Comic-Con and we put our ideas together and started publishing our own creator-owned titles like Ash and Painkiller Jane for our company Event Comics.

After a few years of that we were approached and hired by Marvel Comics to start our own line of books featuring their characters and we called it Marvel Knights. We hired our close friends to work on the titles with us, including filmmaker Kevin Smith, who wrote the Daredevil series we did. That was a hit and at its peak, I saw that ownership of anything I created was next to impossible, so I left to pursue writing and creating my own characters, as well as work in TV, film and video games.

My partners in PaperFilms are Amanda, Justin, Frank Tieri and Paul Mounts. We produce a ton of material inside and outside comics each and every year. 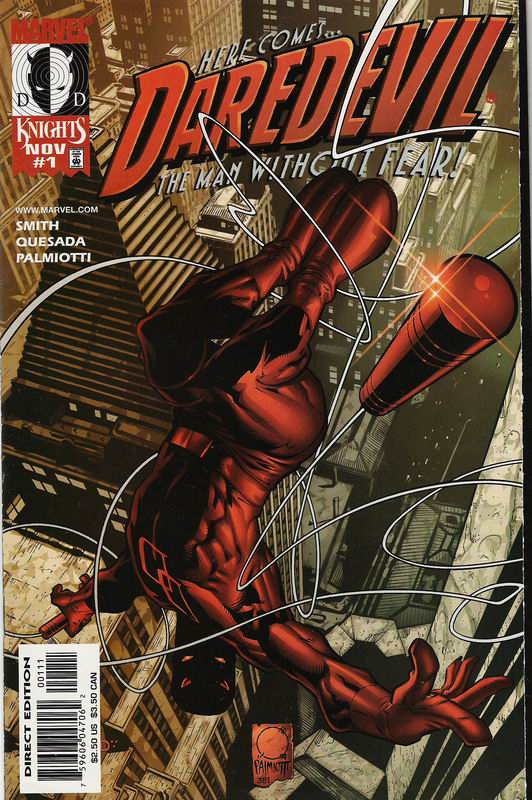 What was your greatest creative influence?

My greatest creative influence has always been my parents. They were there to listen to every single stupid idea I ever had and never to discourage me to try to achieve each and every dream. I saw how happy they always were with what little they had and came to a great understanding very early on that happiness is what makes you rich.

After that, guys like Stan Lee and Jack Kirby, Frank Frazetta and Joe Kubert were my heroes. I was never into idolizing sports people. It always seemed a bit of misplaced hero worship to me.

Probably the first comics I read were Archie comics and as I started getting into comics I went for anything superhero and horror. Superman comics were probably my first love, then the Fantastic Four. I still have a lot of those books, but they are so worn out, no one but me would ever want them.

It wasn’t like today where there were comic stores. I had to hunt down comics in candy stores and at the Salvation Army. I bought them by the pound, sight unseen. It was amazing what kind of mix I got back then. Every single genre you could think of. It may explain why I’m not obsessed with superhero comics like most of the people I know.

I have yet to hit the proudest achievement category yet. I am very proud of my work on Event Comics, Marvel Knights and now with PaperFilms. My most regretful performance is usually something I did that an editor changed along the way. This happens a lot. I look back at some of the books I had to ink in a day and such and wish they would just go away … but I always have to remember some of these books are someone’s favorites. 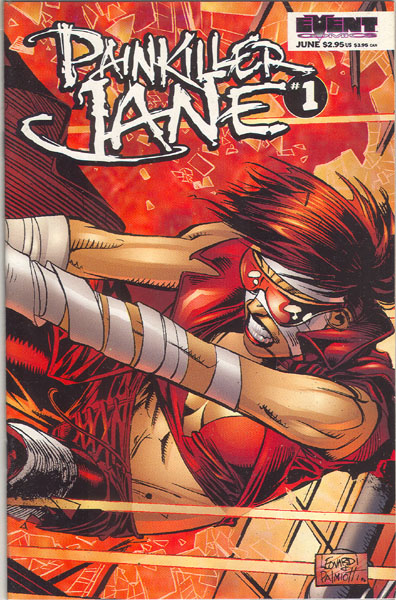 What comics do you read now?

I am enjoying the IDW artist editions they are putting out each month. They are featuring some of my favorite comic artists and printing the art in the original black and white format at the same size the artist drew them at. These are treasures to me.

I do not buy monthly comic book titles, but I do follow a lot of artists, no matter what they are drawing. Some of these guys are Dave Johnson, Dan Panosian, Darwyn Cooke, Arthur Adams, John Byrne, Paul Pope, Phil Noto, Mike Mignola, Amanda and so many more. I pick up any title they do. 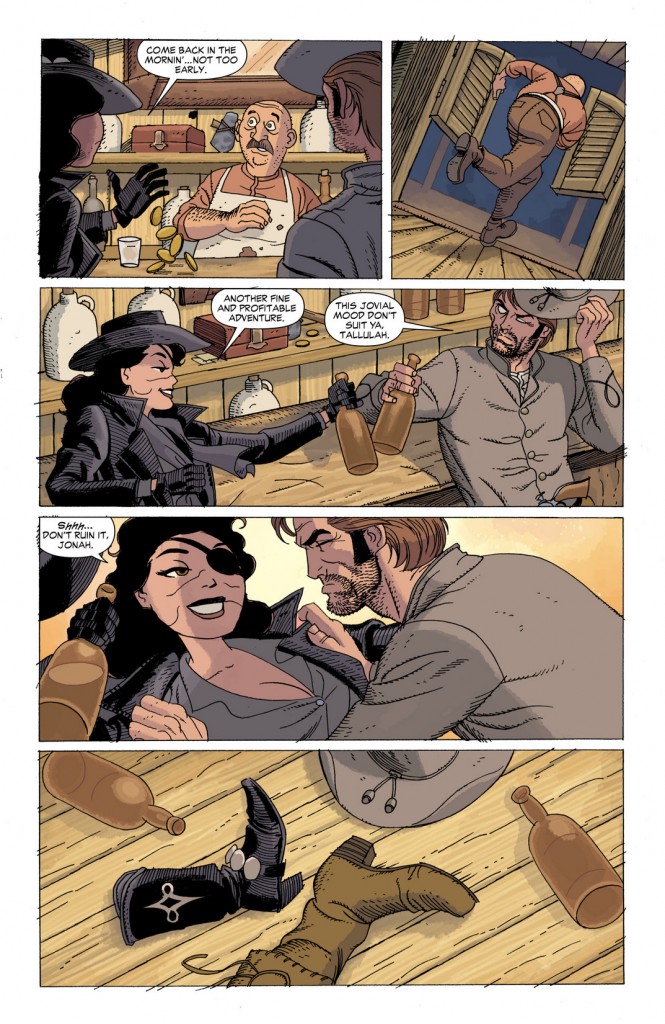 Some DC Comics Jonah Hex artwork by Darwyn Cooke. We need more of this in the world.

Coming in Part 3: Palmiotti and Conner talk about being one of Comicdom’s most famous couples.

A version of this story first ran in Parallel Worlds.