MIGHTY Q&A: Brian Buccellato On ‘Sons of the Devil’

Home » MIGHTY Q&A: Brian Buccellato On ‘Sons of the Devil’

Brian Buccellato, perhaps best known for his work on The Flash and, now, Detective Comics, has a pretty cool comics/film hybrid in development right now.

The project is called Sons of the Devil, and the gist is what would happen if you found out your father was the head of a murderous cult, a la Charles Manson or Jim Jones. But it’s more than a comic — there’s also a film component. To fund it, Buccellato has gone the Kickstarter route. (And while all this is happening, he also has Foster, a longtime pet project of his, coming out in book form in July from OSSM Comics. Art below.) We got him for a MIGHTY Q&A:

Brian Buccellato: Hmmmm. … Like most stories I wrote, it usually starts with moment or image that I want to explore in my writing. This time around it was an image I saw online of infants at Jonestown. … A dozen or so laying on a sheet/blanket. It got me thinking what life would be like for a baby to have survived something as horrific as Jonestown or the Manson family. That really set things in motion for me … 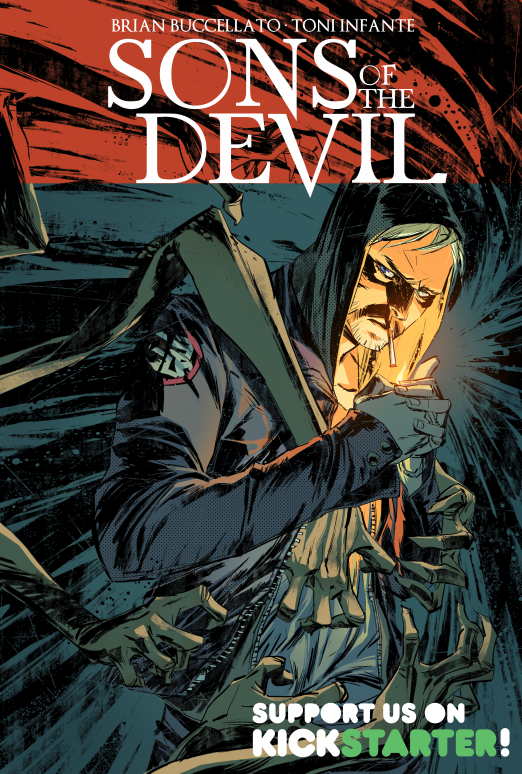 From the Kickstarter appeal.

Like you, I have a pretty dark fascination with Manson, Jim Jones, all those really grim but seriously compelling stories from history. Tell us more about that.

When I was 15 I watched “Faces of Death” on video. …  And at the same time I read Vincent Bugliosi’s account of the Manson murders in his book, “Helter Skelter.” I think that’s where my fascination with killers and the cult of personality began. I don’t think it’s all that unique to be intrigued by the darker side of human nature. As someone that lives pretty much on the straight and narrow, it is only natural to explore what compels people to do horrible things.

Tell us about the collaborative process with artist Toni Infante. It’s still early in the game, but so far it’s been ideal. I came across his art online, while searching for an artist for the project — and immediately I was hooked! I reached out, introduced myself and asked if he was interested in collaborating. Thankfully he agreed! In terms of how our collaboration has been so far, he and I are totally on the same page and it’s been seamless. I try to offer visual reference and be as clear as I can be about what I see in my head, but at the same time I also want to leave room for artist interpretation. So far so good! 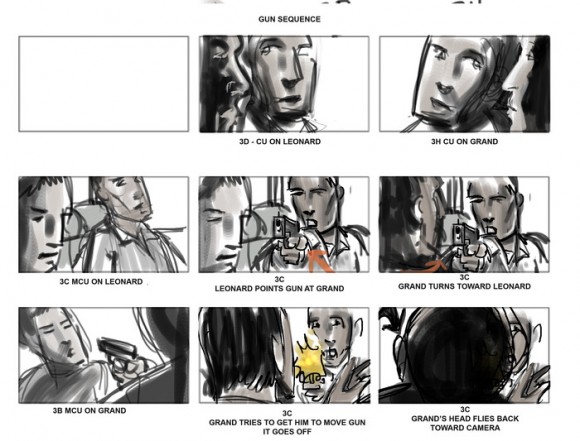 Storyboards for the film component, from the Kickstarter appeal.

Explain the concept of the book and the film and how they interrelate. The book is an exploration of the cult of personality, as told through the point of view of the children of a murderous cult figure. Travis, our protagonist, is a good guy with anger issues that stem from feelings of abandonment. As an orphan who grew up in foster care, he moved from home to home and never established roots. Now in his mid-20s, Travis finally gets some answers regarding who he is and where he came from. Unfortunately, those answers thrust him into a world of murder and ritual sacrifice … with his biological father behind it all! As far as the transmedia aspect to the project… both the short film and the comic cover some of the same ground, but are meant to be experienced together. There are story elements in each form that are not present in the other. For me, it’s not just added value … each is a unique experience by virtue of the different storytelling medium.

Artistically and dramatically, what were your biggest influences here, beyond the real-life Koresh-type stories? As a storyteller in this genre, I’m influenced by Hitchcock, Scorsese, William Friedkin, Michael Mann and David Fincher. I think one of the more recent influences, in terms of tone and getting me excited about the genre, is “True Detective.” That show captivated me and made me invest in it the same way that “Silence of the Lambs” and “Se7en” did, the first time I saw them.

And now, some pages from Foster, with art by Noel Tuazon: 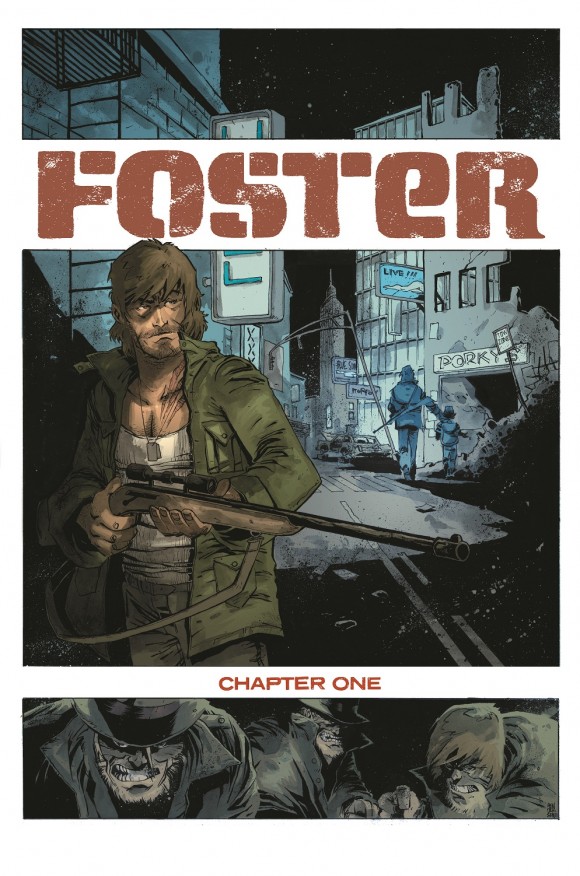 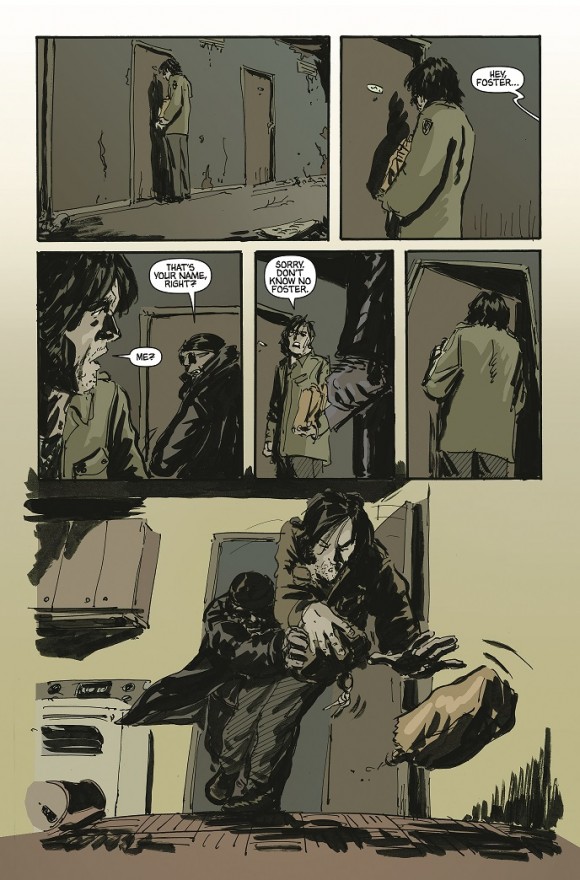 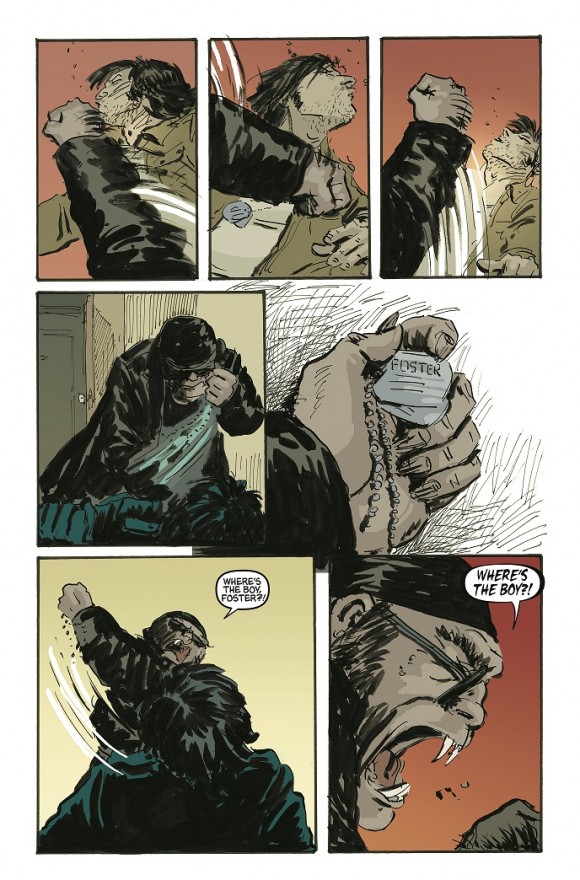 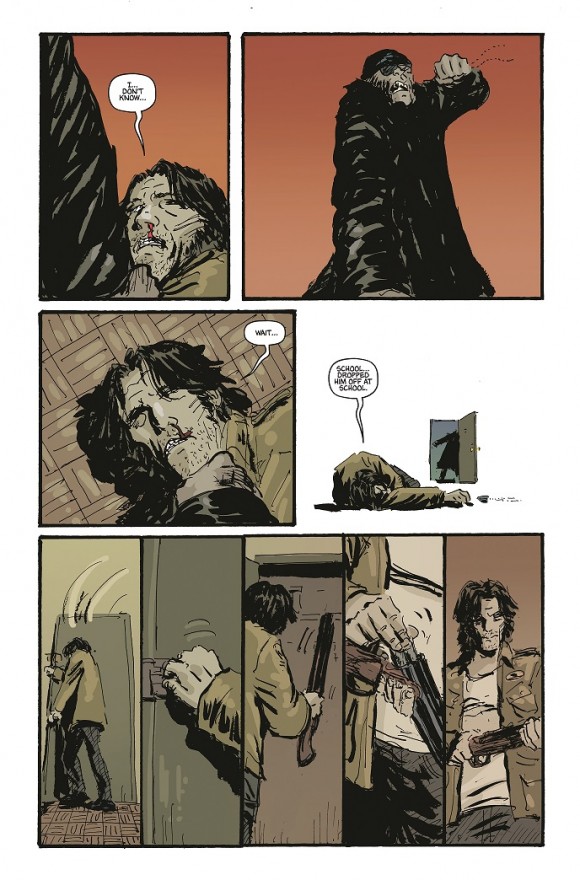 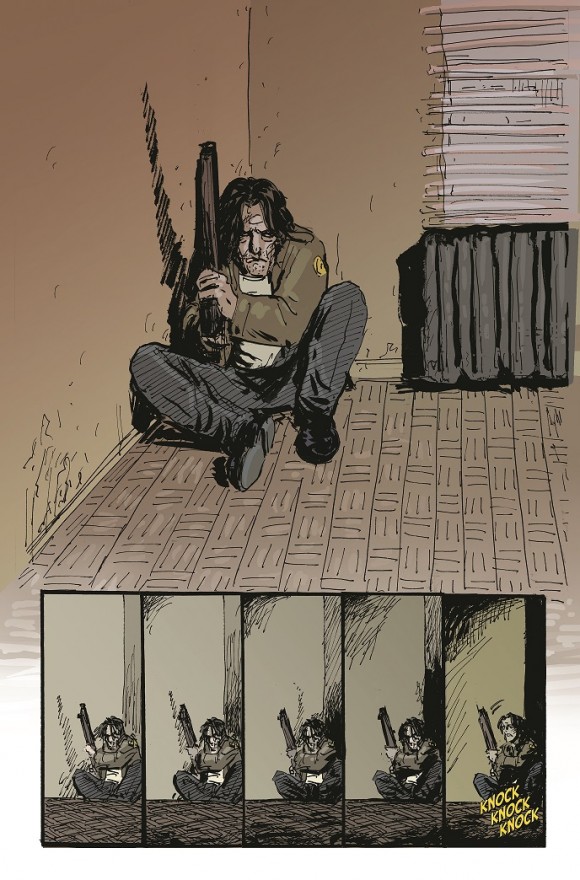