Batman’s birthday was this week, and as it happens the book he first appeared in, Detective Comics, comes out this week as well. DC’s flagship title is now under the guidance of Francis Manapul and Brian Buccellato. Manapul in particular was one of the big stars of the New 52 launch with his lush illustrations in The Flash. Now he and co-writer/colorist Buccellato take their talents to Gotham City. 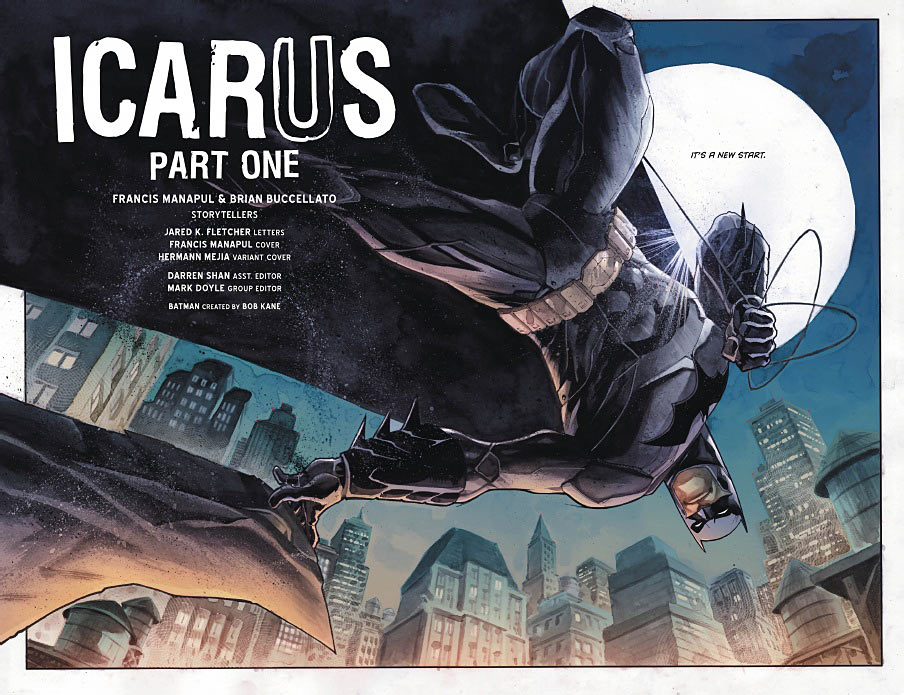 Dan Greenfield: There are a lot of Batman books out there, including a weekly that starts the same month as your run (Batman Eternal, out next week). How do you plan to distinguish what you’re doing from what the others are doing in Batman’s world?

Brian Buccellato: Our plans are pretty simple and straightforward. … We are combining our unique way of visual storytelling with finding a personal way into Gotham through a murder mystery. We aren’t setting out to try and out-BIG the weekly or compete with any of the other Bat books. By telling a self-contained detective story that doesn’t lean heavily on crossing over to other books, we hope to offer a book that can stand on its own.

Francis Manapul: There’s a cohesiveness in the Bat universe and events in the other Batbooks will definitely be reflected in ours. However our story has been designed to stand on it’s own. We want to show what it’s like to be a detective in Gotham City not just from Batman’s point of view but also Harvey Bullock’s. I think it’s important to show the different parameters that our two detectives work under in order to solve the same case. You have one man who’s determined to stick to his moral codes, and another who’s looser in that aspect but his honor to the badge keeps him in line. It’s a very interesting dynamic that they develop not just with the case but also each other. 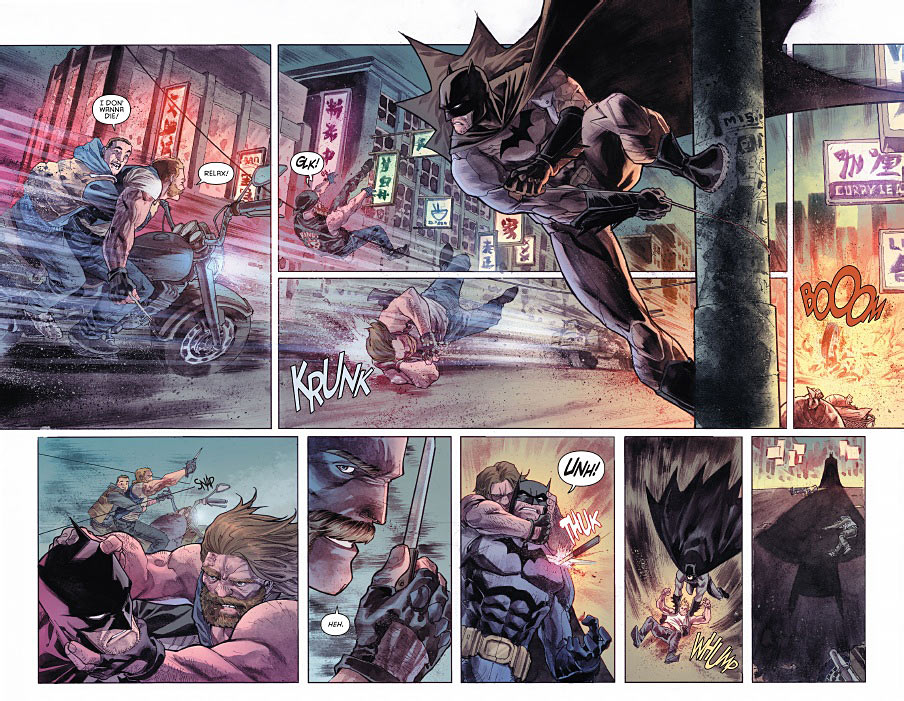 You’re both writers and you’re both artists. Explain how your collaboration works. Where do the stories germinate from and how are they developed?

Buccellato: We do a LOT of talking on Skype. From a technical standpoint, most of our early creative work is done in conversation until we have a solid plan. But after that, the form it takes is organic and specific to the moment. We will either start writing outlines or beat sheets on a dry-erase board, or Francis will fire up his tablet and (we’ll) talk through the plot and he will start laying out pages. Once I have a document (with or without layouts) we pass the baton back and forth until it’s finished and we are both satisfied.

As far as the story content, we try to find personal ways into the characters we write and build outwardly from there. It’s very conversational and informal, and it helps that we don’t disagree all that much. I think we understand each other’s strengths and lean into those strengths where applicable. From the art side, I defer to Francis’ amazing talents, and honestly …  rarely do I chime in with regard to pacing or page layout. 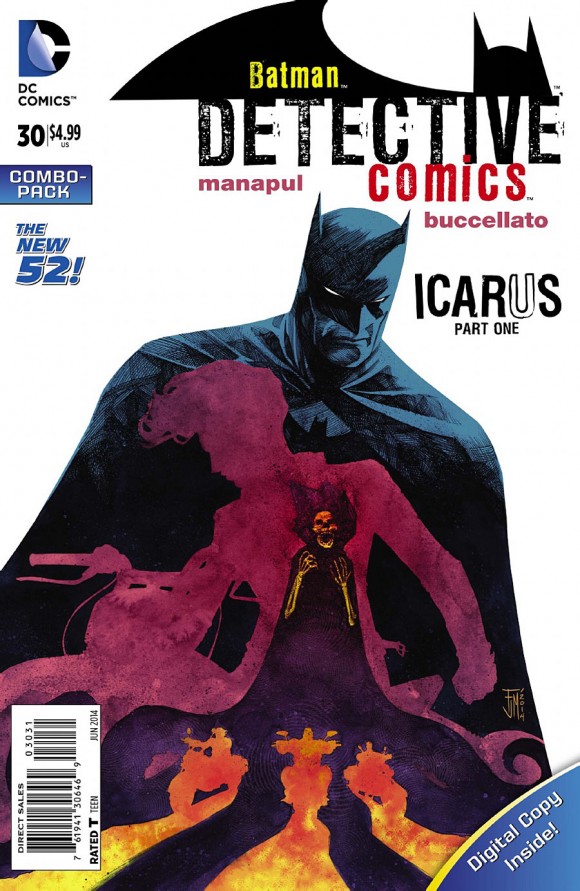 A question that always comes up for Detective Comics writers, but I’ll ask anyway: Just how much of Batman’s detective work will play into this story?

Manapul: It’s our top priority. While the book stars Batman, I really feel this book is about our two “Detectives”: Batman and Harvey Bullock. Their goal is to catch the killer, plain and simple. Ultimately it is about solving the case, but that’s simply the vehicle used to study these characters. Their personal experiences and flaws as human beings will aid and hinder their progress, and that’s what makes them fascinating to read.

Are we to expect largely solo missions or are we likely to see many members of the Batfamily?

Manapul: It’s more of a solo mission. Of course Alfred will be in there every now and then, but this book will primarily focus on Batman, and Harvey Bullock. However their relationship is more of an antagonistic rivalry. They won’t be teaming up anytime soon.

In the same vein, are we to expect a new run of villains, or old favorites, or new versions of old ones?

Manapul: Mostly new and re-envisioned classics. We’re reintroducing the Squid, who’s a Chinese crime lord, along with Sumo, who’s an ex Yakuza member. We’re introducing a new set of villains called the Kings of the Sun. My personal favorite is Gertrude, who is the Squid’s pet Colossal Squid! 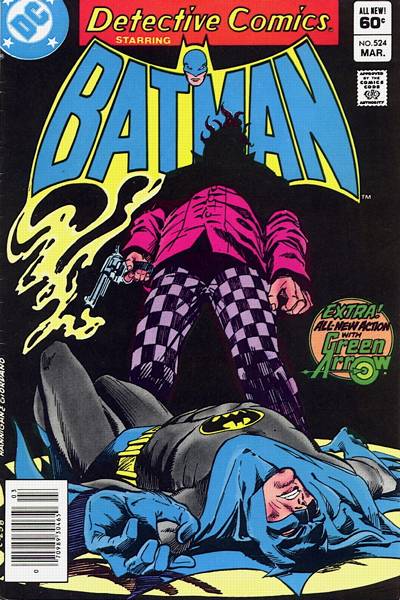 Waaaay back in 1983, the original Squid was instrumental in Jason Todd’s emergence as Robin.

The Flash and Batman have some similarities. They’re both rationalists, they’re science-minded and they’re detectives. And both have excellent villains. But their surroundings and dispositions are almost opposite. How as a storyteller, do you balance these guys?

Buccellato: I don’t think it’s a matter of trying to distinguish between two characters. What’s required of any writer is that they  understand the characters they are writing. These heroes have been around for a LONG TIME (Happy 75th, Bats!) and there is no shortage of source material. It’s our job as writers to know where they came from and what motivates them. Both fellas have tragic beginnings, but HOW they dealt with tragedy is a major dividing line. When I try to write Bruce, I see him in my head as a fully fleshed-out person … and I write in Bruce’s voice. The same holds true for Barry or Captain Cold or even a smart-ass like Trickster. It may sound goofy or simplistic, but that’s the only way I can explain it. 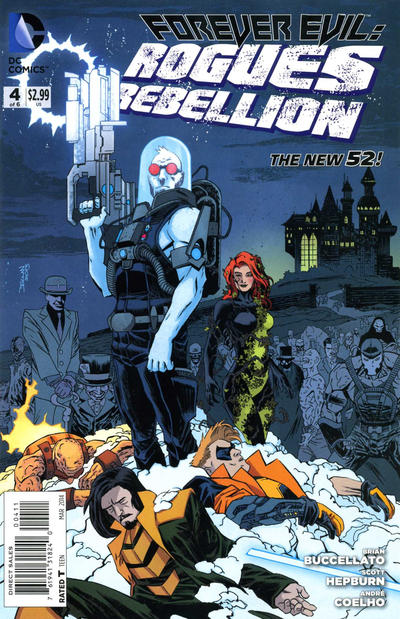 Which rogues gallery do you prefer?

Buccellato: I haven’t had enough experience writing the Bat-gallery to answer that fairly. Also, I just wrote a six-issue miniseries focusing on the rogues of Central City (Forever Evil: Rogues Rebellion), so I might be a little biased. That said, everyone knows that Batman has the scariest and most vicious rogues gallery in all of comics. Flash’s rogues are mostly blue-collar criminals, while Batman seems to have a bazillion different homicidal whacks running around Gotham. It’s like comparing apples to psychopaths. I love Flash’s rogues… but I’m AFRAID of Batman’s.

Now from an artistic standpoint, how differently are you approaching Batman and Gotham from the way you did the Flash and Central City?

Manapul: Gotham is a grittier city than Central, and my main goal is to get that across to the reader. In The Flash I got to play in a world that was sleek and straight-edged, and I experimented with chaotic, yet playful panel designs. When you look at Gotham you can almost feel the smoky air and smell the pungent environment. It’s the kind of place that when you get home you want to immediately wash your hands and face. In contrast to this dense environment, I’m taking a cleaner approach to my paneling, I want the city of Gotham to speak for itself. 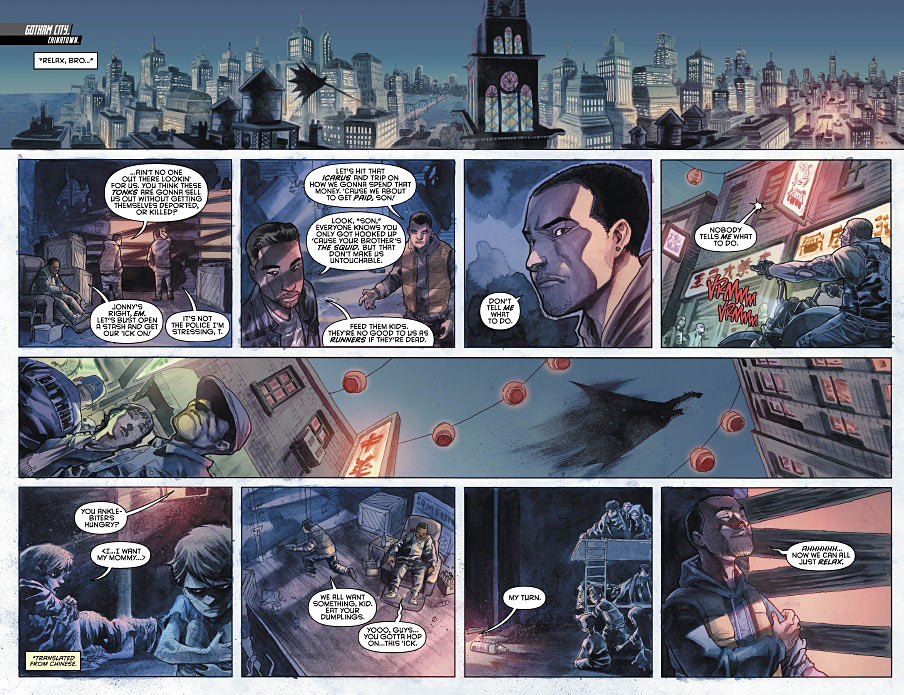 In a nutshell, what can you tell us about “Icarus,” the first arc?

Manapul: The first arc is about the murder of a close associate of Bruce Wayne. When it’s discovered that the death is connected to the reintroduction of a drug called Icarus in Gotham, both Batman and Harvey Bullock are pulled into what’s become a very personal case for both detectives.

Buccellato: It’s a story about family and obligation that is wrapped around a murder mystery that is personal to Bruce. In this story arc, we will force him to deal with his own feelings about fatherhood and family lost … while he does what Batman does.

Quick one: Who’s your favorite Batman character not named Batman?

Buccellato: Jim Gordon. Frank Miller and David Mazzucchelli’s Batman: Year One vaulted him to the top, and he’s been there ever since.

Batbook of the Week: Well, Detective #30, obviously. But there are two other Batbooks worth a look – both trade collections. There’s Vol. 1 of Batman ’66 in hardcover and Batman Beyond: Batgirl Beyond in paperback. If you’re reading this, then you know my predilection for the former, but check out the latter. It’s a neat Future Batgirl story. 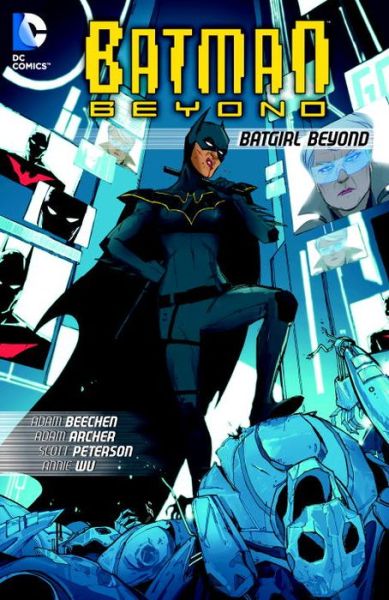