Daredevil #4. This was the first cover I worked on, as I wanted to start with something I was fairly familiar with. My first thumbnails were of DD in action, on rooftops, jumping, posing, etc., but they all seemed tired and done before. Marvel gave me a lot of freedom when I accepted this assignment, so I realized there was no requirement to just do a “standard comics approach” to cover design. I changed tactics and thought about stripping an image to its essentials, focusing on interesting crops and emphasising design. I hit on this image right away, and it formed the mindset I used on all the other covers. 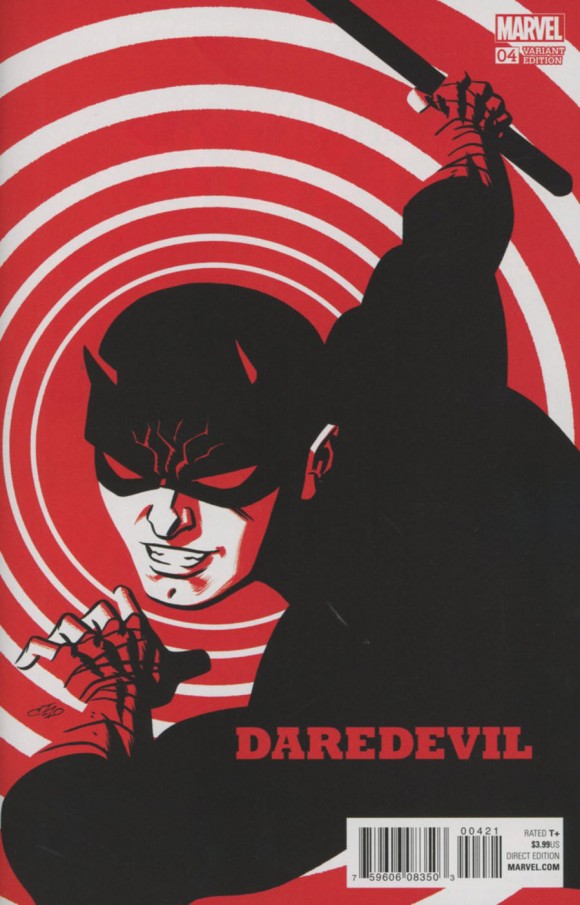 Astonishing Ant-Man #5. The rough I submitted and had approved for this was very different. It was a downshot of a full-size cast shadow on the floor, while Ant-Man himself was tiny in the bottom corner. It worked better in concept than in execution, so at the last minute, I asked Marvel for a do-over and they allowed me to run with this one instead. It’s a similar idea but the up angle makes it work better. 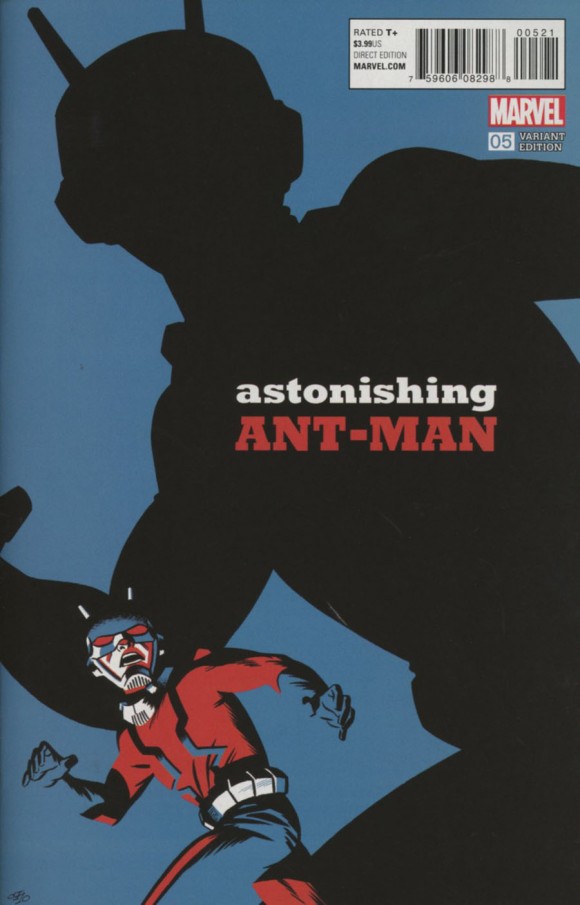 Unbeatable Squirrel Girl #5. Squirrel Girl is my favourite monthly comic right now so I was really excited to draw this one. The pose came together in a brainflash and didn’t change much from thumbnail to final. This is one of a handful of covers I drew digitally, and the rendering is a bit flatter than the others. I cheated with her hair — it should be orange, but having orange hair on an orange background wasn’t going to work. Looking at it now, I wish I’d put Tippy Toe into the drawing, but overall I think this is my favourite cover of the whole batch. 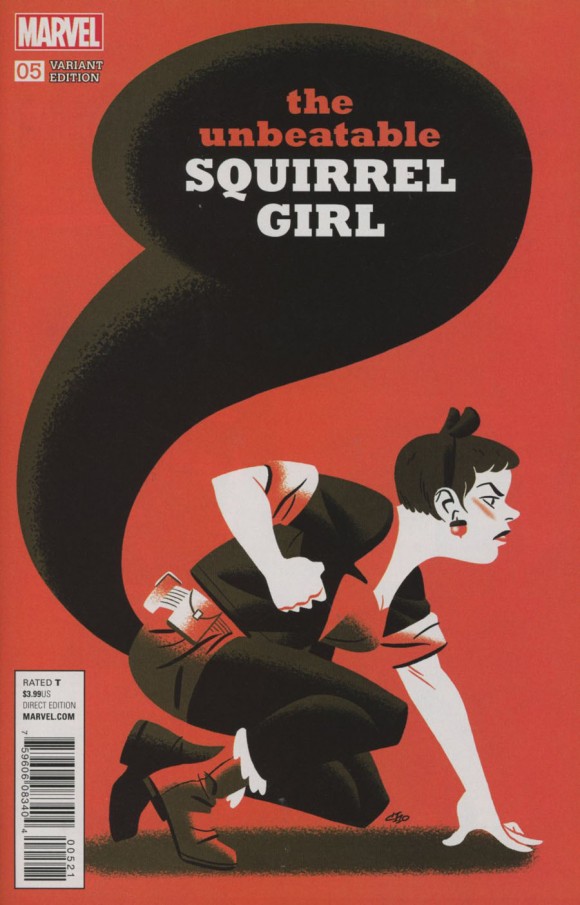 A-Force #3 (due 3/2). The last cover I drew, and one where I deviated a bit more than usual from the template for the series. It’s got 3 colours, not 1 or 2 plus black, and I added a finicky bit of design on the background pattern. This one is a more overt attempt to echo the look of WPA and WWII posters — I conceived it as a recruiting poster for an army. For the second time, my wife was the reference for the main figure. Last time it was Captain Marvel (click here), this time it’s She-Hulk. 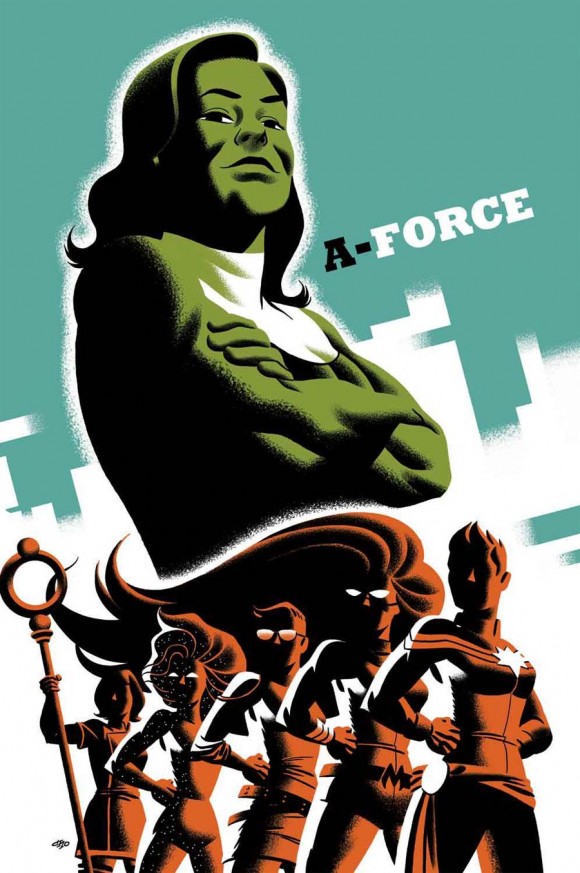