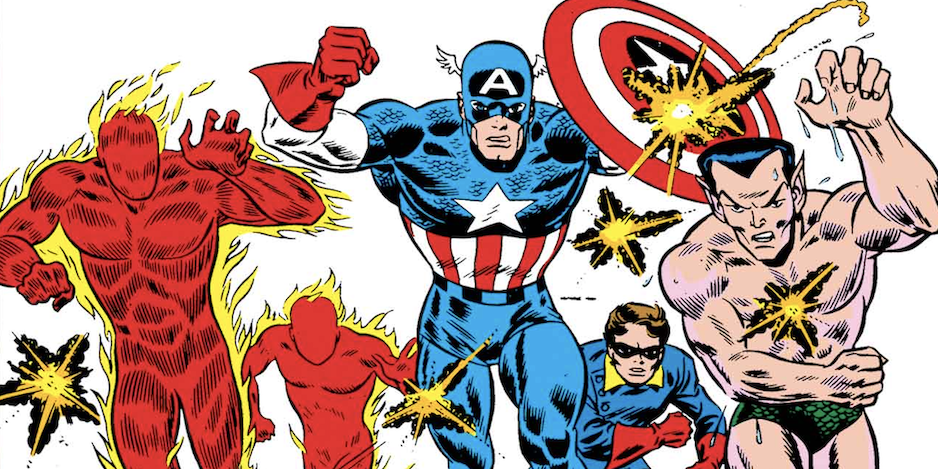 Bronze Age Marvel fans love their Invaders — and why not? Roy Thomas and co. cooked up an exciting series that revisited World War II for a more modern audience.

Well that series — and many of its offshoots — are finally being collected in a single, hardcover volume early in 2022: Invaders Omnibus.

Dig the official description, which was released with Marvel’s October solicitations Thursday: 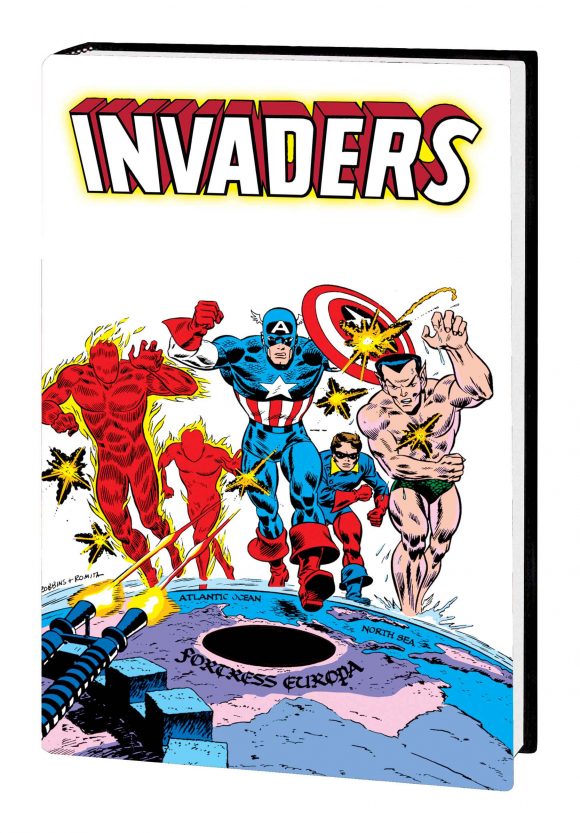 Long before Captain America led the Avengers, he joined the original Human Torch, Namor the Sub-Mariner and more as the mightiest heroes of World War II — the Invaders! With young adventurers Bucky and Toro by their side, they charged into overseas action, taking on Nazi threats such as Baron Blood, Master Man, Warrior Woman and the vilest of them all — the Red Skull! Along the way, the Invaders made new allies including Union Jack, Spitfire and the Liberty Legion. And witness the heroes of two eras collide, as the Invaders battle alongside the Avengers and the Fantastic Four! Collecting GIANT-SIZE INVADERS #1-2, INVADERS (1975) #1-41 and ANNUAL #1, MARVEL PREMIERE #29-30, AVENGERS (1963) #71, INVADERS (1993) #1-4, WHAT IF? (1977) #4, FANTASTIC FOUR ANNUAL #11, MARVEL TWO-IN-ONE ANNUAL #1, MARVEL TWO-IN-ONE (1974) #20 and material from CAPTAIN AMERICA COMICS #22. 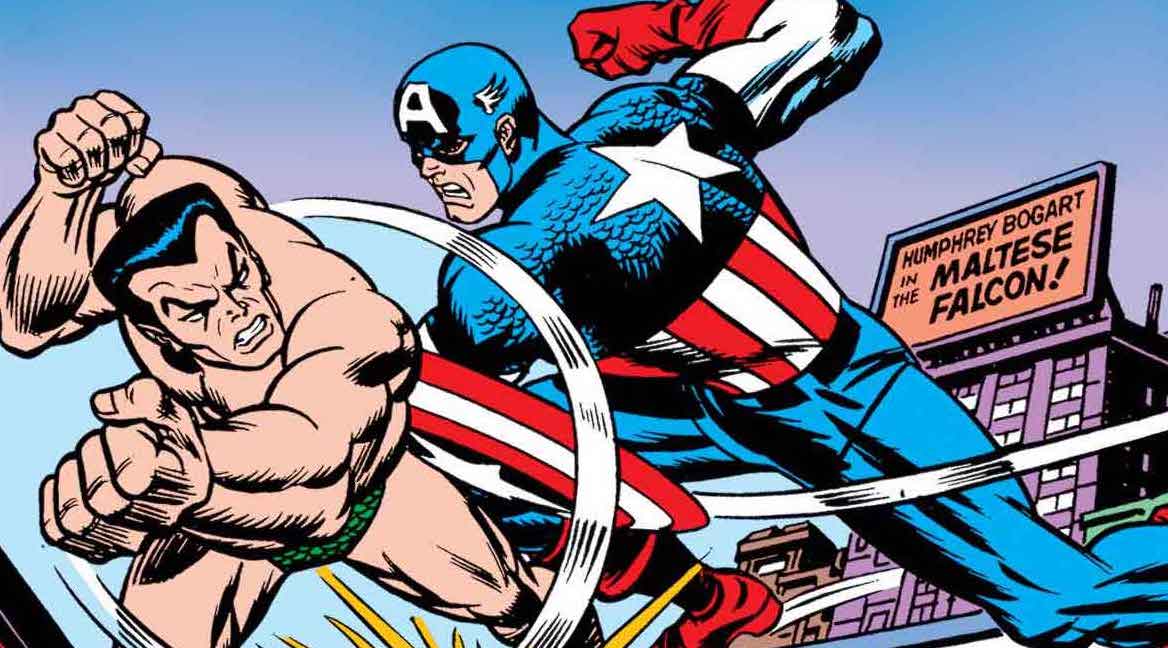 — As noted, there are three covers to choose from — red (by Gil Kane and Frank Giacoia), white (by Frank Robbins and John Romita) and blue (by Jack Kirby and Romita). The Kirby and Kane covers will only be available through the direct market. 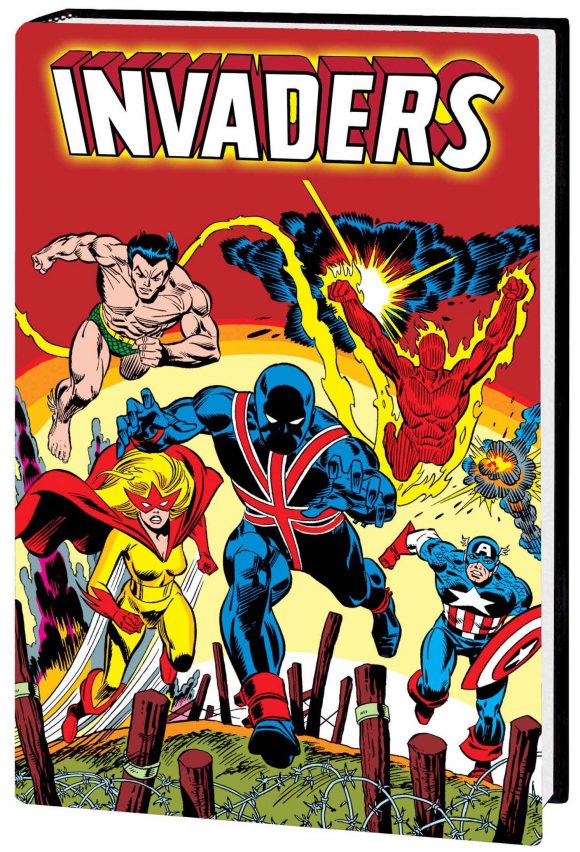 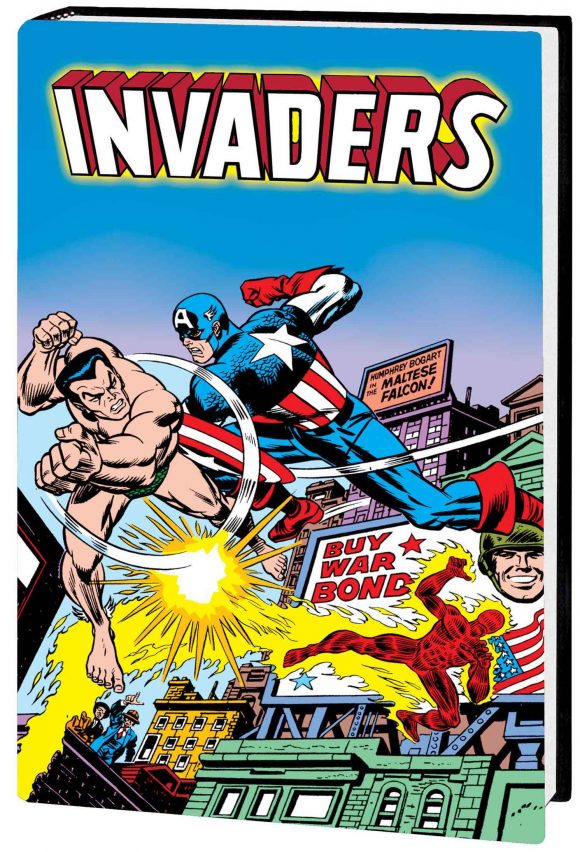