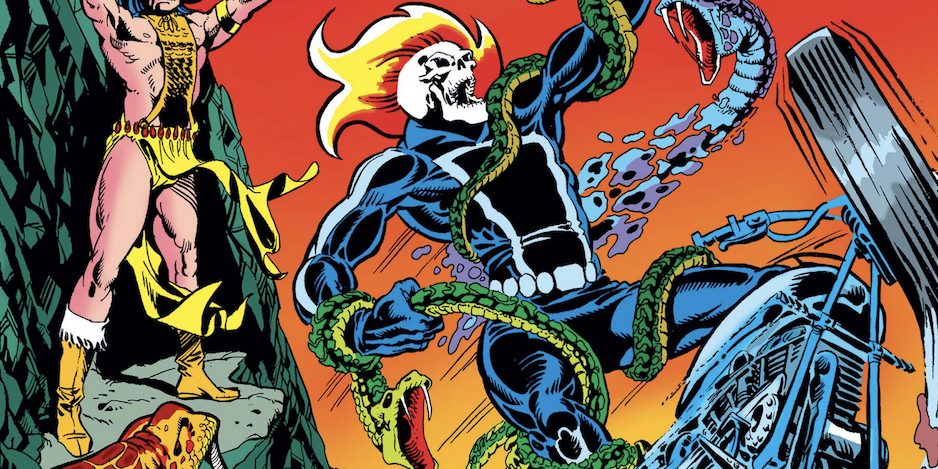 Of the many Marvel characters called Ghost Rider, Johnny Blaze is the most resonant.

Well ol’ Johnny turns 50 in May 2022 — he debuted in 1972’s Marvel Spotlight #5 — and to mark the occasion, the House of Ideas is giving the flaming skull his first Epic Collection. 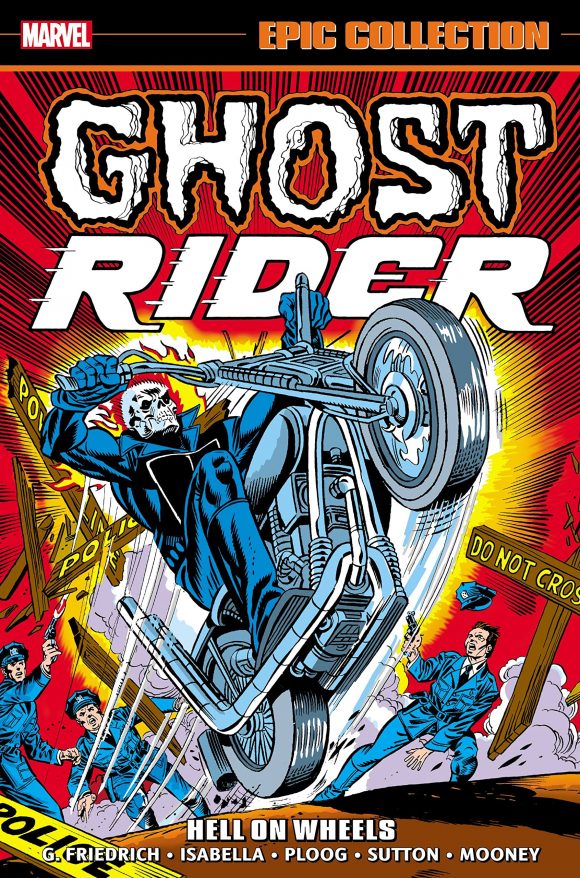 In 1972, one of the most iconic characters in comic book history, the flame-skulled Ghost Rider, burned his demonic presence into readers’ minds. Forevermore, a legion of fans were addicted to the Rider’s combination of hell-on-wheels drama and action-horror adventure. And it begins here when Johnny Blaze makes a deal with the devil to save his friend’s life. The payment due? Transformation into the Ghost Rider. The stories that follow will take the horror hero to Hell to battle Satan, pit him against the tempting Witch-Woman and team him with Daimon Hellstrom, Son of Satan. Written by Gary Friedrich and Tony Isabella and gloriously illustrated by Mike Ploog, Tom Sutton and Jim Mooney. 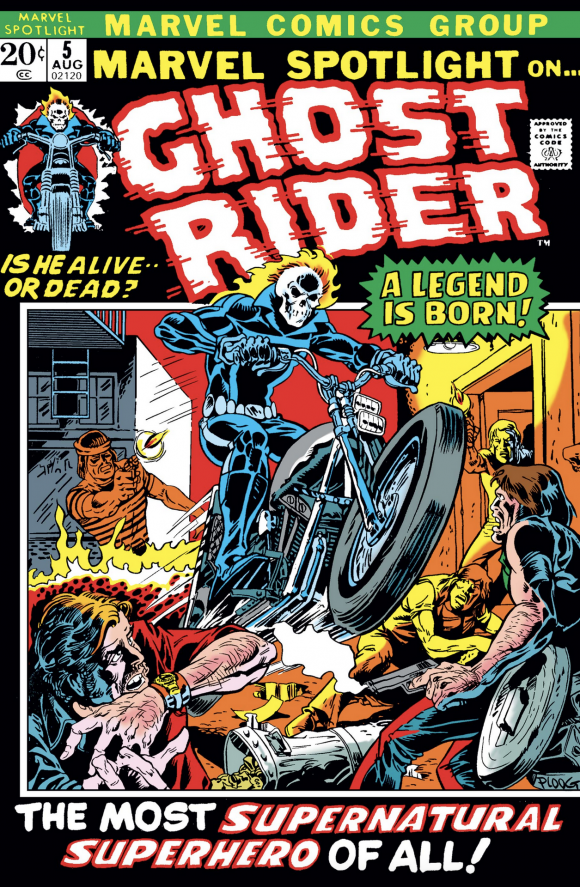 — It’s kind of surprising we haven’t had a Ghost Rider Epic Collection before, isn’t it?

–– Conway and Buscema’s THOR to Get Epic Collection. Click here.