Kirby and Cap’s trip through the centuries returns in time for July 4! 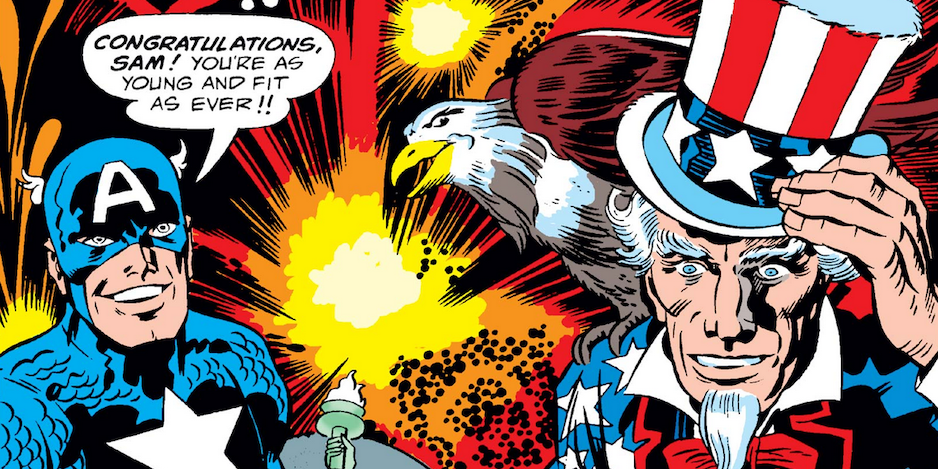 I dig Facsimile Editions, I dig Epic Collections, I dig True Believers comics. I dig anything that replicates an old-school reading experience.

But of all the reprints that are out there, what I probably dig the most are treasury editions, which have made something of a comeback the last few years.

Well, get ready for a big one this summer — Marvel Treasury Special: Captain America’s Bicentennial Battles by Jack Kirby, which will be re-released in all its paperback glory, according to an Amazon listing: Amazon doesn’t offer a description much beyond that other than a June 22, 2021, release date (which means it’ll likely be in comics shops a week or two sooner). 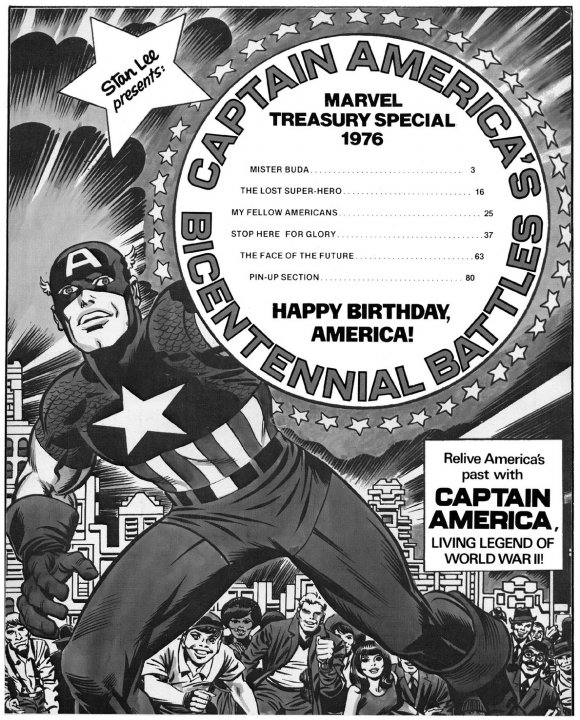 The original table of contents

— Here’s how Marvel describes the original on the publisher’s website: “Commemorating America’s Bicentennial! Check out Captain America’s time-bending adventure as told by Marvel legend and Cap co-creator, Jack Kirby! A history lesson through the ages…starring the First Avenger!” The original back cover

— This issue made Rob Kelly’s list of the TOP 13 TREASURY EDITIONS THAT NEED TO BE RE-RELEASED — RANKED. This is what Rob said about it: “A treasury-sized, all-original Captain America story by Jack Kirby? Do I need to say more? (No.)”