He was famously part of a Squadron Supreme book — and now he’s with Cap.

The New York Post was there to capture the moment when Mark Gruenwald’s widow dusted the statue in Brooklyn’s Prospect Park.

“With his extra ashes we dusted two scoops of Gru on the top of the sculpture,” Catherine Schuller-Gruenwald told the Post, adding that her late husband “threw himself into his work, literally.” 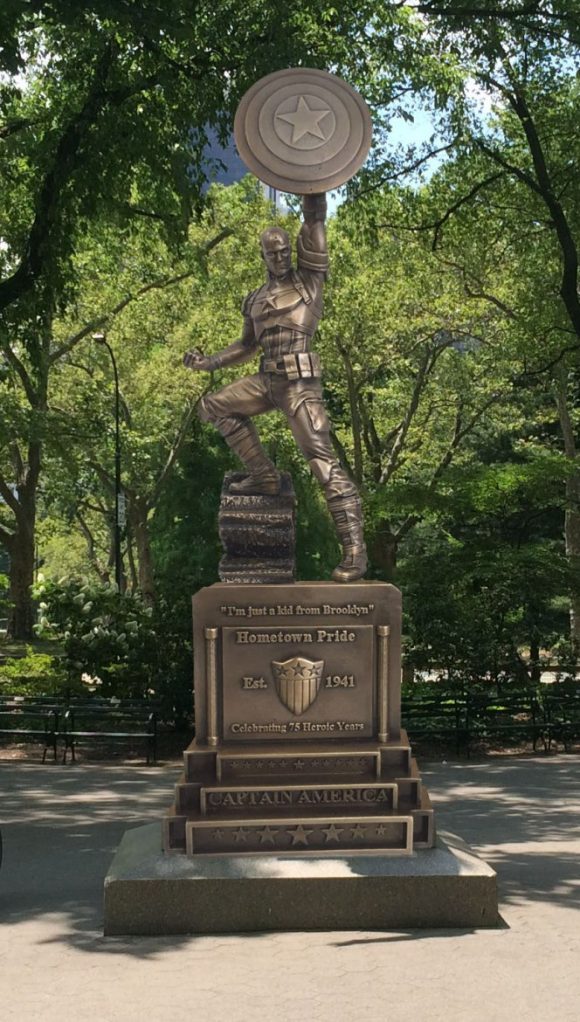 Rendering of the Cap statue, from Marvel.

Gruenwald died 20 years ago this Friday — Aug. 12, 1996 — and one of his wishes was to have his ashes mixed with printer’s ink. Catherine Schuller-Gruenwald made sure it happened — and the editor and writer became part of the first Squadron Supreme trade. 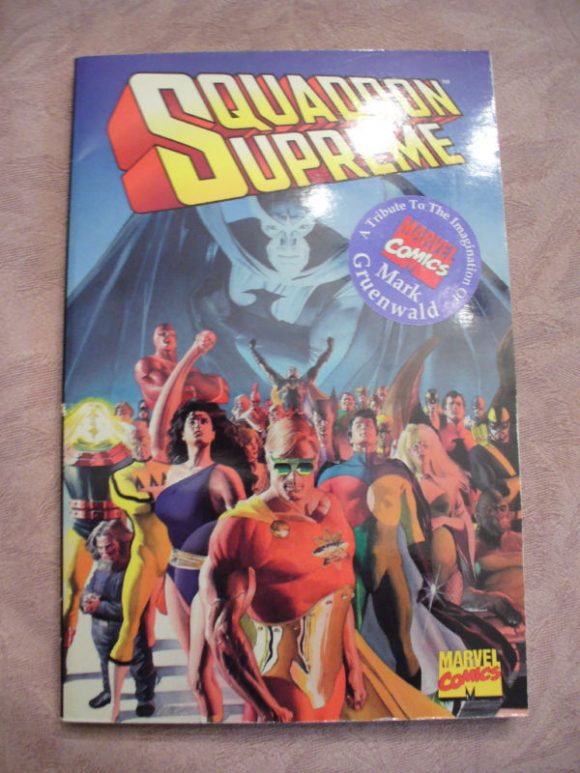 The Captain America statue, which commemorates the star-spangled hero’s 75th anniversary, will be exhibited in different spots around Brooklyn over the next few months.

(UPDATED 8/12/16: Today is the 20th anniversary of Mark Gruenwald’s death. Since this was posted, we’ve been in contact with Catherine — and she’s written a piece about Mark and his legacy, which you can read here.)