LIGHTNING STRIKES: JOHN BUSCEMA and the Power of THUNDRA 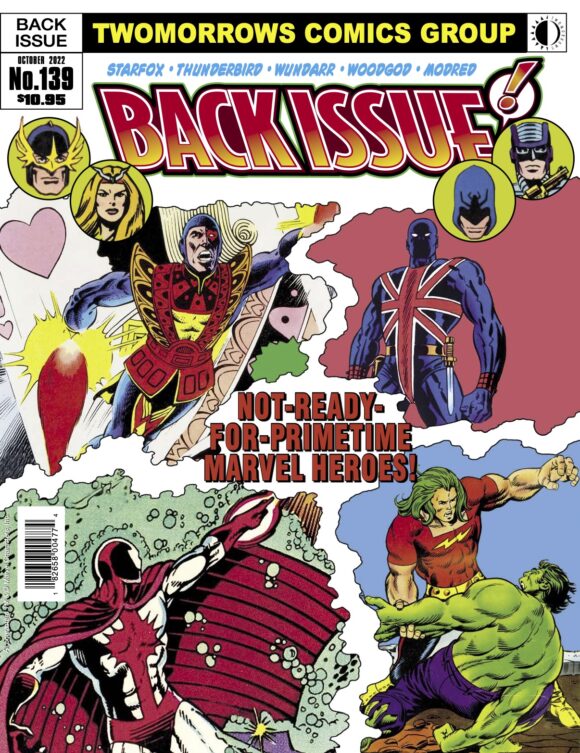 Back Issue #139 is due Sept. 28 and the theme is “Not-Ready-For-Primetime Marvel Heroes!” As in, Stingray, Jack of Hearts, Starfox, Wundarr and many others.

Dig the table of contents – and then stick around for an EXCLUSIVE EXCERPT that delves into John Buscema’s design for Thundra, who made her debut in 1972’s Fantastic Four #129, written by Roy Thomas. 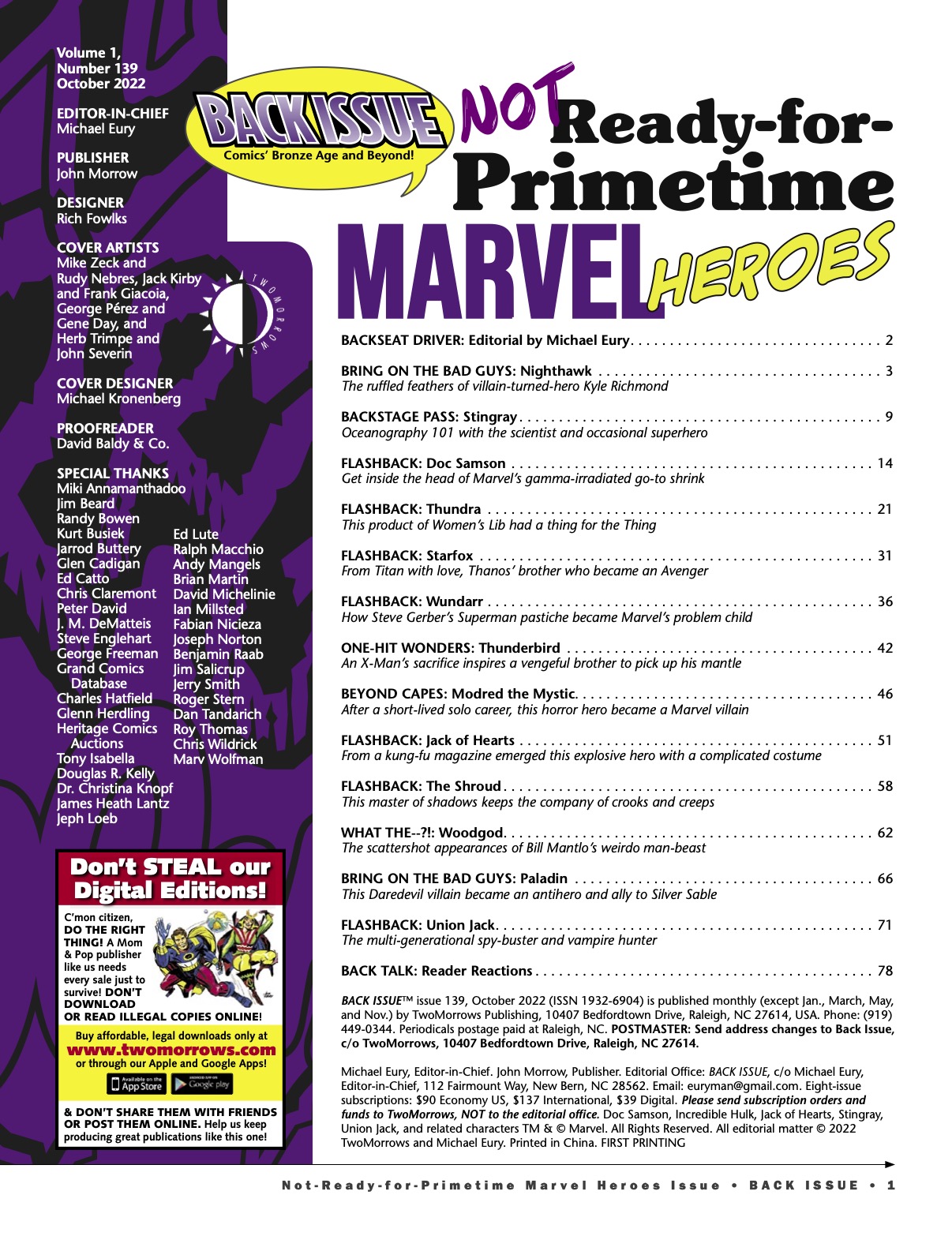 John Buscema, Thundra’s co-creator, designed a striking look for the Femizon. One can consider her outfit an update of the original Captain Marvel’s design, right down to the lightning bolt design, buccaneer boots (originally dark blue, later yellow), and off-the-shoulder look. 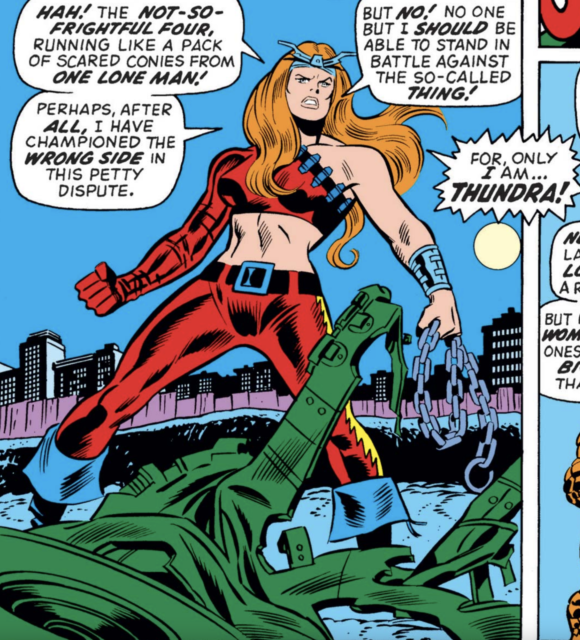 “The Women’s Movement in the early 1970s was in full gear and comics were right there at the forefront,” explains artist Joe Jusko. “Marvel made its mark with the Valkyrie and the Lady Liberators in Avengers #83. The classical design of the Valkyrie was pure John Buscema, an artist who preferred classical design to superheroes (though his brilliant work in that genre always belied his protestations).

A couple of years later, Big John got another shot at a strong, liberated character. Thundra was more generically ‘superhero’ in design than Valkyrie, but Buscema played her for all she was worth. 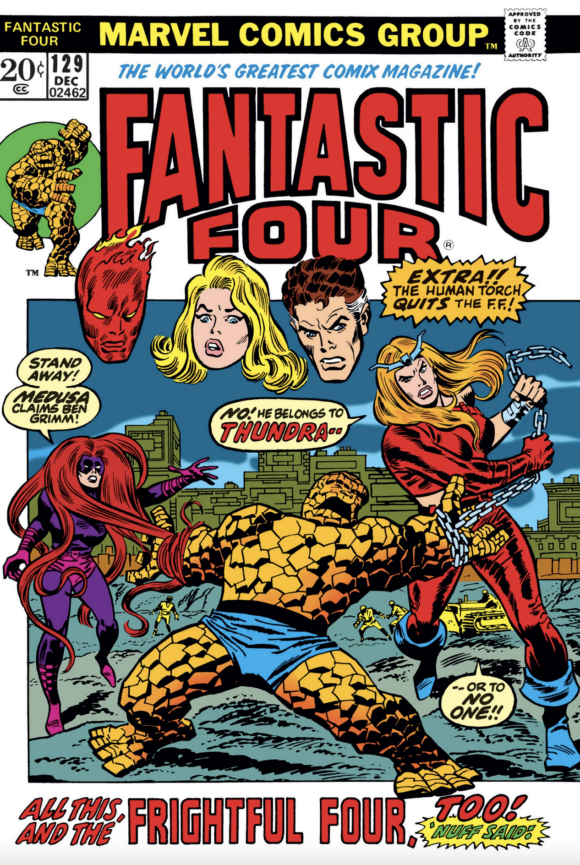 Over 7 feet tall and weighing over 300 pounds, she was built and dressed like a futuristic WWF wrestler, all the while exhibiting Buscema’s undeniable skill at rendering beautiful women. You can tell he had fun drawing as her body language, posturing, and no-nonsense attitude all instantly defined her personality. You could always tell when John embraced a character and this one was pretty obvious.”

Rich Buckler, the third artist to illustrate a Thundra adventure (Fantastic Four #148–149), was also drawn to strong female characters. “Medusa was OK,” he reported in Back Issue #74. “She had a great look, with all that hair, and she moved a lot. But she wasn’t a particular favorite of mine. Thundra was more fun to draw. And overall, I prefer drawing female characters in aggressive roles. Feminine, but strong—and not helpless. The ‘helpless female’ is such a boring cliché.”

Back Issue #139 is due Sept. 28, but may arrive later in some places due to the vagaries of shipping. It’ll be available at your fave comics shop or magazine seller but you can also order it directly from publisher TwoMorrows. Click here.