LEE, KIRBY and the Case of Who Created the MARVEL UNIVERSE

Home » COMICS HISTORY » LEE, KIRBY and the Case of Who Created the MARVEL UNIVERSE 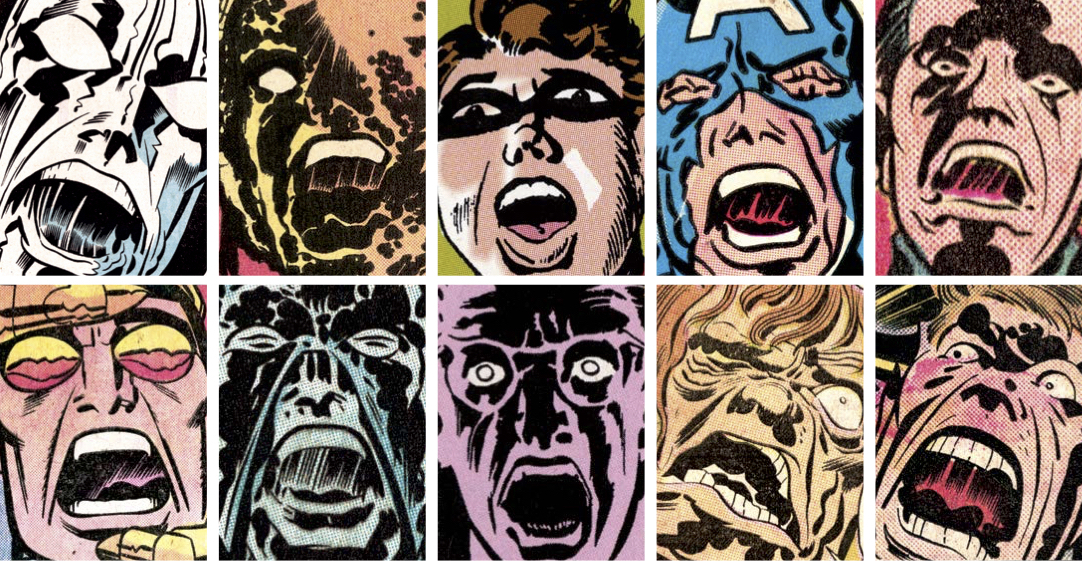 For decades, fans and creators have debated, re-debated and debated again just who deserves what credit for the creation of the Marvel Universe in the ’60s: How much of it was Stan Lee, how much Jack Kirby, and how much a combination of the two? (Not to mention contributions from others like Steve Ditko and the rest of the mythic Marvel Bullpen.)

And there have been plenty of books, magazines, lawsuits, essays and online forums devoted to this very question. But none have tackled the dispute quite like Kirby & Lee: Stuf’ Said! by John Morrow, which is due out 1/9.

Across 160 full-color, illustrated pages, Morrow parses through decades of interviews and other documents to present a granular oral history that attempts to delineate just who was responsible for what, and when. Morrow — the head of TwoMorrows, which publishes 13th Dimension favorites Back Issue and Alter Ego, as well as excellent comics biographies and pop retrospectives — makes his own conclusions but has constructed the text in such a way that readers are urged to draw their own. 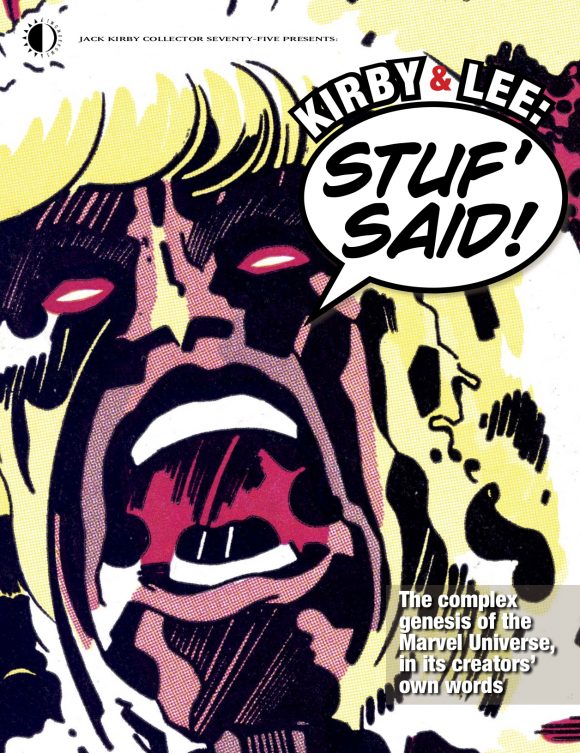 The book is broken down by specific years or time periods and quotes are color-coordinated. Lee’s comments are in red, Kirby’s in blue, Ditko’s in green and others are in light brown. (There is also special emphasis when the players discuss plots and scripts — general concepts that are particular bones of contention.) The style lends the book a conversational feel that gives the reader the illusion that they are listening to these comics giants debating in real time. The effect is intimate and illuminating.

In this EXCLUSIVE EXCERPT, we take a look at 1962, when the Marvel Age picked up substantial momentum. The Fantastic Four had already debuted, but now Marvel was aiming to expand… 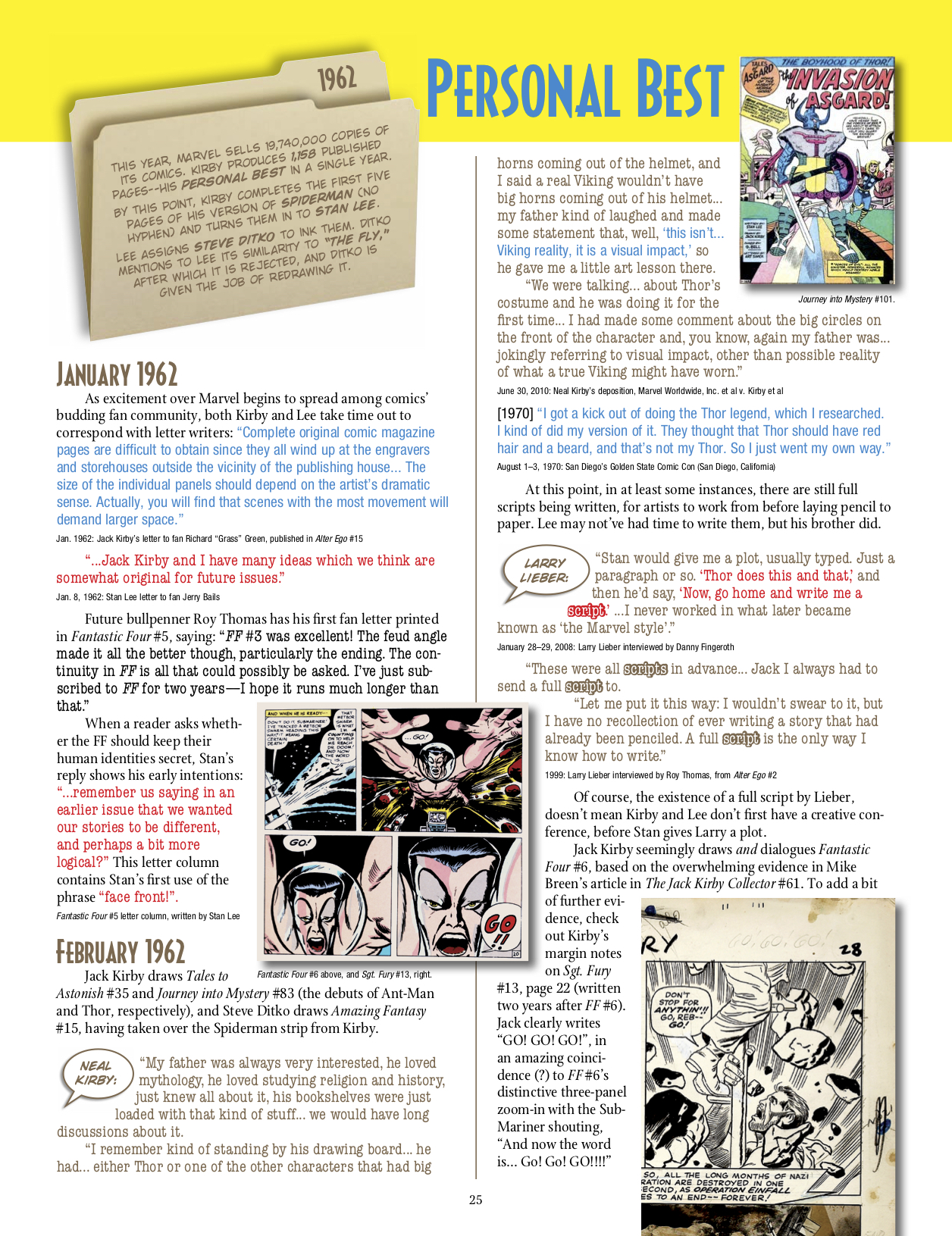 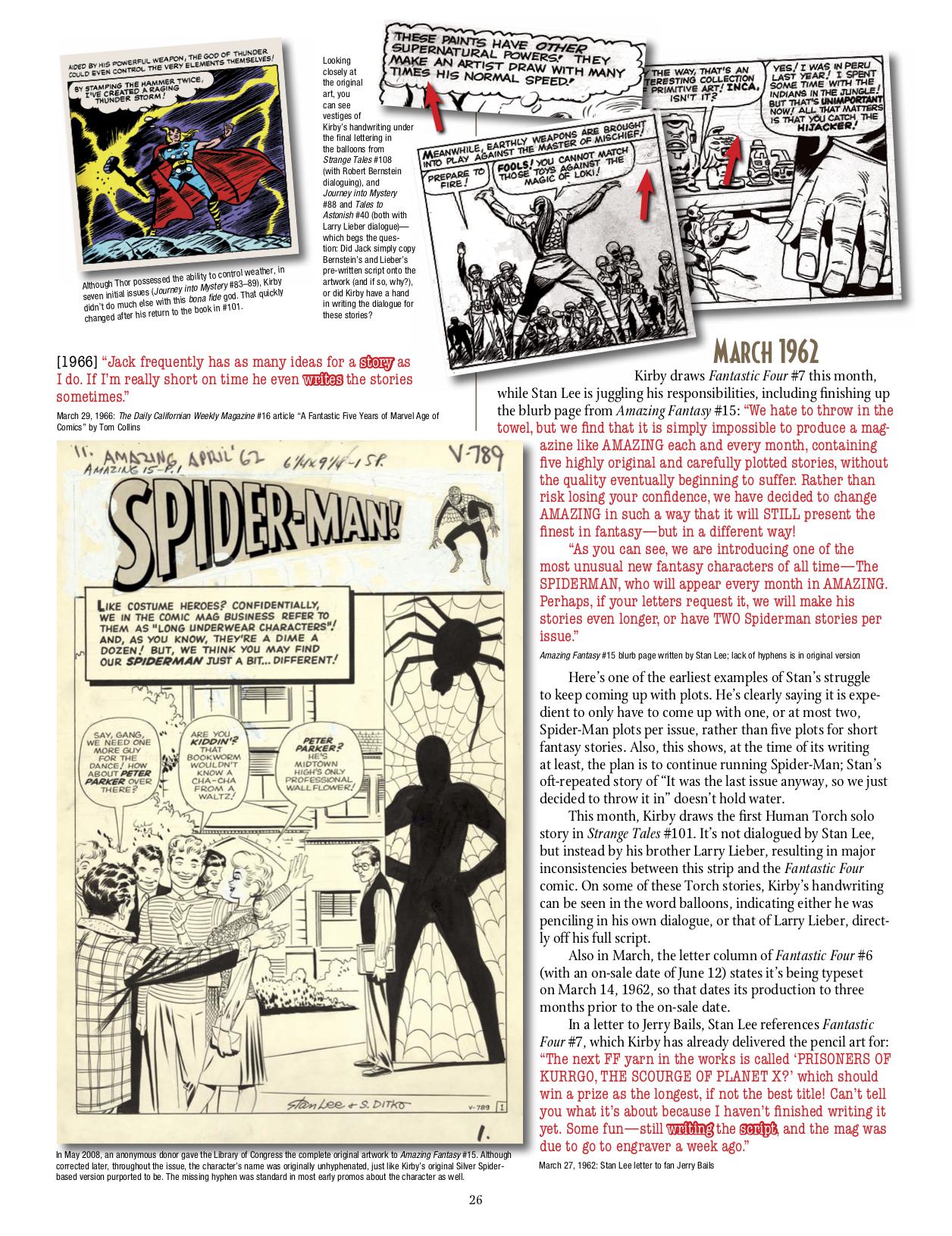 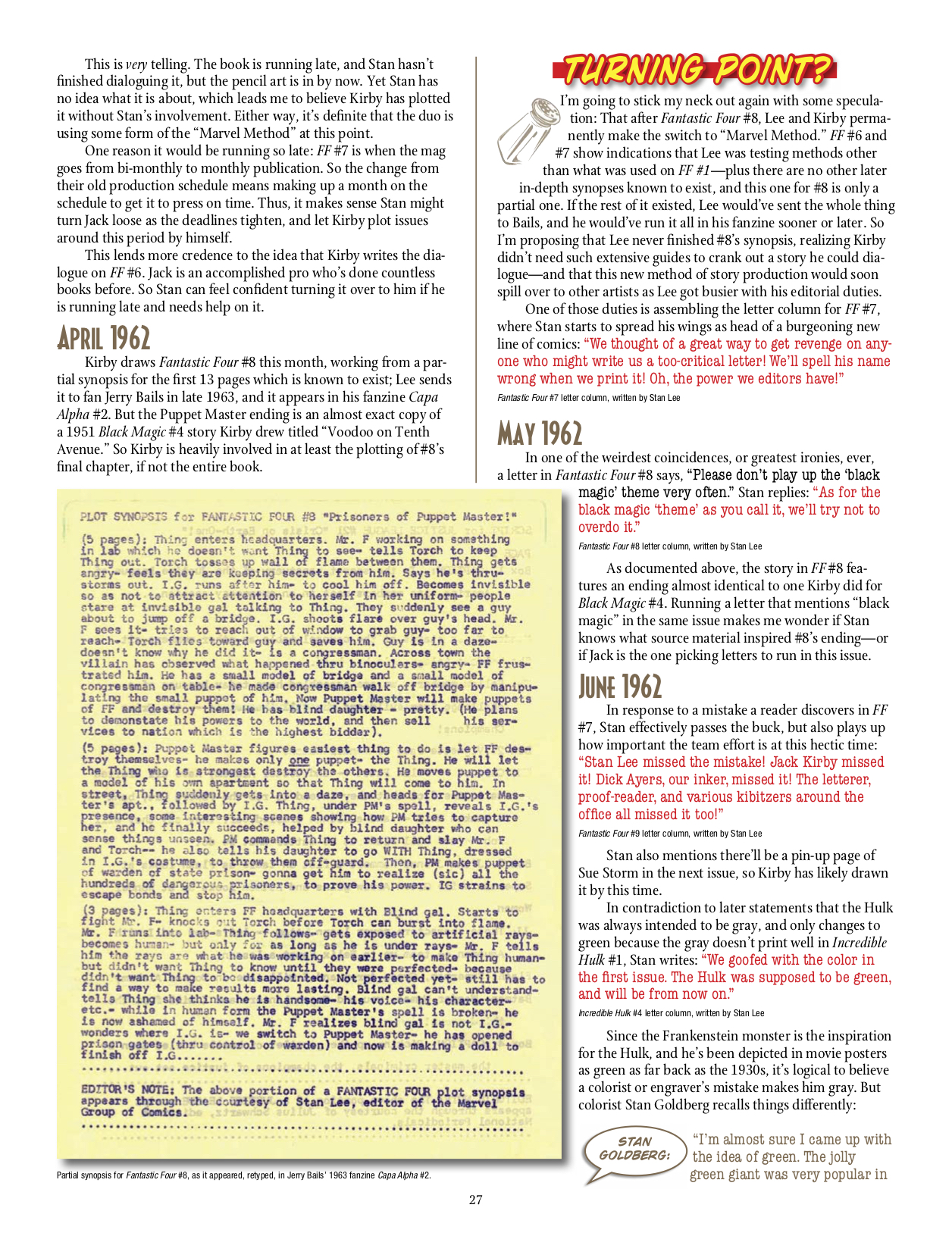 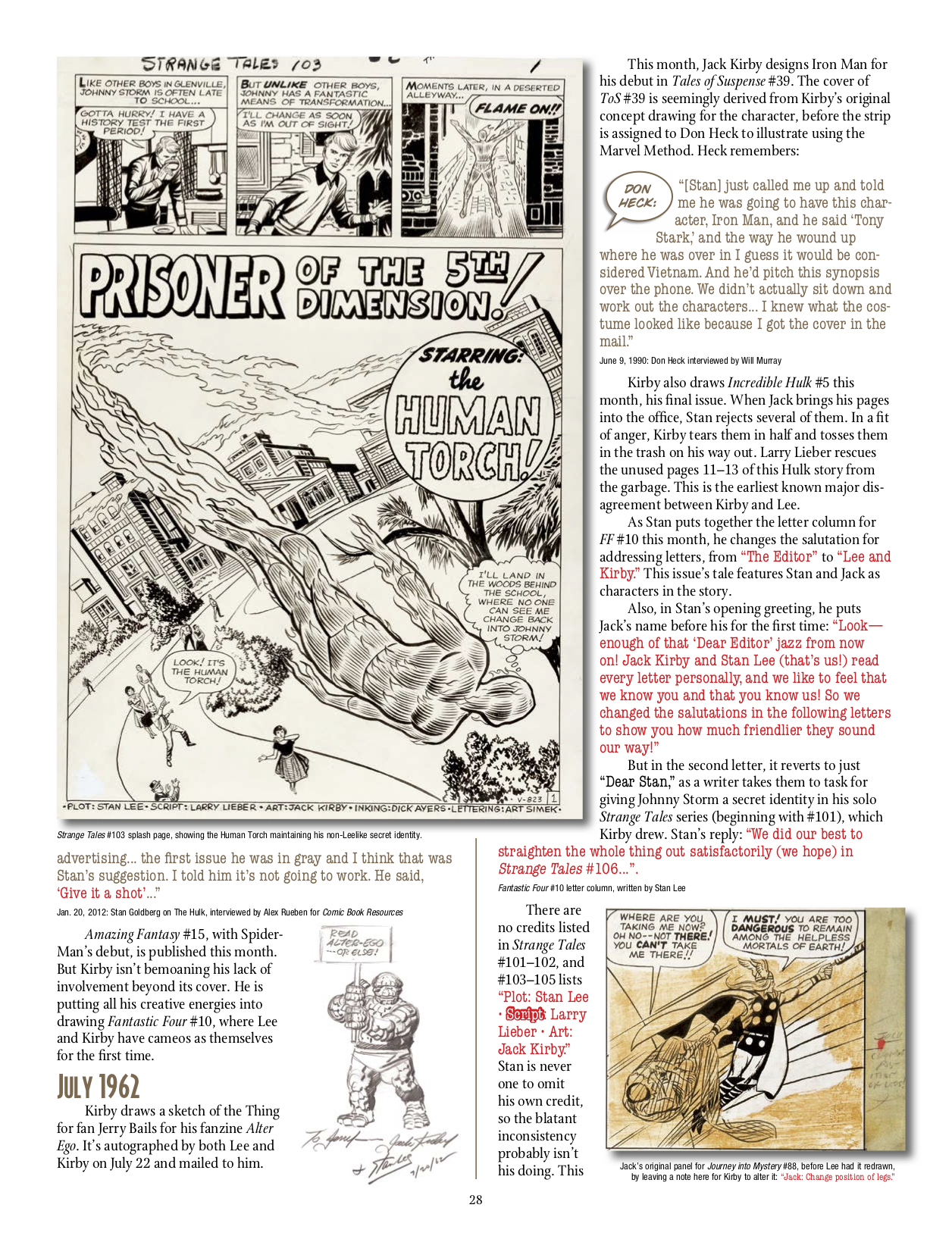 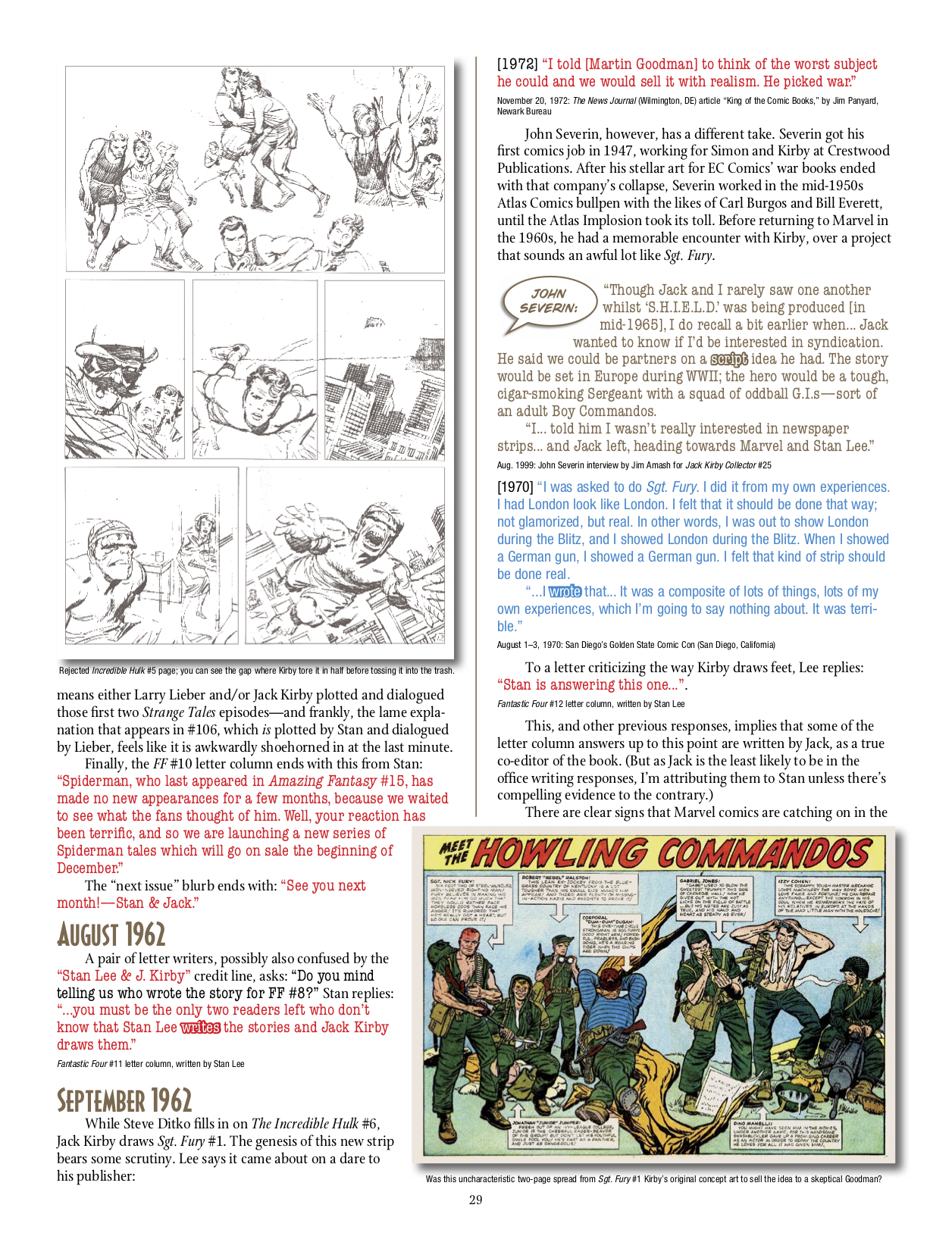 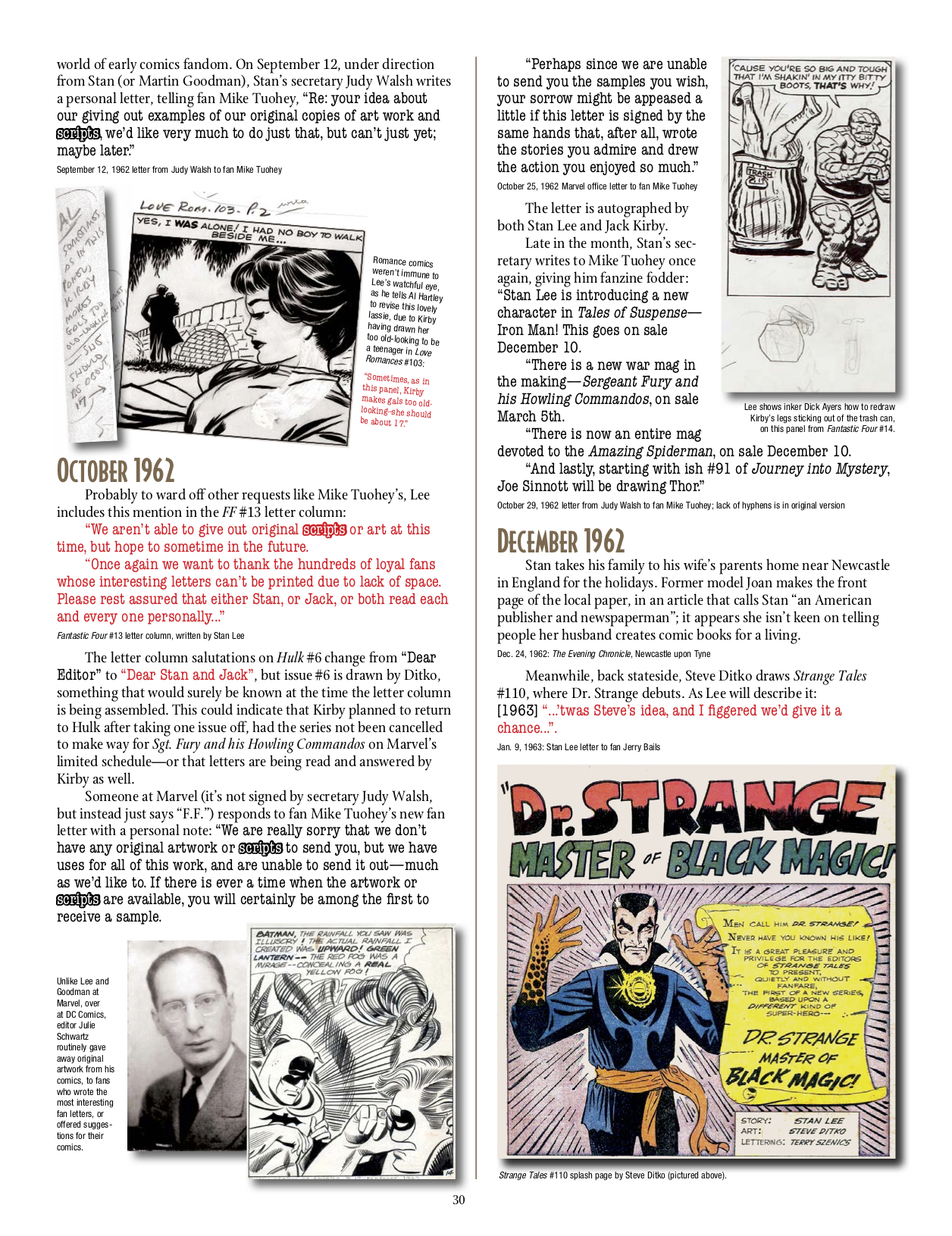 Now, as I like to say, this just scratches the surface. The book also covers the years that led up to the Marvel Age, as well as the rancorous decades that followed Kirby’s first departure from the House of Ideas.

The book is exceptionally detailed and is a must-read for anyone interested in the legacies of Kirby, Lee and Ditko, as well as the seismic impact they had on what became a billion-dollar pop-cultural juggernaut.

Kirby & Lee: Stuf’ Said! lists for $24.95 and will be available at comics shops and other retailers. You can also get it directly through TwoMorrows. Click here.