Sorry about being absent last week but life has been rather challenging lately. However, that’s no excuse, so sorry! But enough about that, let’s talk comics.

Every time I unpack boxes at Aw Yeah Comics on Tuesday, I think, “There aren’t many comics this week!” I say this even when I have seen the invoice and know what comics are out. What can I say, I’m a visual person. But, every week, well, at least most weeks, I’m wrong and after they are all out on the shelf, I just get giddy. I love that there are so many amazing comics out every week and I love being a very small part of this industry. Every week I do this. I just love comics.

So, enough chatter. Let’s talk about what my picks are this week! Choosing is never easy, but this week it was REALLY difficult!

First, DC’s Batwoman #1 from James Tynion, Marguerite Bennett and Steve Epting is a dang near perfect comic. It is exactly what a #1 issue should be. It introduces the character to people who don’t know her in a way that is still compelling to the veteran Batwoman fan. There’s action, there’s humor, there is amazing story, and the art is bat-tacular. I am a big fan of everyone involved in this comic and I expect every issue to be great, but this surpassed even my expectations. Keep it up Bat-team! 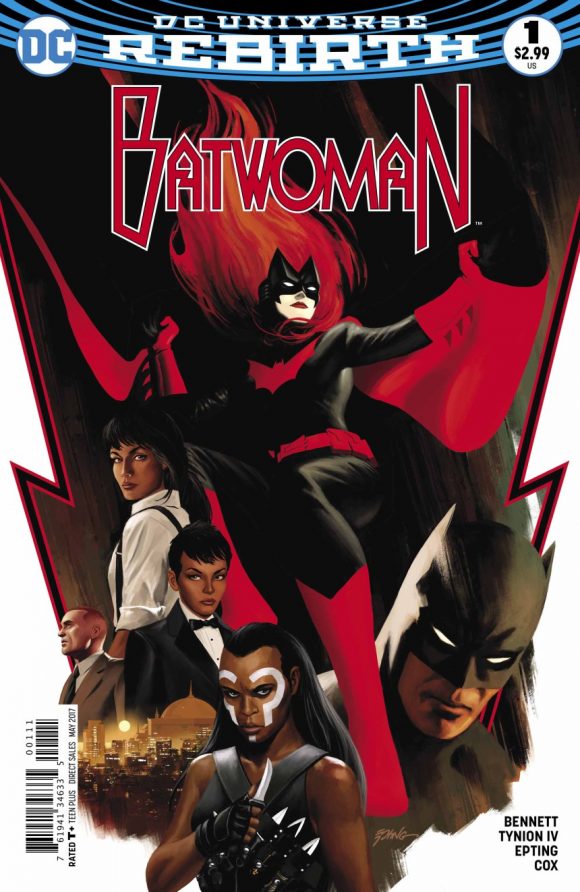 Next, IDW gives us Star Trek: Deviations #1 from Donny Cates and Josh Hood. I read this Wednesday morning when I was feeling down for personal reasons and the doctor could not have recommended better medicine for what ailed me. This “What If” story — about what would happen to our heroes if the Romulans discovered Earth before the Vulcans — is so touching. It brought tears to my eyes and gave me goosebumps. I couldn’t stop thinking about it all day. And the next day, too. It gave me hope. And it did something that I didn’t think was possible. It made me love Star Trek even more. 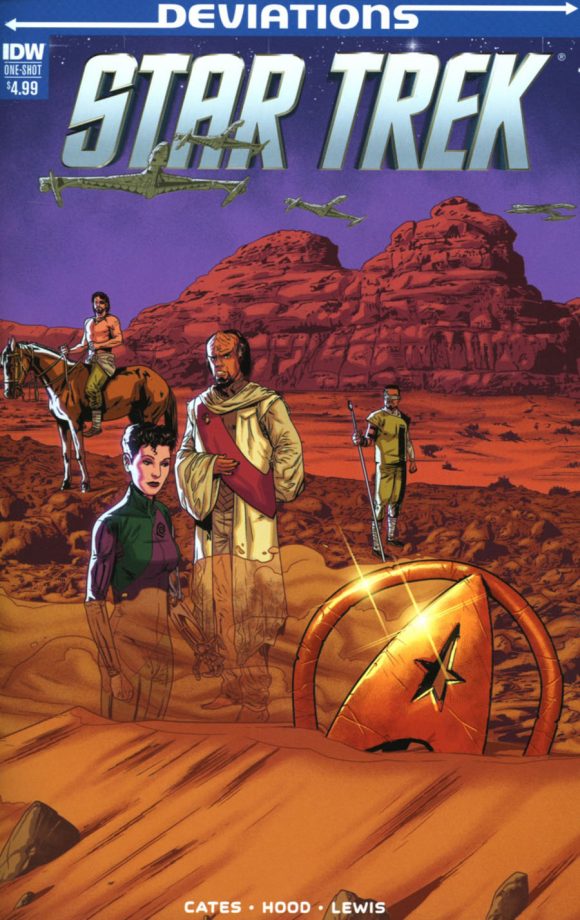 All I’m saying is that, “If you are reading this then there’s still hope.” That is EXACTLY how this book made me feel! 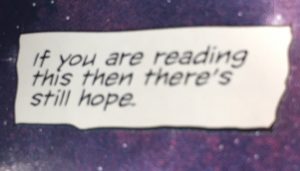 Third, and probably no surprise, is Dark Horse’s comic version of American Gods #1 from Neil Gaiman, P. Craig Russell and Scott Hampton. (Somewhat of a SPOILER is next so skip the next paragraph if you haven’t read the book, the comic, or seen the trailer for the TV show!) 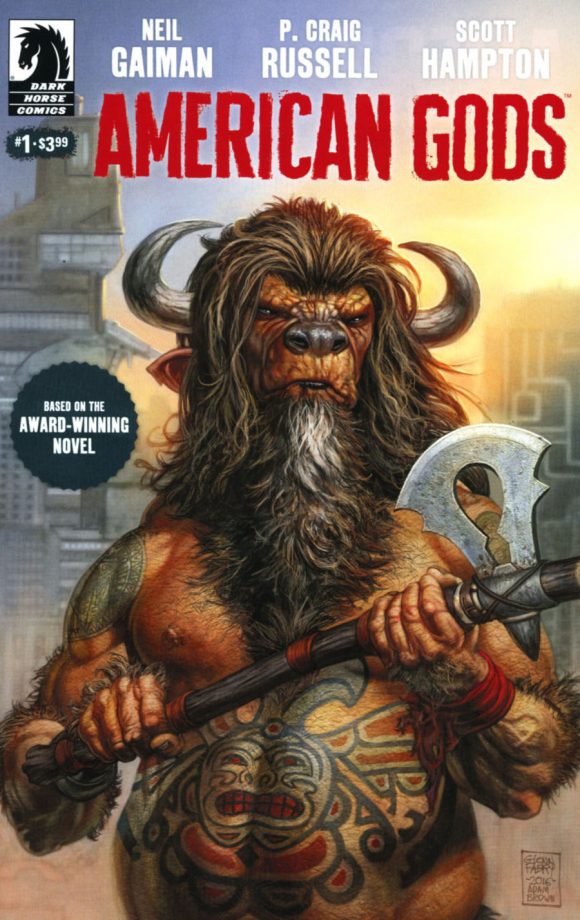 I knew this would be good, but it was actually great. The funny thing is, I read the issue Tuesday night then retired to watch some television. I am woefully behind on my shows so I was getting ready to watch the last Supergirl. While I was putting it on, I could still hear the channel in the background. All I heard was a guy saying that the good news was someone was getting out of jail early but the bad news was his wife was dead. I thought to myself, “WAIT! They stole this from American Gods.” I quickly checked to see what it was, aaaaaand it was the ad for American Gods. I knew then that I just needed to go to sleep. Which I did. But, right after Supergirl (I’m now caught up on that but still behind on Flash, Legends and SHIELD!).

Anyway, get this book. The hardest decision will be which cover because they are ALL spectacular! (Note from Dan: Get this one.)

Lightning Round. I know it’s cheating a little bit, but I am choosing the Doctor Who: The Complete History Volumes from Hatchett Partworks. They hadn’t shipped in a while and this week there were NINE of them. I confess I haven’t read them all yet, but I have read the previous ones and I’m sure these will live up to the reputation. And they look SO pretty on the shelf! … Image’s God Country #3 from Donny Cates and Geoff Shaw continues to be one of the most intriguing books on the shelf! Donny is 2 for 2 this week and I’m REALLY looking forward to Redneck! … Also, T is for Tardis from BBC books is “A is for Amazing!” And yes, I got two copies: One to keep on my shelf, and one for future (please not ANY time soon) grandkids. Or I can just read it to my dog. I’m good with that.

That’s all for now, kids! Look for another column shortly. I am going to talk about what 13 things excite me in the latest Diamond catalog. And whatever you think about Diamond, that catalog is always amazing. Yes, after going through it I need a drink, but there is so much in it. It’s just plain fun! So until then, keep reading comics and be kind to each other!