KRAVEN’S LAST HUNT: A SPIDER-MAN Epic for the Ages

THE SPIDER’S WEB: An INSIDE LOOK at a story that’s as great now as it was then…

Let’s get the big picture stuff out of the way first: 1987’s Kraven’s Last Hunt is, hands down, one of the best Spider-Man stories ever told.

The six-part story, crafted by the legendary creative team of writer J.M. DeMatteis and artist Mike Zeck, is to Spider-Man in many ways what The Dark Knight Returns is to Batman. Is that a stretch? Maybe. I certainly don’t think so.

There’s little I can add to the chorus here that hasn’t been said already. The pairing of DeMatteis and Zeck on Spidey not only recalibrated the character for decades, but also salvaged and repositioned a B-list Spidey rogue in unexpected, eye-opening ways. Lazier writers tend to lump this story with the era of “grim and gritty” storytelling without marking it — alongside books like Watchmen, Dark Knight, Camelot 3000 and more — as an exception. The reason for the era, not so much a byproduct of it. 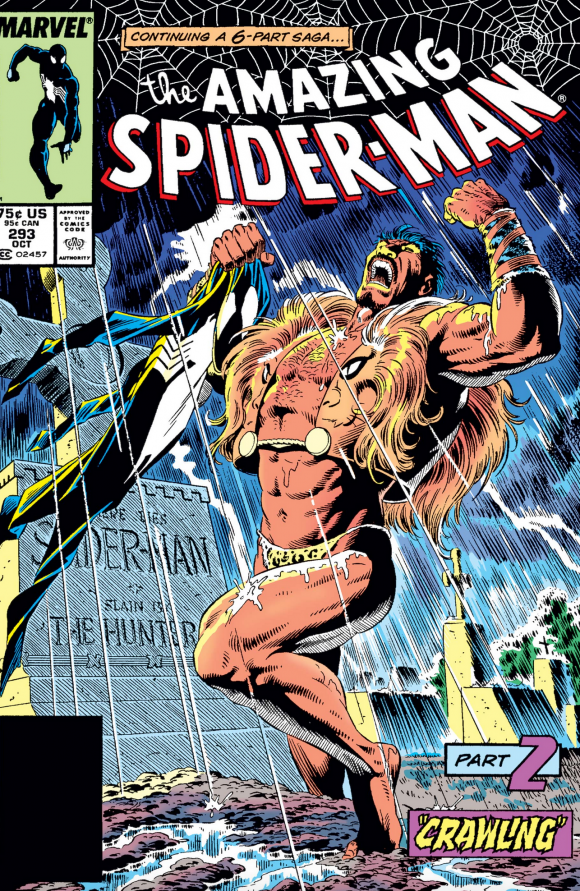 In short, Kraven’s Last Hunt is a stone cold classic. If anyone says otherwise, they’re out of their minds.

Originally serialized across all three Spider-Man books for three months*, Kraven’s Last Hunt came at an opportune time — Spidey had just gotten married and was reeling from a relatively fallow period in terms of stories. The great DeFalco/Frenz era had ended abruptly, leaving the books mired in a complicated and confusing Gang War storyline and a clumsy resolution to the long-running Hobgoblin saga. In short? Spidey needed a booster shot.

It got that and lots more with Kraven’s Last Hunt — a pulse-pounding tale loaded with character, pathos, psychological horror, and lasting consequences. The kind of story you don’t see much in serialized comics — at least in terms of lasting change. For the most part, the after-effects of the story stuck around, even as the universe and Spidey’s own backstory was morphed and changed. 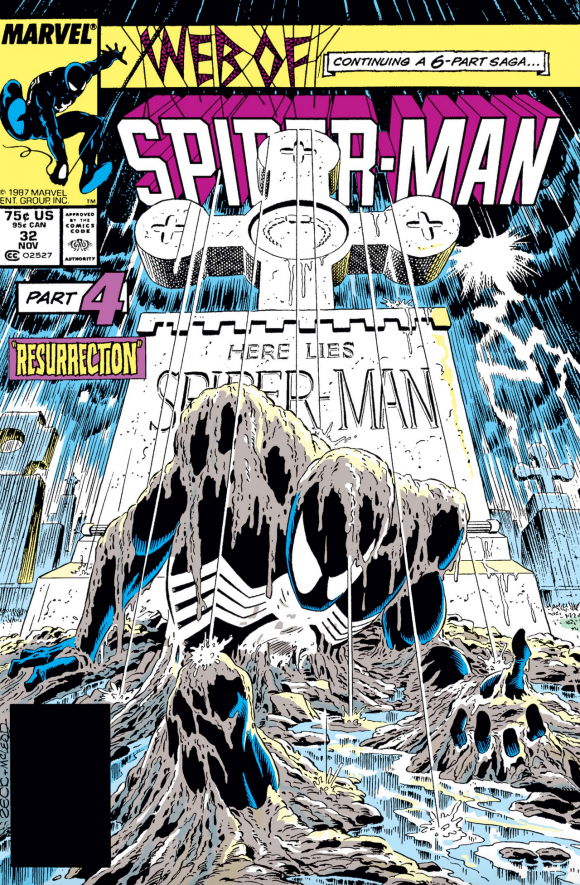 The story, which focuses on an aging and fading Kraven looking to take down Spider-Man in order to prove himself superior to his greatest foe, doesn’t pull any punches: Kraven takes down an unsuspecting Spider-Man halfway into the first chapter.

This immediately takes our star off the board, and sends the adventure careening downhill. We see how Spider-Man’s absence affects all sides — from Mary Jane, wondering if her new husband has died, to the police, wondering who this new, more brutal Spider-Man is, to Kraven himself, finally victorious after years and years of humiliating defeats.

It’s a layered and complex tale that analyzes the core of Spider-Man: Is he truly something else when he puts on the mask, or is his true strength his fallibility and humanity? Kraven soon comes to his own conclusion, discovering that his quest to become “the Spider” missed the mark — and ignored the most important part of the hero, the Man. 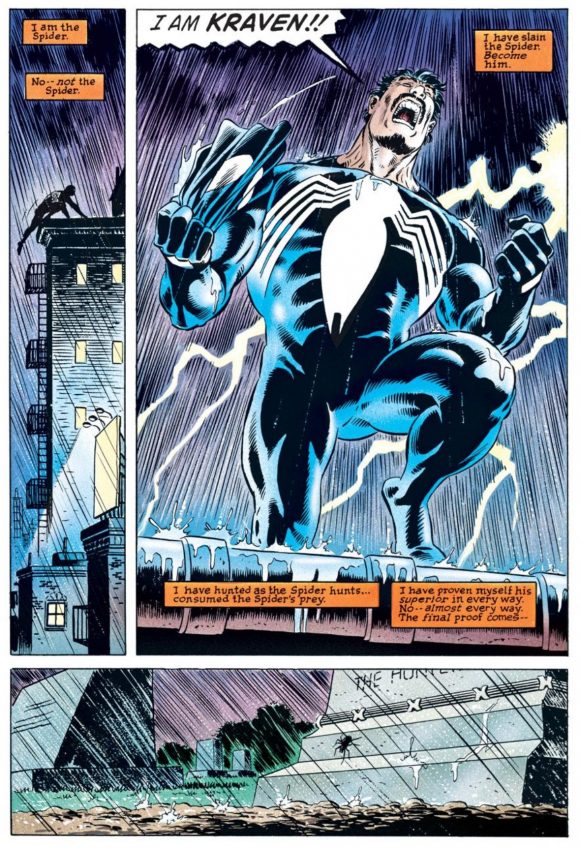 Even when he proves himself “better” than Spider-Man, by first defeating him and then handily trouncing rat-man villain Vermin (a monster Spidey could only defeat previously with the help of Captain America), Karven still struggles with his own demons and darkness — rooted in his violent upbringing and twisted sense of self.

It’s not a shocker to reveal Spider-Man survives — having only been heavily sedated by Kraven — but he’s left permanently scarred by the incident, which had Kraven burying him alive while the Hunter traipsed around New York in Spidey’s black costume, cutting a bloodthirsty swath across the city. It makes for a stirring, disturbing contrast — the light-hearted Spidey we know and love compared to the violent, brutal Kraven-Spidey who dominates the first part of the story.

DeMatteis is a master at not only telling an action-packed and engaging story, rife with plot twists and compelling beats, but is also particularly gifted at getting inside the heads of his characters and giving readers threads to pull and think about. I mean, this is Kraven, guys. Prior this this, it’s not a stretch to say he was a joke, having not appeared in the main Spider-Man book since Denny O’Neil wrote him (and debuted Calypso). It also wouldn’t be a stretch to say he was the sixth most interesting member of the original Sinister Six. 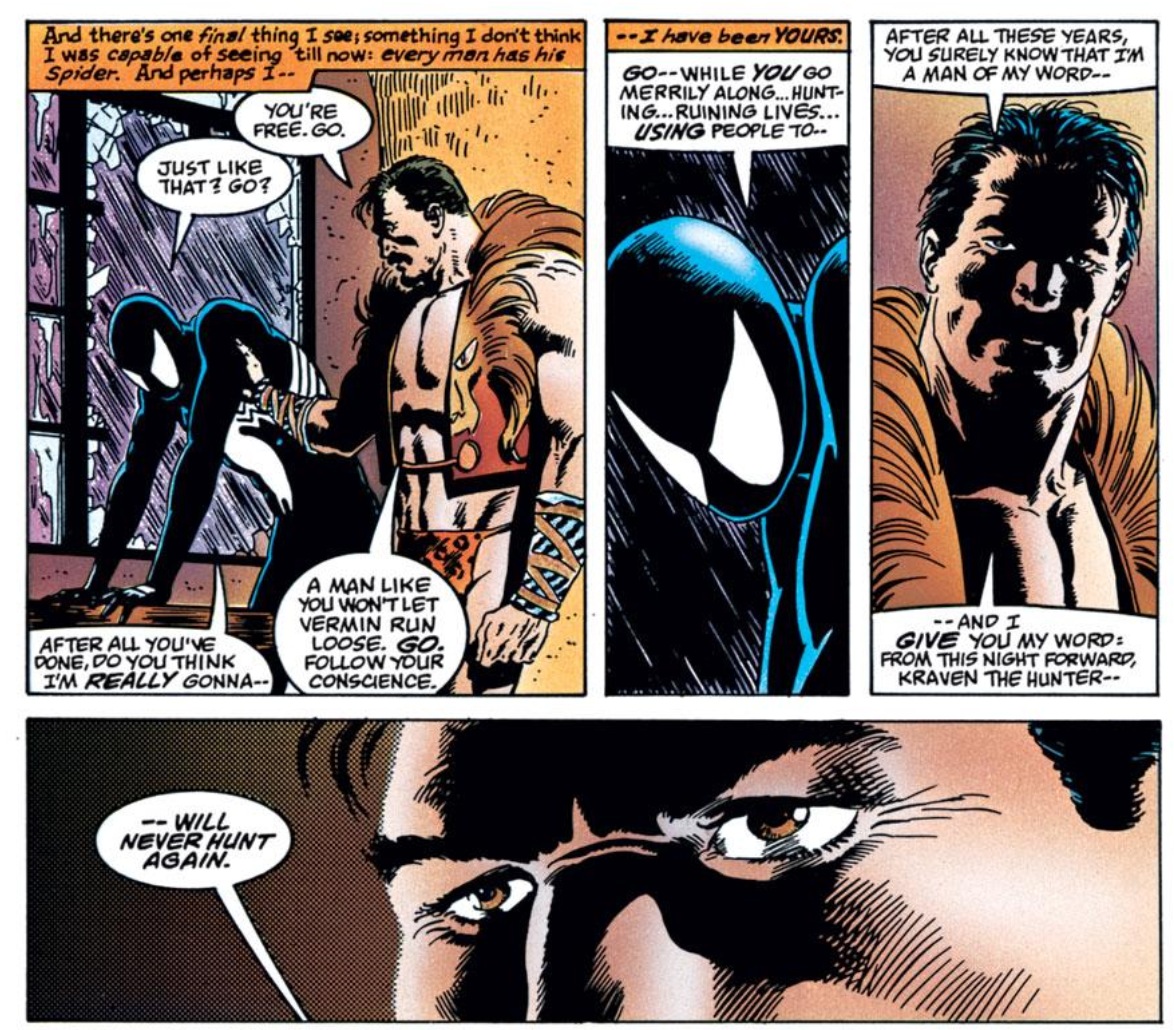 So, for DeMatteis and Zeck to dust him off, add this heavy pathos and depth, and bring his story to a fitting, honorable ending — that’s impressive stuff, and it’s done with the care and nuance that both of these creators have become known for.

Speaking of Zeck, who’d collaborated with DeMatteis on Captain America, he’s a true unsung hero of the book — providing a haunting, clean, dynamic and textured look to a tale that can easily be described as a work of psychological horror. Zeck shows someone pushed to the brink many times over — one in Kraven and another in Spider-Man/Peter, a third time with Mary Jane, the emotional center of the story, and Vermin, the twisted, monstrous tragedy of the piece. No panel is left to chance and you never feel like Zeck is coasting — the layouts feel fresh and inventive and he doesn’t skirt any details. It’s truly a master class in storytelling and how to elevate an already fantastic story, aided ably by veteran artist Bob McLeod on inks. 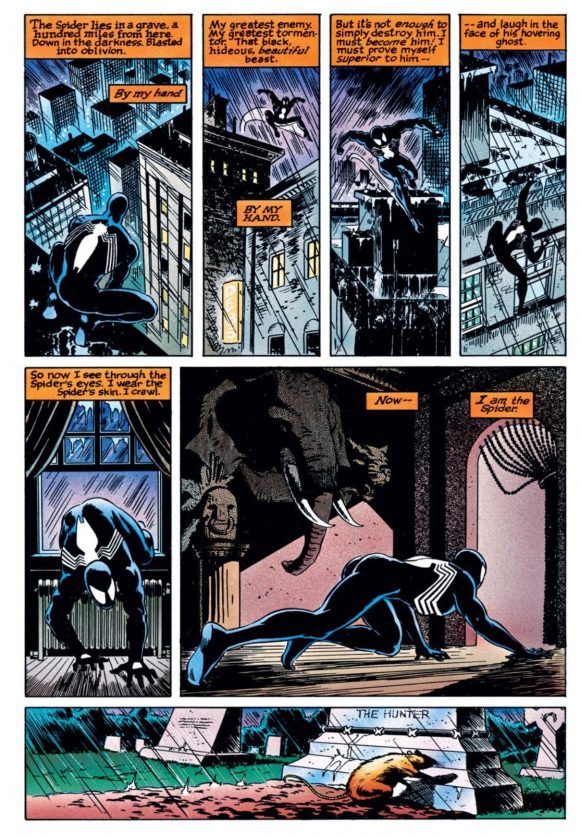 As I mentioned earlier, one of the details that accompany the story that might be lost for time is how starved I think Spider-Man fans were for stories like this after a wave of confusing twists and unexpected creative changes. They wanted complicated, engaging drama, driven by character over just moving pieces around the board because you need to. Every beat of Kraven’s Last Hunt feels thought out and well-executed, leaving the reader hungry for more.

You could make a good argument that it’s the best Spider-Man story of the Modern Age. If you haven’t read it, please fix that, immediately. You’ll be the better for it. 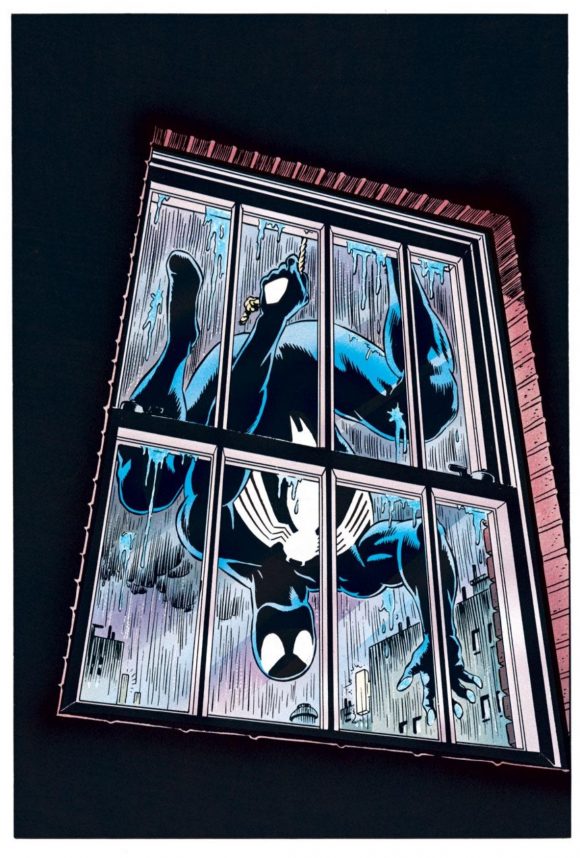 A few notes before we go:

— DeMatteis was no stranger to Spidey, having written a number of Marvel Team-Up issues before tackling Kraven’s Last Hunt, and some nice runs on Captain America and The Defenders, to name a few. He would continue to build a sterling Spidey resume in the coming years, most notably with a hugely underrated run on Spectacular Spider-Man with Sal Buscema, and Amazing Spider-Man with Mark Bagley during the early days of the Clone Saga. Worth your time.

— DeMatteis and Zeck did a 48-page sequel to Kraven’s Last Hunt — Soul of the Hunter — that I remember liking a lot. It’s not available digitally, but also worth seeking out for completists. DeMatteis, in an issue of Back Issue magazine, noted the sequel was a response to a contingent of fans misinterpreting the ending — Kraven’s suicide — as a glorification of the act. 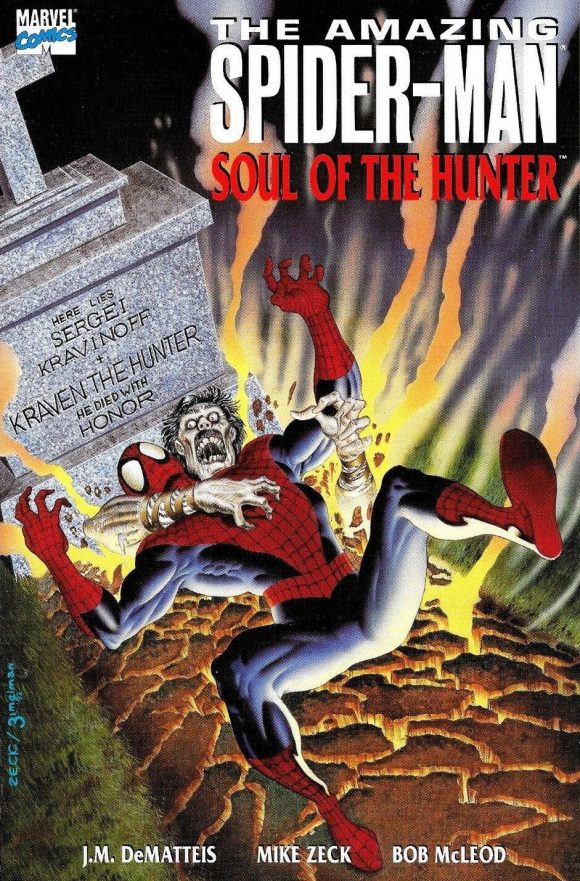 — The event fits seamlessly into the ongoing Spider-Man books, which is a testament to editor Jim Salicrup, who had to rush to get the Spidey wedding off the ground. But there’s no sense of the story being displaced or in need of “the events of this story occur before issue XXX”-style editorial notes.

— Interestingly, after being mostly ignored for a good long run, Kraven saw a number of characters try to claim his spot — whether it was the Grim Hunter, other Kravens, or what-have-you. Few succeeded, but it’s a testament to the lasting power of the original story. 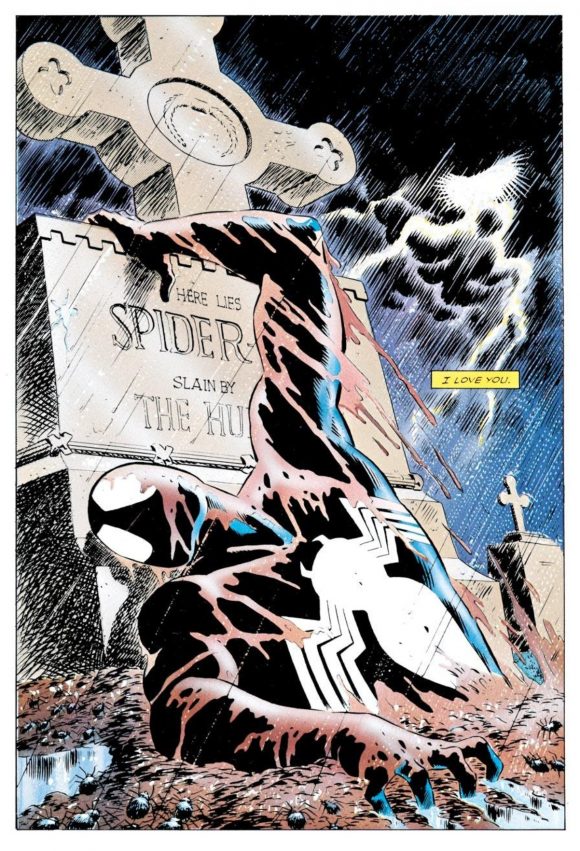 — J.M. DeMatteis, as I’ve noted, is one of the best and, surprisingly, one of the most underrated writers in the Spider-Man canon. He brings a level of gravitas to the proceedings that you don’t find often (Gerry Conway comes to mind as someone that plays in the same sandbox). He has a long and illustrious career in comics, and deserves much more acclaim than he’s gotten, and he’s gotten a lot!

— NEXT TIME: We reach a big fork in the road for Spidey, as we hop aboard the David Michelinie/Todd McFarlane train for Amazing Spider-Man… or do we? We’ll discuss another underrated Spider-Man run that was happening in the shadows of the legendary Michelinie/McFarlane tales: Gerry Conway and Sal Buscema’s down-to-earth and character-driven Tombstone saga!