The Oscar-nominated flick makes a little side trip to Asgard… 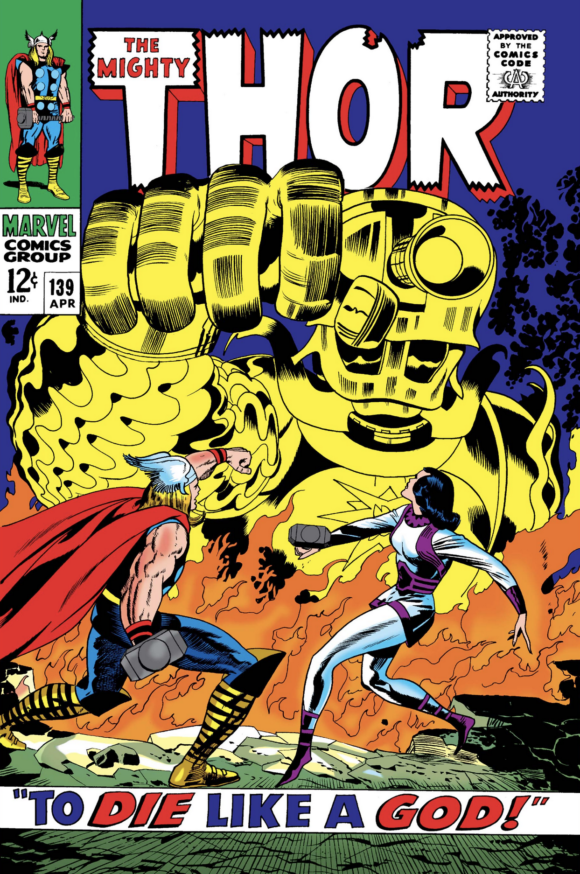 This weekend, I watched Kenneth Branagh’s Belfast, a lovely autobiographical drama that on Tuesday garnered a bushel of Oscar nominations, including for Best Picture.

The mostly black-and-white film is set in 1969 and 1970 during the Troubles in Northern Ireland; it’s part family history, part historical drama and part sentimental journey. There are a number of memorable scenes but for me, the one that jumped off the screen features Jude Hill as Buddy — Branagh’s fictional stand-in: 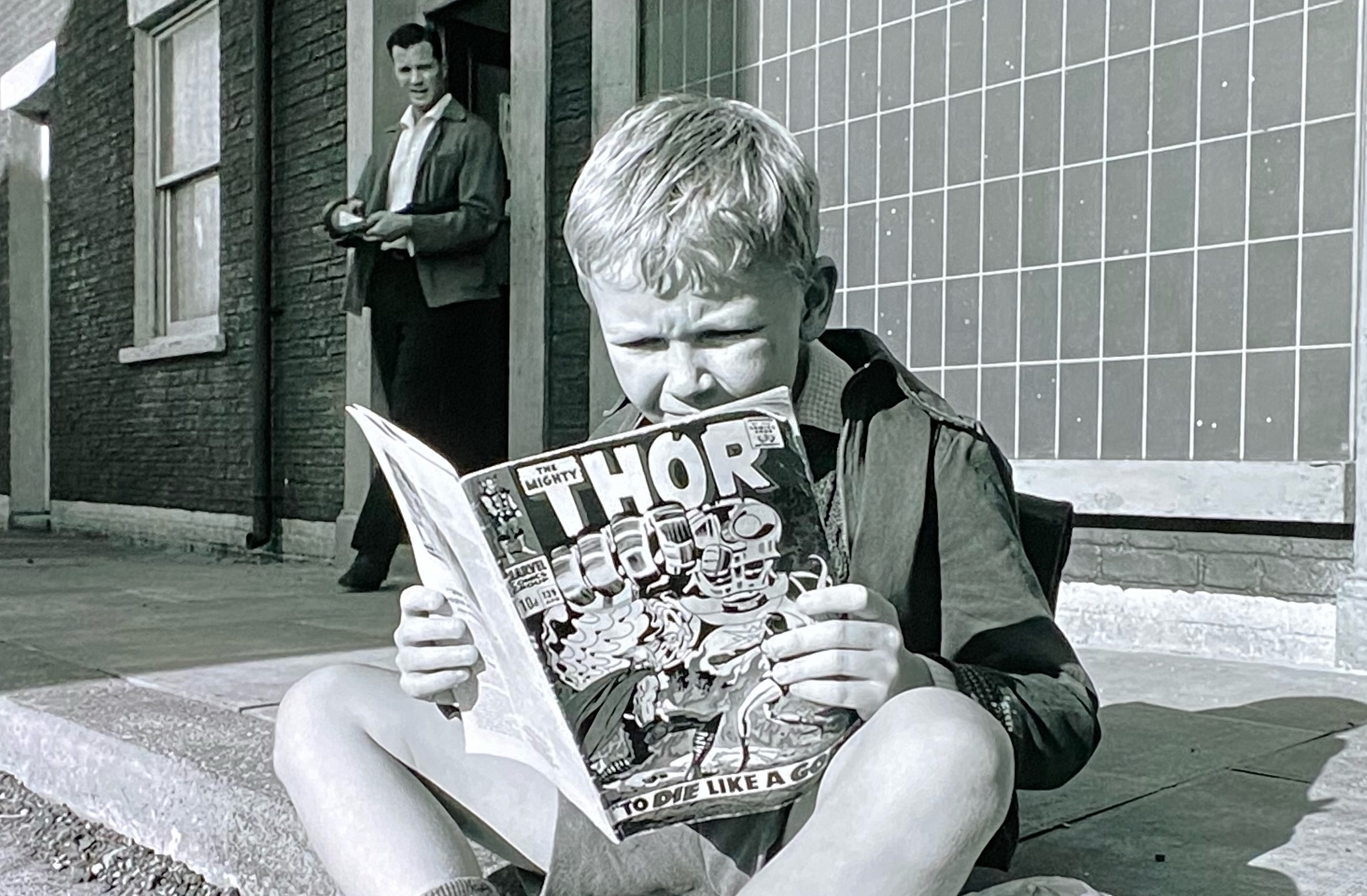 It’s a wordless scene, simply showing Buddy completely absorbed by 1967’s Thor #139 — and of course Branagh would go on to direct the Thunder God’s first foray into the Marvel Cinematic Universe.

Neat, eh? The issue is classic Stan Lee and Jack Kirby (inked by Vince Colletta) and is naturally adorned with all sorts of cinematic spectacle reminiscent of Branagh’s 2011 film. 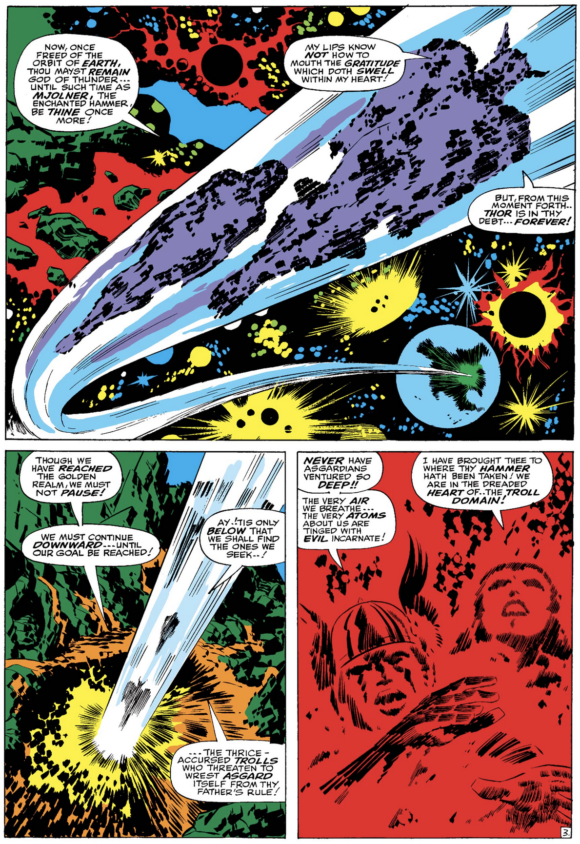 So I suppose that’s art imitating life imitating (or predicting) art. (I think I got that right.)

Oh, and do see Belfast. It’s quite good. The kid who plays Buddy is phenomenal, especially, and Branagh himself was nominated for Best Director.