Julie Newmar announced on Facebook on Friday afternoon that she suffered a heart attack a week ago but that she’s “feeling OK.”

“A week ago, I had an Acute Myocardial Infarction, a heart attack,” she wrote. “I was saved by two handsome paramedics who whisked me to St. Johns Hospital in Santa Monica to be welcomed by seven super-efficient nurses at 3: AM, evidently a good time to show up. I apologized to Dr Steven Levine for inconveniencing his good sleep and 40 minutes later had a stent implant. Until then, the pain had been intense, like perforating needles from groin to throat. Starting with the immediate response from 911, I was passed through a miracle of loving hands. Feeling OK.” 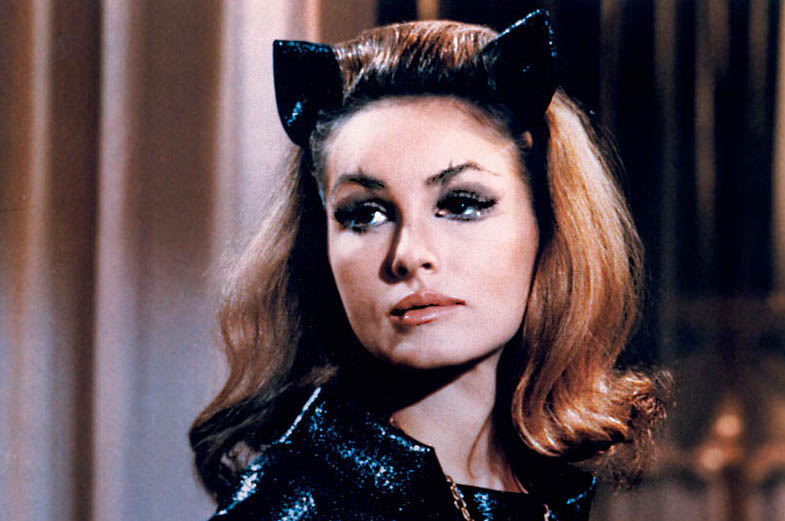 As much as I admire the greats like Lee Meriwether and Eartha Kitt (not to mention fine performers like Michelle Pfeiffer and Anne Hathaway), Julie Newmar will forever be the greatest Catwoman.

I’ve been fortunate to become long-distance friends with Julie over the last few years, through formal interviews and informal chats over the phone — she in California, me in New York. Every conversation is a pinch-me moment, not just because I get to sit there and talk with this legendary actress but because she’s as warm and engaging as you’d hope she’d be.

Feel free to click here and here for a couple of those interviews, where she talks about life in Gotham — and beyond it. I think they’ll give you a really good idea of what a wonderfully warm woman she is.

We’re all thinking of you.