John Lennon: Cartoonist in His Own Write

Home » John Lennon: Cartoonist in His Own Write

We’re all familiar with John Lennon’s iconic self-portrait. We also all know the story of his Aunt Mimi buying him his first Gallotone guitar as a teenager and knowing from that day on he would be bigger than his idol, Elvis. In reality, John wanted to be an artist. A BEATLES WEEK tribute to John Lennon, Cartoonist:

John Lennon’s first loves were playing the harmonica, shoplifting toy cars with his gang, and drawing cartoons. John would regularly draw a comic called The Daily Howl, which he passed around at school. Like most creative people, structured schools bored him.

John’s grades were in the toilet by the time he went off to college, but his interest in art still drove him. John studied at the Liverpool College of Art where he met Stu Sutcliffe.

At that point he asked Stu to join his burgeoning band, the Silver Beetles, dropped out of college, and started on the path to stardom. Stu’s art career took off during the remainder of his short life (check out “Baby’s In Black,” by Arne Bellstorf for a gorgeous graphic novelization of Stu’s story) but cleary John was on another journey. 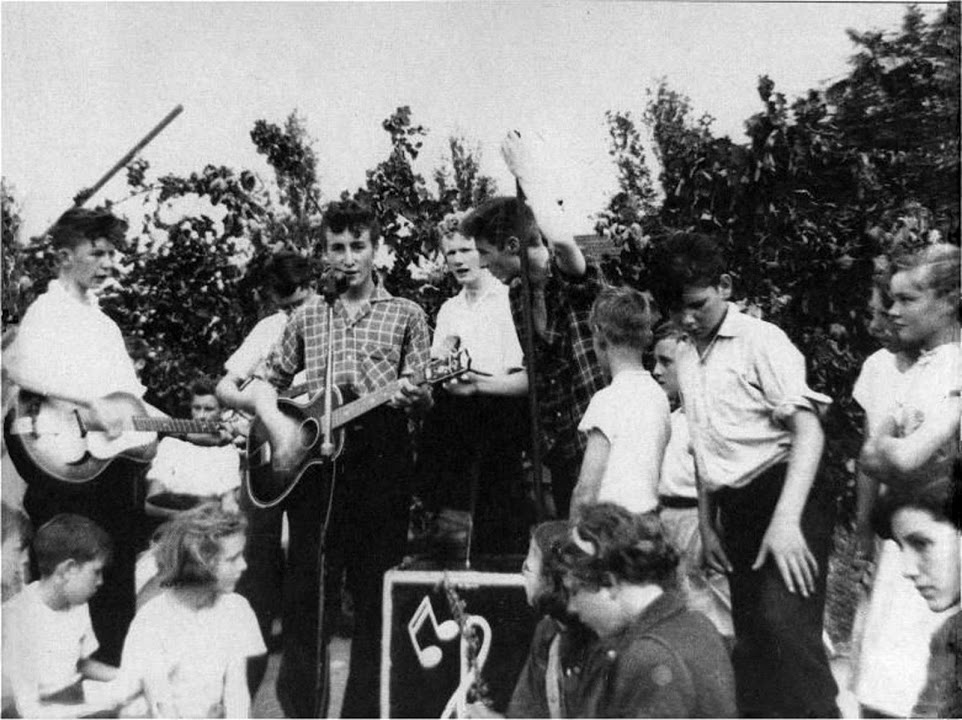 This is not to say that John gave up art. He was a true Renaissance man. His interests ran the gamut from music to acting to politics to writing to art. Music and acting went hand in hand. The Beatles were a brand as well as a band, so movies were inevitable. John did delve into writing, as a playwright in “Oh! Calcutta!” and two books of short stories and poetry: “In His Own Write” and “A Spaniard in the Works.” These books, written in 1964 and 1965, showcased his absurdist sense of humor not only in words but in original illustrations. John drew all the plates, cartoons, and odd scribbles himself.

Not much of his early work from college remains, but we’re lucky to have records of his artwork during his Beatles days collected in Monty Python-esque comedy books. 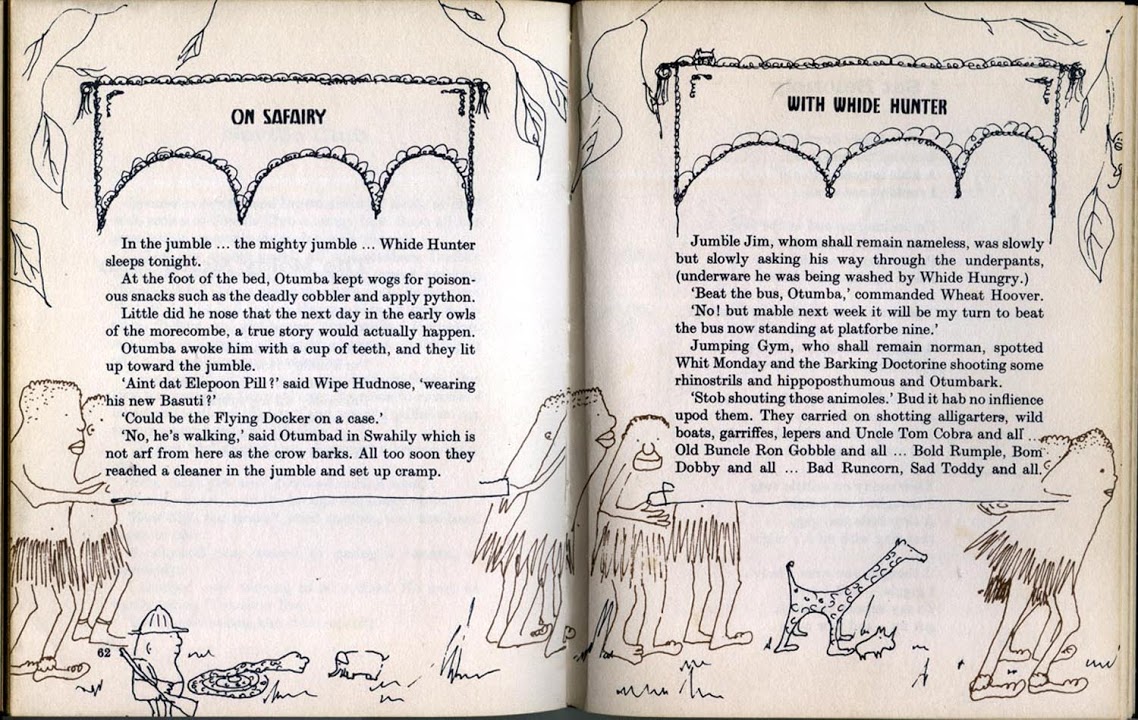 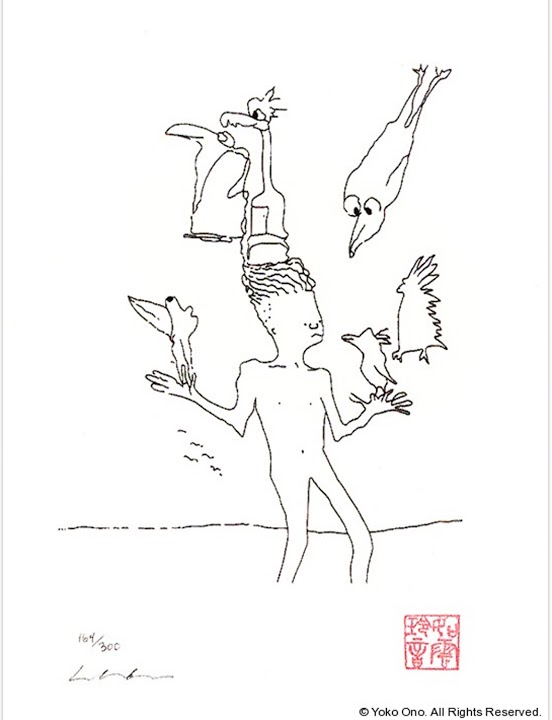 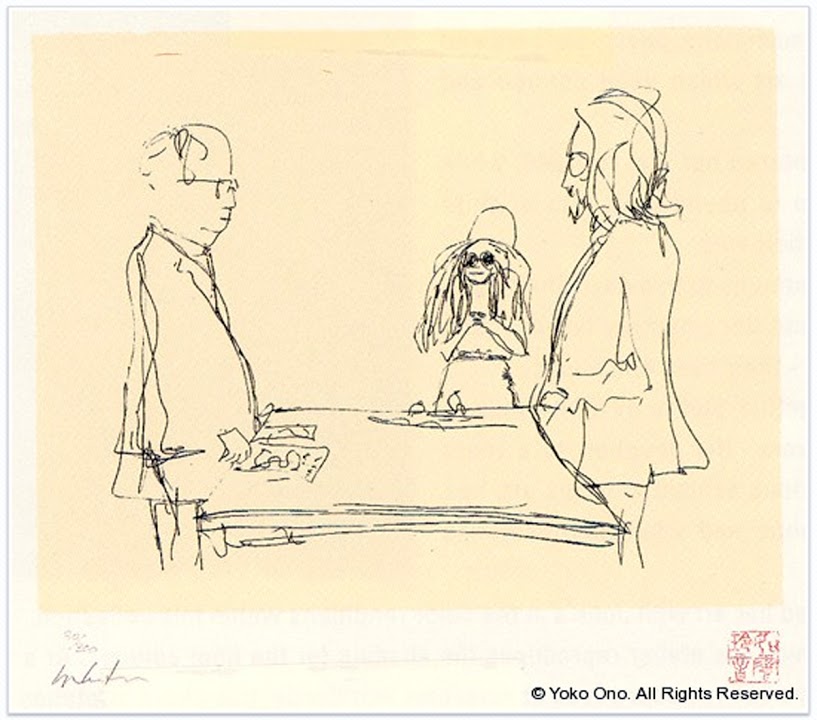 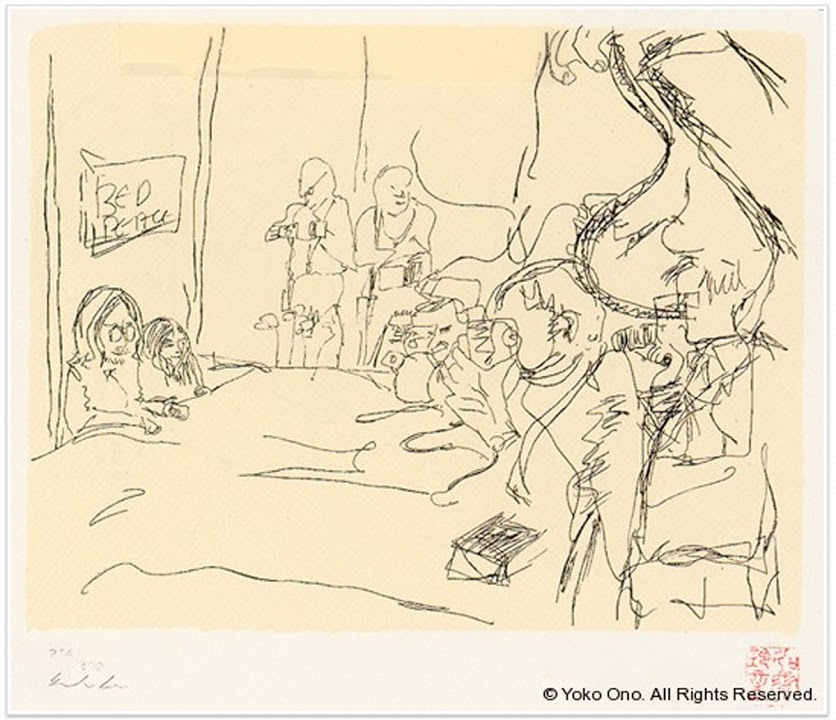 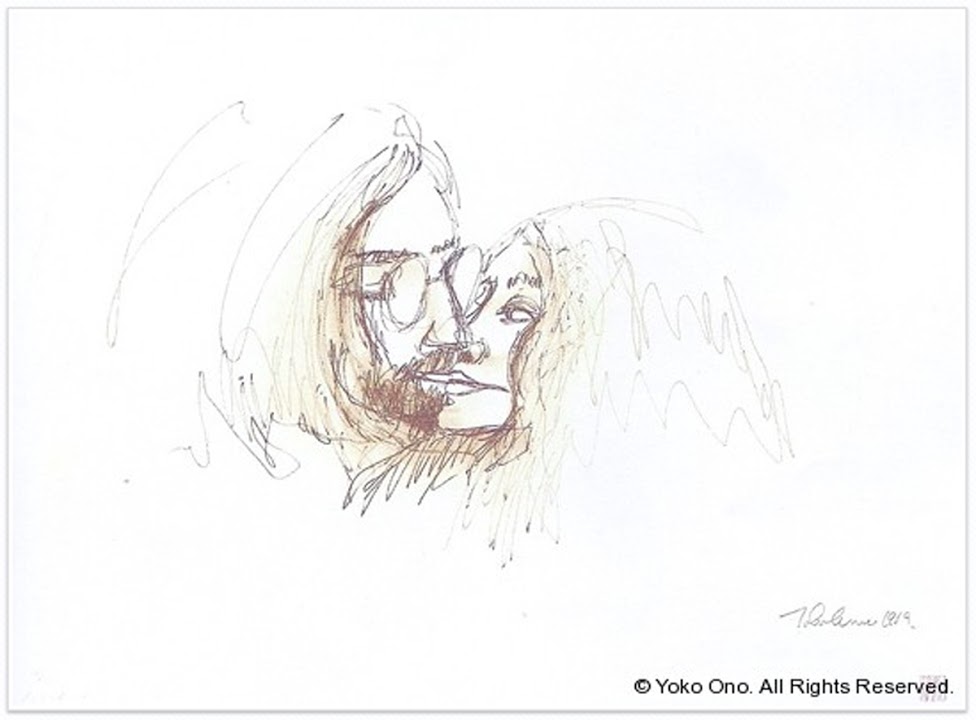 John continued to draw during his solo career. Whether poignant, silly, absurd or sardonic, John kept sketching. He even produced a whimsical animal series for Sean. 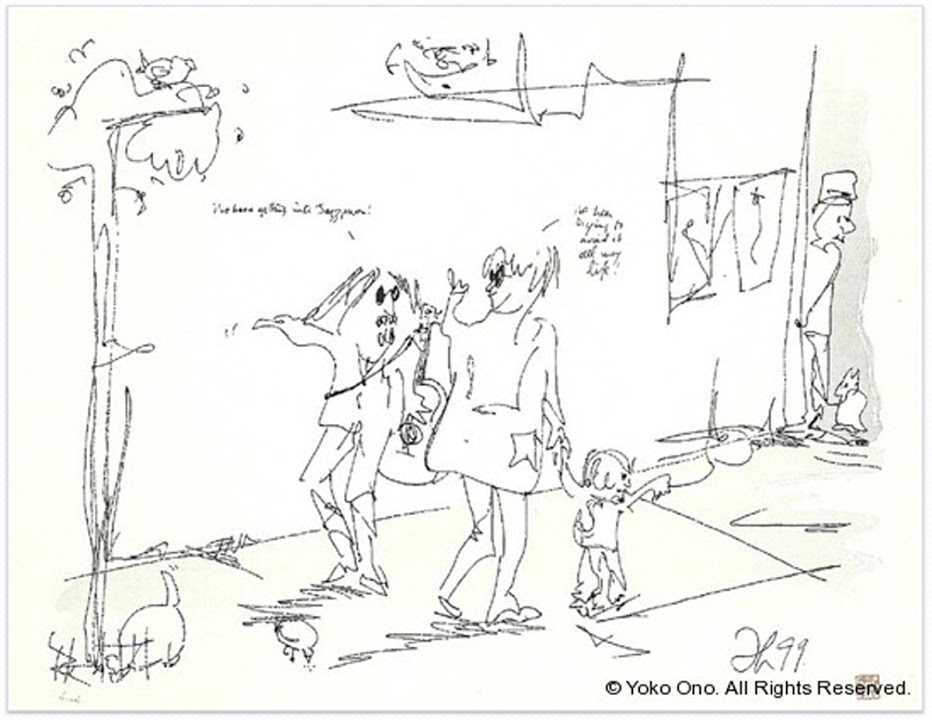 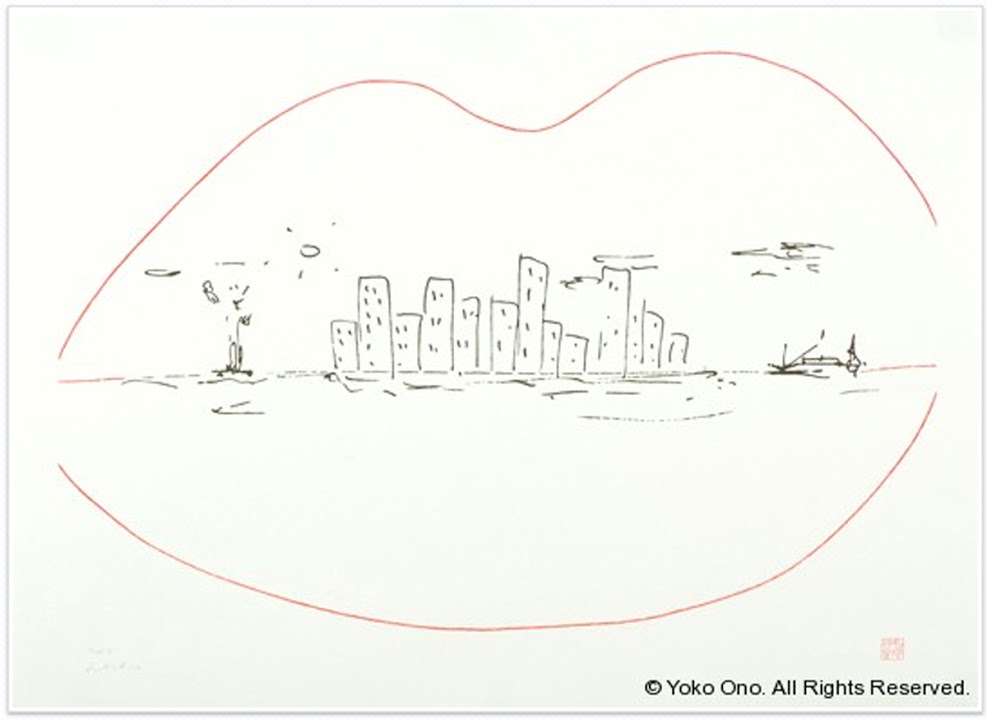 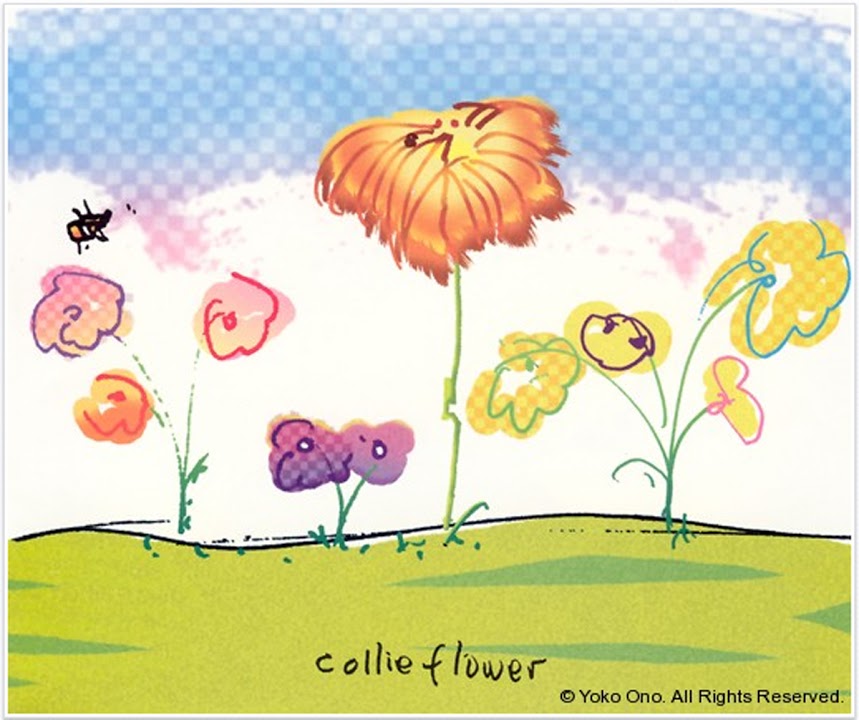 Recently, Yoko Ono has made reproductions of John’s work available to the public. As a rabid Beatles fan and unrepentant collector of memoribilia, artwork, and general awesome ephemera, how could I resist limited edition, numbered, signed, chop-marked, first press silkscreens authorized by dear Yoko? Well, I couldn’t and I didn’t.

My first investment was a copy of John’s handwritten lyrics to “Watching the Wheels.” I was lucky enough to snag an artist’s proof. A few months ago, the artwork circus was back in town and the bug hit me again. This time around I purchased two pieces: “Lennon” and “Jock and Yono.”

“Lennon” incorporates nine self-portraits drawn in 1968, and was used as the basis for the 2005 play, “Lennon, The Musical,” where John was portrayed by nine actors. I totally convinced my mother I bought it as a piece for the family. Until she reads this. “Jock and Yono” I found compelled to own. Meant as an allegory for John and Yoko’s shared life, love, and being each other’s better half, it represented so much more to me. Created in 1968, it made a bold statement about gender fluidity. It also is a precursor to the song “Woman Is the N—-r of the World,” inspired by a quote of Yoko’s in 1969, written by John in 1972. The song, itself an equal rights anthem, goes one step further on the disc itself. In a series of five images, John and Yoko morph into one another, utilizing the duality seen in “Jock and Yono.” 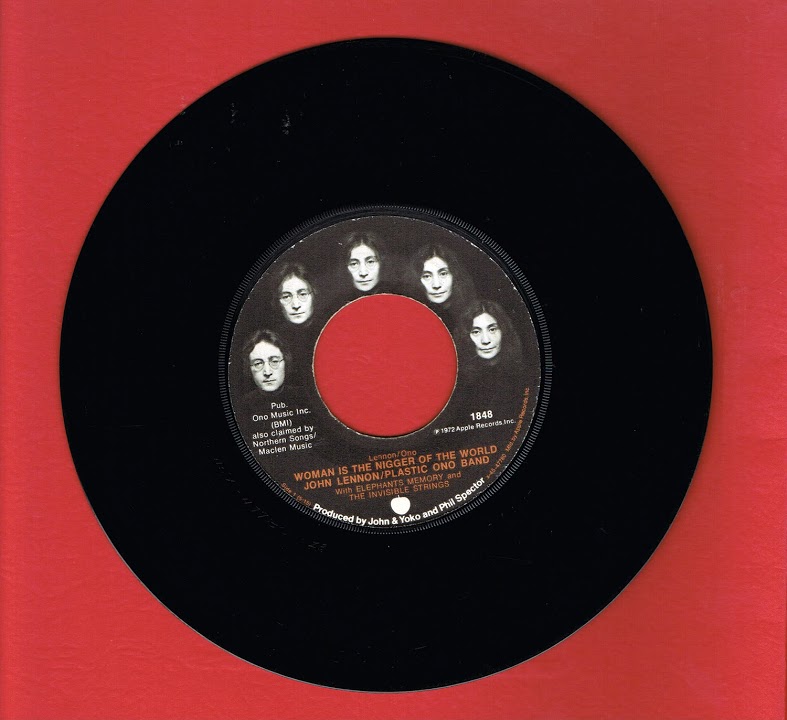 From beginning to end, John kept his pencil moving. The sparse, minimalist, often chaotic line work echoes the man himself. Along with the inimitable, Mona Lisa-like self-portrait, John left us with a mantra that is the first step of every artist as they create their next piece – Imagine.