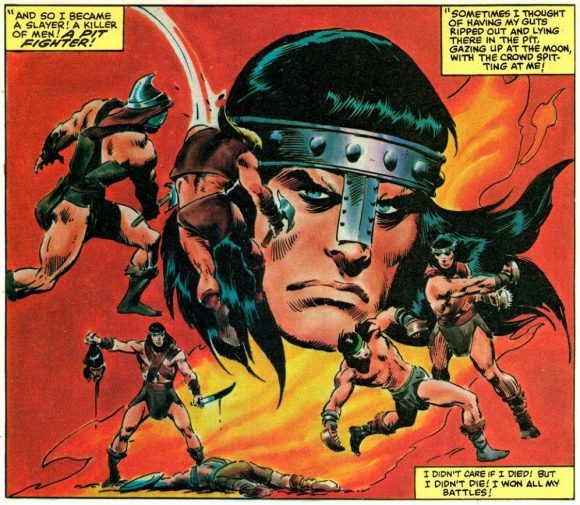 You mighta noticed from the Marvel solicitations released in April that the publisher has another Savage Sword of Conan omnibus coming — Vol. 6, this November.

But what you mighta missed was that it includes a real treat: John Buscema’s never-reprinted adaptation of 1982’s Conan the Barbarian film starring Arnold Schwarzenegger, from Marvel Comics Super Special #21. 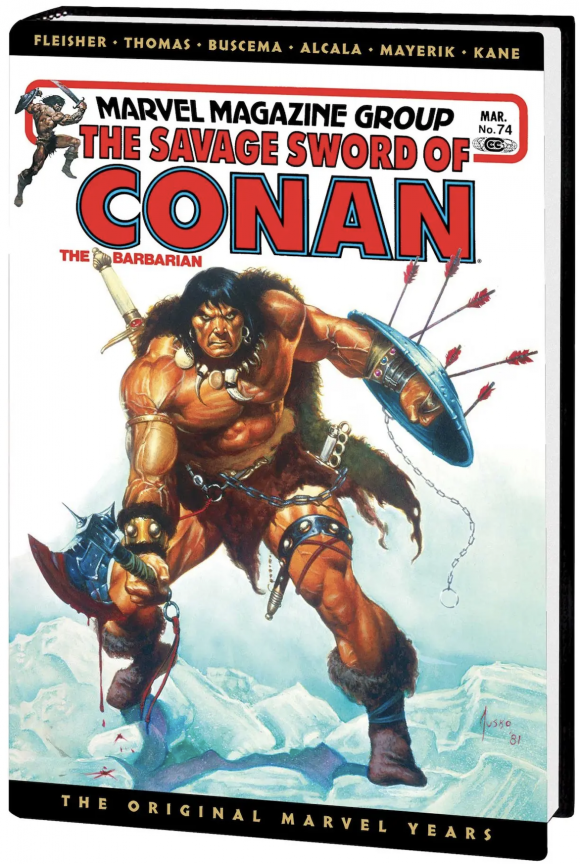 In this massive Omnibus collection, writer Michael Fleisher hits his stride with a series of mold-breaking Conan tales like “The Temple of the Twelve-Eyed Thing,” “Demons of the Firelight” and “Dominion of the Bat” — illustrated by top talents including Alfredo Alcala, Ernie Chan and, of course, the one and only John Buscema! Meanwhile, X-MEN superstar Chris Claremont pens an adventure that pits Conan against the minions of Thoth-Amon in a tour de force drawn by Val Mayerik! Conan legend Roy Thomas is also on hand to tell solo stories of Conan’s “Red Nails” colleague, Valeria. Rounding out this volume are the conclusion of John Buscema’s “Bront” — and extensive articles on, and the comic book adaptation of, the blockbuster Conan the Barbarian film! 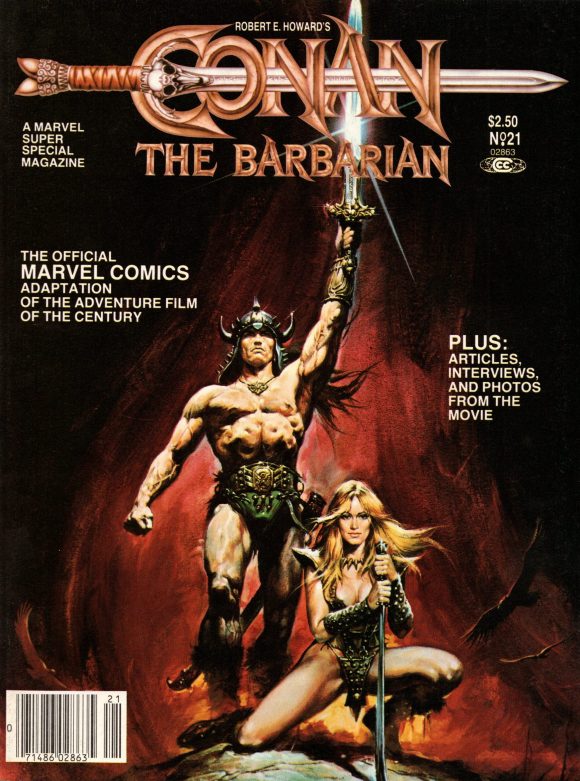 — There are two covers for the omnibus. One by Joe Jusko (above) and one by Dan Panosian: 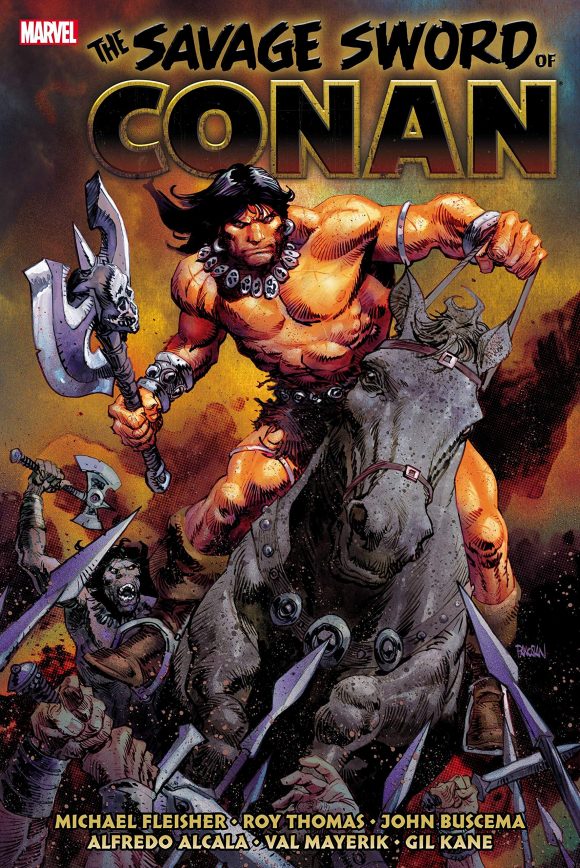