It’s AVENGERS WEEK! We’ve asked some of the top names in comics to pick their favorite stories. Here’s writer Joe Pruett, the chief creative officer of the new AfterShock Comics!

I’ll pick Avengers #111 as perhaps the most important Avengers issue for me. I had just started reading comics (and the Avengers) a few months earlier (Avengers #102 being the first issue I ever read) and this particular issue not only featured the Avengers, but also a few of my other favorite Marvel characters in Daredevil, Black Widow and the original X-Men (not to mention my all-time favorite villain, a character I would have the great thrill to write in Magneto Rex many years later). This issue showed my 7-year-old self that the Avengers were more than just a team comic-book series. The Avengers WERE Marvel Comics. 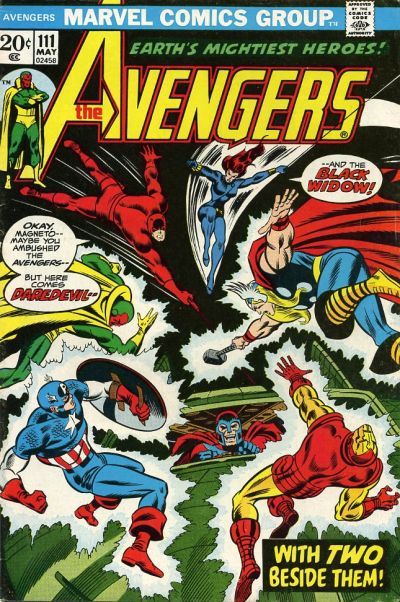