As I’ve written before, I’m a big fan of IDW and the Library of American Comics’ hardcover editions that collect superheroes’ newspaper strips from decades past.

The latest is Superman: The Silver Age Sundays — 1959-1963, which, as the title suggests, is a collection of the Man of Steel’s color Sunday strips. 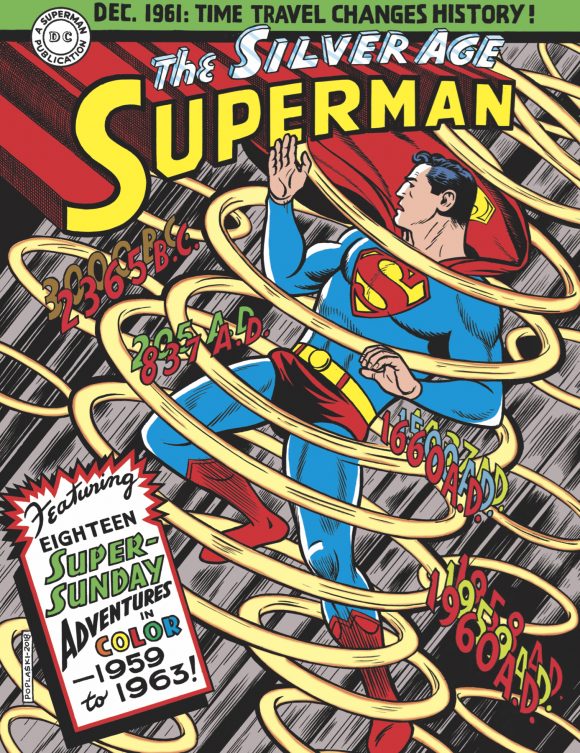 This is really entertaining, time-capsule stuff that takes you back to when Superman’s adventures were brought to readers on a daily basis. Best part? They’ve never been reprinted — so this is a chance to see comics that have remained largely hidden since they were first published in the late ’50s and early ’60s.

The oversize hardcover lists for $49.99, with scripts by Jerry Siegel (adapting his own comic-book work and that of the likes of Bill Finger, Edmond Hamilton and Otto Binder) and art by Wayne Boring. Impeccable Supercredentials, no?

There’s also an intro by Mark Waid, with John Wells, that spells out which comic books each story was adapted from.

Given the time period, the strips are epically bizarre in the very best way. So, here’s a selection of 13 pages from the book, to give you a prime taste of some Superartifacts. 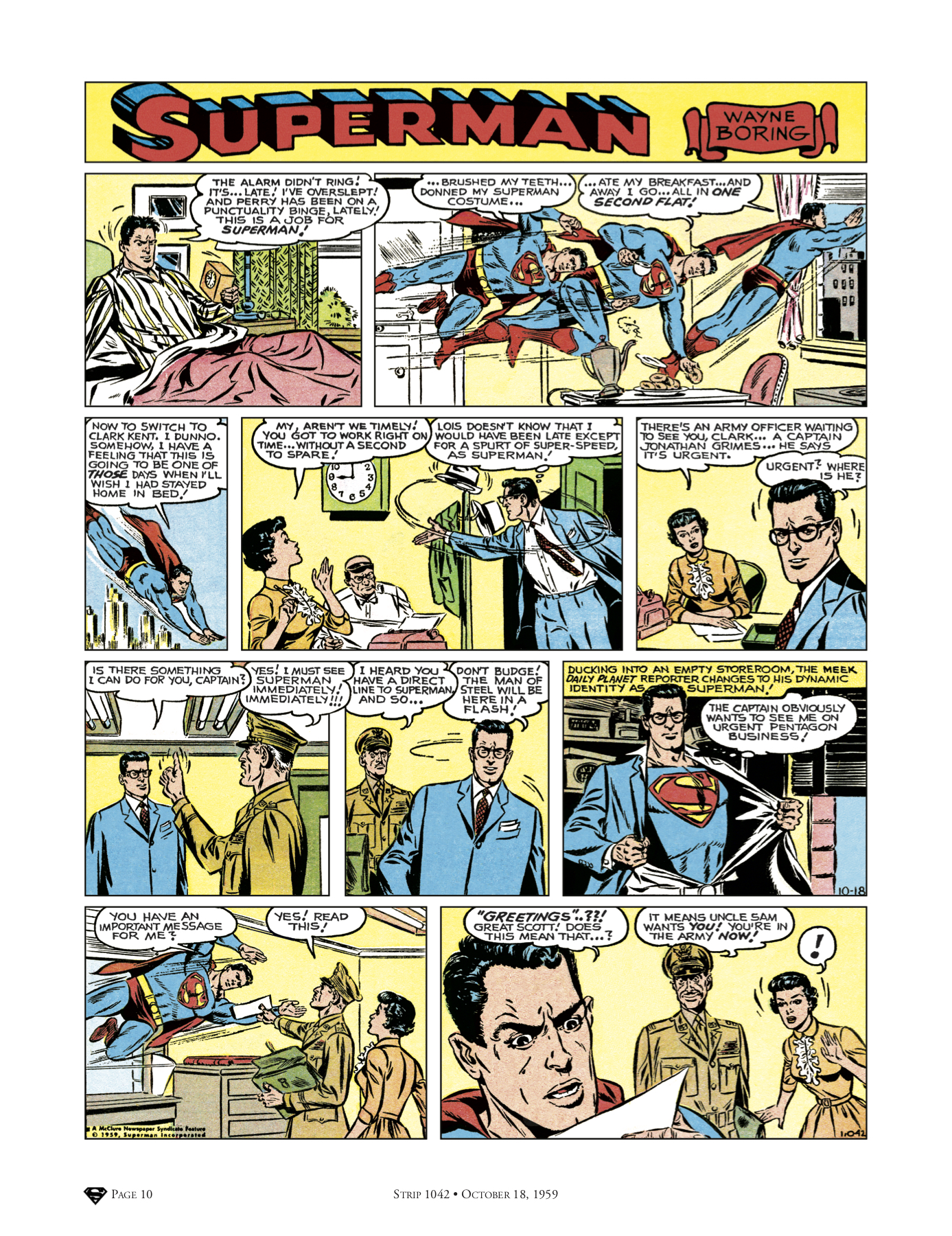 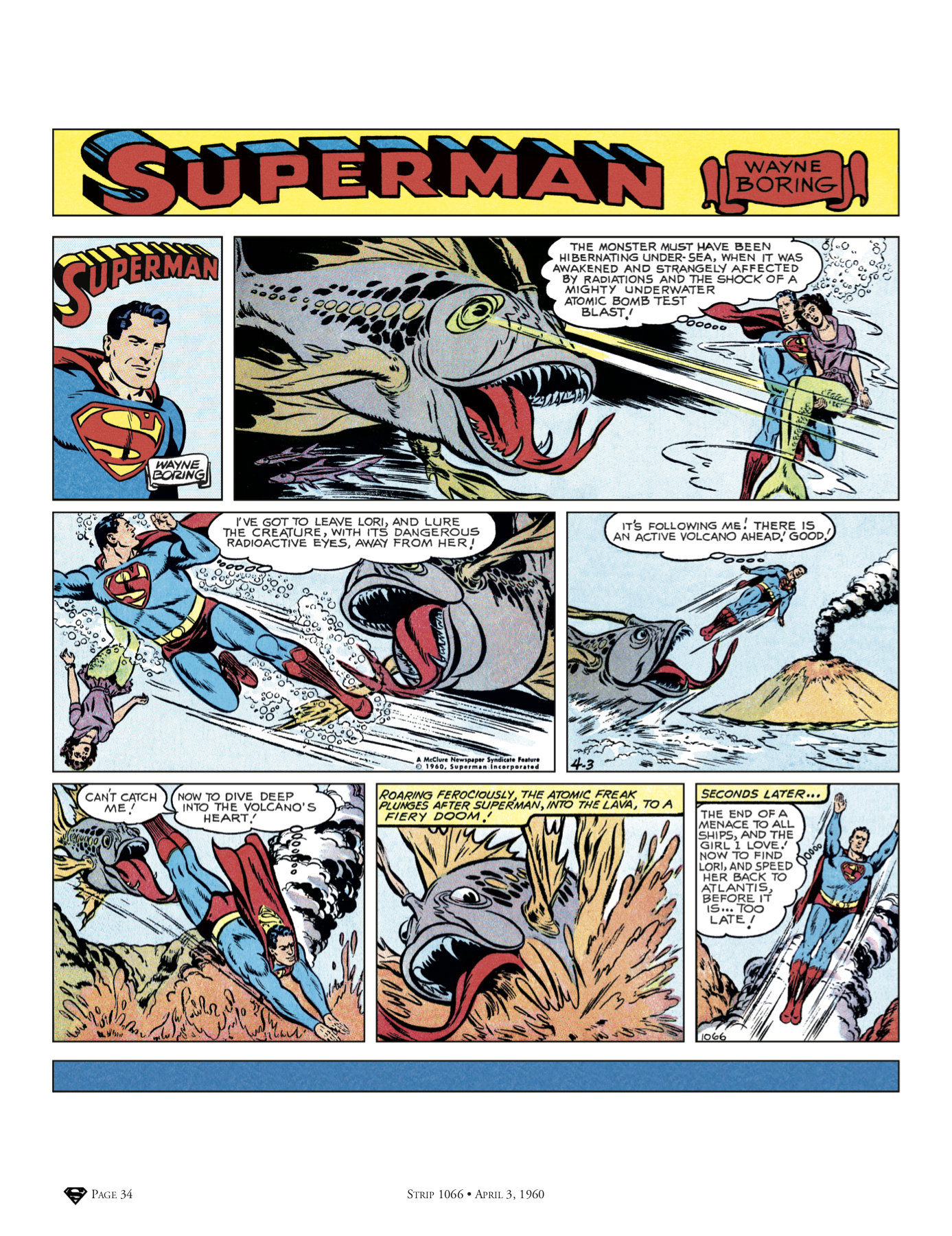 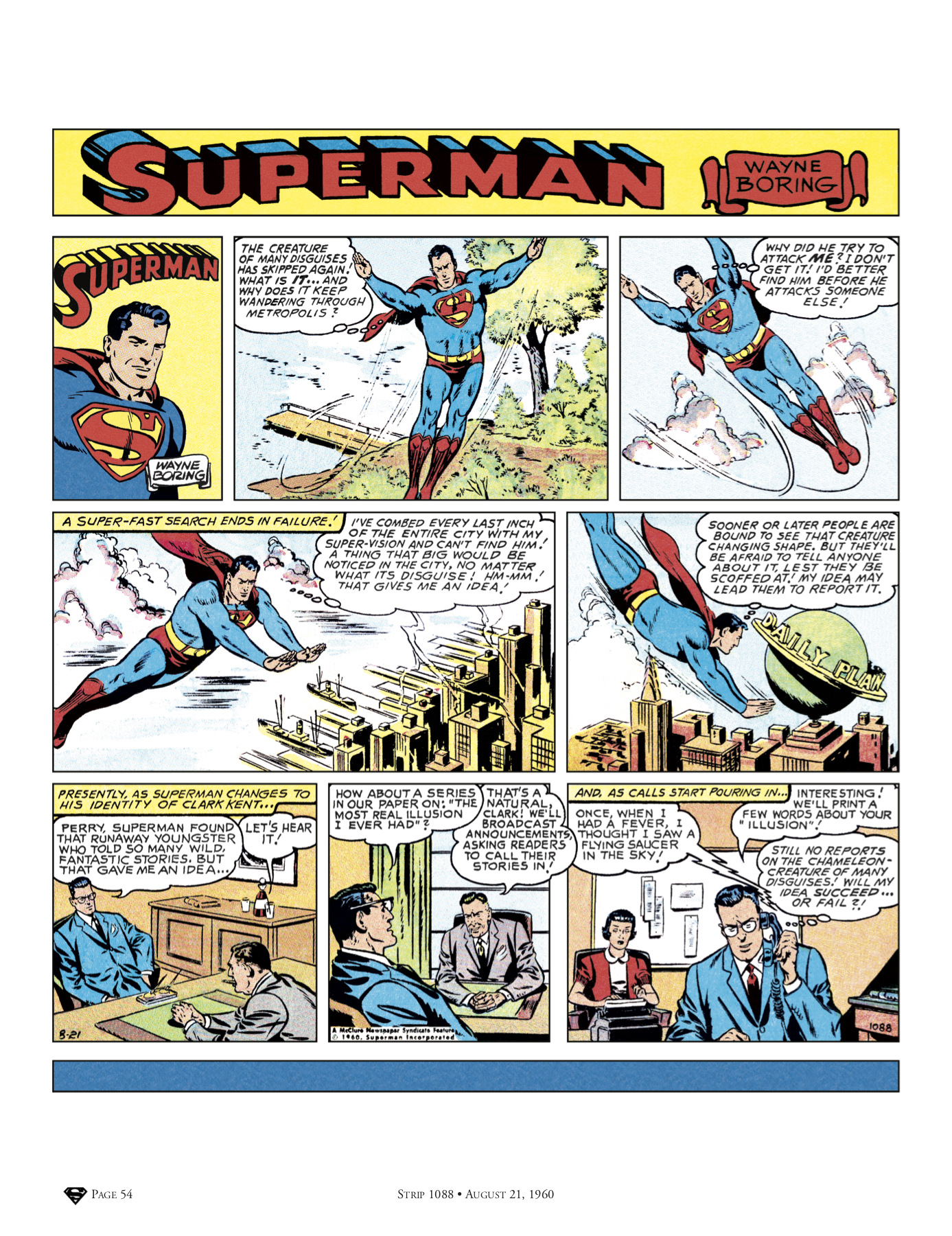 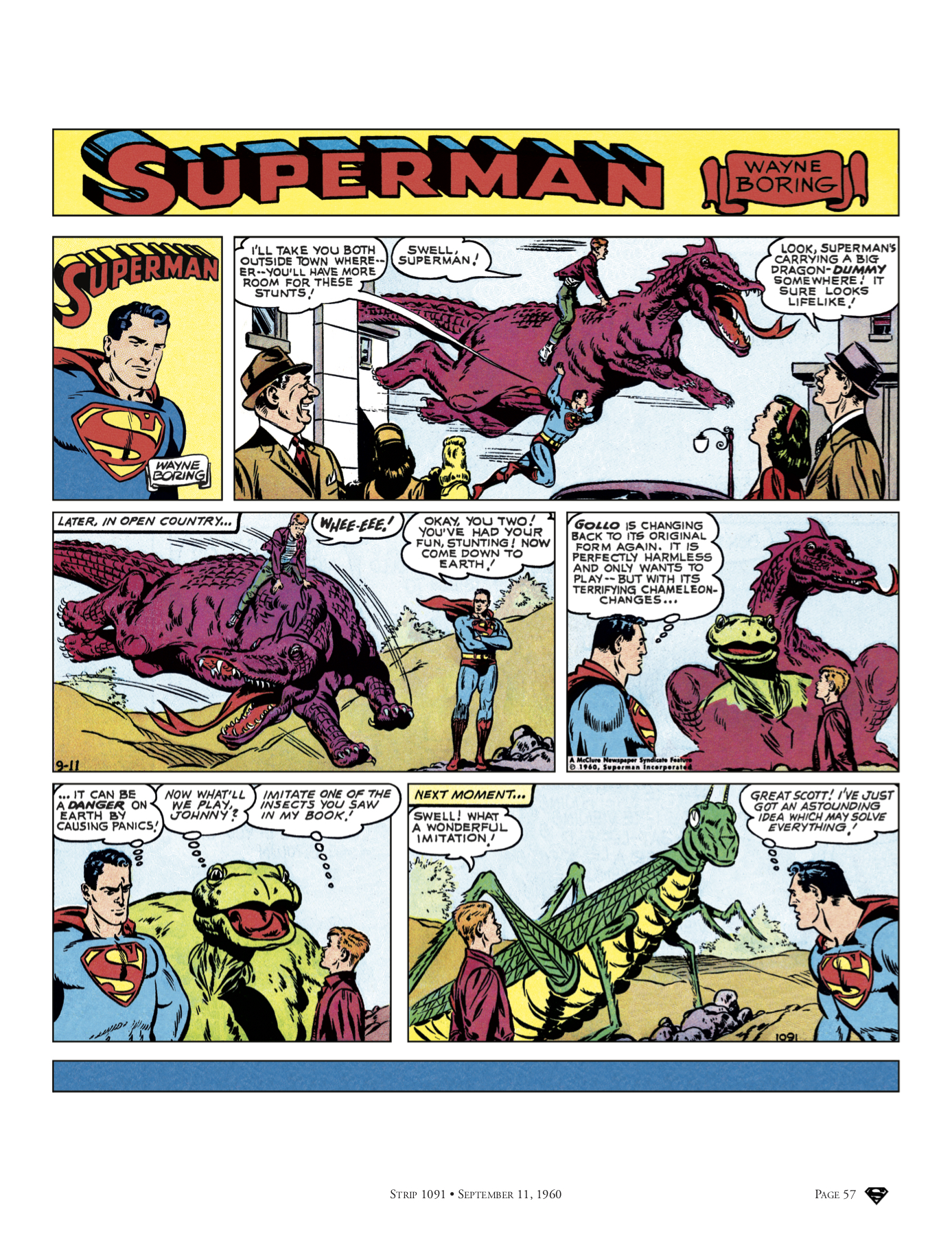 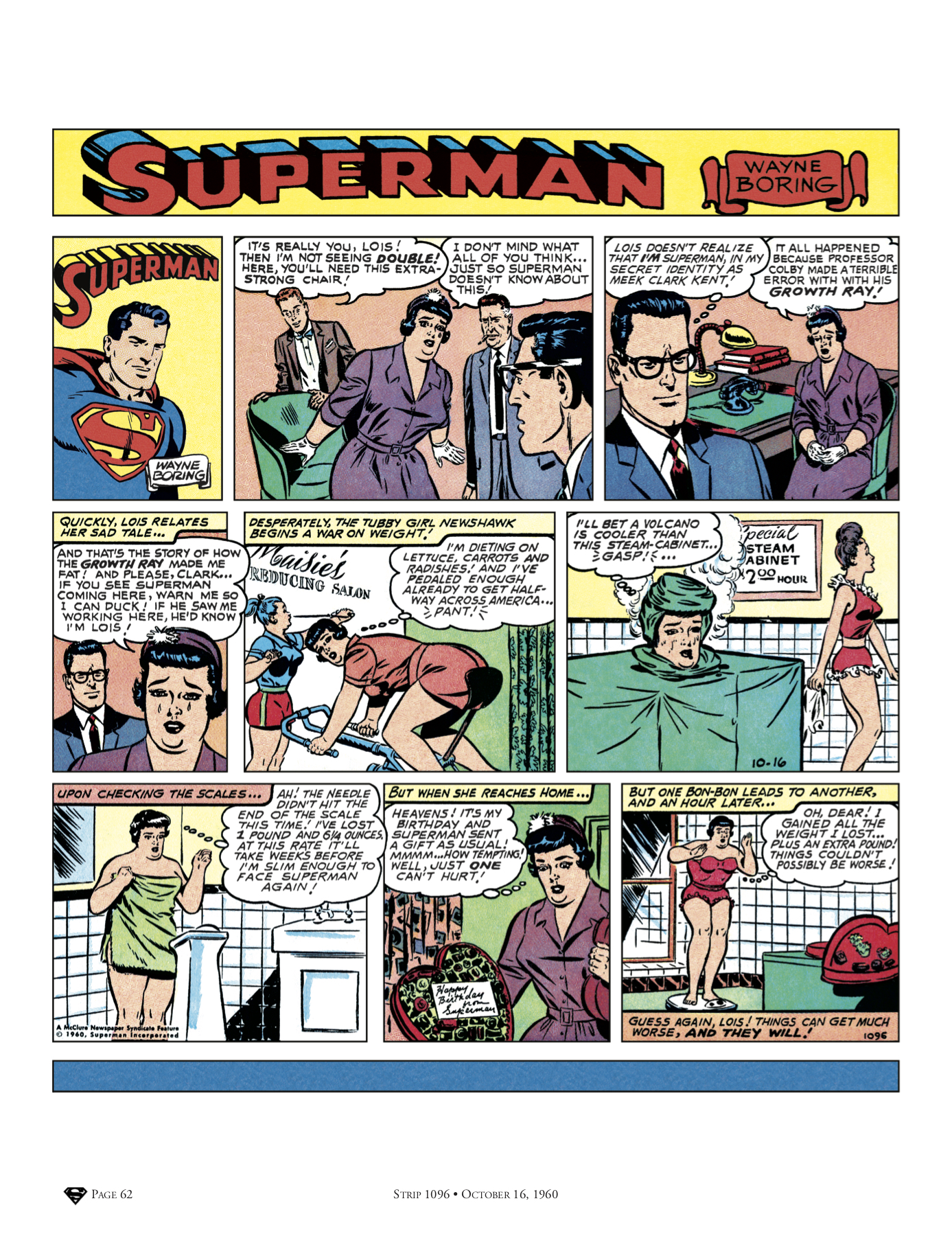 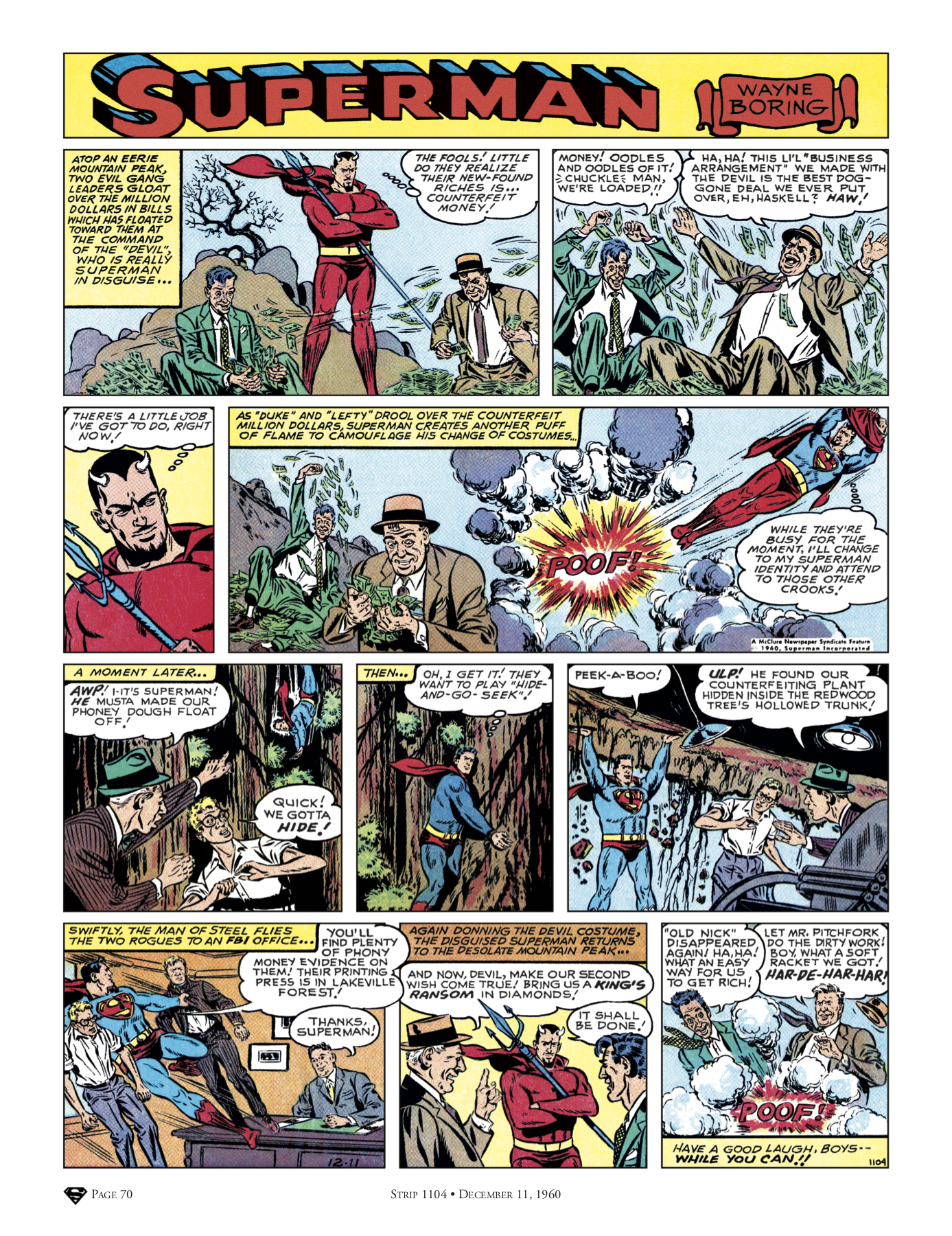 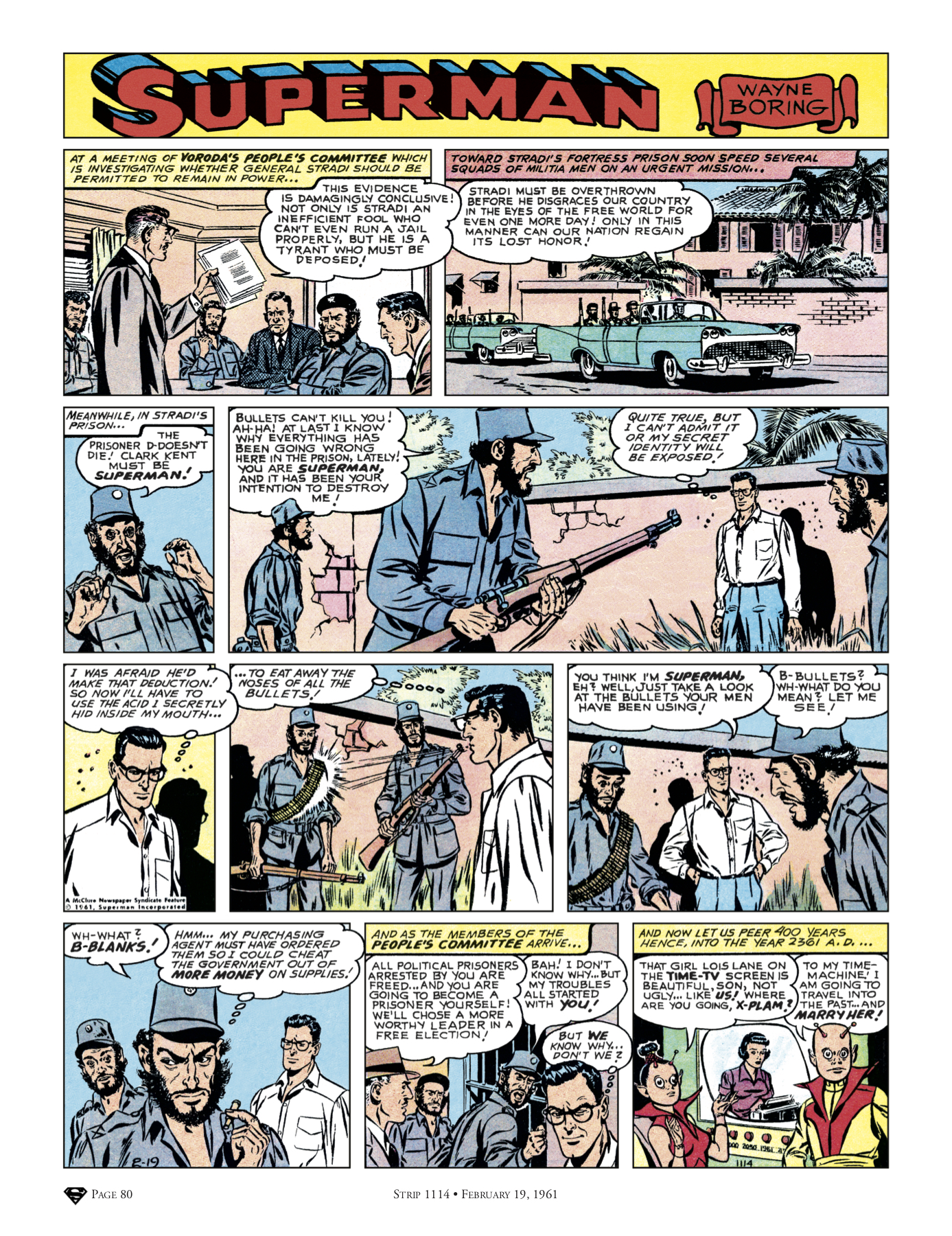 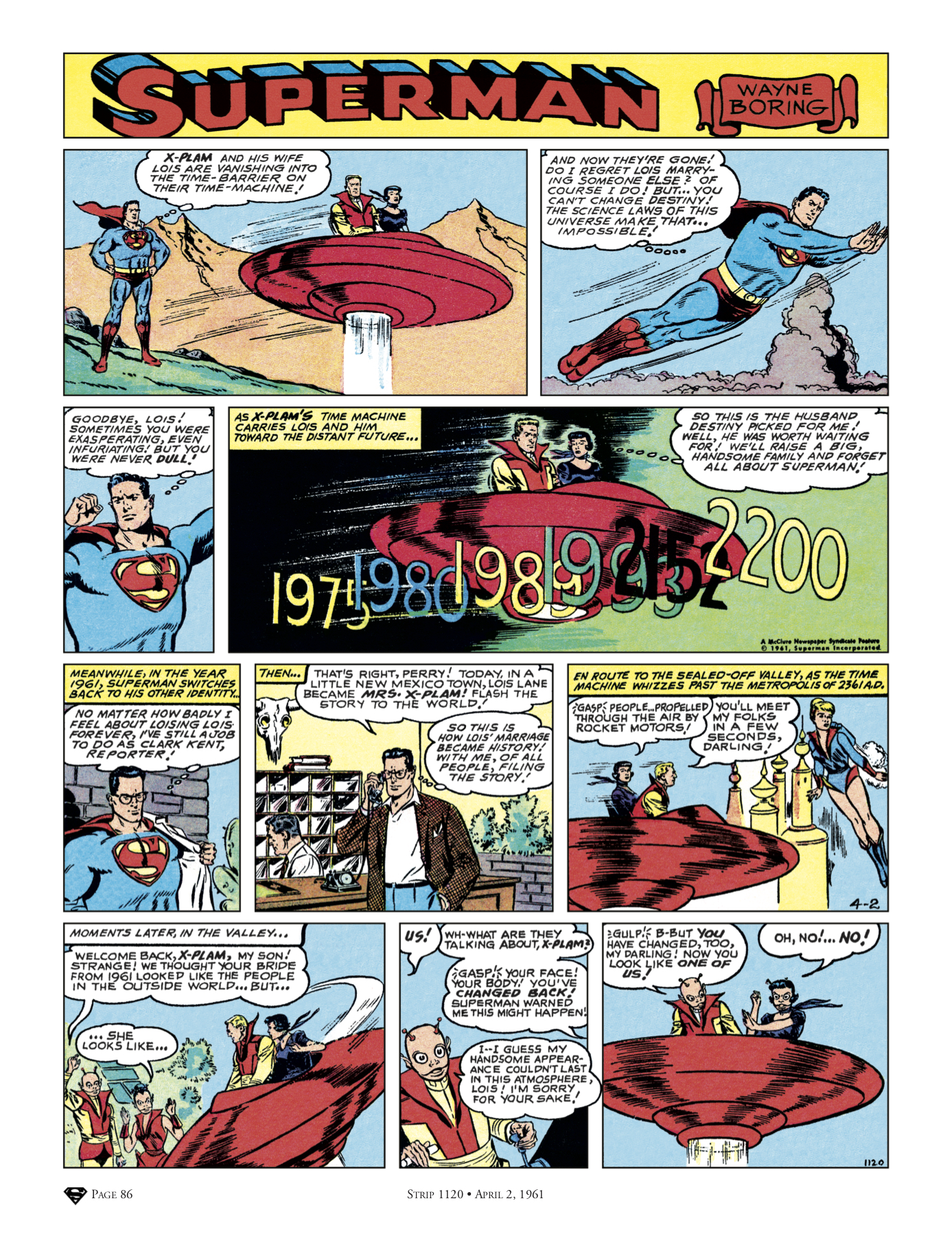 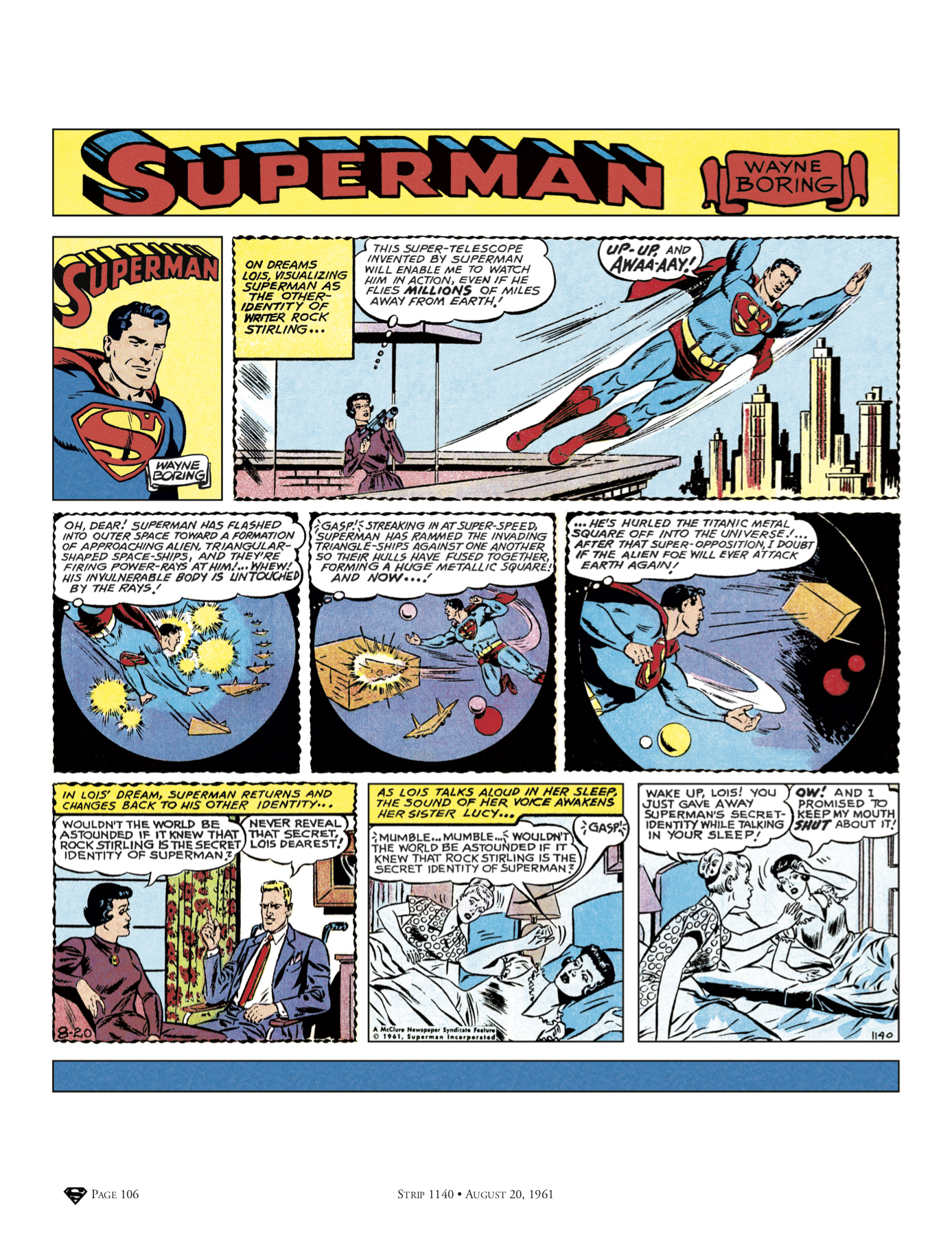 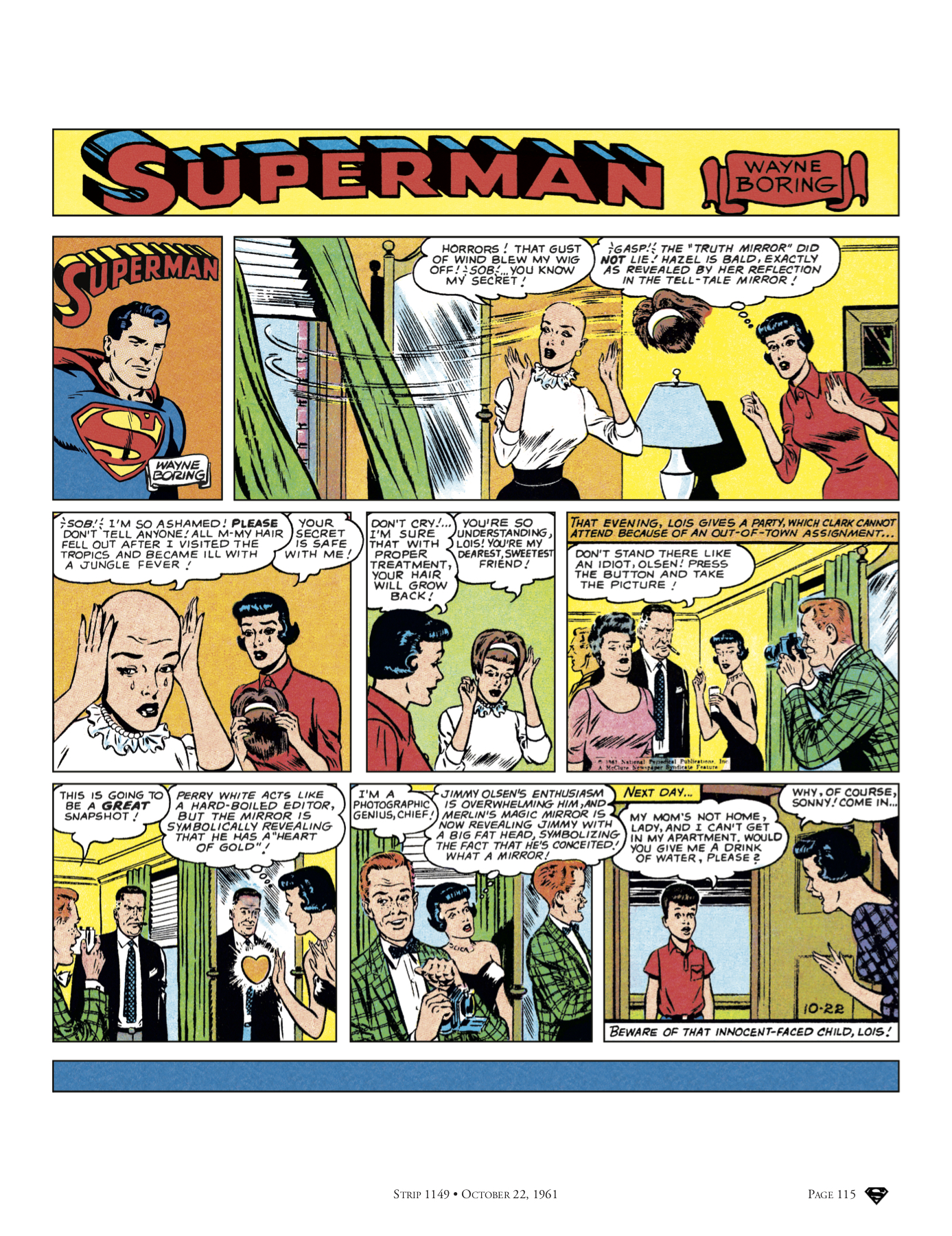 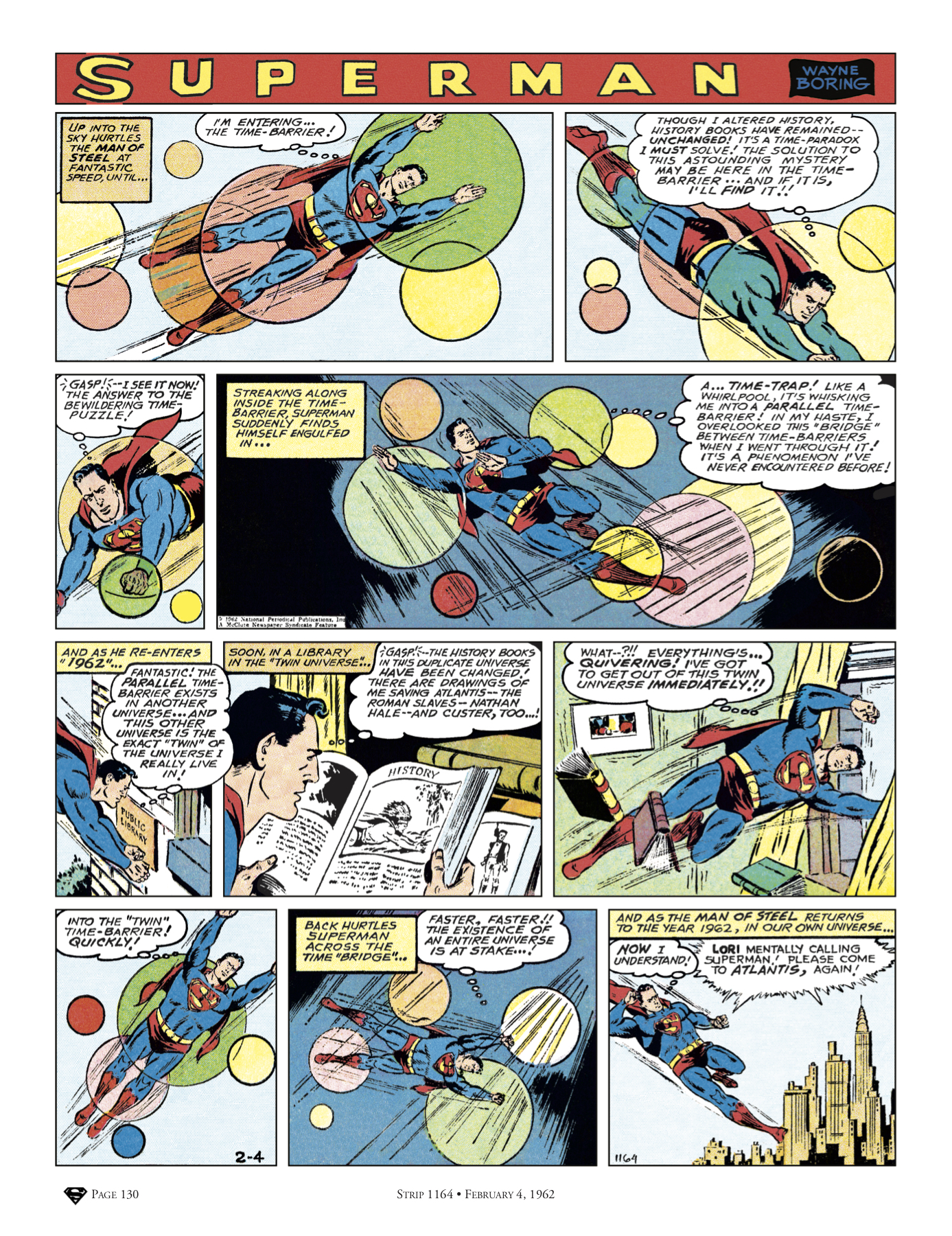 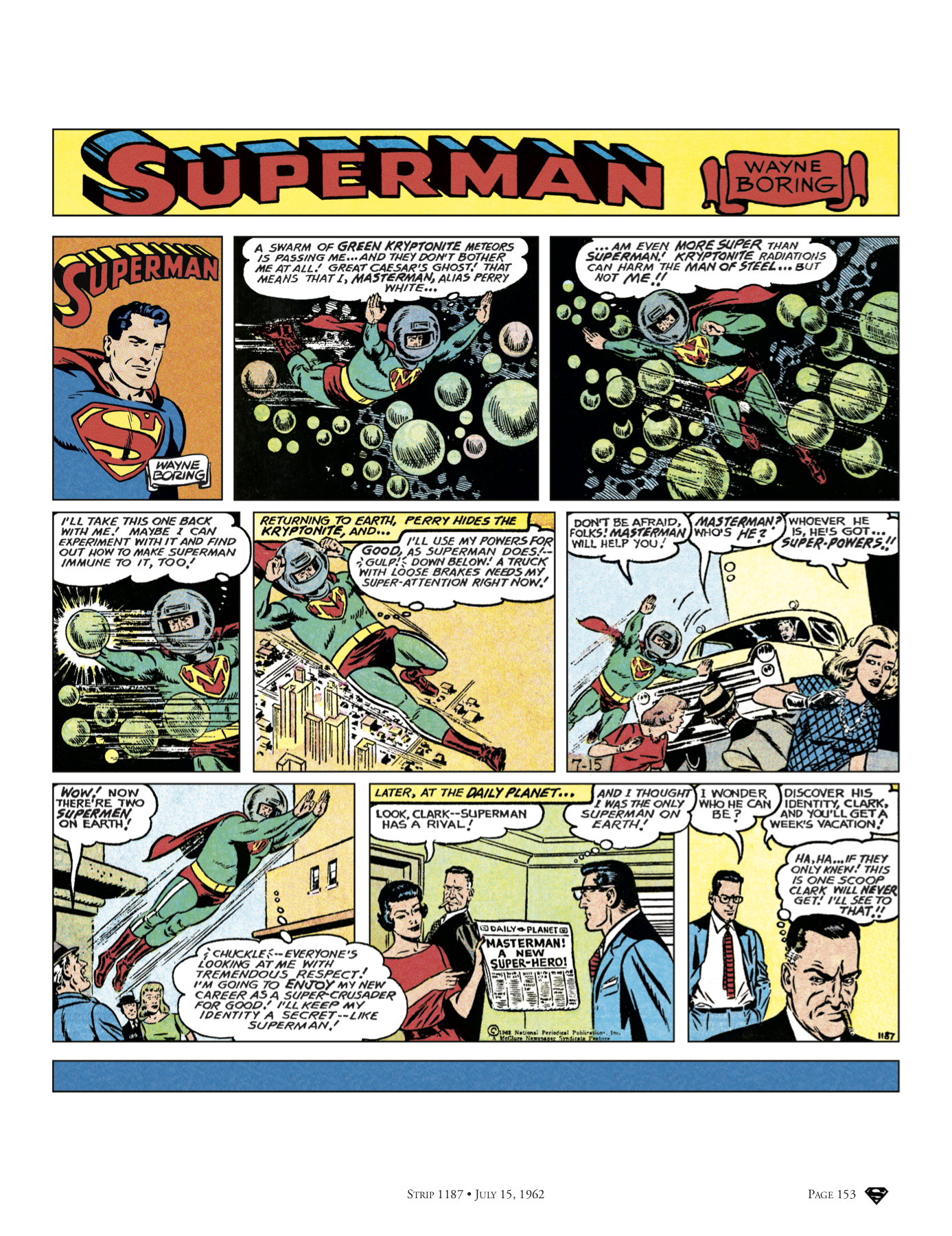 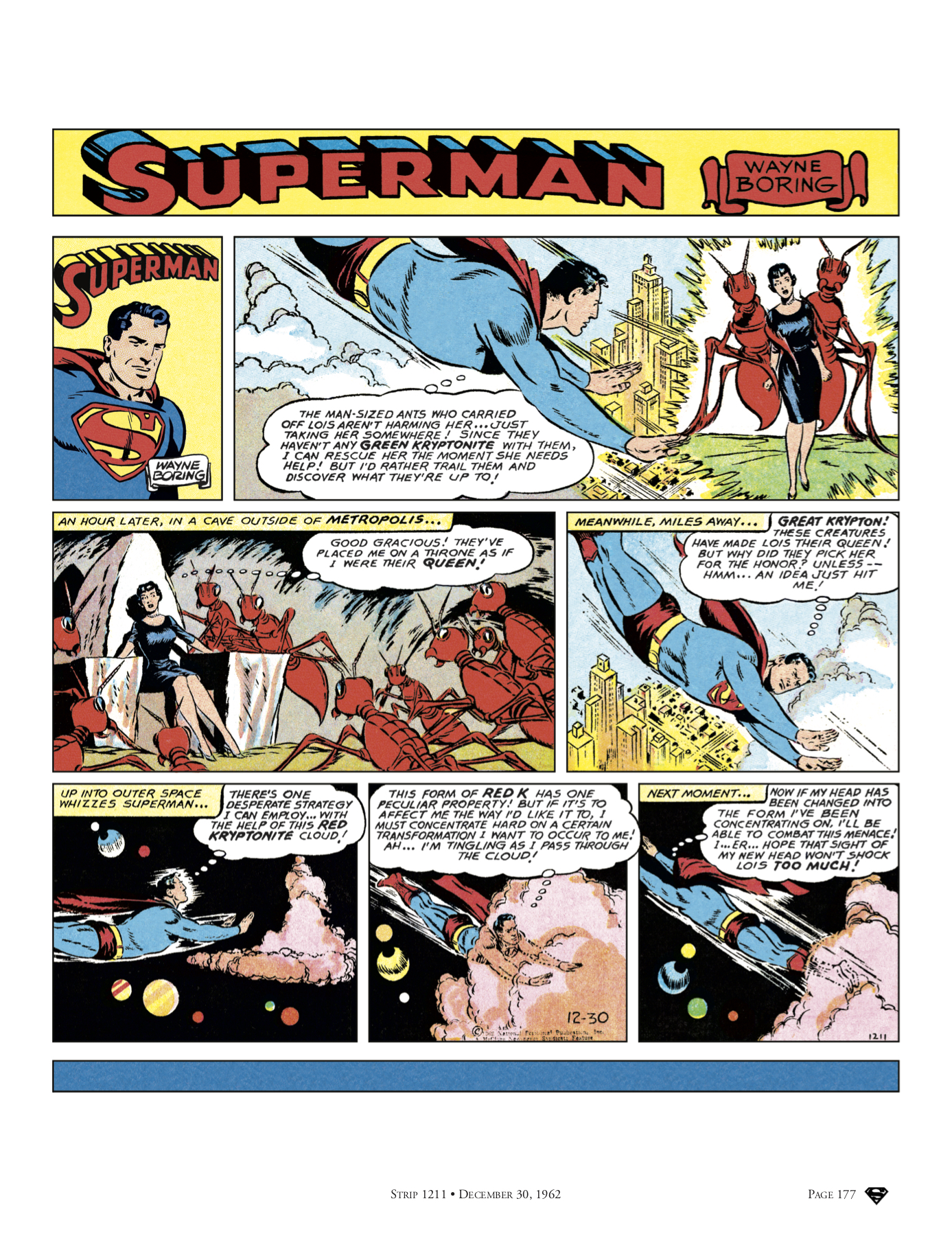