IDW and the Library of American Comics put out some of my favorite archival collections and they’ve got another swell one out 1/3: The Atomic Age Superman Vol. 3, presenting brightly colored Sunday strips from 1956 to 1959 that have never before been reprinted.

Comic books, of course, are the dominant source material for our favorite heroes but comics strips provide a glimpse into an alternate universe: The characters — and typically, the creators — are the same but the stories and storytelling style are usually substantially different.

IDW and LOAC have for some time now been giving modern collectors a chance to re-explore these nuggets that have been lost to the ages. In this edition, we get a mix of comic-book adaptations and original stories. One of the adaptations features Superman’s battle against the Futuremen, written by Batman co-creator Bill Finger, which retells Superman’s origin (starring the most glamorous Lara you’ll ever see). 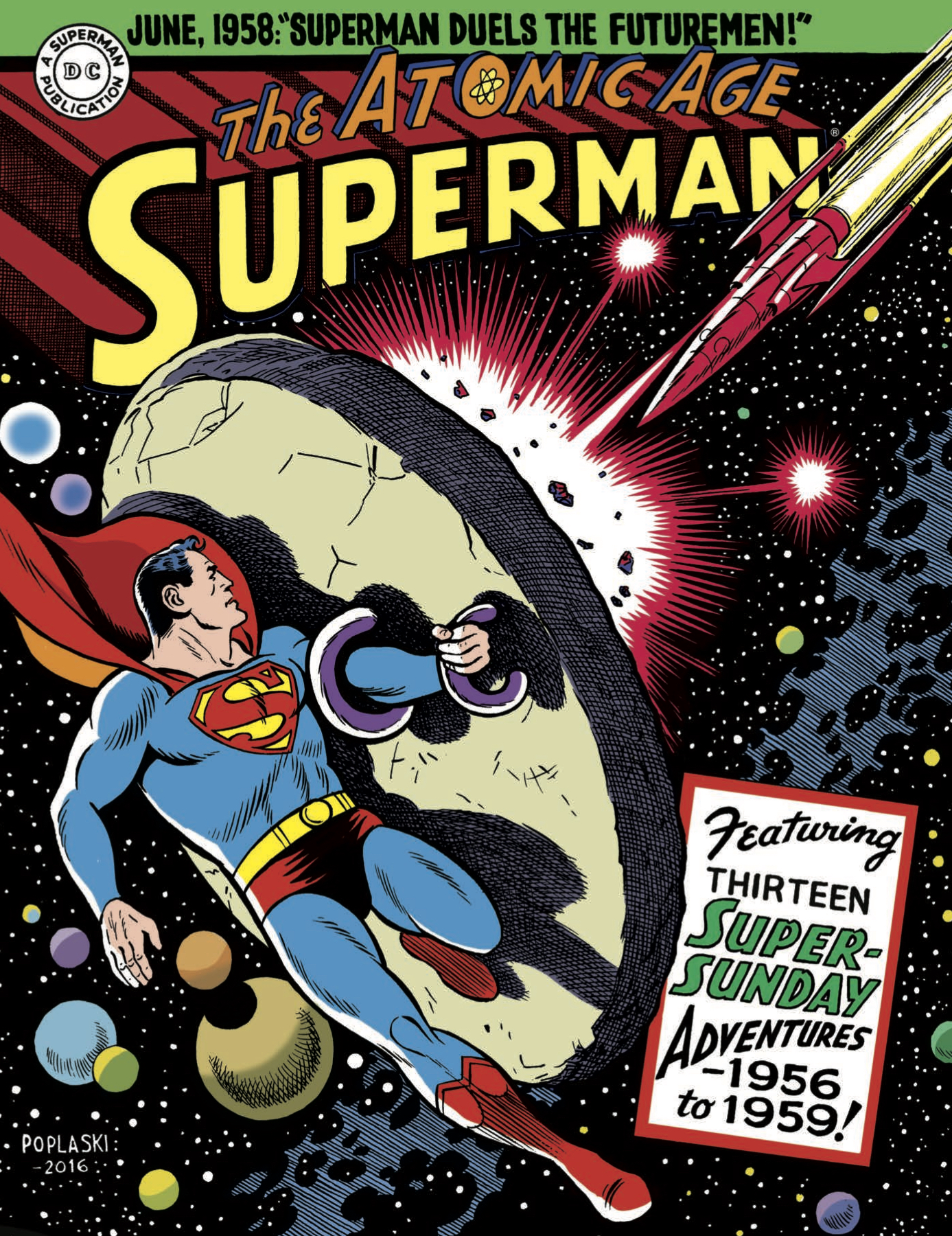 The oversize hardcover lists for $49.99, with art by Wayne Boring and an introduction by Mark Waid with John Wells. It’s also the final Atomic Age volume in the series. Next up is the first Silver Age Sundays edition. (I personally consider these ’56-’59 strips to be part of the Silver Age, but tomato-tomahto. These things get blurry; that Futuremen tale is considered by Supermanologists to be the last Golden Age Superman story.)

Anyway, I dove into the book and pulled out 13 of my favorite pages to give you a really good taste of what it offers. 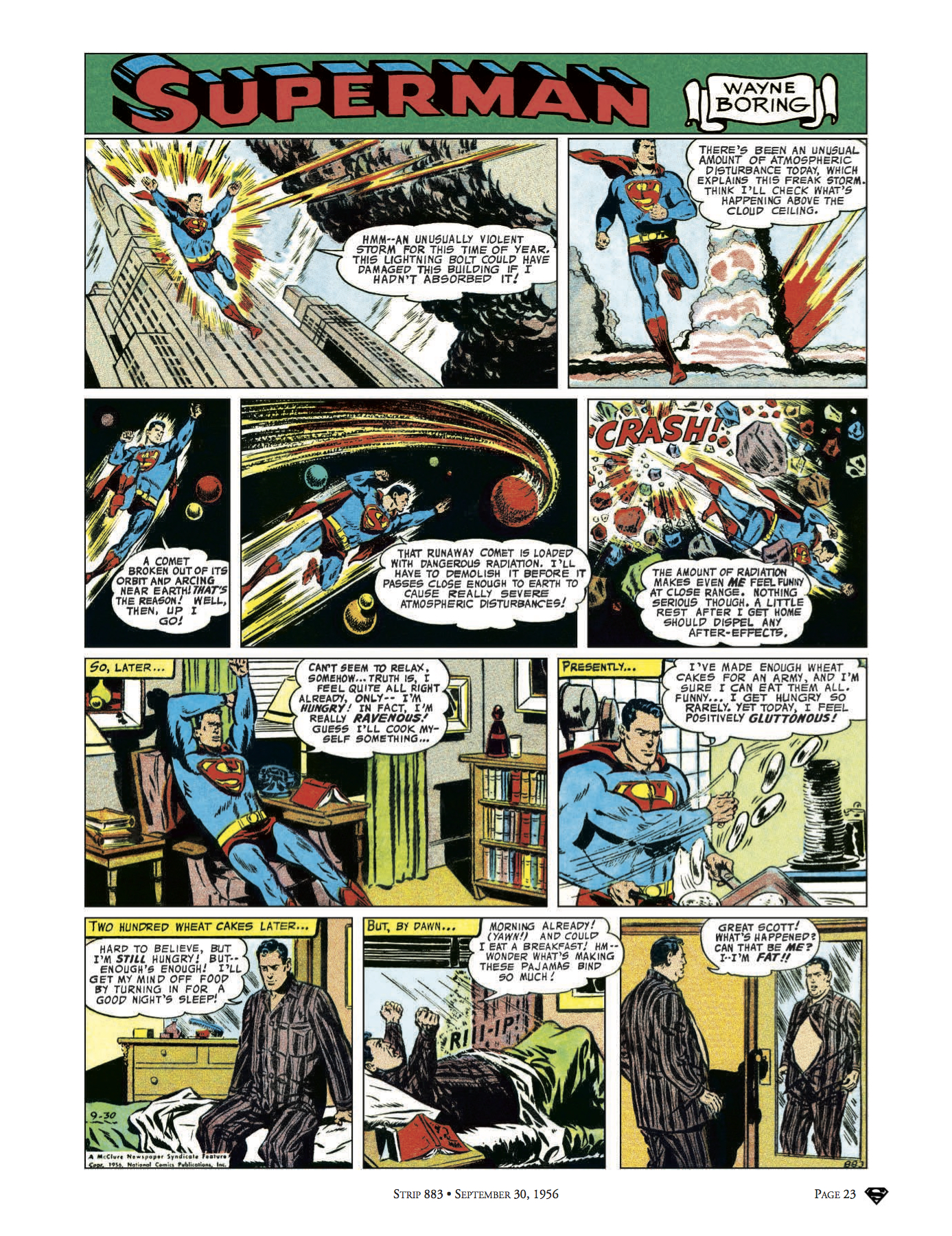 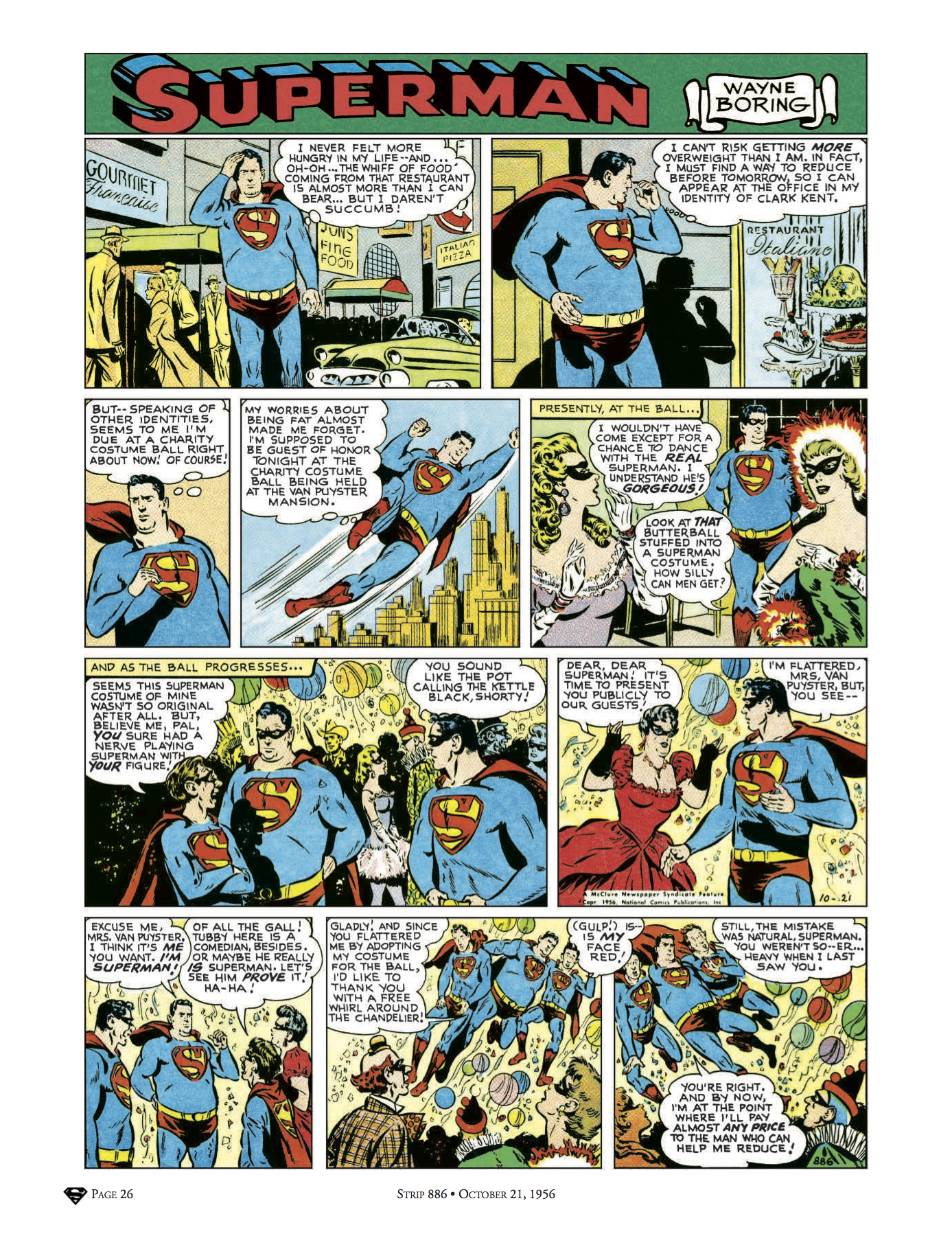 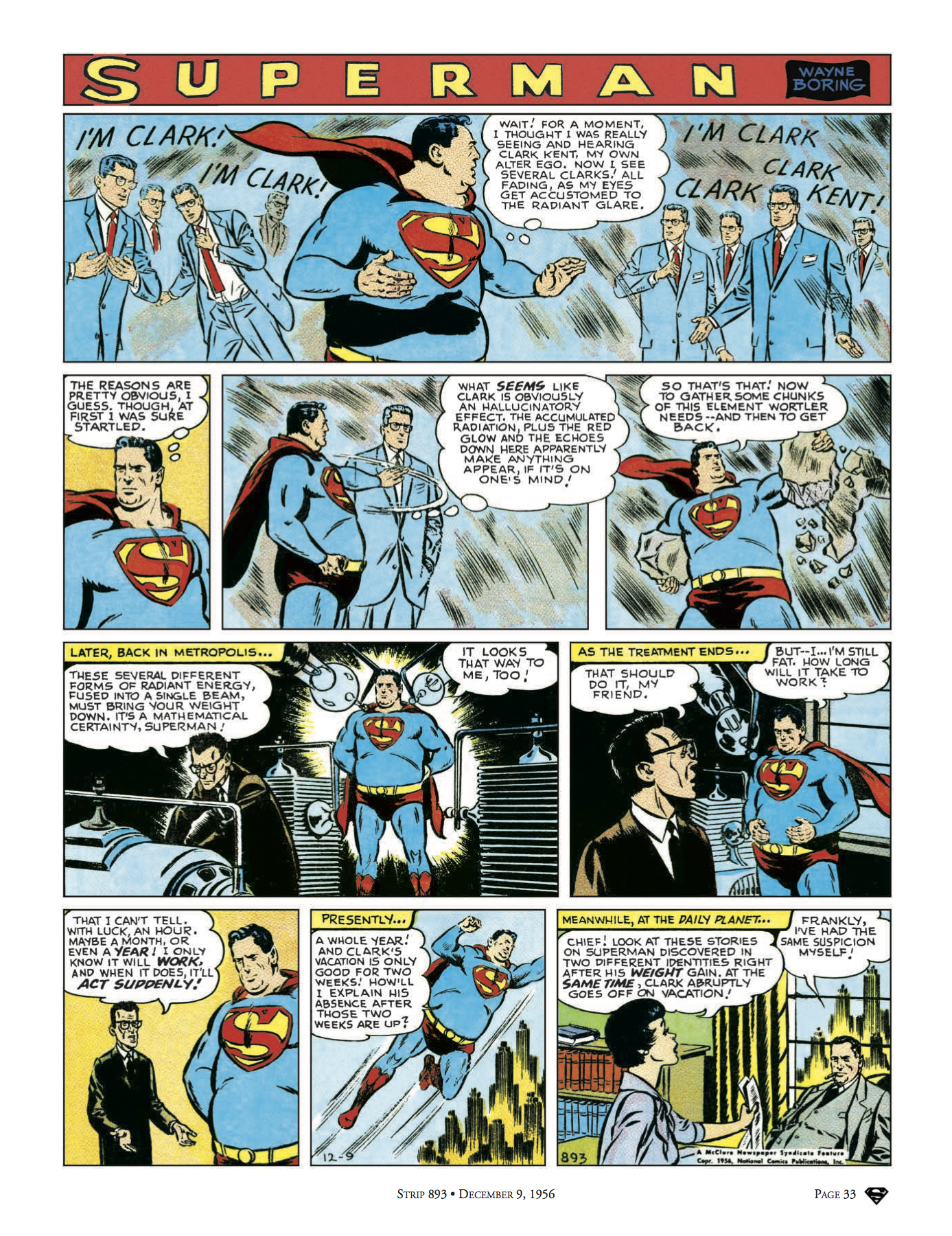 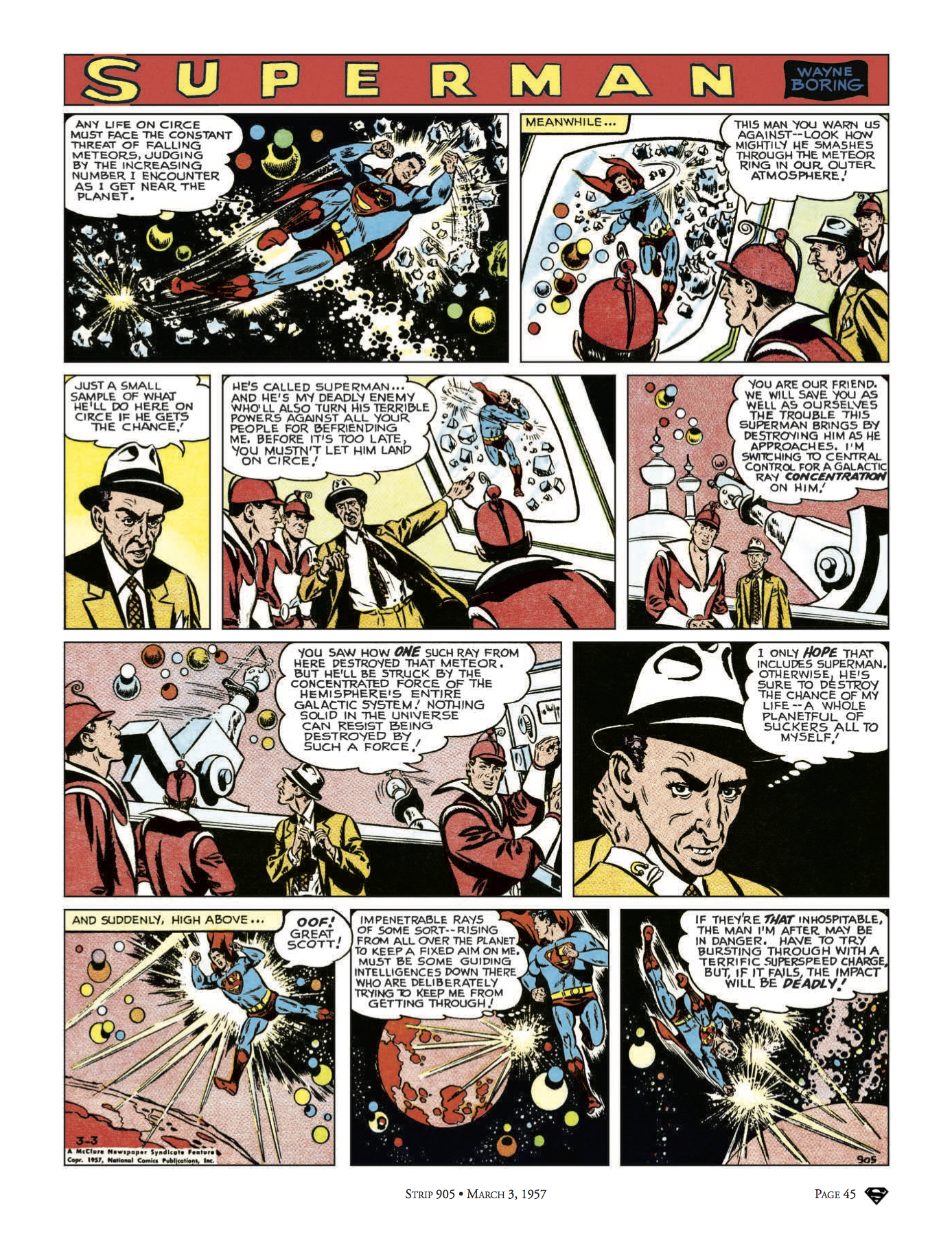 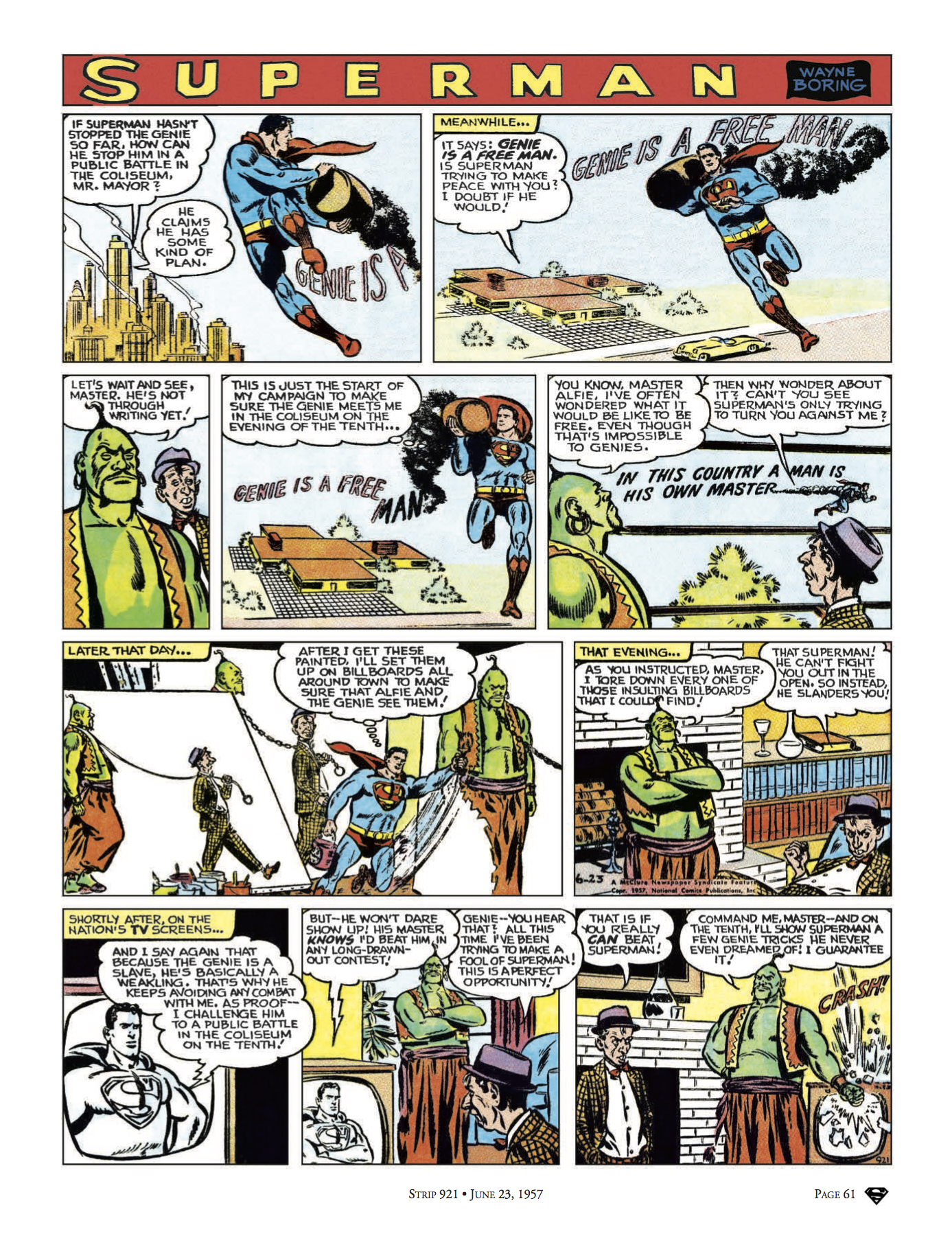 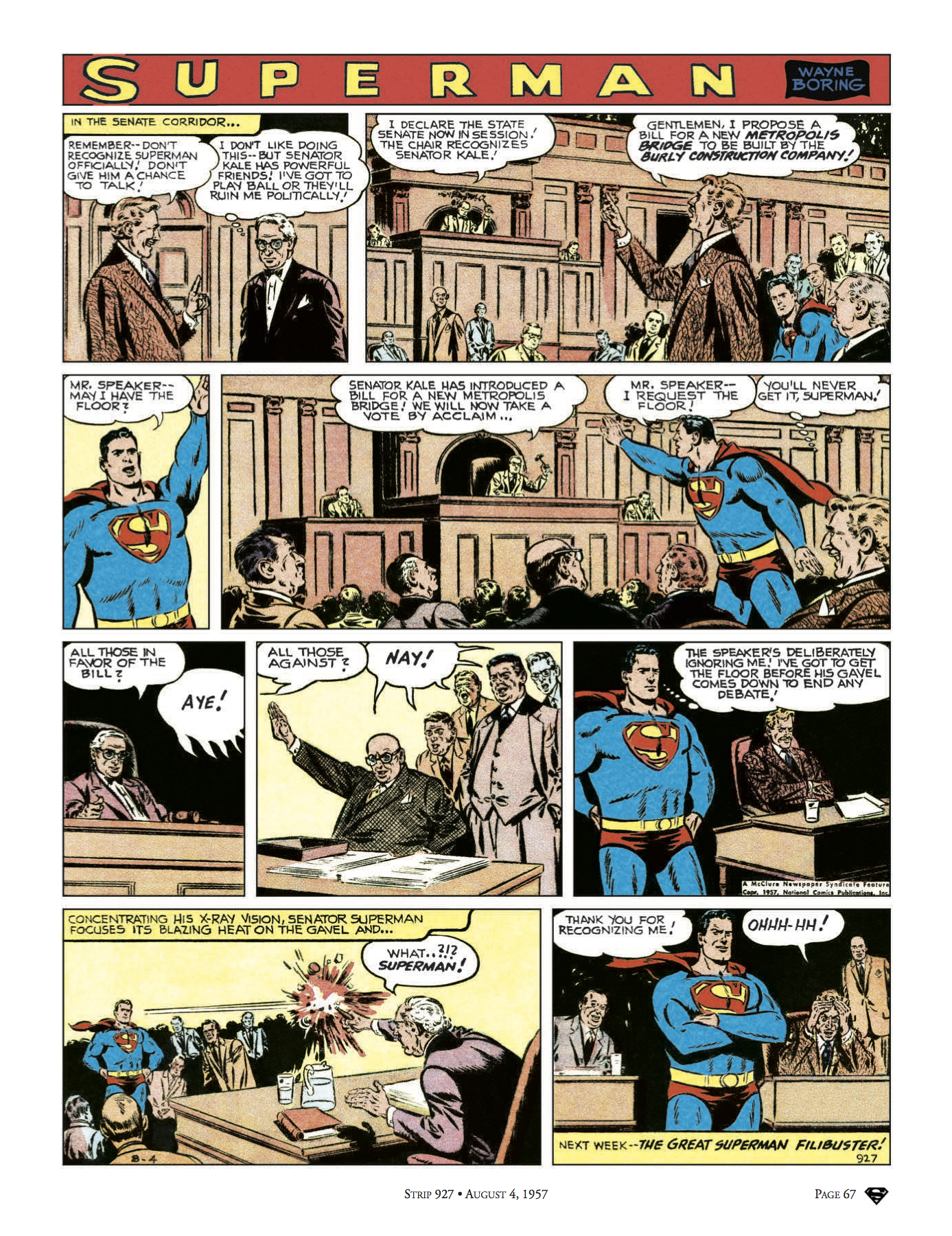 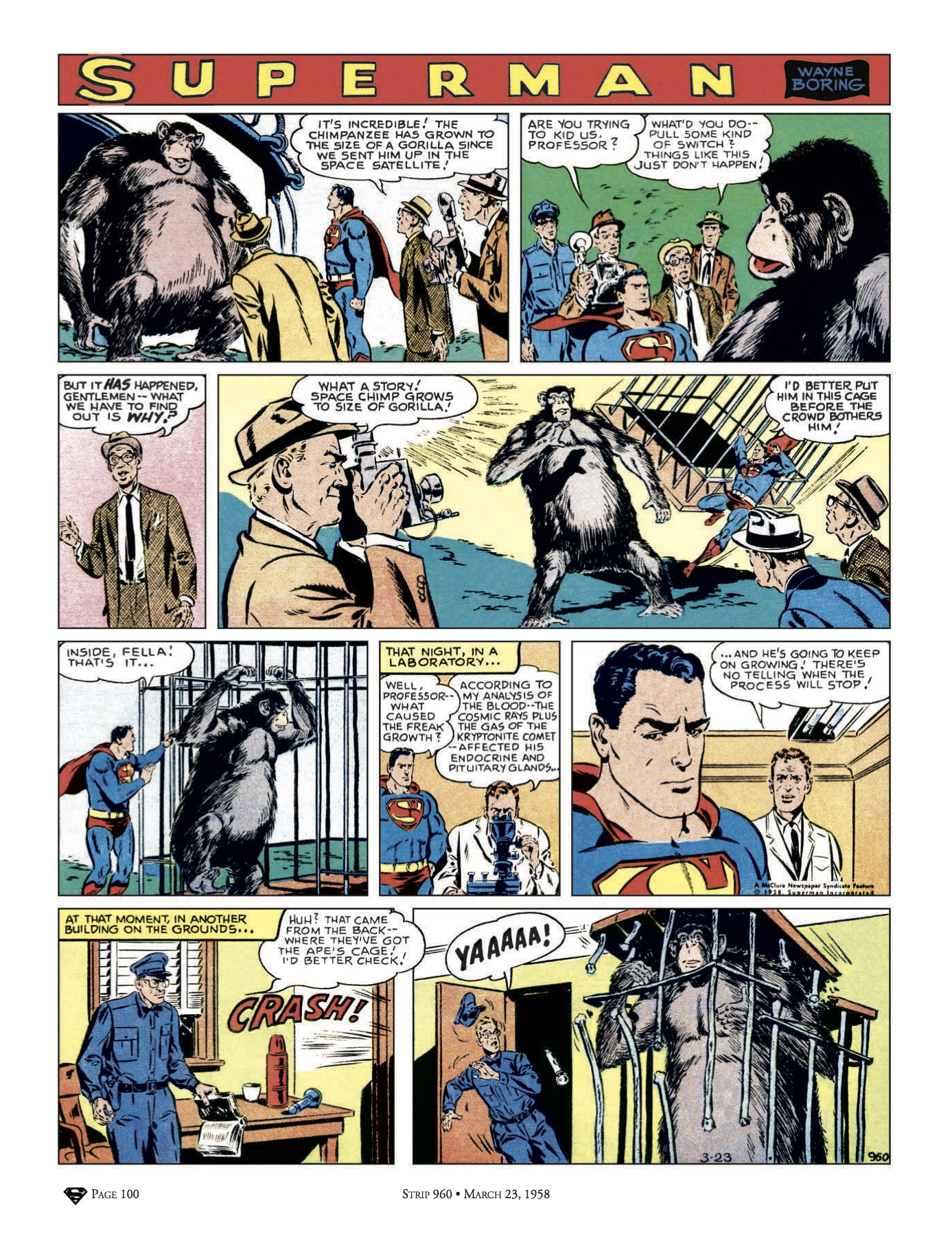 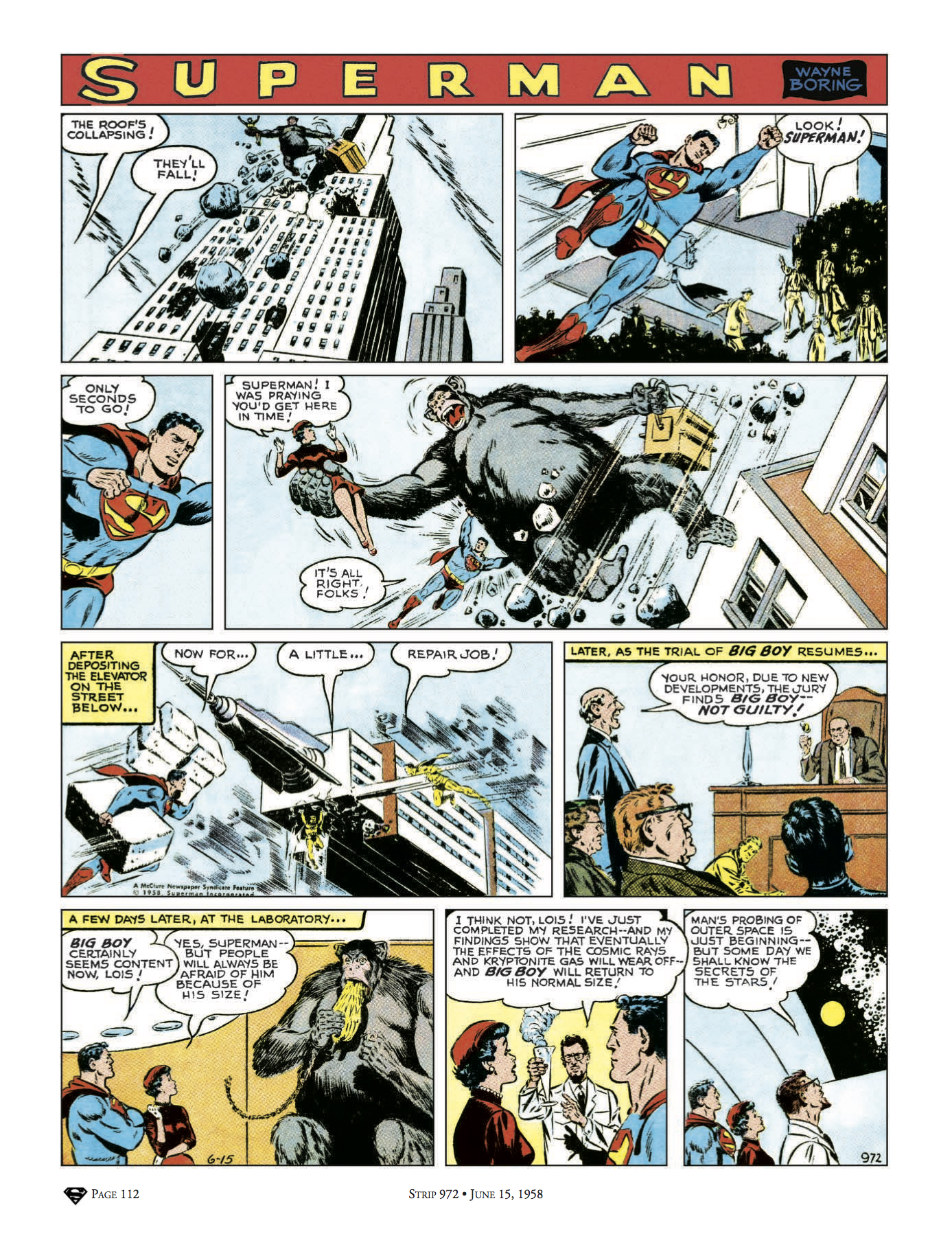 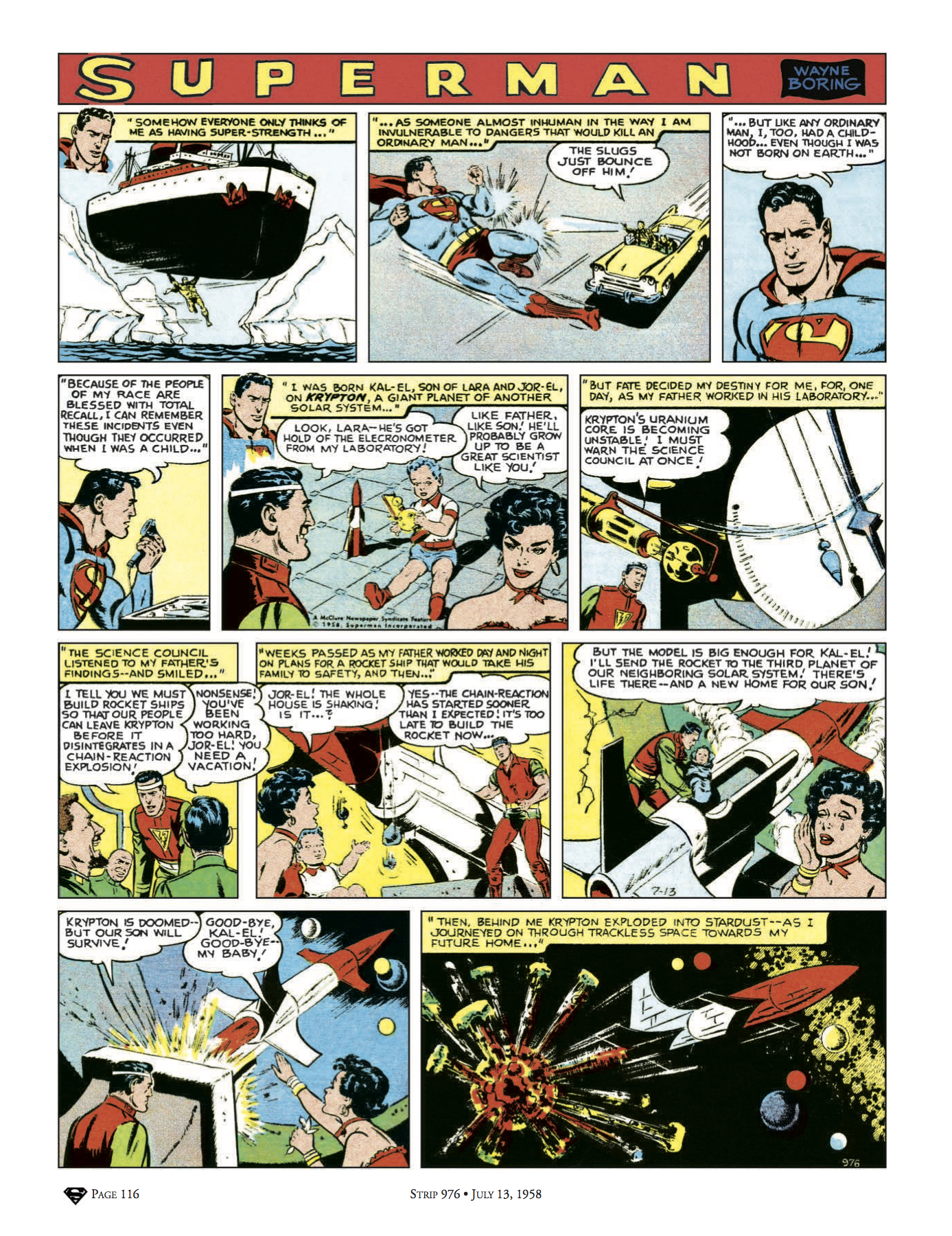 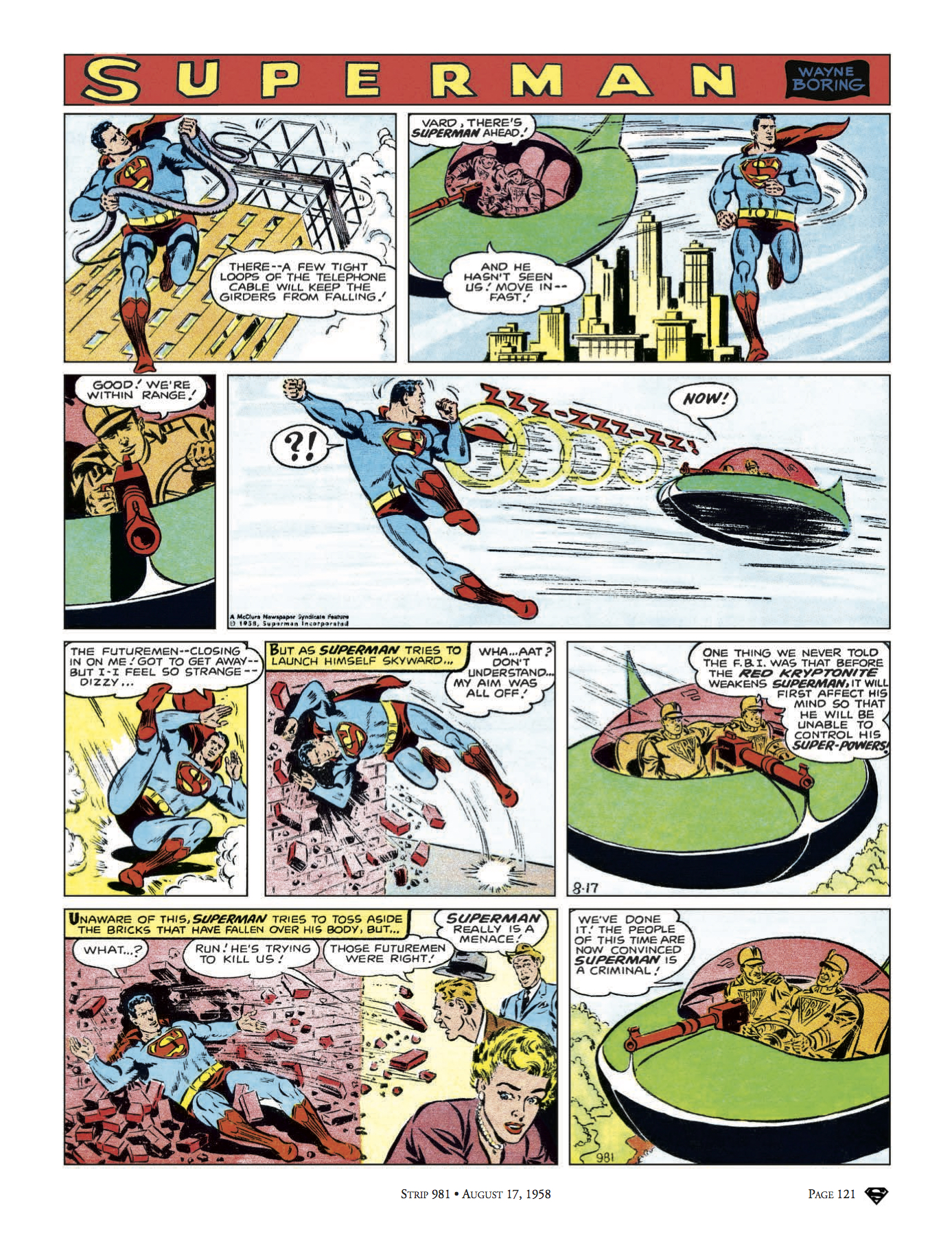 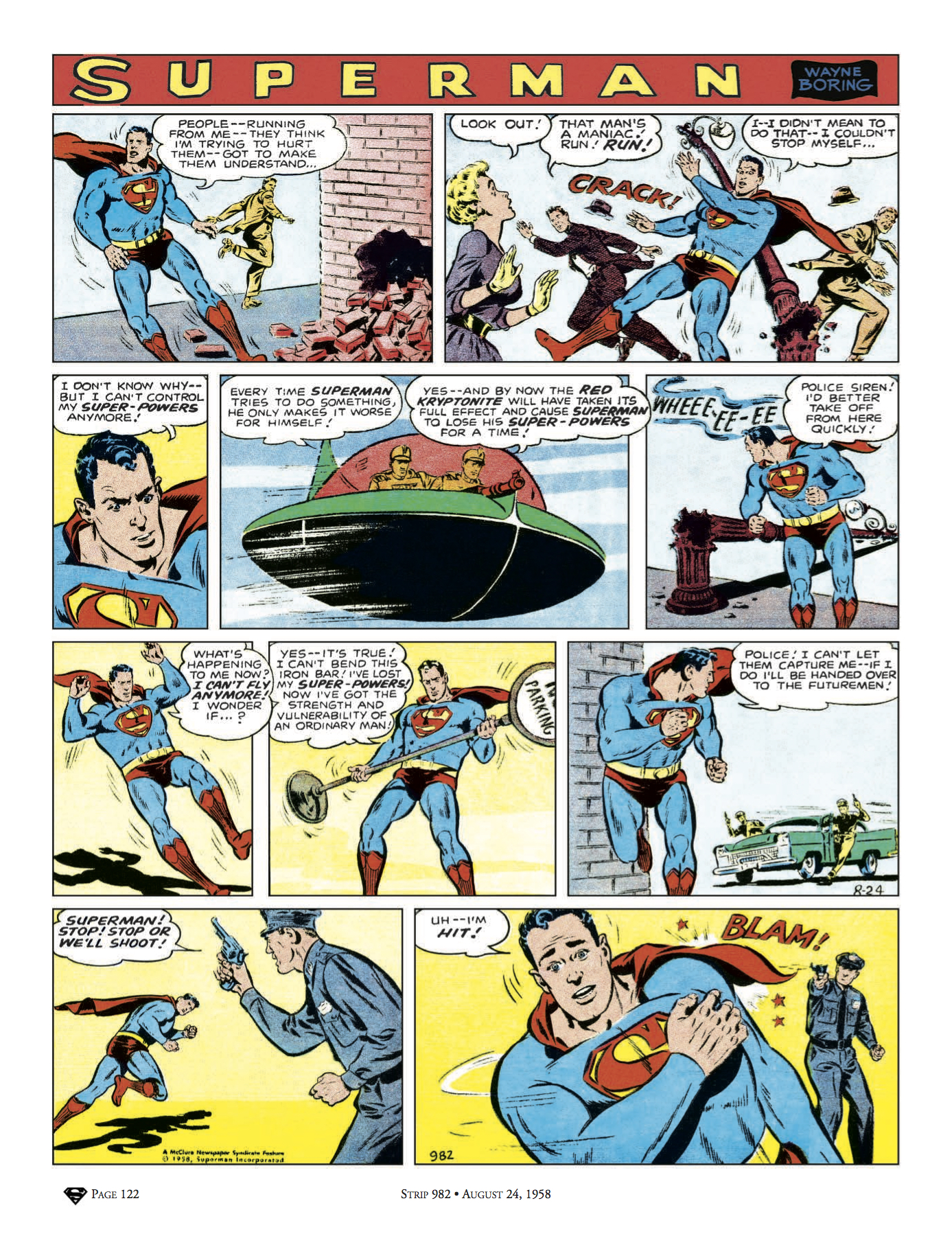 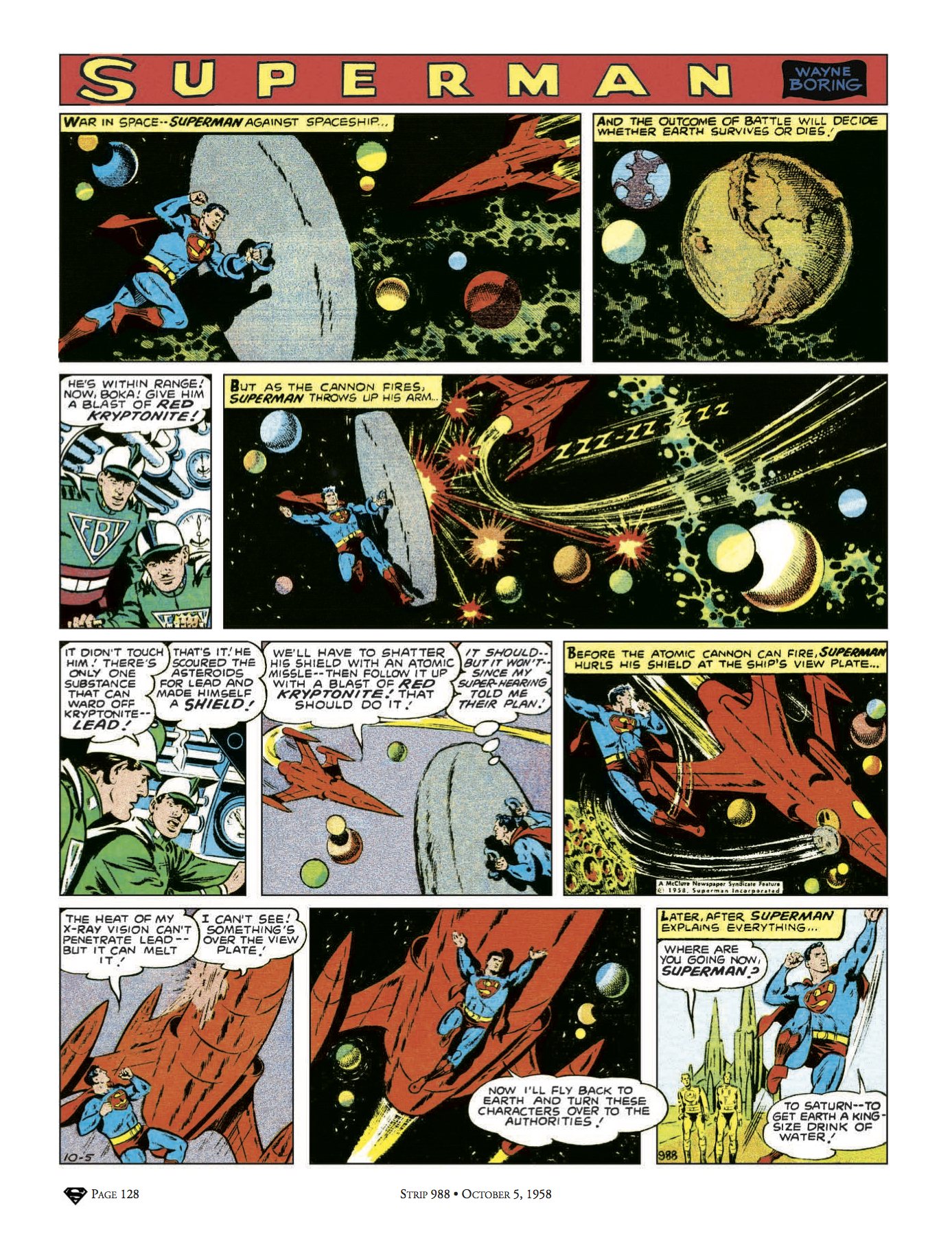 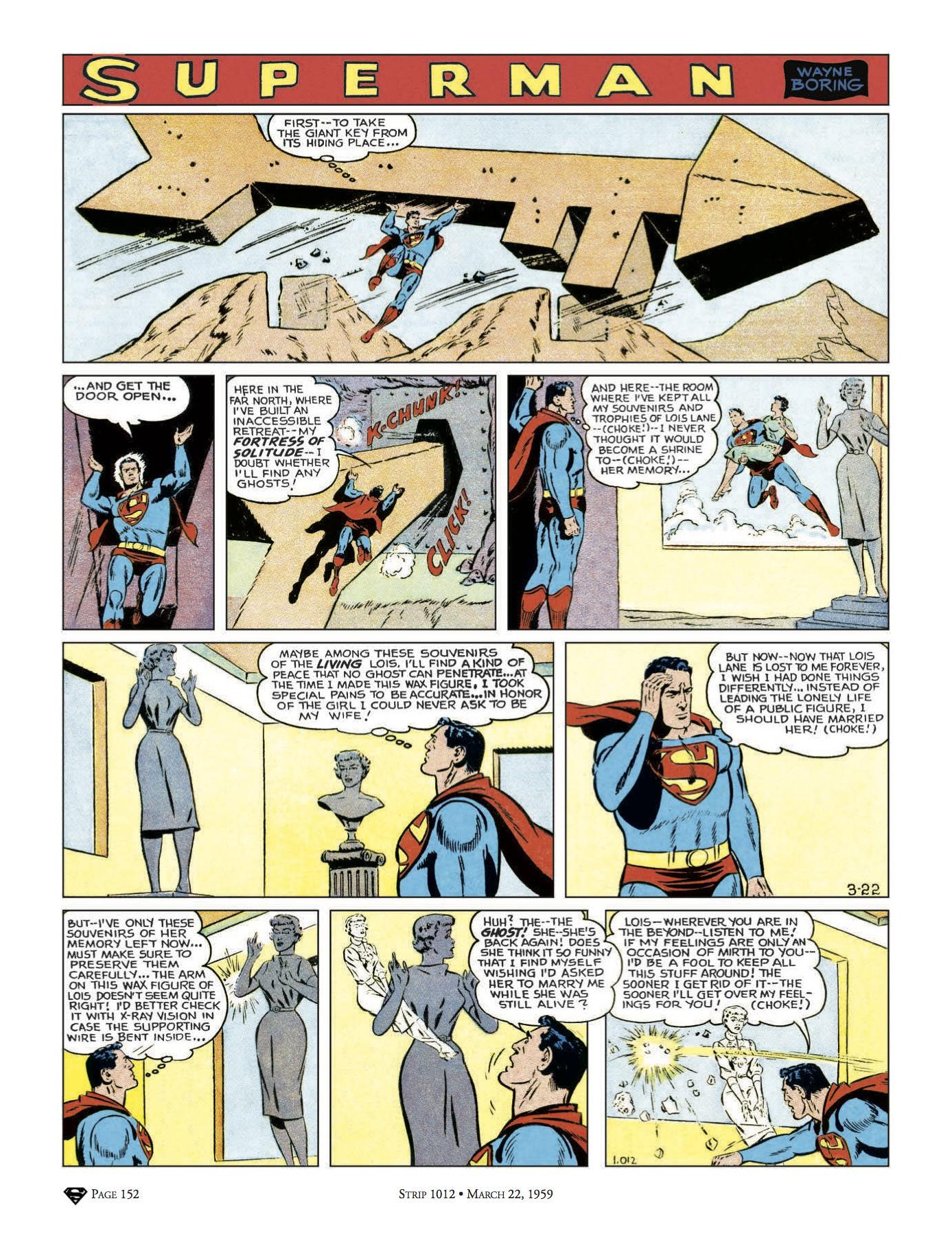