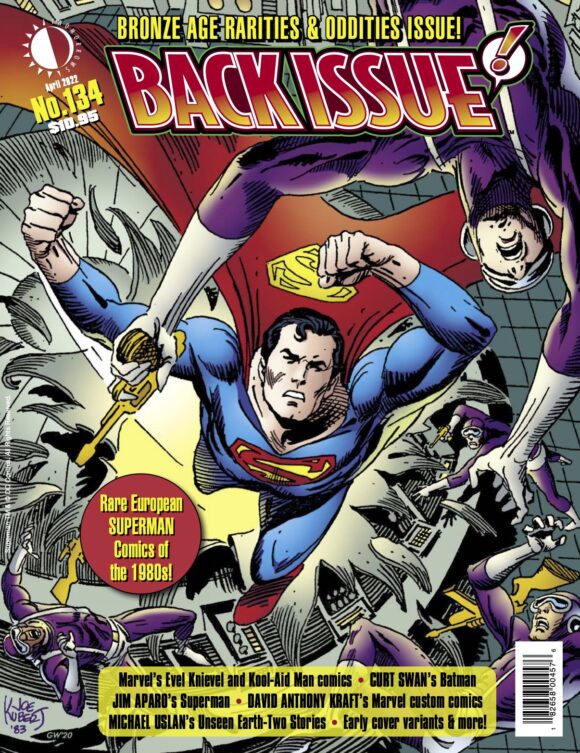 I think I know a fairly decent amount about comics but that doesn’t mean I remember everything off the top of my head. That’s one of the gazillion reasons I love TwoMorrows’ books and magazines — and there’s a doozy of a mag in store for you April 27 — Back Issue #134.

The ish, edited as usual by buddy and pal Michael Eury, is dedicated to “Bronze Age Rarities & Oddities,” and boy is it a treasure trove of the offbeat and nifty. 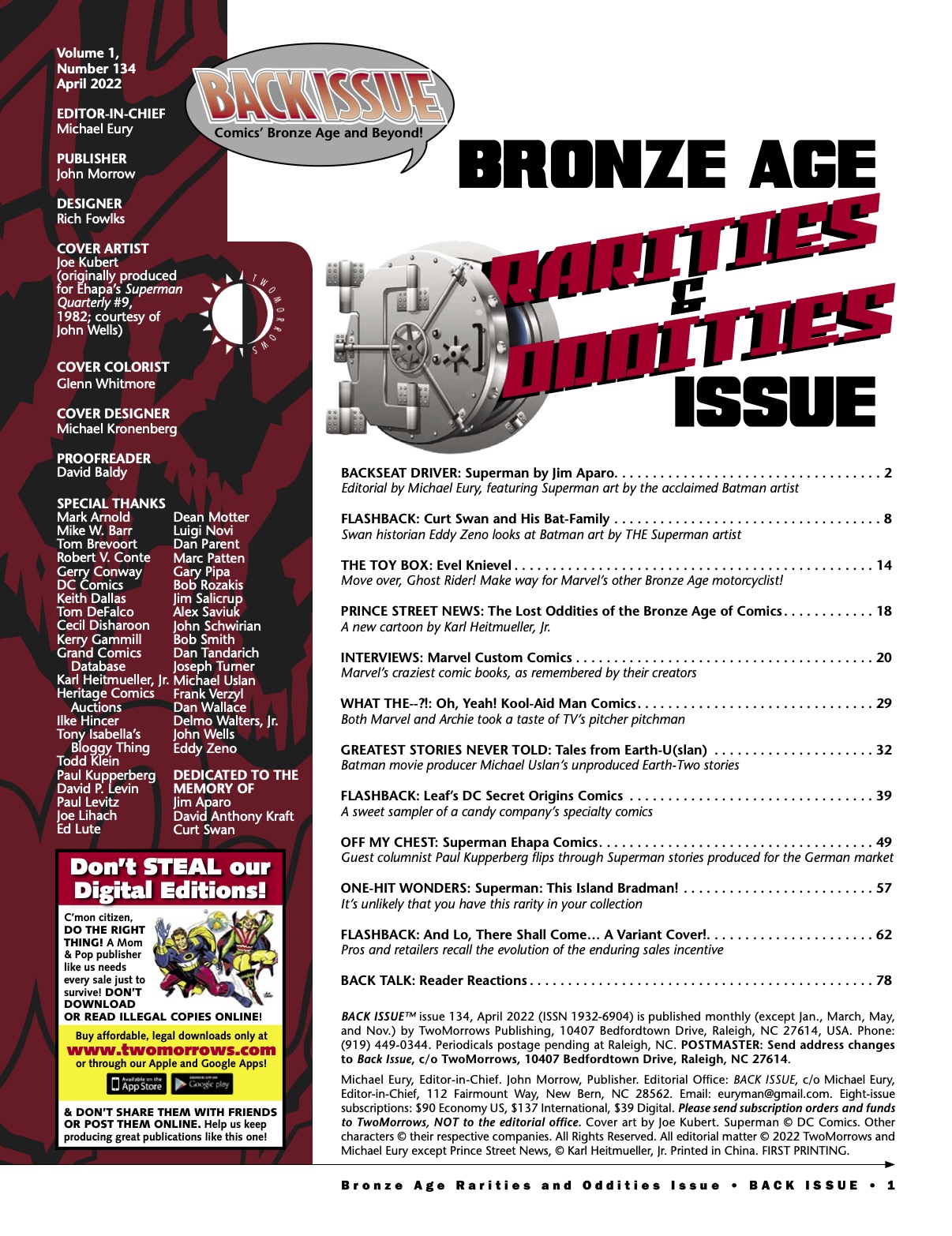 Now, circling back to what I said above, I completely forgot about Leaf’s 1980s series of DC Secret Origins minicomics and boy do they get their due in a terrific piece by John Schwirian.

“In 1979, DC Comics and the Leaf Candy Company entered into a deal where DC would produce several mini-comics to be sold with packages of Leaf Candy,” Schwirian explained in the article. “At the time, Leaf had success with several snacks like Whoppers and Milk Duds, but competition from Hershey, Nestle, and others necessitated new marketing strategies. Both companies benefited, with DC reaching consumers that did not peruse the comic-book stands, and Leaf exposing comic fans to their candy. Eight new comics would be packed with Tart N’ Tangy candies, hitting the stores in 1981.” 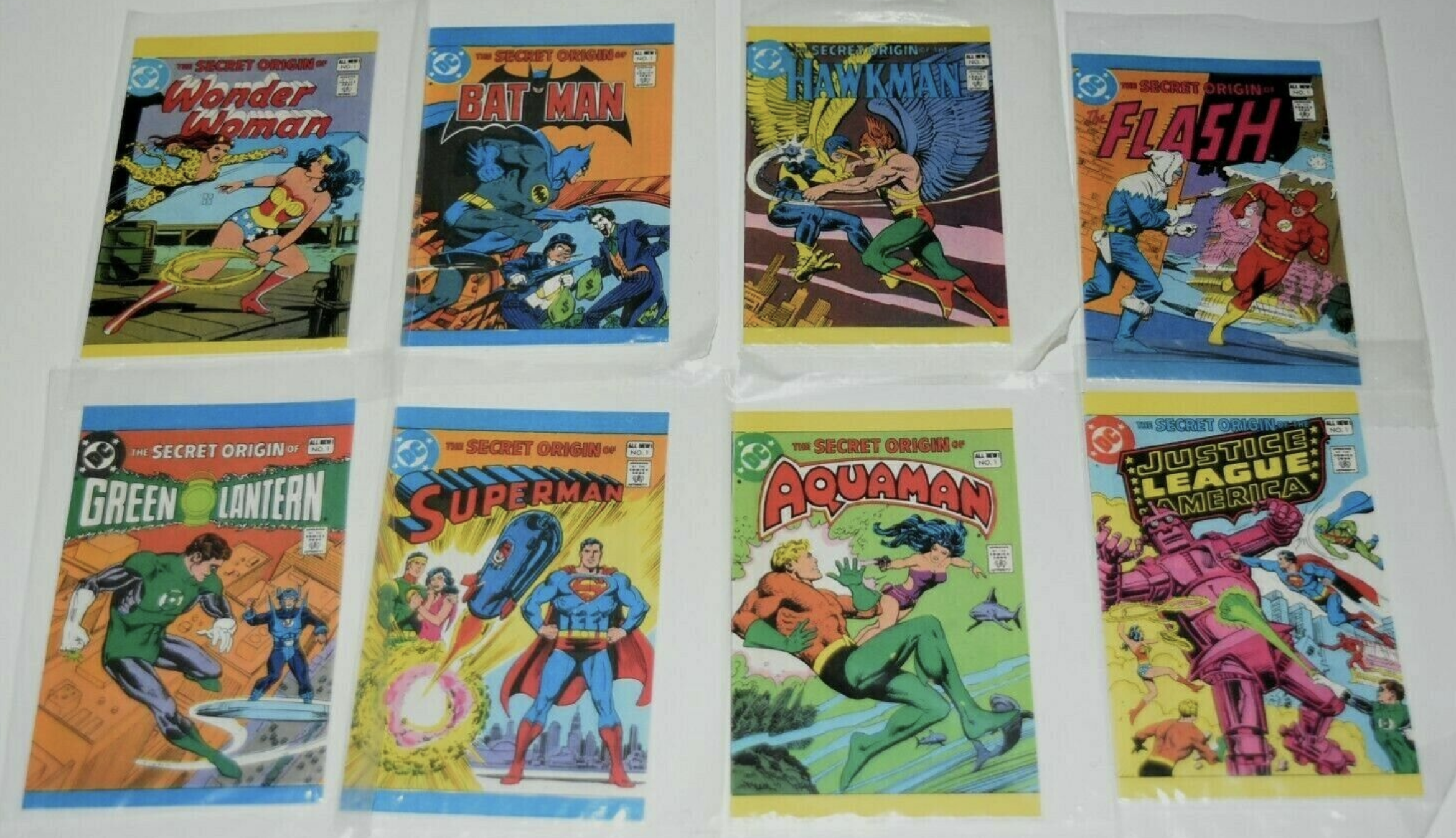 The feature includes not just a history of the series (which didn’t last) but also full-page explainers of each of the eight issues: Justice League of America, Superman, Batman, Wonder Woman, the Flash, Green Lantern, Aquaman and Hawkman. (At least one of them, Aquaman, was written by 13th Dimension columnist Paul Kupperberg.)

So for our EXCLUSIVE EXCERPT, we bring you three of those rundowns — just enough to whet your appetite for what is a feast of a magazine. 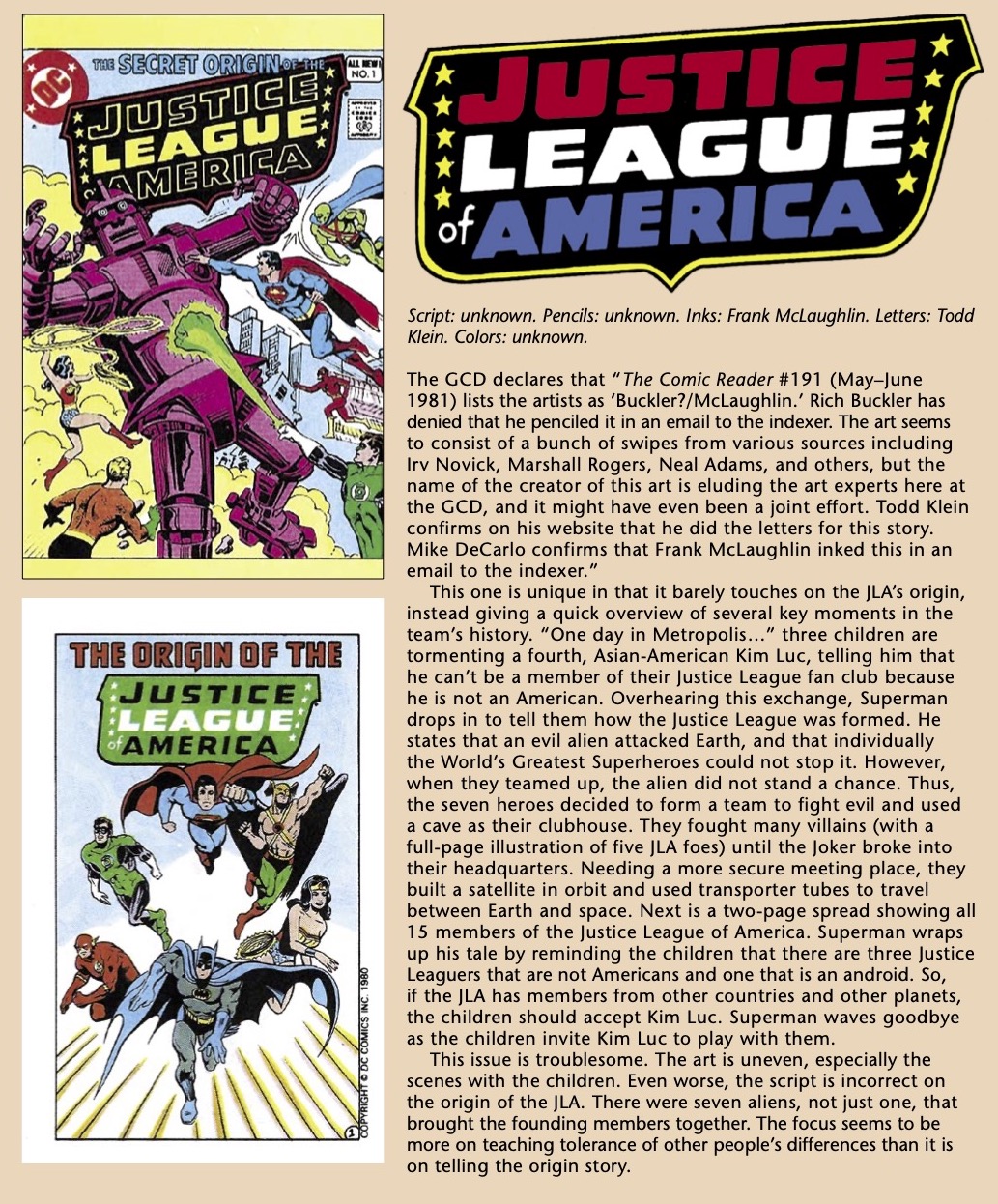 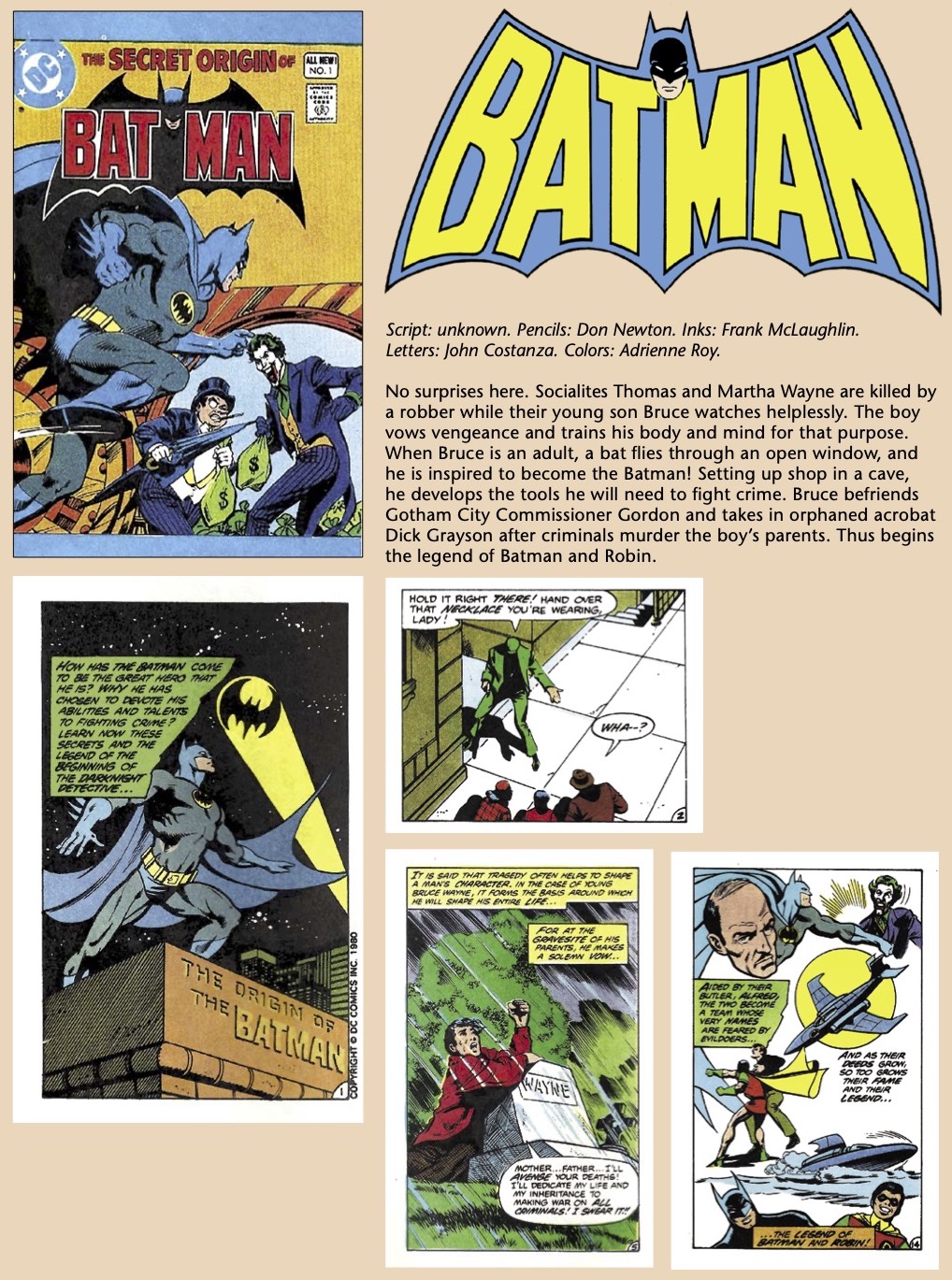 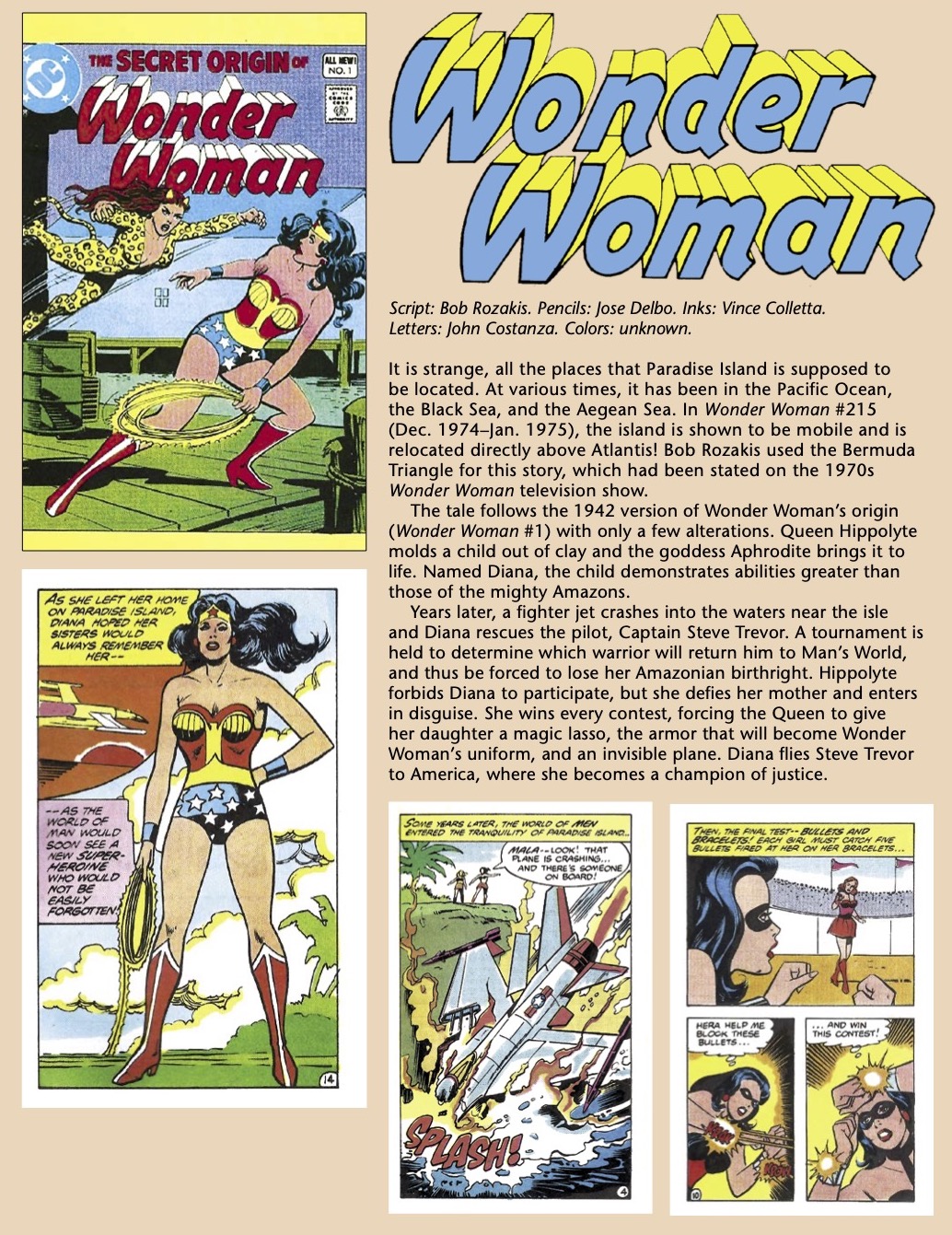 Back Issue #134 is due April 27 (though the date varies in some places). It will be available at comics shops and magazine sellers but you can also order it directly from TwoMorrows. (Click here.)