IN BAD TASTE: Pulling the Trigger on Roy Rogers

Aimee LoSecco, whose spirit animal is John Waters, is back with IN BAD TASTE, her fancy new feature celebrating all that is wrong wrong wrong!

What images are conjured up when I mention the name Roy Rogers?

For some, he was the singing cowboy with his trusty steed Trigger. To others, Roy Rogers was another name for a Shirley Temple when you ordered a kiddie cocktail.

Roy Rogers holds a special place in my heart. Not only did he make some mean fried chicken, he was my imaginary friend when I was 3 years old. He was only six inches tall, but the man that fried up those Buckaroo Burgers and Saddlebag Fries really made an impact on my wee worldview.

Fast forward 30 some odd years and I find a Dark Horse archive edition of Roy Rogers comics and memories of golden palominos and an endless hamburger fixin’s bar come flooding back to me. 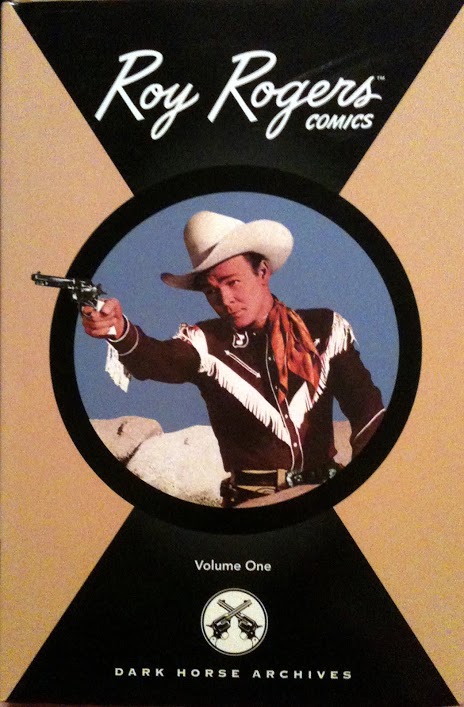 These are the earliest Roy Rogers comics from 1944-’47 and they all have the same setup: Roy gallops into town to save a girl’s ranch, girl fights by Roy’s side, the bad guys are foiled with a hail of gunfire and the ranch is saved. Every single story.

Here’s what else you get: Cross-dressers. Cussing, drunken “Injuns.” “Coolie” Chinese. Lesbians. Killer albinos. Trigger rolling around in the grass.

Now, I understand that these comics are a product of their times. Refreshingly, Roy treats every marginalized character with respect, whether it’s speaking Sioux to cussing Long John or freeing Laury the lil’ lesbian from her indentured servitude. Moreover, every girl winds up fighting by Roy’s side like a she-catamount. She-catamount? I she-it you not.

Having said that, let’s skip to the good stuff and revel in these long lost four-color, off-color gems: 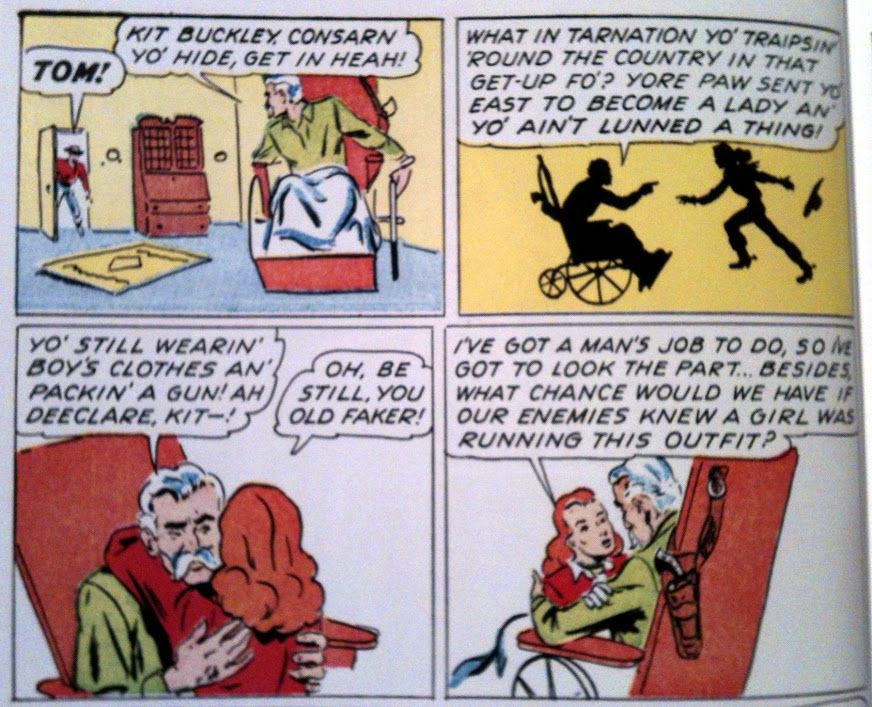 All of a sudden a dress makes her a lady in front of the verbose Long John. Hasbian. 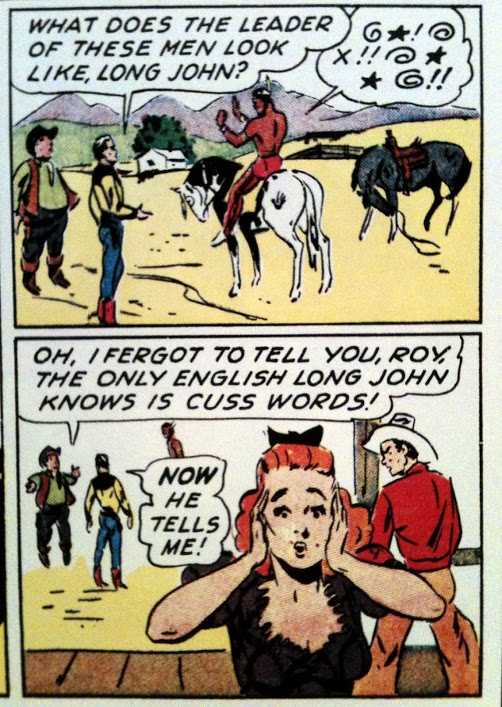 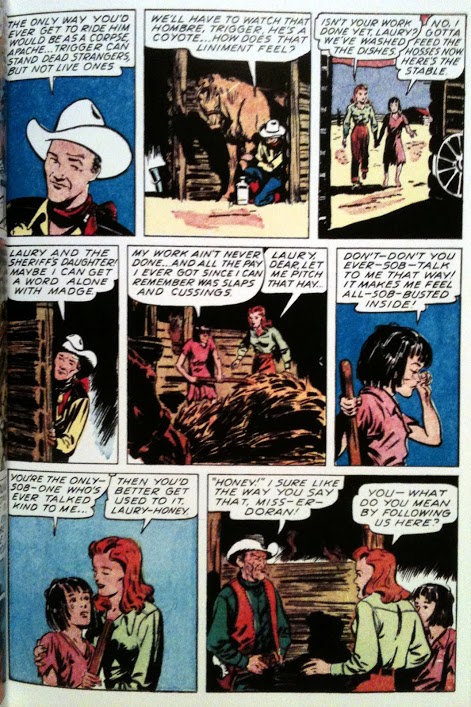 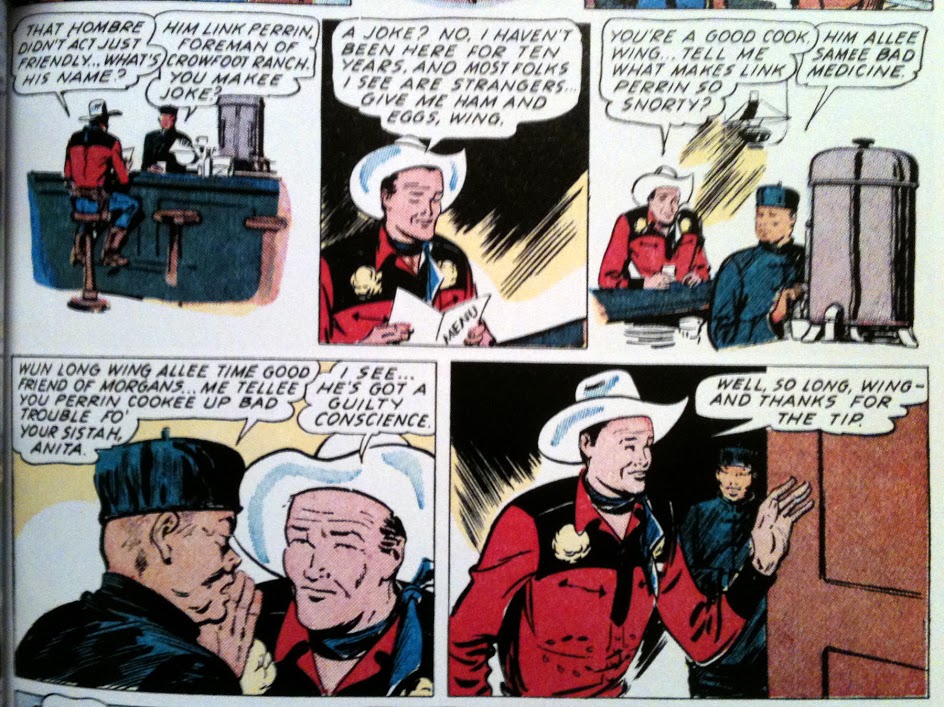 Four Color #109, “Towers of Gold”, 1946. Holy confused stereotypes, Batman! Is he Harmonica John or Juan? Way to multi-task on the racism there. 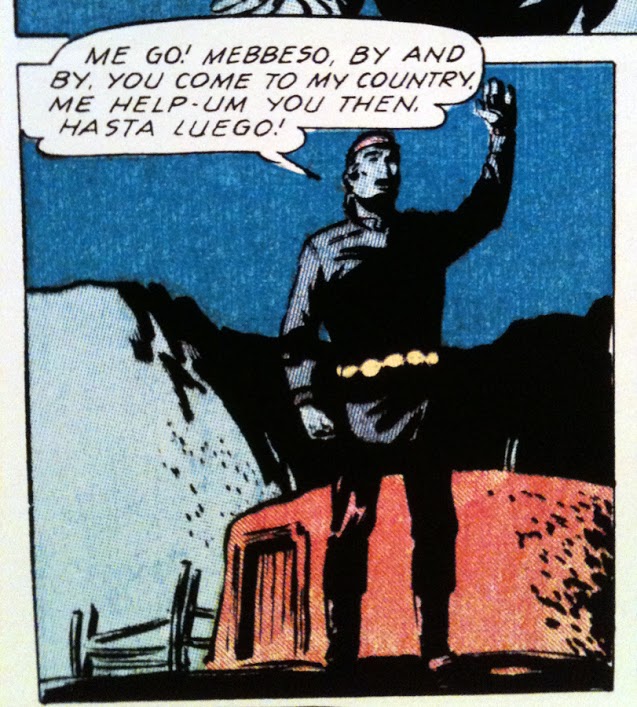 “Blood in the Badlands”, 1946. Nobody’s safe from the stereotypes, not even the pigmentally challenged. 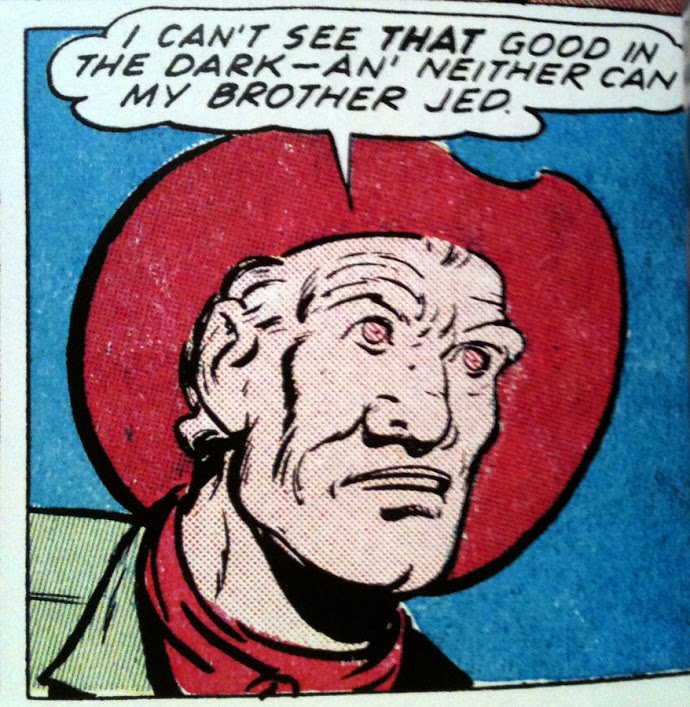 And here’s Trigger’s splendor in the grass. He makes it look so damn good. 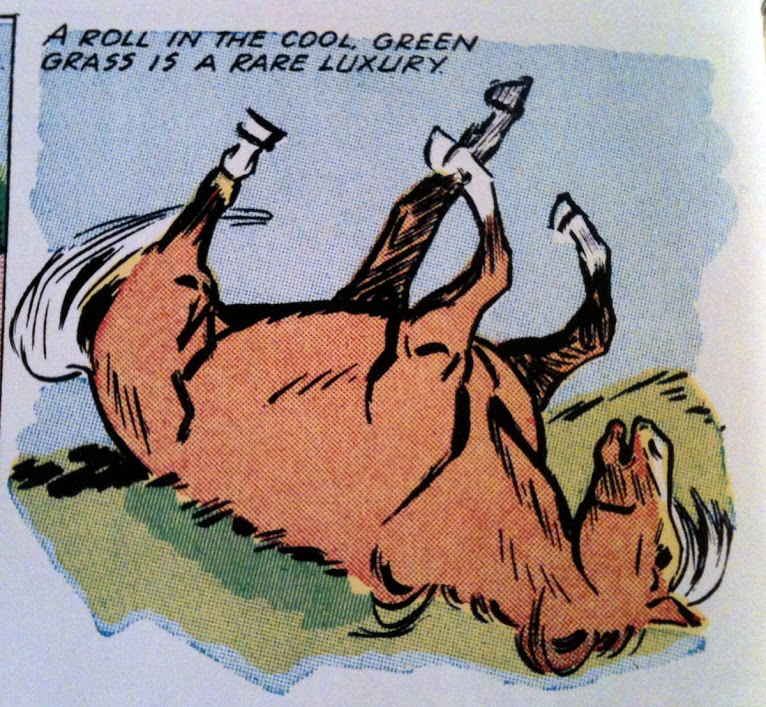 For the record, a Roy Rogers is a Coca-Cola with grenadine and a cherry.