New feature! Aimee LoSecco of the HOT PICKS crew turns her jaundiced eye to outlandish comics of yesteryear that are patently offensive to 21st century sensibilities.

A true lost gem, this is the first of a two-issue series available only to GIs at military PX locations in 1969. No indicia, but there is a “Letter From the Editor.” The editor? The one and only Wallace Wood. 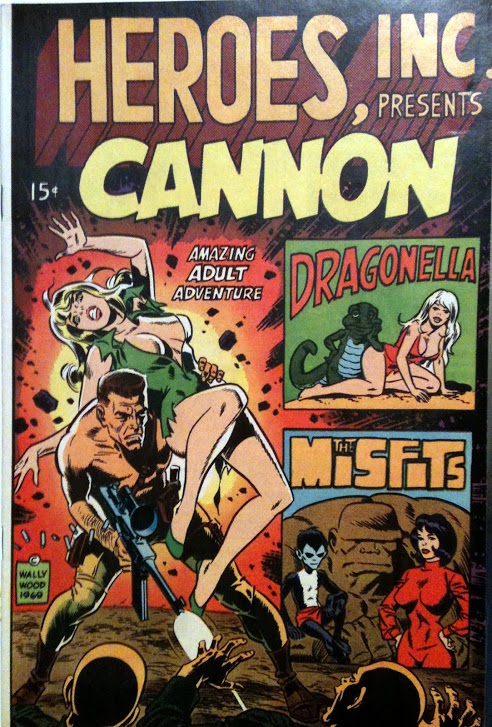 This self-published issue is pure time-capsule fun. The ads are as entertaining and offensive as the stories themselves. They’re all aimed at every GI’s dream: putting a ring on their fiancee’s finger, buying a piece of land, and maybe dancing with some dame at the next USO dance. 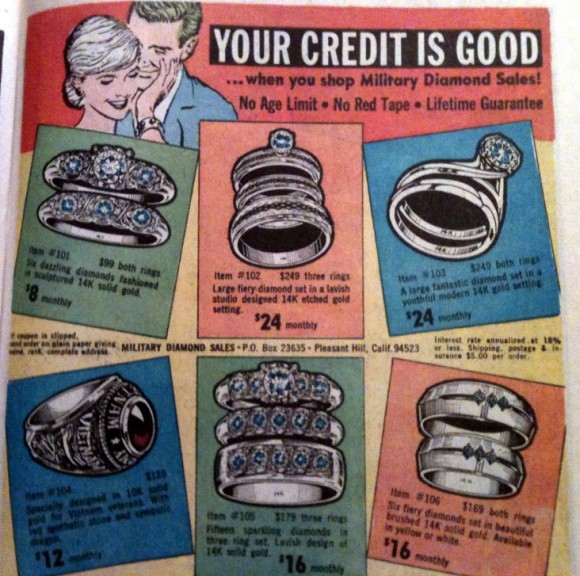 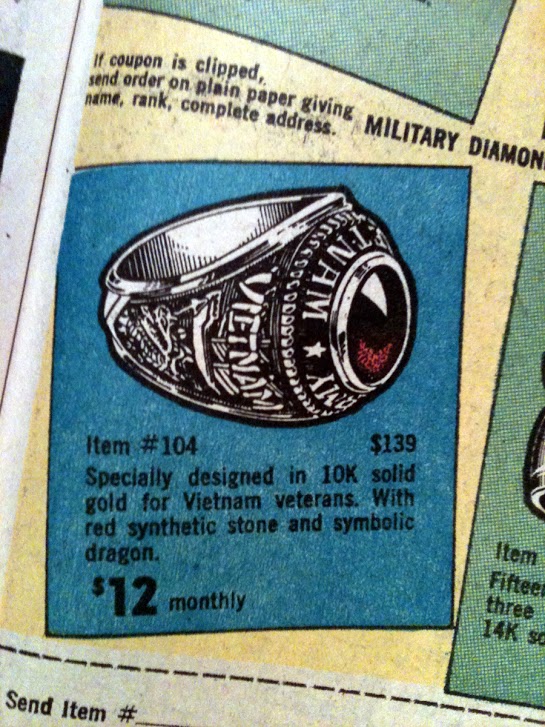 Every other ring offered in every other ad has a real stone. Our boys who served in Vietnam get glass. There’s no better way to say, “You lost a fake war, baby killer” than with a piece of red crap in a setting that will turn your finger green. 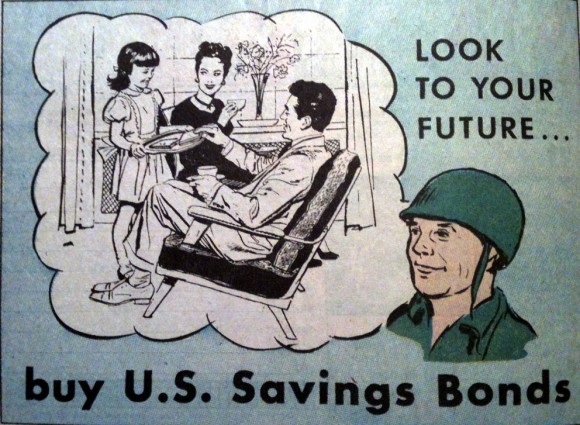 One day I’m gonna cash in my war bonds and buy a mod living room set and matching slave girl to serve me sandwiches with the crusts cut off. 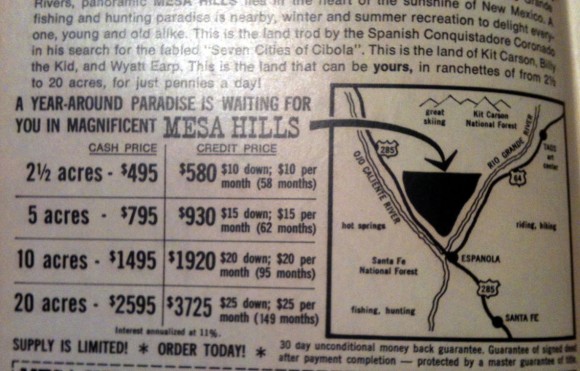 I’m gonna buy me a piece of land and start my family like in that war bonds ad! Whaddya mean it’s a desert? And I don’t own it? I sent that ad my two bits for 2 ½ acres!

Now “Cannon” (Wally Wood writer/artist, Steve Ditko inks) is a CIA agent brainwashed by dirty Commies. U.S. scientists obliterate the rest of his humanity to make him the perfect covert agent. It’s your typical one-man-army story, complete with a buxom blonde launched over Red China with a rocket pack. She sure is a bombshell! Hyuk! 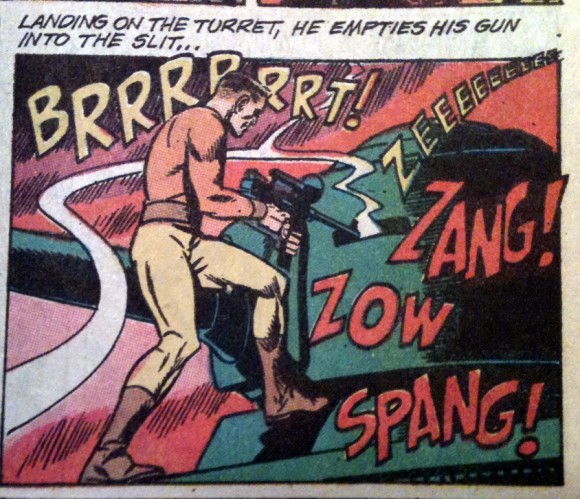 That’s what she said. 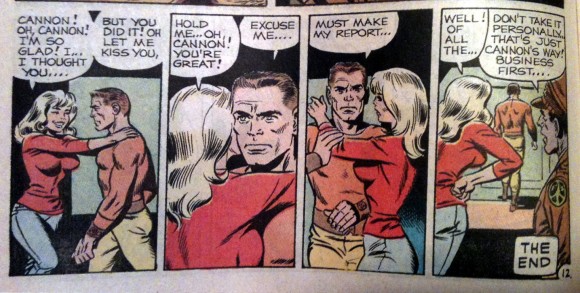 No time for love, Dr. Jones!

“The Misfits” (Wally Wood writer/artist, Ralph Reese inks) is a sci-fi tale revolving around three telepaths: Mystra, a nubile android; Shag, a Gleek-ish alien; and Glomb, a giant mutated baby. Apparently U.S. scientists liked to screw innocent people the eff up back then. These three try to foil an alien’s control over the earth’s humans and machines. Boring, until you get to these two panels. 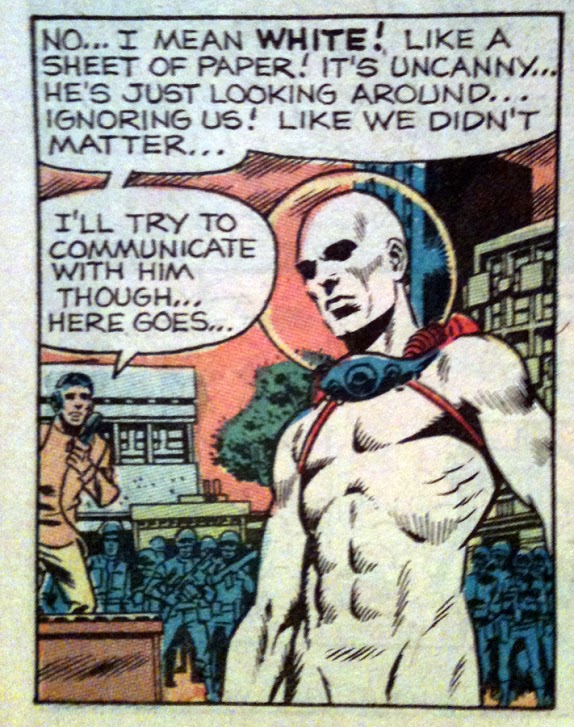 Last up is “Dragonella”, (Ron Whyte writer, Wally Wood, art) a gag strip about a dumb, stacked blonde and her dragon pal setting out in the world to find her prince. 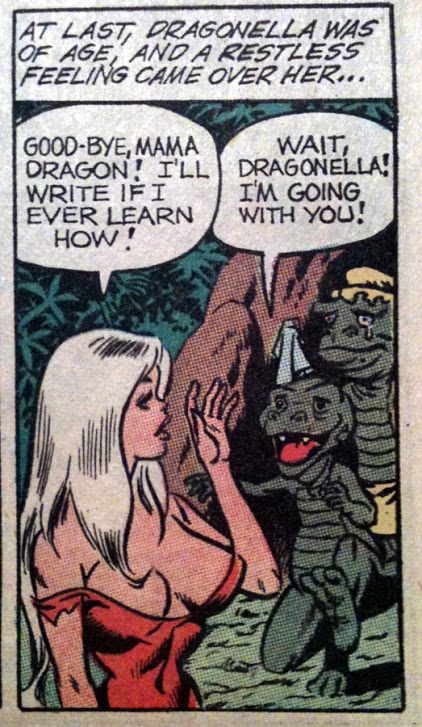 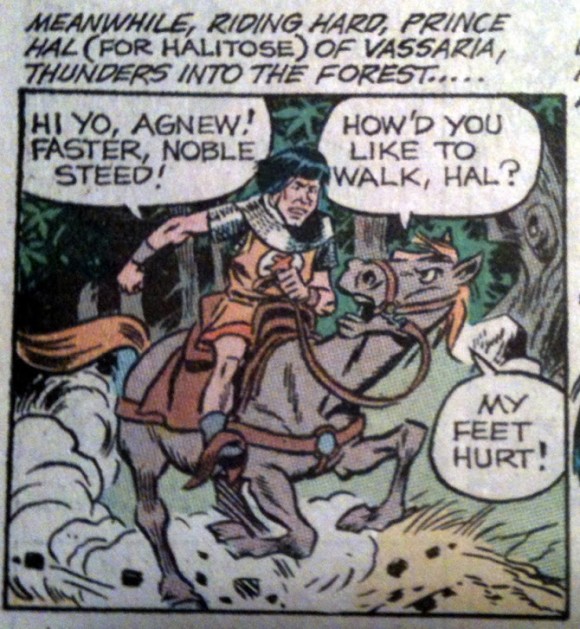 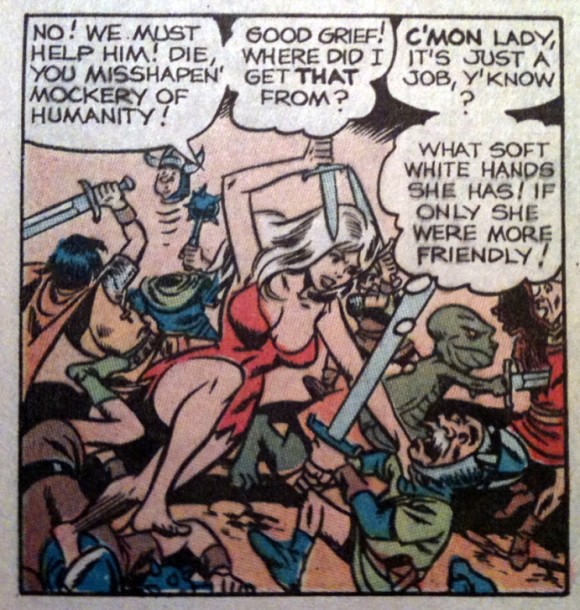 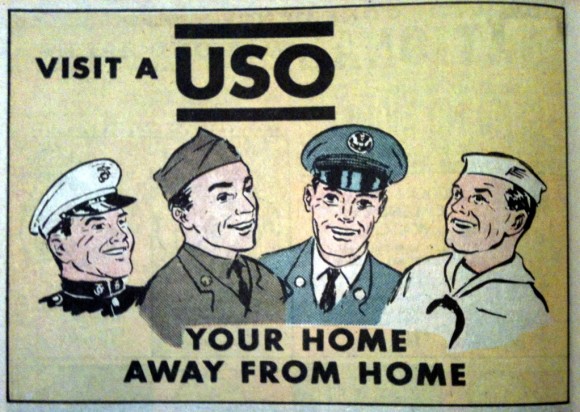 Where all the broads at?!