Fans of both Golden Age and Modern Age comics are in for a treat: Howard Chaykin’s 1987-’88 revamp of the classic series is getting collected for the first time, according to a listing on Amazon. 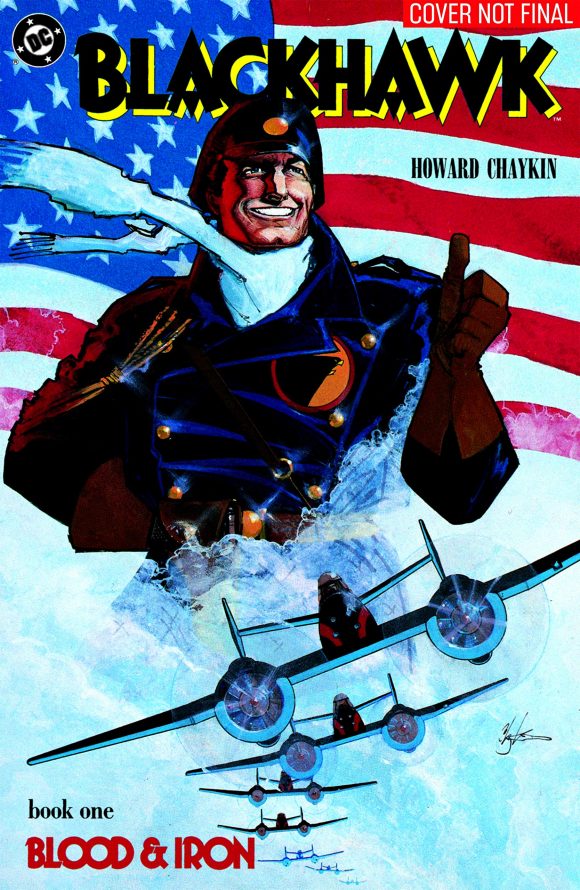 BLACKHAWK is currently in development as a movie from director Steven Spielberg! Howard Chaykin’s 1988 miniseries is collected in book format for the first time. Polish pilot Janos Prohaska – better known as Blackhawk – is on American soil and in trouble. Accused of Communist leanings, he stumbles across a plot to overthrow the U.S. government and bomb New York City concocted by former Nazis out for revenge. DC collects this sensational 1988 miniseries in book format for the first time.

The hardcover, which lists for $49.99, hasn’t been formally solicited by DC yet. What does that mean? It means plans can change on a dime. But keep your eyes peeled…