You may have your own choice, but the way I see it, comics’ true star-crossed lovers are Batgirl and Robin, as in Barbara Gordon and Dick Grayson, natch.

Their on-and-off relationship over the last few decades has been portrayed as two young people thrown together in really bizarre circumstances, under the shadow of the stony Dark Knight himself. 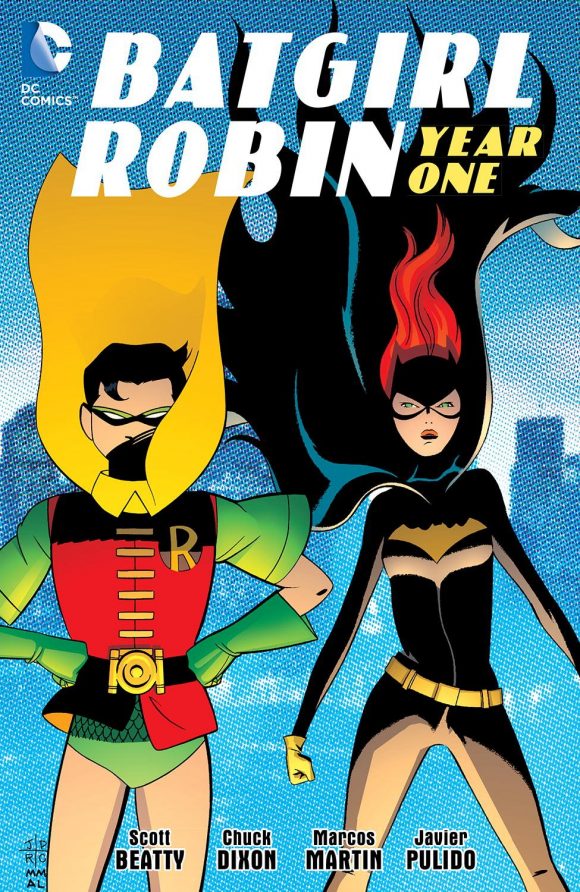 Of course, it wasn’t always that way. In the original 1960s context, Robin first met Batgirl when he was in high school and she was already out of college and working at the Gotham City Library.

Then, in the ’70s, he moved on the Hudson University and she was elected to Congress. Finally, DC teamed them up in the spectacularly entertaining Batman Family and before their first story was over, there were already hints of romance with a powerhouse kiss that was actually meant to shut down Robin’s immature behavior. 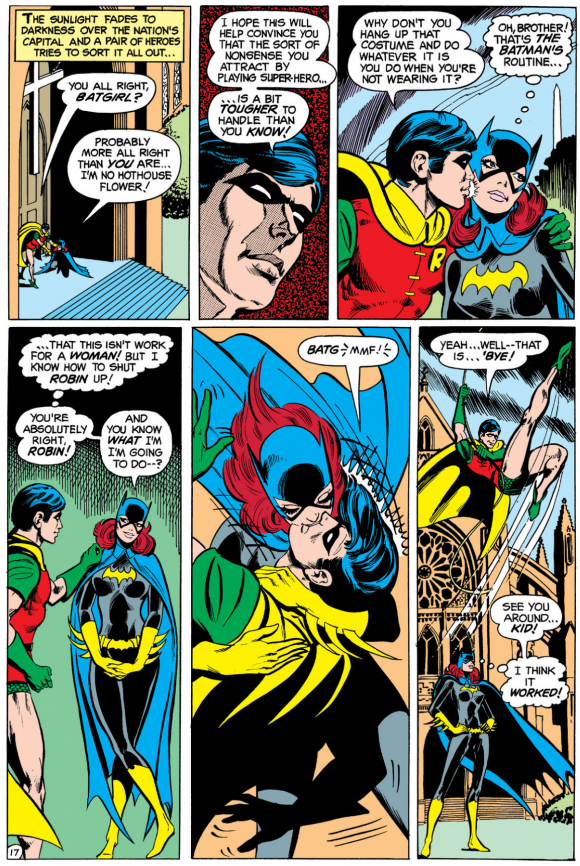 Nevertheless, Babs and Dick’s easy, often flirty, rapport was a hallmark of their team-ups and so the nature of their connection became the topic of much letter-column speculation and controversy — since she was a federal lawmaker in her mid-to-late 20s and he was at most 19.

Eventually, in 1976’s Batman Family #9, DC devoted a two-page letters column to whether the Dynamite Duo should produce actual fireworks.

Check this out on this fine Valentine’s Day: 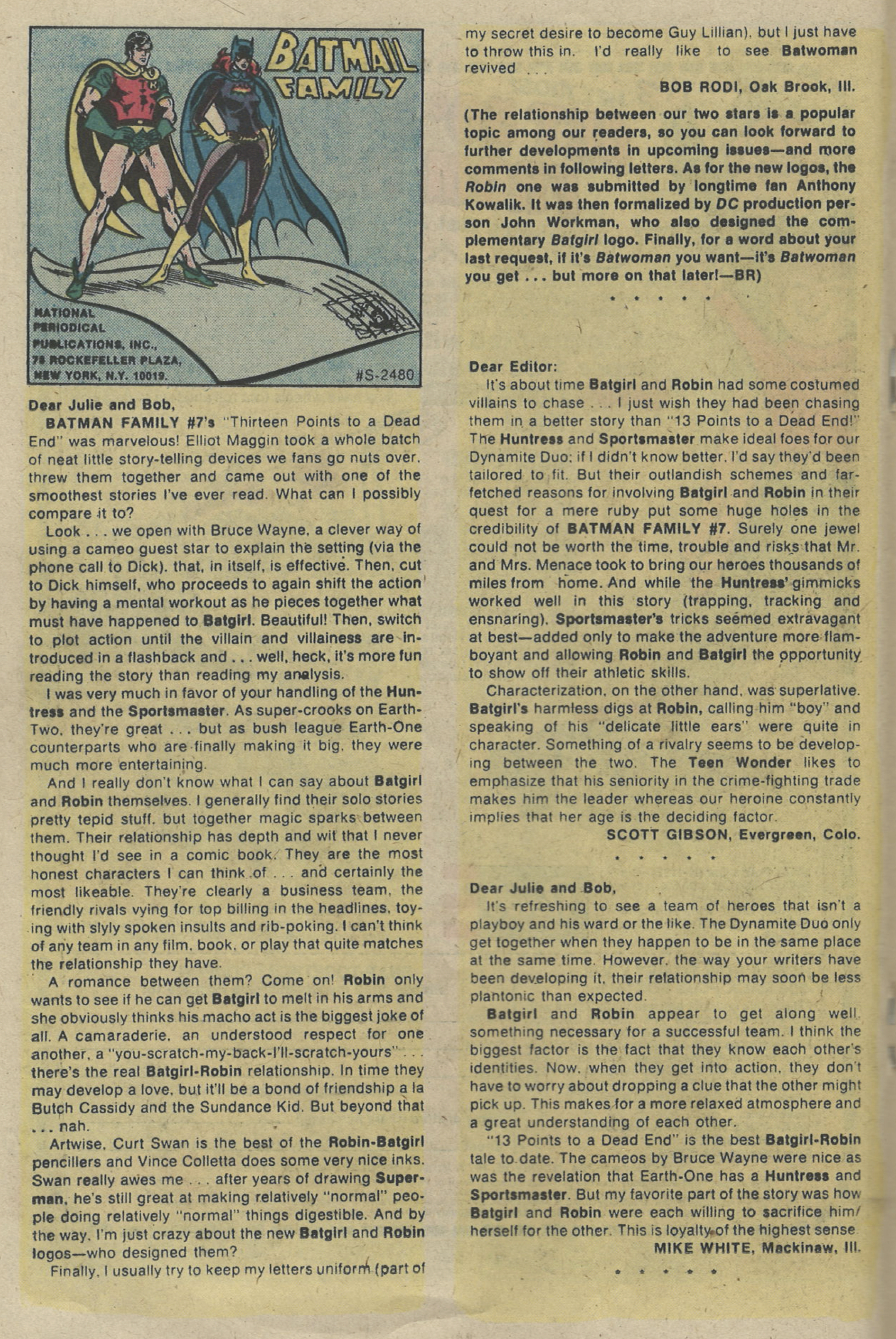 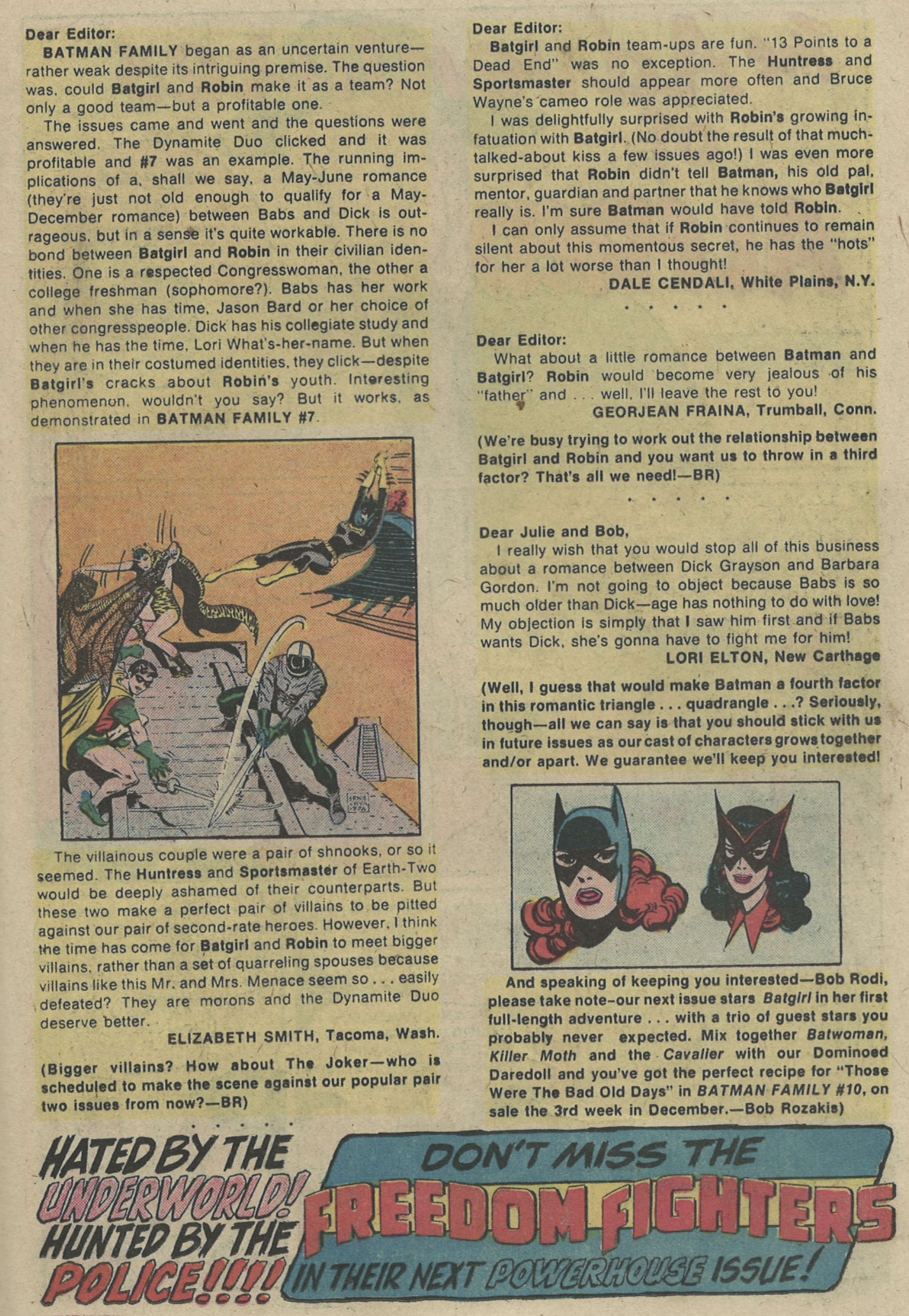 The back-and-forth didn’t settle the question, of course, and the will-they-or-won’t they only intensified with issues like #11, which gave us this classic Jim Aparo cover (and a similar Curt Swan/Vince Colletta splash page): 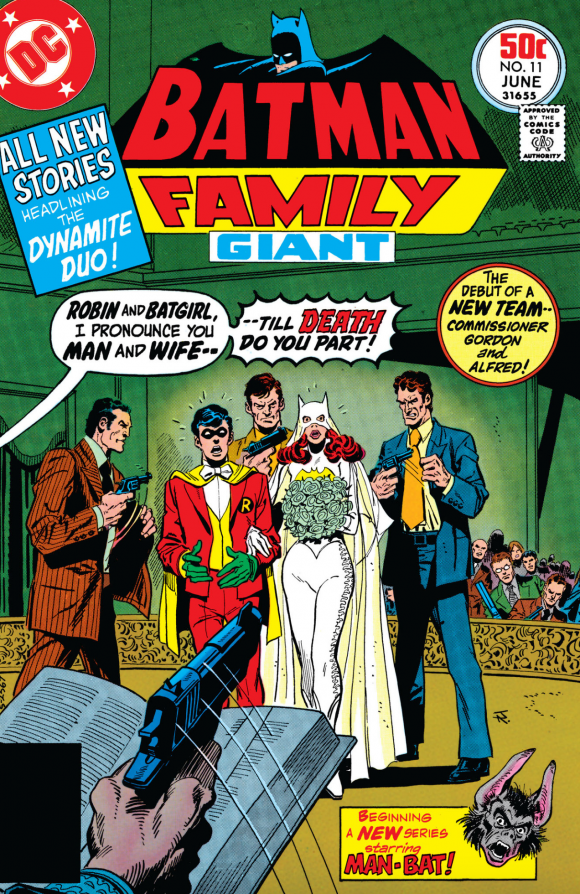 E. Nelson Bridwell designed the wedding outfits. Please, Figures Toy Company or Mego — give us action figures of these! 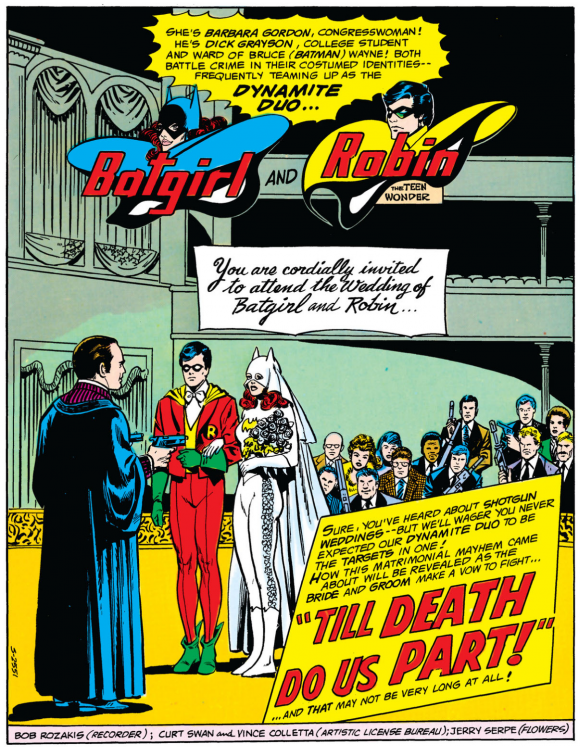 Anyway, Bob Rozakis, who wrote most of the series, has his own opinion on Batgirl and Robin’s would-be love affair.

“I always looked at it more as almost a schoolboy crush, you know?” Rozakis told me a while back. “I mean, Barbara was a hot, sexy woman and at the time had to be at least 5-7 years older than Dick. Here they were palling around as two superheroes. They were contemporaries in that respect. But I think he had a crush on her and it was, like, you know, a fantasy: Maybe I could have her as a girlfriend — but in reality, I think he recognized that this is not gonna happen.

“It heated up,” he added. “He heated up! He cooled down. I don’t think there was ever anything that I did that ever had it coming from the other direction. That Babs never had anything more than a big, sisterly feeling towards him.” 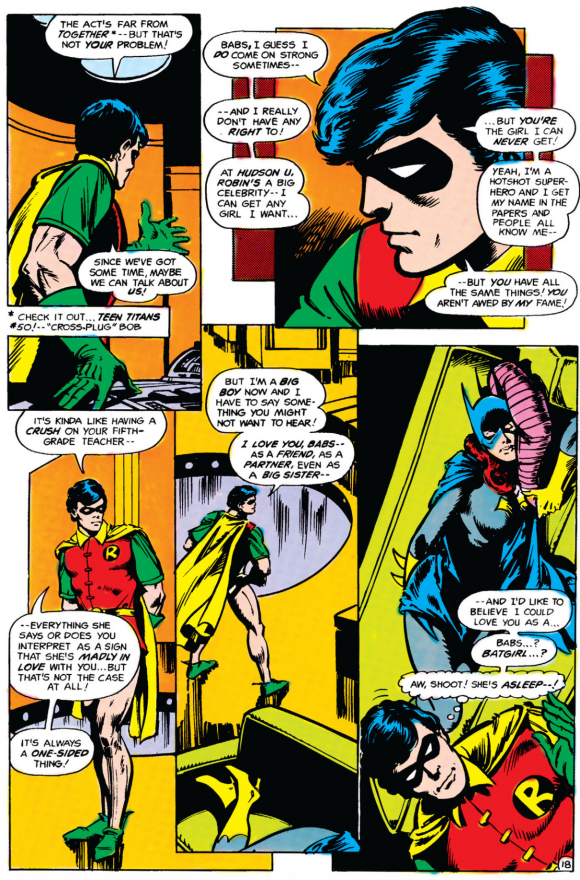 From Batman Family #13, by Rozakis and artist Don Newton

But the fire was lit and subsequent writers and editors retconned the two so that they’re now pretty much the same age — though they still haven’t managed to make it work over the long term.

It does feel, however, like someday, someway, Batman’s two greatest allies will find their way together.

They’ve only been doing the dance for more than 45 years.

— Why BATMAN FAMILY #1 is a Surprising Landmark in Comics History. Click here.