I knew Multiversity: Thunderworld was gonna get picked but a special shout-out from me, as well. I can’t WAIT for that one! Oh, plus the guys also pick Saga, Basil Wolverton, COPRA and MORE! — Dan

Multiversity: Thunderworld #1, DC. While it always takes me a bit to get Grant Morrison some of the time, it’s always worth it in the end. This series has been challenging for me but when I get it, it’s brilliant. (What she said. — Dan) 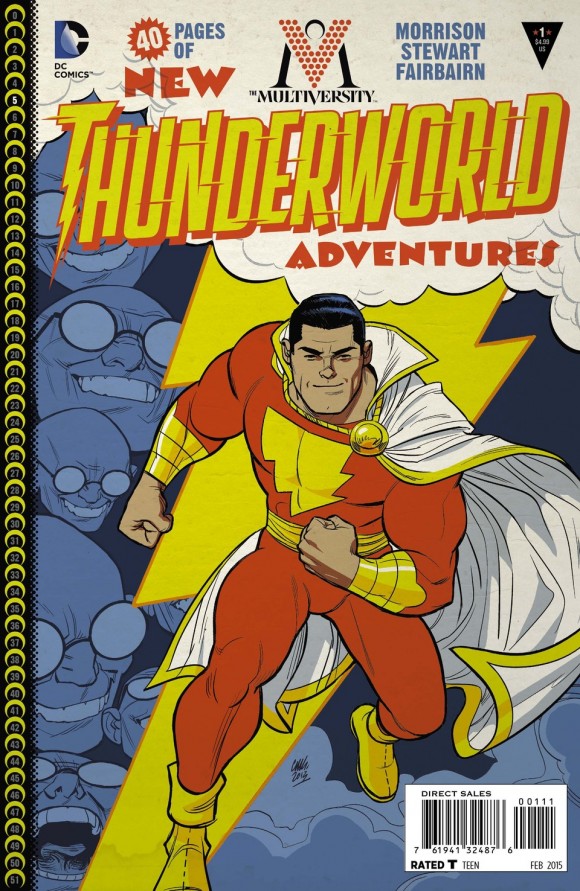 Alex + Ada #11, Image. Not only is this book beautiful, it’s so good! I get giddy every time a new issue comes out. It’s that enjoyable. If you haven’t read it, pick it up in trade and get on the wagon. It’s well worth your time and money!!

Django/Zorro #2, Vertigo/Dynamite. I thoroughly enjoyed the first issue of this series and have been anxiously awaiting the second. I love Django in his movie and I’m a big Zorro fan (not to mention I love Wagner’s writing and Tarantino’s stories), so this book is a no-brainer for me. Also, check out some of the other Dynamite titles. I think you will color yourself impressed!

Saga TPB Vol. 4, Image. Collecting issues 19-24, this arc brings us forward a few years with Hazel as a toddler and her parents trying to keep it all together. For everyone who missed issues 20 and 21 (you know who you are) just get this volume and catch up!

Sandman #4, Vertigo. It’s been what, two years since this series started? OK, maybe only 18 months but still, it’s Neil Gaiman, so we forgive him. What happens this issue? Nunya bidness, just pick it up!  Some nerve you got, asking me for spoilers…

Walking Dead TV Rick Grimes, 10-inch action figure, McFarlane Toys. Missed out on Daryl on his chopper? Well this is your chance to own 10 inches of Rick, ladies. I know what I said. Did you make it to Walker Stalker in New Jersey last weekend? Neither did Andrew Lincoln, so get your hands on him while you can! 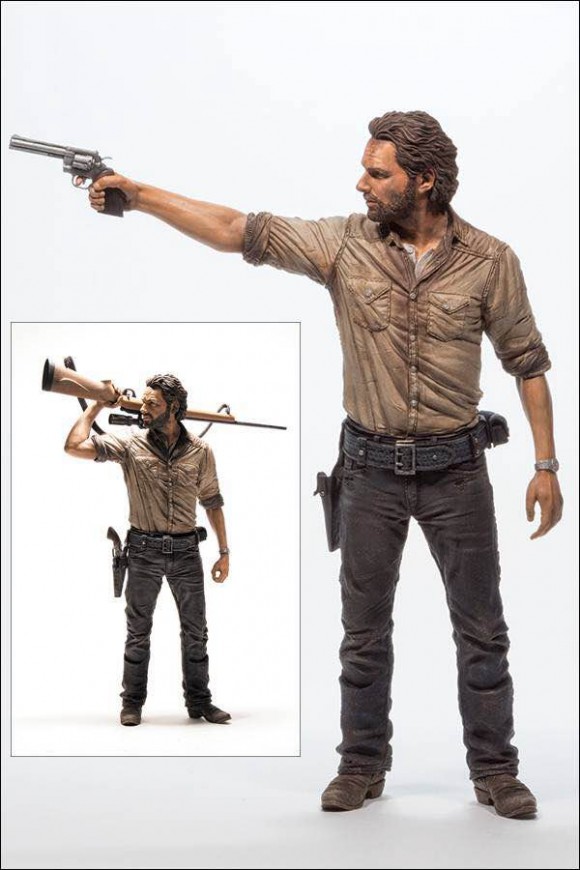 Forget Saga 4 and Sandman 4 this week, there’s only one book for you:

Copra Round One TP, Bergen Street Comics. Michel Fiffe‘s masterpiece of self-publishing (he wrote, drew, lettered, colored, and self-published 12 issues in 12 months) is available in paperback. The first half, anyway. It’s like DC’s 1980s Suicide Squad, except more awesome, and with more copyright infringement. Hat tip to Brooklyn’s Bergen Street Comics (that’s a store) for co-publishing this collection and getting it further and wider. 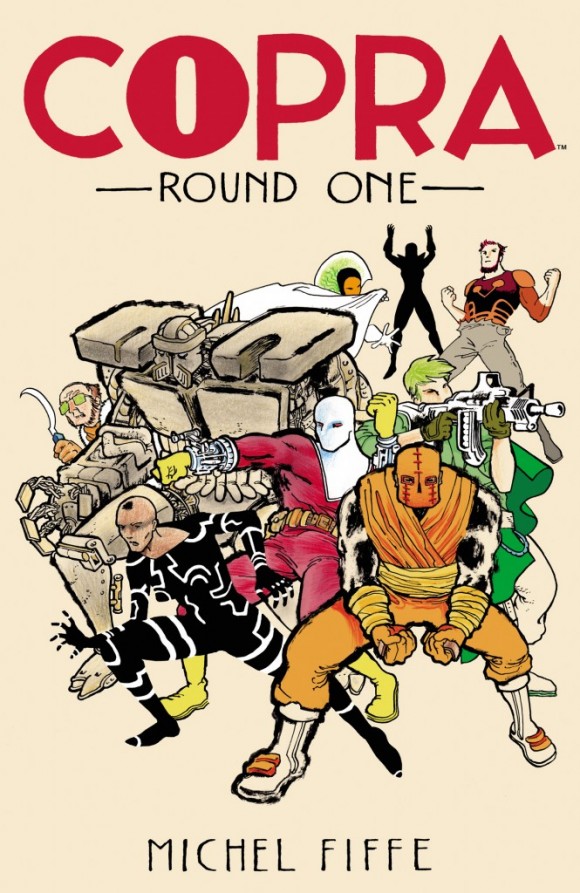 So, yeah… Saga Vol. 4, obvi. I’m sure someone else has mentioned the John Buscema Silver Surfer Artist Edition, the start of the second Wicked + Divine storyline, and the next Multiversity book (cuz it’s CAMERON STEWART drawing Captain Marvel!). So that leaves me with … four picks. Dammit. You know what? ’Tis better to give than to receive and all that junk, so…

Criminal Macabre: The Third Child #4, Dark Horse. Steve Niles and Christopher Mitten dropped a huge bombshell in the last issue of the Cal MacDonald epic and this one is for all the marbles! I’ve been remiss in not mentioning this miniseries before, but you would be doing yourself a real favor to pick up all four of these this week. Anyway, the skip week is coming and you probably need to stock up anyway, right?

Dream Logic HC, Dark Horse. David Mack. Boom. Fiiiine, just in case you don’t know the genius of the multimedia painter/artist/writer/virtuoso that is Mack, this book is the perfect introduction, featuring all the work in his five-issue Dream Logic series from a few years ago as well as loads and loads of extras. If you love his work, you need this book. As I said before, if you don’t know his work you NEED this book. So, yeah… Get it.

Rumble #1, Image. John Arcudi is one of those writers whose work-for-hire projects often overshadow his personal creations. Even the amazing work he’s done in the Hellboy universe doesn’t come close the few truly original pieces that he’s made. Always insanely inventive and tightly written, without being overdone. And Rumble looks the same. Featuring a dark Scarecrow Warrior who won’t stop killing, it’s a book I’m REALLY looking forward to.

Creeping Death From Neptune: The Life and Comics of Basil Wolverton, Fantagraphics Books. I have called many people here geniuses or immense talents (today alone!). ALL of them would agree that Wolverton has them beat, hands down. A revolutionary and a genius with a troubled life and a horrific career path, this volume is the first of two that print his “serious” works as well as detailing his life during the making of them. Looking for a gift for someone who loves the darker side of the history of comics? Look no further. 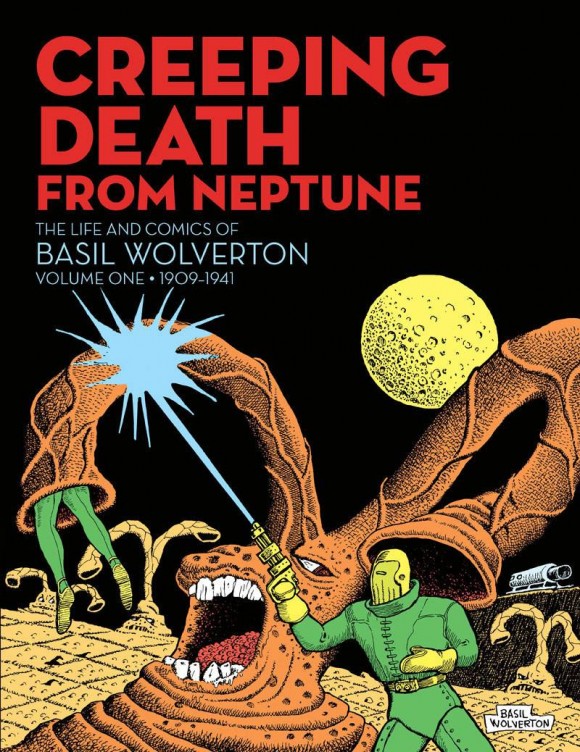 Multiversity: Thunderworld #1, DC Comics. Grant Morrison continues his love letter to the DC Universe. In this issue we visit Earth-5. The world in which the young Billy Batson transforms into Captain Marvel. Someone attacks the Rock of Eternity, which threatens the whole reality that they know.

Saga Vol. 4, Image. If you have been waiting for the collections to come out and not reading the issues then a) why? and b) It’s finally out! Pick up the book that wins alls the awards and rightfully so. If you’re in the area, we will have Brian K. Vaughan signing that book on Thursday as well as the hardcover that came out a few weeks ago. 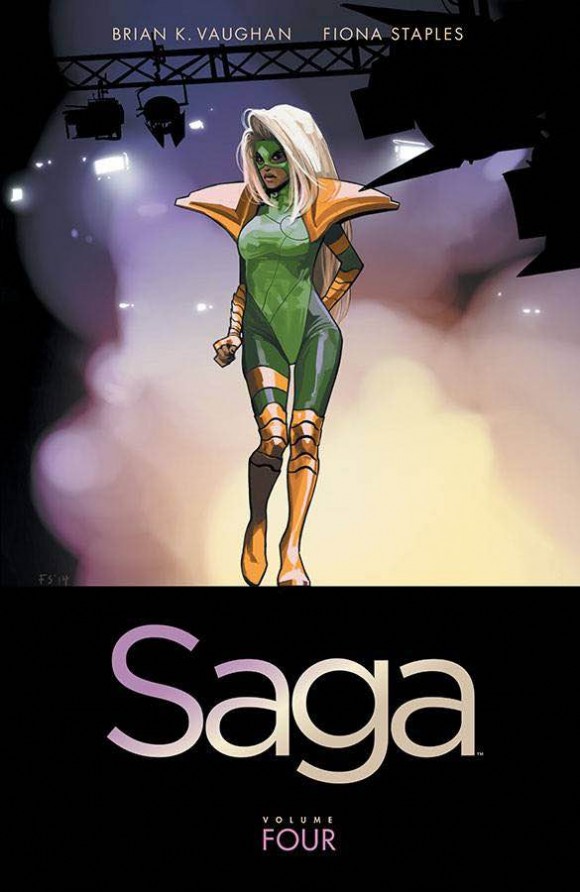