Eyeballs! RED ones!!! If you remember the way customers and collectors were stampeding into stores to get their hands on them BLUE eyeballs then you don’t need this warning — but for those who don’t remember… be warned.

I mean, blue is cool and all but these bad boys are RED! CAN YOU BELIEVE IT?!

I, for one, will be hiring bouncers and making customers not only make a $50 minimum purchase but also a STEEL CAGE DEATH-MATCH. The 50 who survive the ordeal will be blessed with the sweet, sweet collector’s item that is a RED EYEBALL. 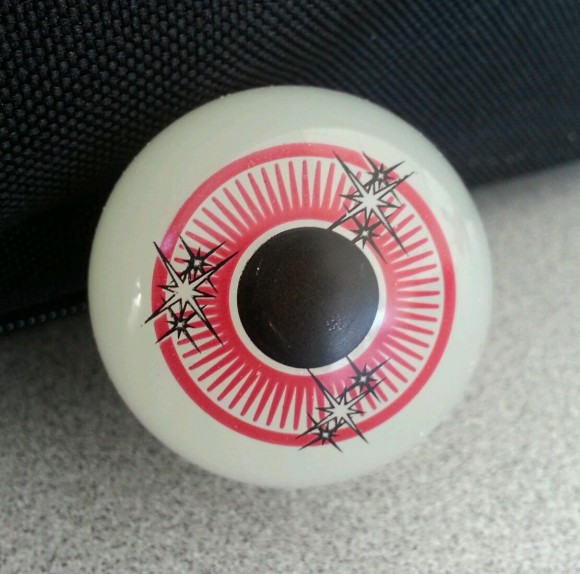 Deadpool #33, Marvel. This is an Original Sin crossover. Mark has inside information into what Deadpool’s original sin is and he says it’s awesome. So, the rest of us are left anticipating and can’t wait to read it.

Death Vigil #2, Image. The first issue was excellent — great art paired with an intriguing story. I wasn’t sure if I would like another ‘death’ story but guess what? I did. If you didn’t check out the first one, make sure to — you don’t want to miss it.

Original Sin #7, Marvel. I can’t help it. I love this Original Sin series. It’s not gimmicky and doesn’t feel like an event. It’s simply a great story that leaves me hanging every month! Get on the Sin train and read this!!!

Snakepit 10th Anniversary Edition, Microcosm Publishing. It’s a collection of good ol’ Ben Snakepit’s daily 2001-2003 diary. If you’re not familiar with this punk comic staple, Ben Snakepit chronicled his life in three panels every day. All the detritus and minutiae, the epic highs and lows, Ben puts it all in there, in three wee panels, and does it so well. Work, love, drinking, music … everything you need in life is there.

Smurfs Anthology, Papercutz. So, the Smurfs are 50 years old. Think about that for a second. The Smurfs. Are 50. Years old. Now that we’re all over feeling way older and slightly shocked at their longevity, this book reprints Peyo’s original comics, including material never seen in the US before. So forget about that ’80s cartoon and those creepy CGI movies. If you’re a fan of good old-school, all-ages silliness, fun, adventure and great storytelling, pick this up. Fans of Uncle Scrooge, Asterix, and Bone will enjoy this.

Watchmen Artifact Edition, IDW. This. This is the bad boy you’ve been waiting for. With Dave Gibbons’ blessing, IDW gives us an artist’s edition above and beyond an artist’s edition. Covers, interiors, sketches, ad artwork, color guides … you name it, it’s in here. This edition has urrrverything! 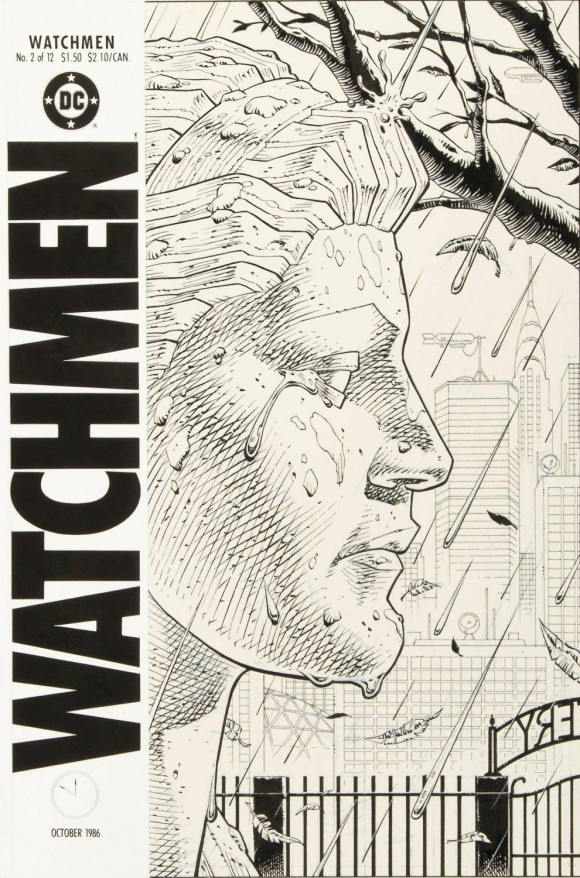 (Note from Dan: Clarifying Aimee’s well-placed enthusiasm, the edition doesn’t include all the story pages because some couldn’t be found. But this is an AWESOME project. Want a glimpse? Check out our stories HERE and HERE, including some of the spectacular rare art you’ll find in the book.)

God Is Dead: Book Of Acts Omega, Avatar Press. Jonathan Hickman envisioned a world that spits in the face of religion AND science with God Is Dead. In it, the original ancient pantheons of various cultures have come back to earth expecting to continue where they left off. This includes the ancient Greek ones like Zeus and Ares, the Norse like Odin and Thor, the Aztec, Hindu etc. Society collapses into chaos as people change everything they believe in and fall into the zealotry of worshipping these incomprehensible nigh-omnipotent beings. In Book of Acts, we get short stories from many popular writers, including Alan Moore who brings his own god Glycon to Earth. Omega features short stories by Kieron Gillen, Justin Jordan and others. 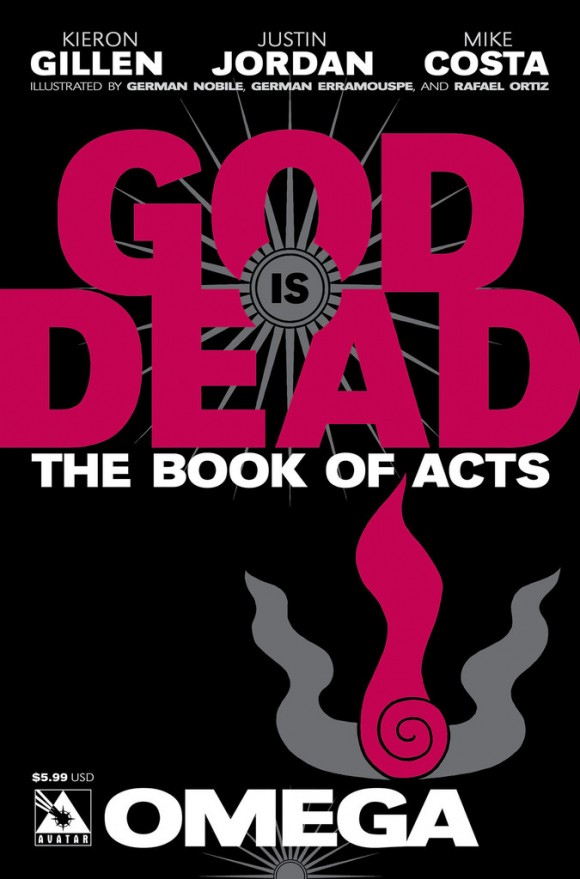 G.I. Joe Silent Interlude 30th Anniversary HC, IDW.  Larry Hama and Steve Leialoha’s famous, wordless Joe comic, probably rescanned from the original art and certainly recolored like a modern comic. IDW hasn’t announced who’s on hues, so this could look amazing or terrible, as IDW hires both kinds of colorists. But let’s assume the colors are great. Also, the second half of the book reproduces photocopies of Hama’s loose breakdown art before Leialoha finished/inked it.  If you’ve never read this comic, and you want to spend 20 bucks on an oversized edition to do so, now’s your chance! 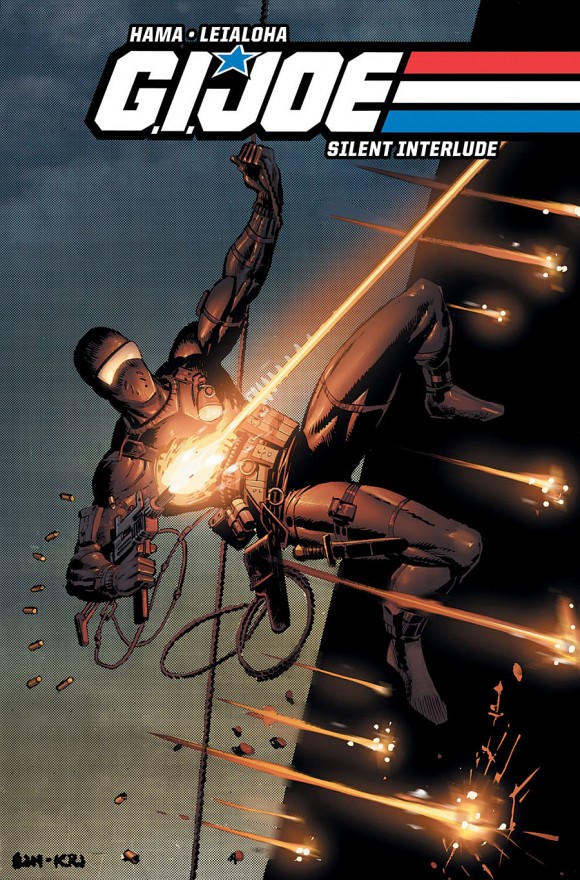 Sex Criminals #7, Image Comics. Nothing new to say here, this is really good, we’re really sad about Hawkeye. Should we blame Sex Criminals? That’s probably not fair, the lure of creator-owned, but darn it anyway!

Star Trek #36, IDW. A Star Trek comic for any fan of any of the different Star Trek incarnations. The Q Gambit storyline brings three different points in Star Trek continuity together: Next Generation, Deep Space 9 and the movie version. I’m a huge fan of John de Lancie’s Q and you can you hear his voice in the pages. 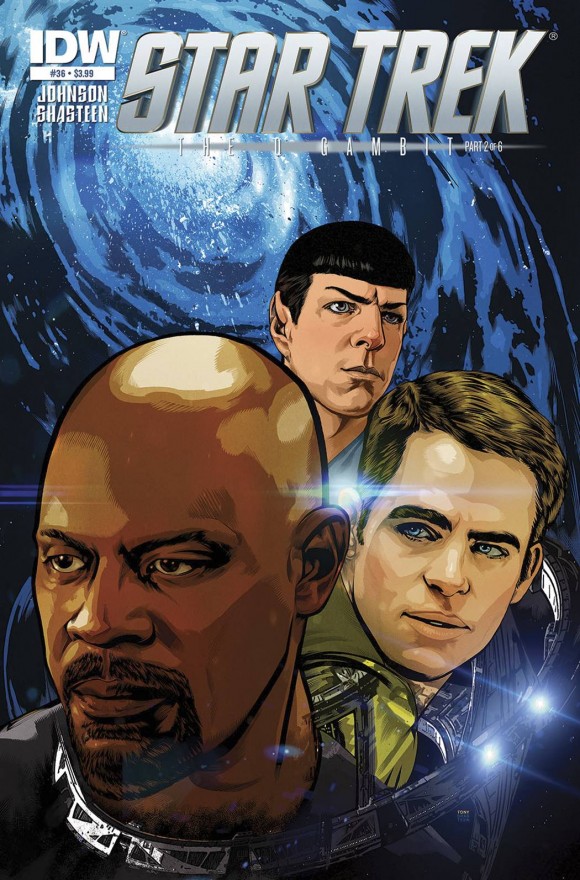 G.I. Joe Silent Interlude 30th Anniversary Edition HC, IDW. This is a personal pick and I know it isn’t for everyone. When I first read this comic long ago, a simple story of Snake-Eyes rescuing Scarlett from the clutches of Cobra and the appearance of an all-white ninja, I didn’t think much of it. Until I read it again and realized that no one said anything. There were not even any sound effects. It was the first time I looked at a comic as an art piece rather than just “funny pages.” Later I would learn it was called The Silent Issue and have seen it tried to be duplicated many times. Marvel even did a whole “Nuff Said” run on their line where no one spoke. This hardcover will reprint the story and show storyboards and tell the tale of the birth of this classic.