Dave Gibbons’ artistic tour de force gets the epic treatment with the San Diego Comic-Con Debut of IDW’s salute to the comics masterpiece.

Earlier this year, in what I like to refer to as a career highlight, I conducted a four-part interview with comics legend Dave Gibbons. He lifted the veil somewhat on the Watchmen Artifact Edition that IDW was putting together, including the revelation that one of the original-art pages included in the book was one that he and Alan Moore gave to Neil Gaiman.

Just let that one sink in for a second.

Anyway, I was eager to follow-up when the book’s publication approached and now here we are, a week before the Artifact Edition (print run: 150) makes its debut at SDCC (more on that below). The fine folks at IDW came through with five pages of incredible, original art to show you here, especially Gibbons’ Page Zero — which project mastermind Scott Dunbier explained “was done for DC as a sample of the style the book would be. Note the page number in the bottom right corner.”

Just feast your eyes on this art and after that, check out how to get it, plus details on what has to be the most exclusive convention exclusive I’ve ever heard of. 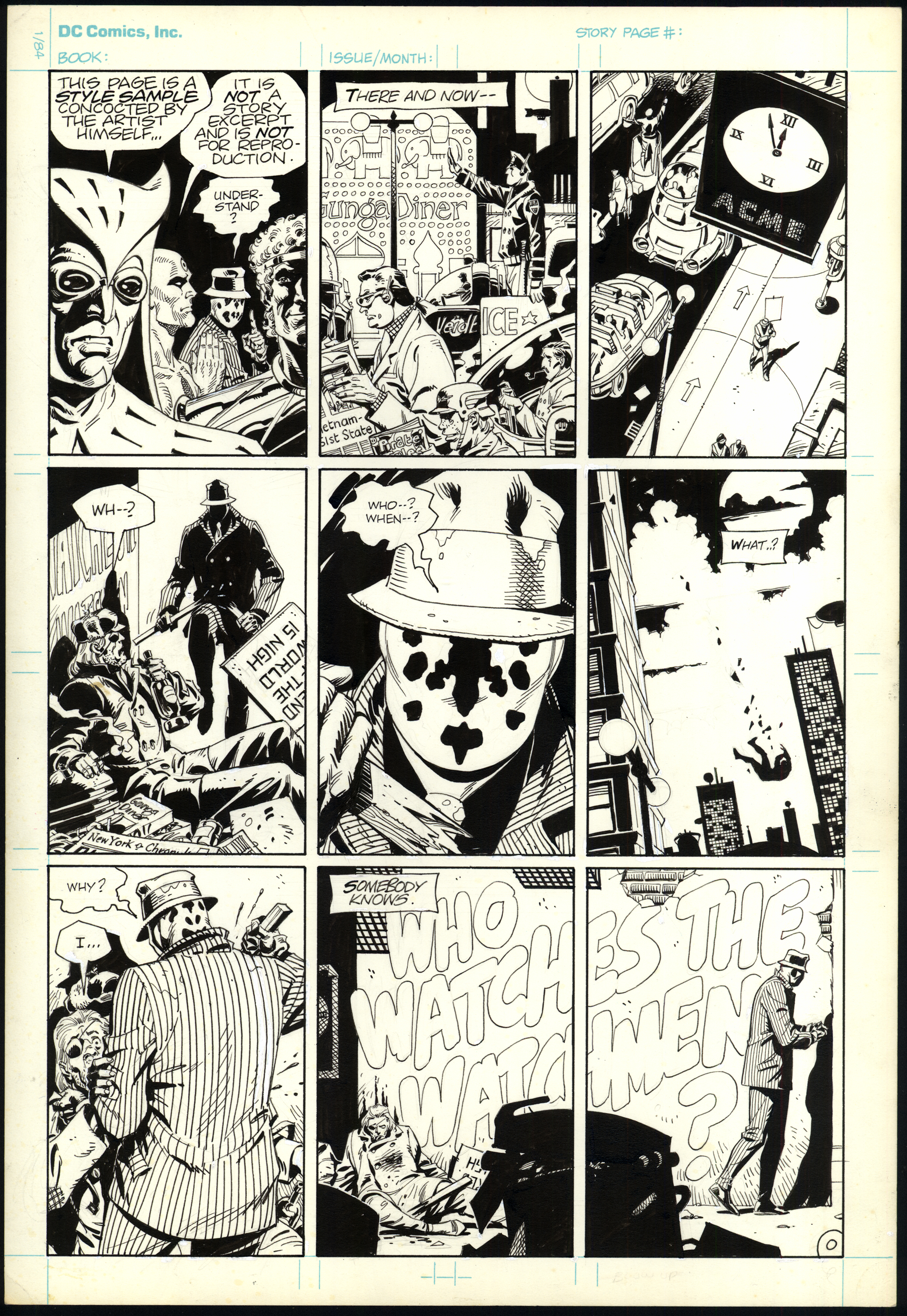 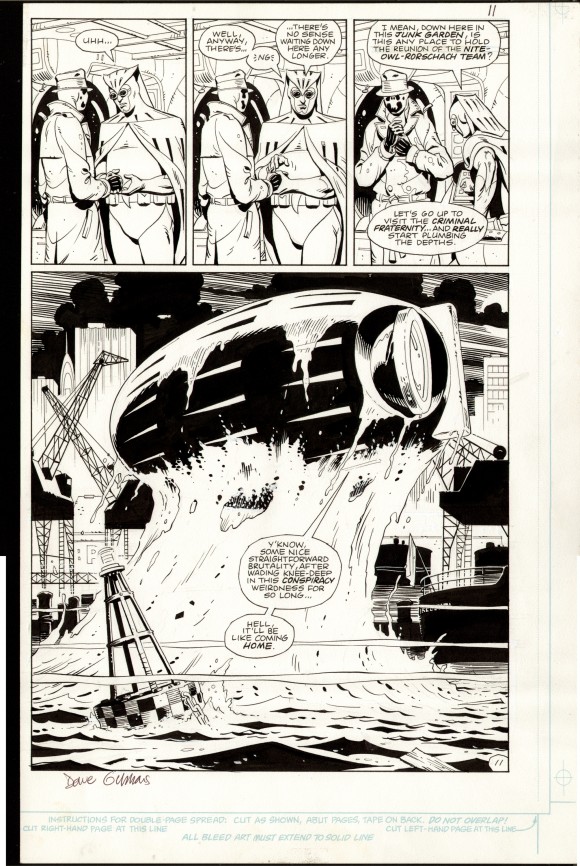 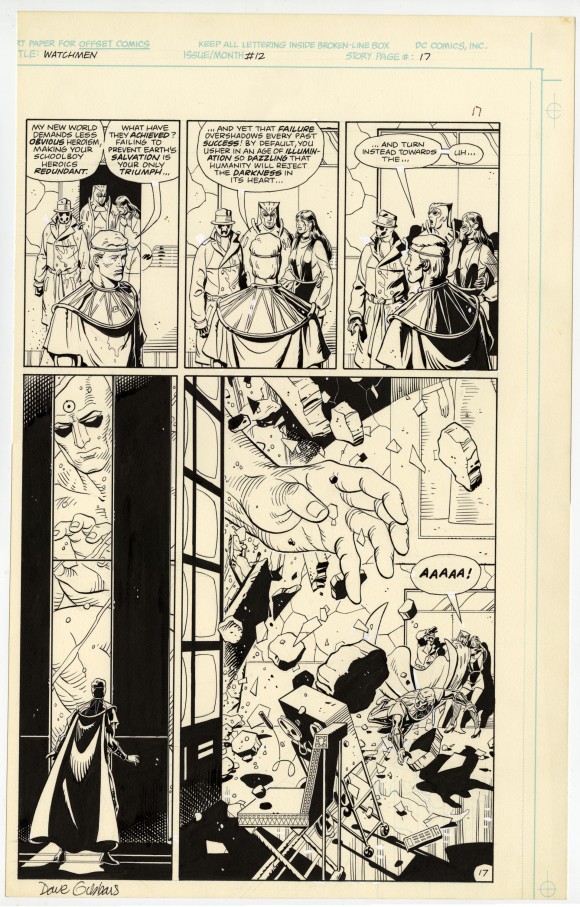 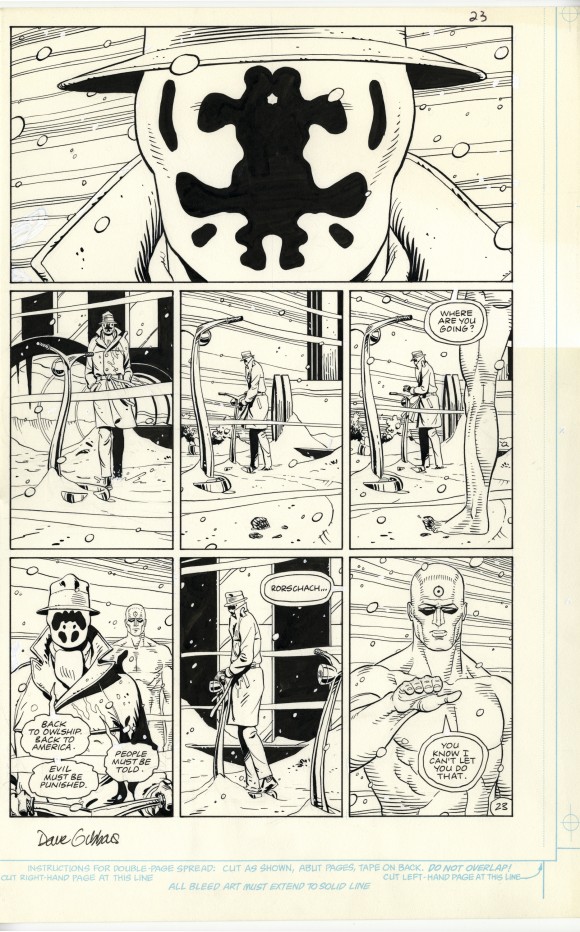 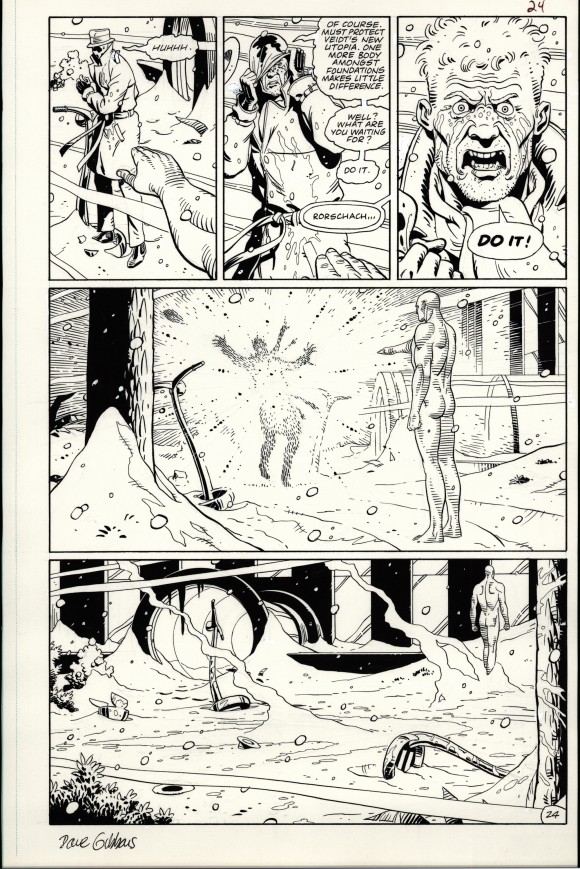 Now, in addition to the $100 limited-edition book making its debut at the IDW booth (you can also pre-order it), the publisher is upping the ante with a special $500 edition that is exceptionally limited — but includes dinner with Gibbons himself.

It’s a three-hour affair in a secret location — think of it as the Minutemen’s HQ for the night — at a fancy restaurant in the Gaslamp District. If you’ve got the means, opportunity and desire, you get a special variant of the edition, of which there are only 25. As in 25, ever. It includes this special cover and bound-in plate for Gibbons to sign and do a sketch of your choice. “We wanted to do something really kind of unique, really that hasn’t been done before, to celebrate the launch of the Watchmen Artifact Edition since Watchmen is regarded as such an importamt book to comics and comics history,” Dunbier said. 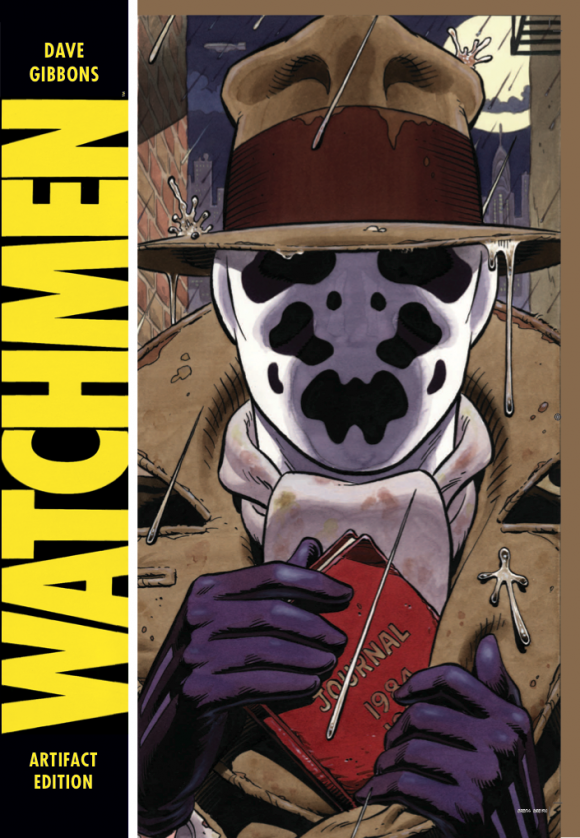