Hey, it’s almost summertime and I don’t care what anyone says: Surf’s Up! Joker’s Under! is one of the greatest episodes of Batman ’66 — a masterpiece of broad camp and outlandish comedy.

As much as it may pain the more serious-minded among us, Batman was never meant to be a straight-up adventure show. Satire is entwined in its DNA and over-the-top episodes like this Season 3 classic are emblematic of the show’s very soul. (I can find plenty of dark and gothic elsewhere; one style does not obviate the other.)

So imagine my gleeful reaction when customizer Anthony Durso of The Toyroom told me that his next Mego-style “displayset” would be based on the Hang Five, the snack bar-cum-Joker HQ where the Clown Prince of Crime plots his world takeover via his (stolen) prowess on the waves.

Don’t be a gremmie — feast your eyes on the greatest surf shack in history: 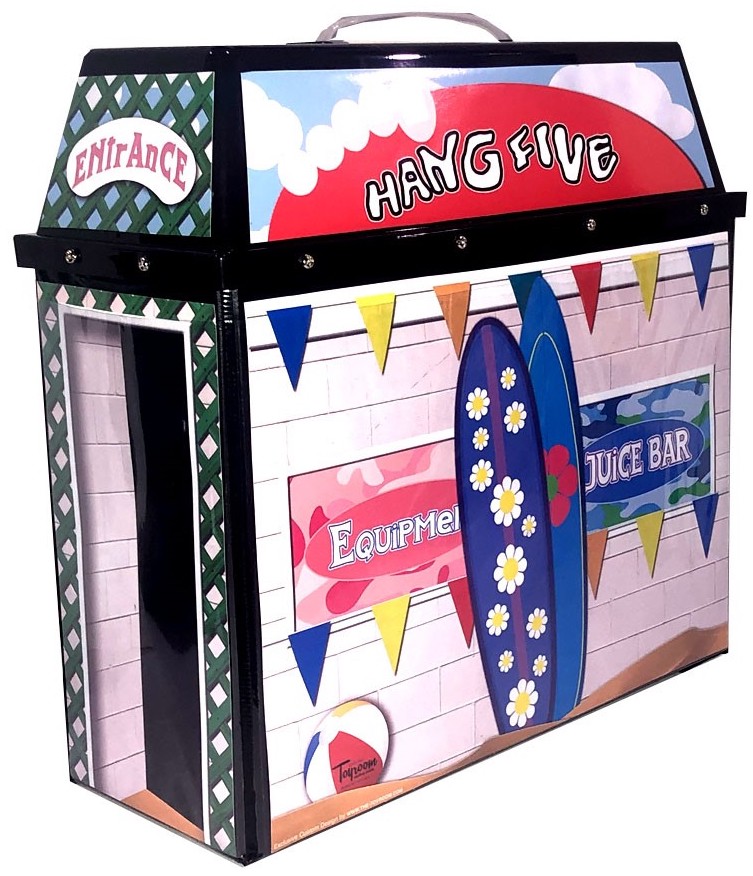 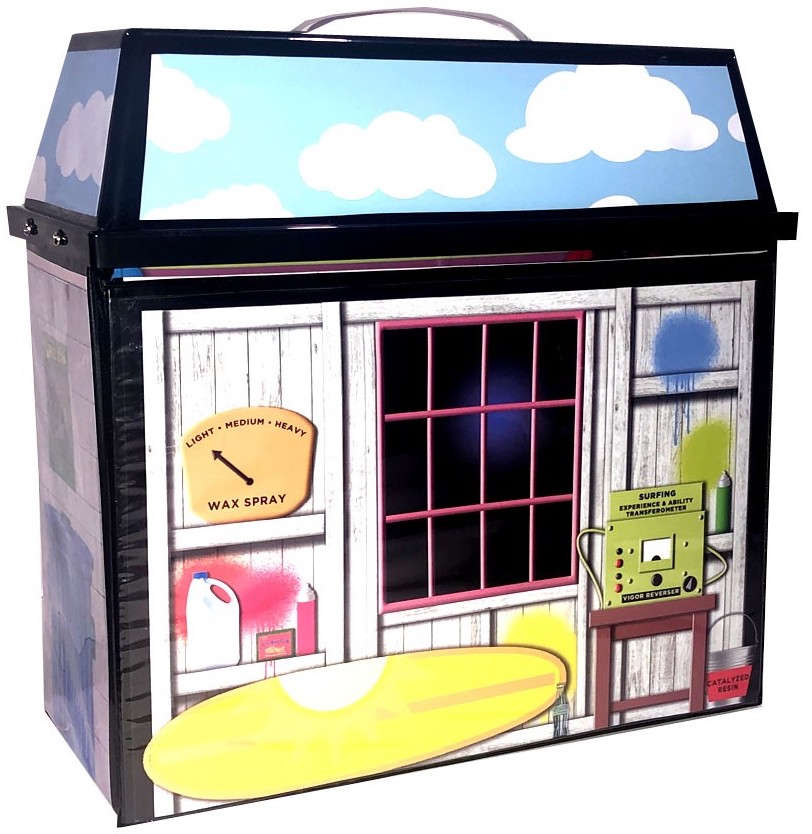 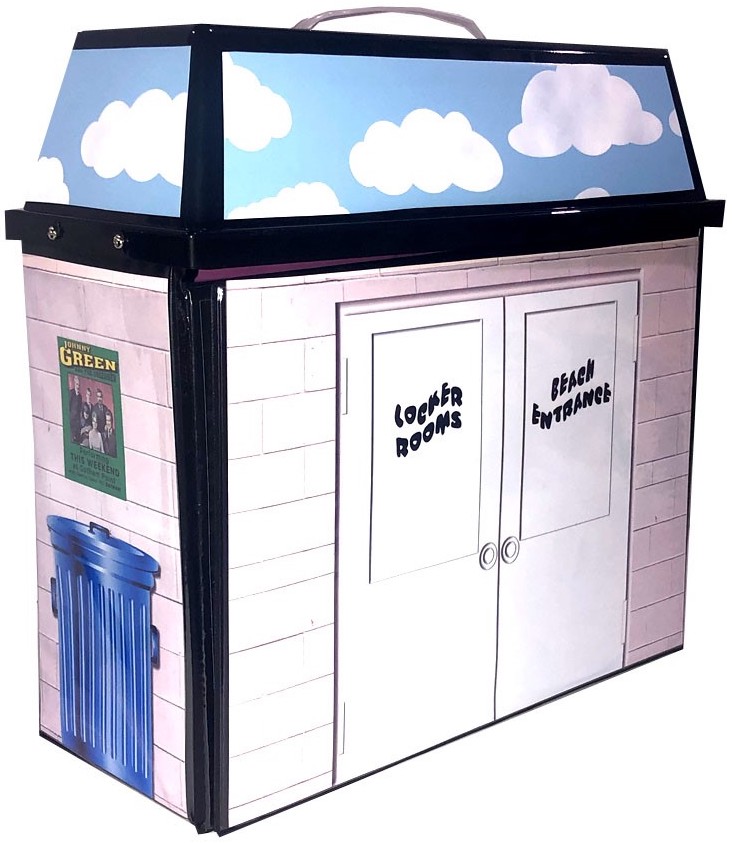 “Although the other Batman ’66 villain displaysets I’ve done have been amalgamations from various episodes, this Hang Five Surf Shack, along with the previous Riddler Secret Hideout, are the only episode specific ones so far,” Anthony, who is also a 13th Dimension contributor, explained. “Based on the infamous Surf’s Up! Joker’s Under! episode, which sees Batman challenge the Joker to a King of the Surf contest at Gotham Point, this playset focuses on the Clown Prince of Crime’s hideout (which he takes over from Hot Dog Harrigan). 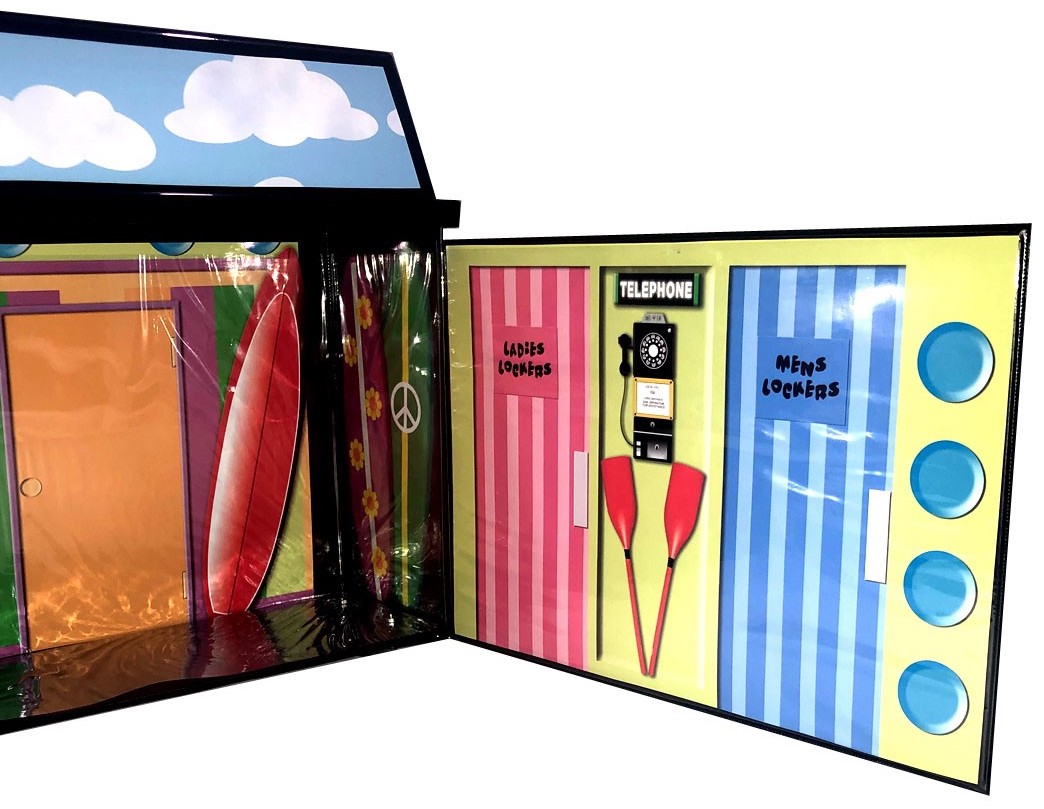 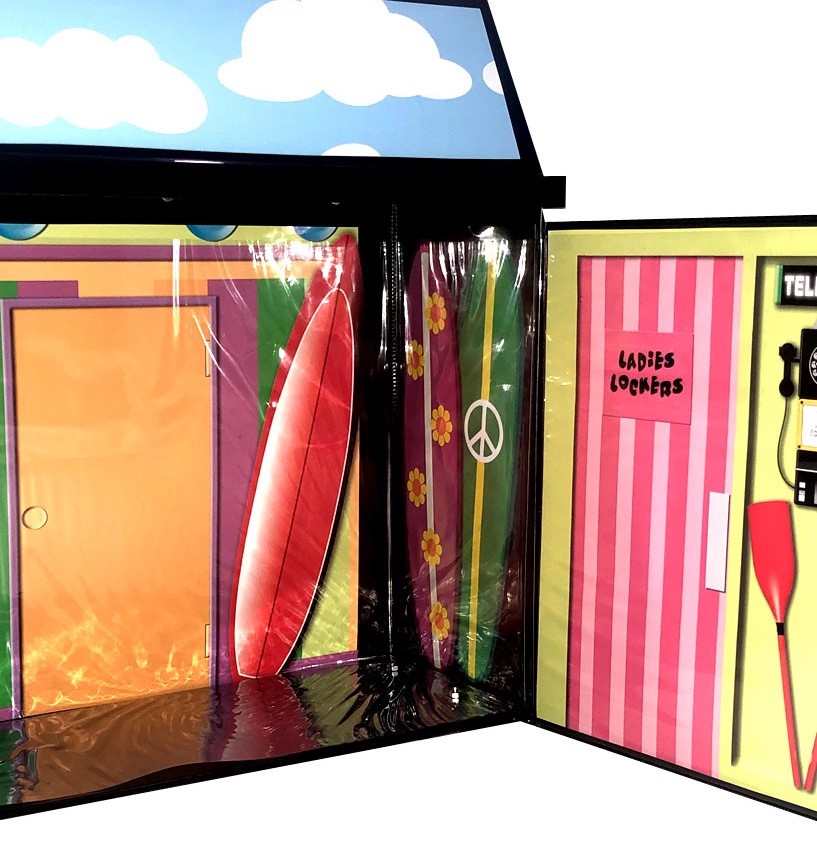 “The layout of the Hang Five Surf Shack had to be reconfigured in order to fit the format of the playset but all of the key elements are still there, including the Juice Bar and the Mens & Ladies Lockers (complete with beach entrance,” he added. “There’s even an extra panel for the Ten Toes Surfboard Shop (and its Surfing Experience & Ability Transferometer & Vigor Reverser). As is standard practice, I probably watched this episode with a fine-tooth comb more than 10 times. The most research was done trying to figure out and duplicate the jukebox, which I strongly believe is a Seeburg 100 Select-o-Matic (W-Series). 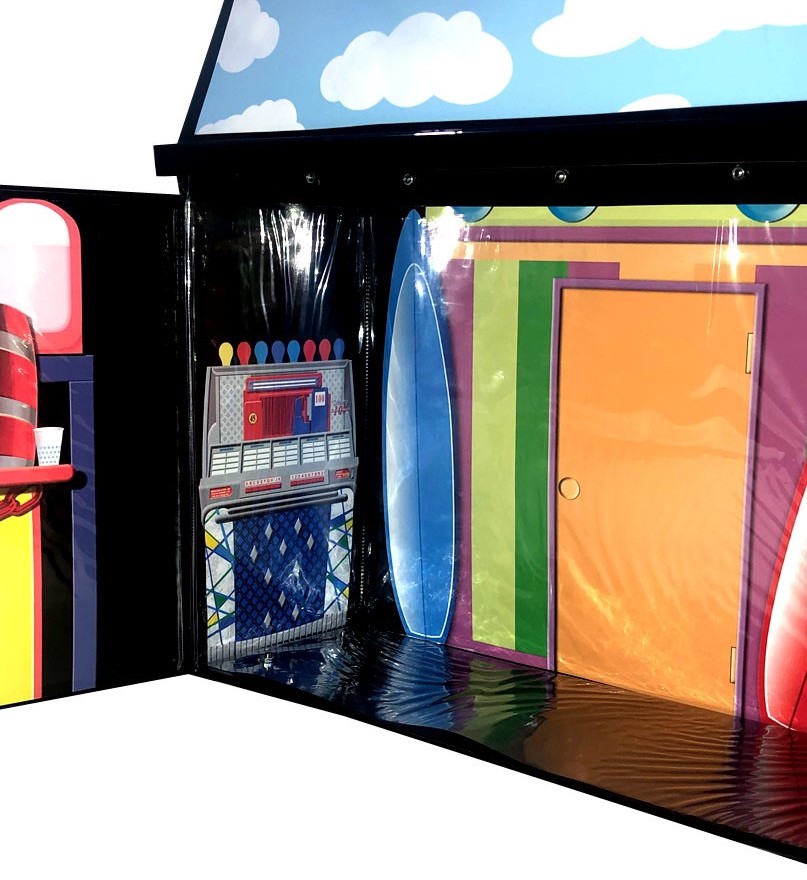 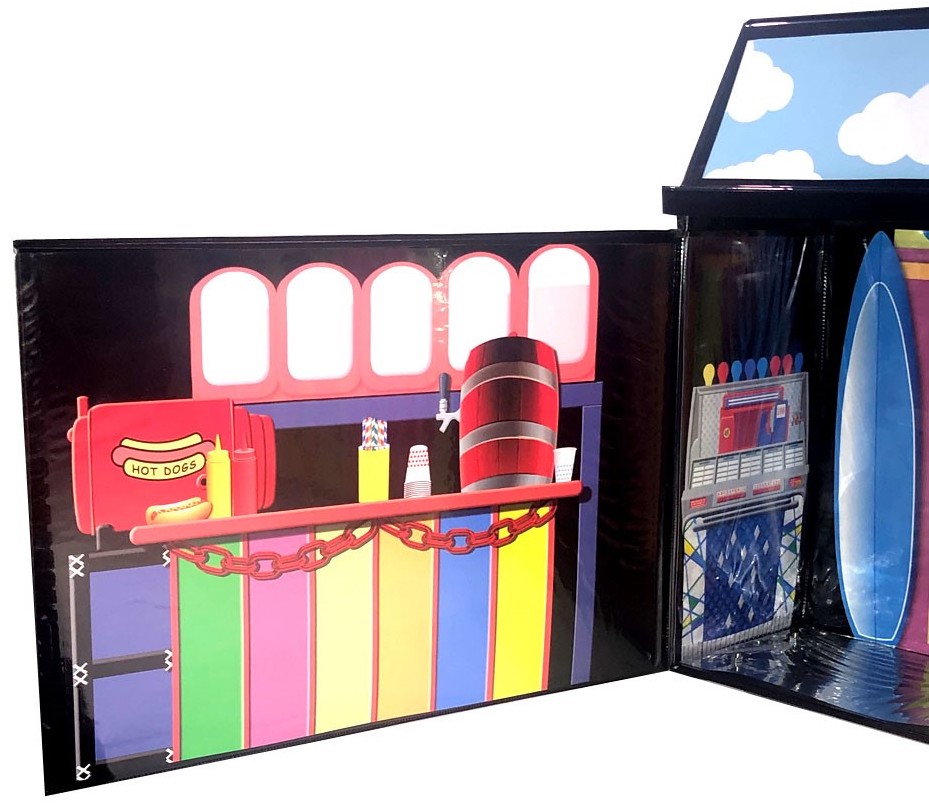 “After three days and three different attempts, I’m finally pleased with how that little panel came out,” he said. “This was a Season 3 episode, with it’s stark black backgrounds, so I tried for that same empty feeling.”

— How many Easter eggs can you find?

— Naturally, this is the perfect playset for your Mego-style surfing Batman and Joker 8-inch figures (not to mention your beach-clad Barbara Gordon and Chief O’Hara). And even though the scale would be a little off, you could also use Mattel’s 6-inch surfing figures. 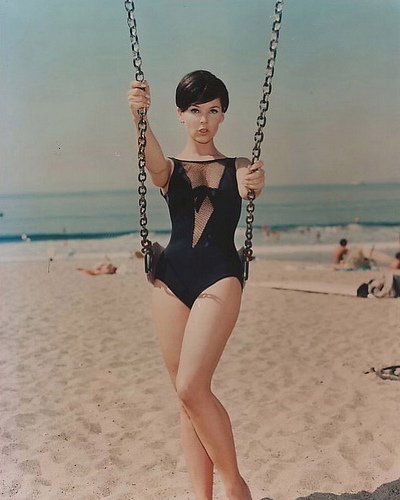