GOTHAM TRIBUNE: The Greatest Ride of My Life

Batteries to power, turbines to speed … Roger, ready to move out. 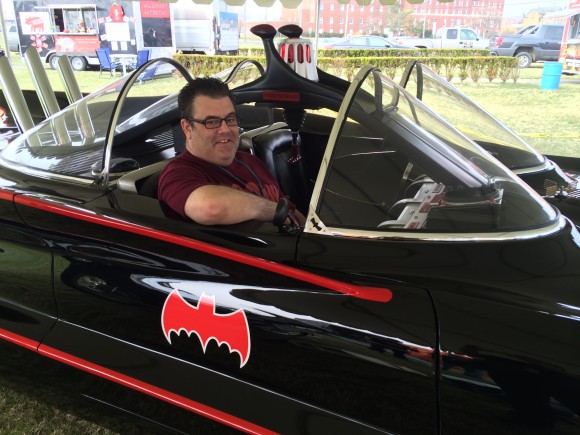 I’m not gonna meander about and talk about how awesome the 1966 Batmobile is and how iconic it is and always wanting one and childhood memories and all that.

Pointless. You know that already.

I’ll get right to it: I got to ride in the 1966 Batmobile at the Asbury Park Comicon earlier this month and yes, it was AWESOME.

The guy who made it all possible is a gent by the name of Jeff Breden of Gotham City Supercars.

Before you ask, no it’s not one of the originals from the show. But it’s way beyond a reasonable facsimile. For all intents and purposes, it’s the real thing, jets of flame and all.

So on a chilly Sunday morning, I climbed in the passenger seat and checked out all the contraptions and devices: 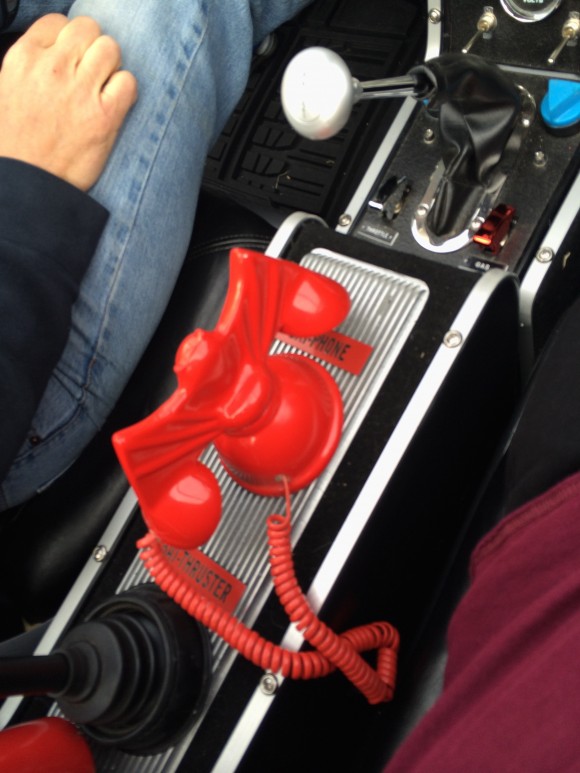 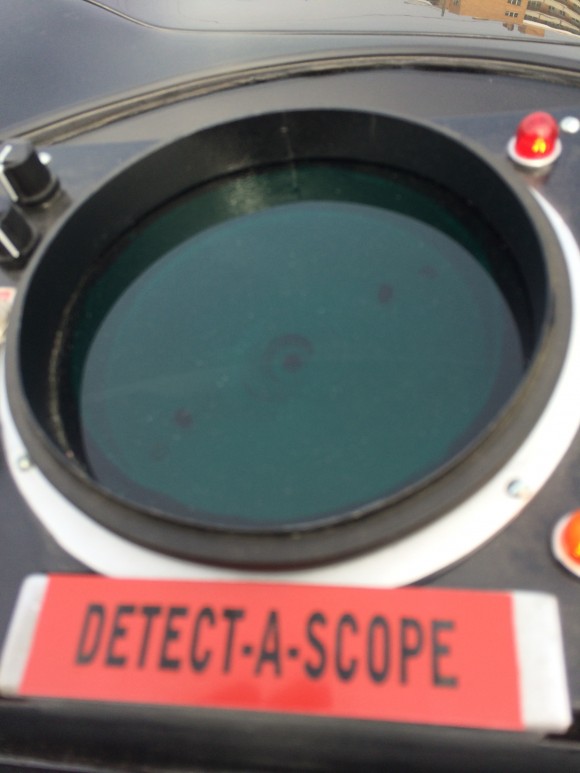 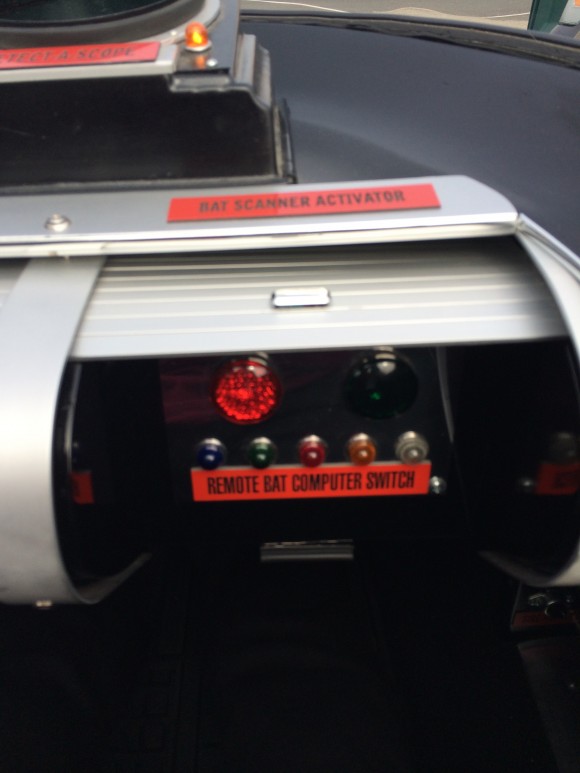 Then we were off! Me the Robin to Jeff’s Batman. He flipped a switch and on came the soundtrack from the 1966 TV show (which by the way, you should track down).

We patrolled the mean streets of Asbury Park, me hands gripping the windshield before me, like Burt Ward taught us, checking out the reactions from joggers, cyclists and other drivers. All of whom were appropriately amused.

Best part was when we were at a red light. Since we had the siren flashing, I said to Jeff:

And he intoned, gently but firmly, “Traffic safety is a responsibility we all share, old chum.”

To which I replied, nodding, “Gosh, Jeff, when you put it like that …”

Actually, none of that happened. But while at the red light, there were was a group of workers on the corner to the right. When it switched green, I turned to them and gave them the two-finger Batsalute and they responded in kind.

“And good day to you, citizens.”

Soon, we were back, me grinning like an idiot. Seven minutes in Bat-heaven.

But I was able to watch something of an instant replay, when Jeff let my son hop in for a spin.

Which, in its own way, was even better.

Batbook of the Week: I’m enjoying Batman Eternal, despite some of its derivative qualities. Best part last week was seeing some of Batman’s E-list villains (lower than D, not quite Z) sitting around a table. Always did like Signalman.

Anyway, Issue #4 is this week, and I do like seeing the promised Batman/Batgirl imbroglio, even if Batgirl’s been mishandled in the New 52 (more on that another time.)

Speaking of Batgirl, it’s the fifth Wednesday of the month and DC has been using these to trot out annuals. Batgirl Annual #2 is out, as is Batwoman Annual #1. There’s also Batman Beyond Universe #9 and the say-it-five-times-fast Forever Evil Aftermath Batman vs. Bane #1, which I won’t read until, you know, there’s an actual aftermath to Forever Evil.

Keeping in spirit of this week’s column, though, I’m going with Batman ’66 #10, featuring this fantastic Mike Allred cover (naturally) and a vehicle that I wish they actually had on the show! 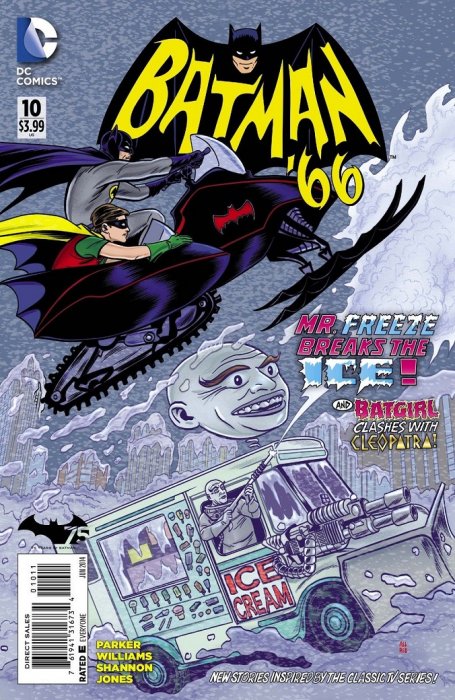