Animator J.J. Sedelmaier of “Saturday Night Live” and “Ambiguously Gay Duo” fame, has a great tale of a getting an original Bob Kane sketch.

J.J. is seen around these parts from time to time and as we were prepping for Batman ’66 Week a couple weeks back, I asked him if he had any fond remembrances. He didn’t per se, but he did point me to this anecdote, first pubbed in Jon B. Cooke’s old mag Comic Book Artist.

It was well worth reprinting here because it’s pretty damn awesome:

Let me tell you a neat story: When my dad was working at Clinton E. Frank, an agency in Chicago — 1966-ish — he told me he had run into Bob Kane at a lunch. Now, I flipped when I heard that because I was in the midst of “Bat-Mania” like the rest of the country at the time, due to the popularity of the TV show. He said that he’d probably see Kane again because of another conference that was being held in a few weeks.

And, sure enough, about a month later, my dad said not only had he run into Kane again, but asked for a sketch for his son. My dad knew I’d always loved the portrait of the Batman on the back cover of #1, so he suggested Kane draw that pose. 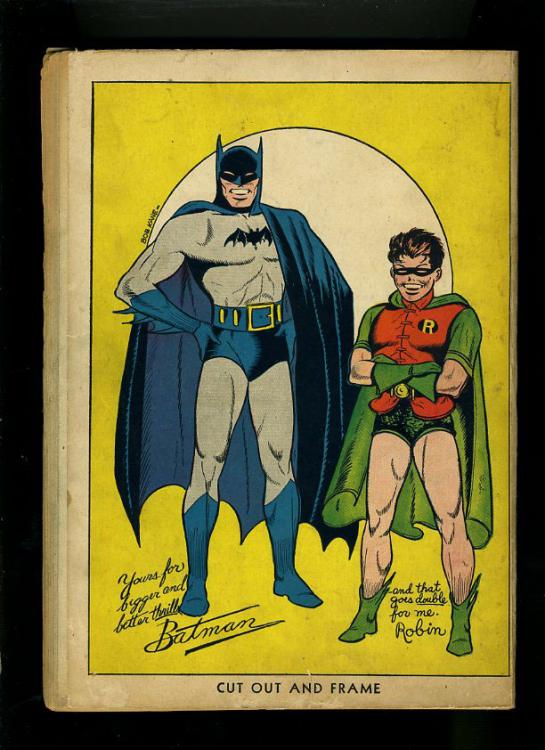 It seemed like forever, but probably a couple months later, my father gave me a large flat package to unwrap. I opened it and found a watercolor piece of my favorite hero just like the back cover. There’s a word balloon saying “Crime Doesn’t Pay!” and it’s got Bob Kane’s signature/logo at the bottom.

But — BUT — it’s personalized to me as well. Only one problem: It’s inscribed to “JAY-JAY”! My name is spelled wrong! It took awhile to get through that, but what the hell, right? 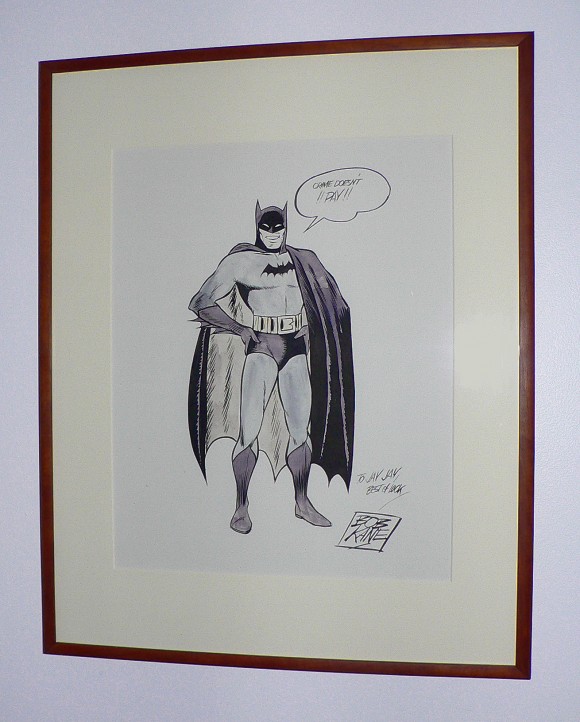 Fast-forward about 15 years, and my dad and stepmother are visiting New York City and we’re out to dinner. I’m psyched to tell them about a friend of mine, who runs the rare book room at B. Dalton’s in Manhattan, who’s having an autograph show in the gallery and, after I told this friend about the Batman painting, he said he’d LOVE to have it in the show.

I tell Dad at dinner and he kinda blanches … my stepmom says, “Joe, you’ve got to tell him.”

Then my dad says words that gave me the impulses of a homicidal maniac and an affectionate teddy bear, all at once.

You ask me, J.J.’s dad was about as good as any of Kane’s many ghosts. Which is to say, he was at least as good as Kane himself.

From the Batcomputer: This is the kind of week I really like — a whole raft of self-contained, yet significant mini Bat-epics. For starters, you’ve got Batman and Robin Annual #2, with a story about Batman and Dick Grayson Robin from the “early days” of the New 52. I’m of the mind there should be a whole book devoted to the early adventures of Batman and the original Robin, so this is like a big piece of cake. There’s also Earth 2 Annual #2, starring Earth 2 Batman, and Worlds’ Finest Annual #1, featuring Huntress and Power Girl when they were Earth 2’s Robin and Supergirl. Yes! You also have Batman: The Dark Knight #27, with a Chris Burnham cover; Catwoman #27, a “Gothtopia” tie-in, with Selina as that weird Catwoman-Robin hybrid; and, the finale of Andy Kubert’s whacked-out miniseries, Damian: Son of Batman #4. As always, there are scattered other Bat-titles and books hitting the shelves, but these are the most noteworthy. 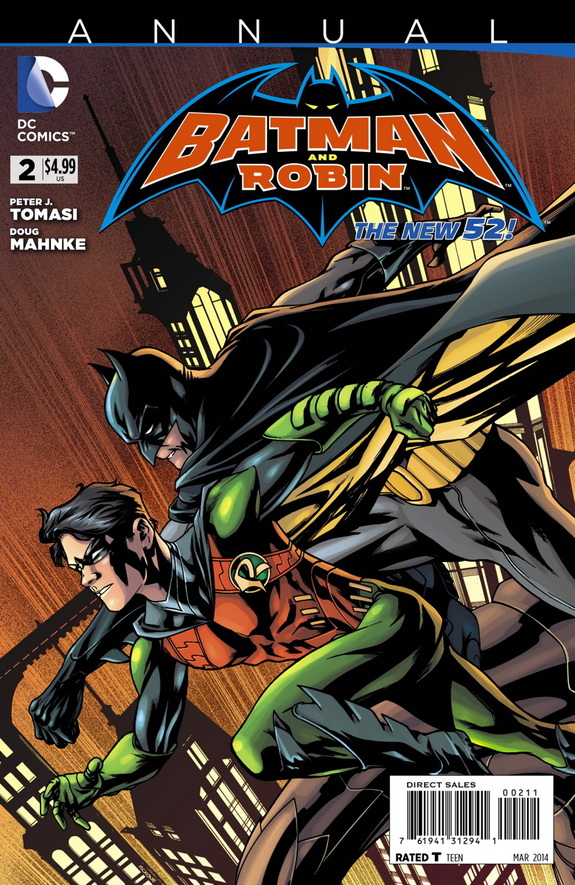