GOTHAM TRIBUNE EXTRA! We Have a Winner!

Home » BATMAN'S HOT-LINE » GOTHAM TRIBUNE EXTRA! We Have a Winner!

Last week, I offered a fancy DC Collectibles Batman Black and White statue to the first reader who could answer one question. AND THE ANSWER IS … 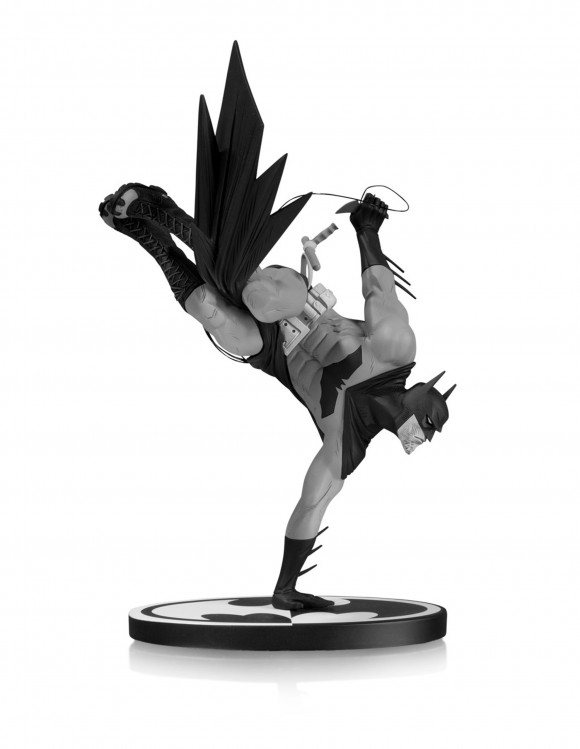 This was the question: WHY DO I CALL THIS COLUMN GOTHAM TRIBUNE?

Here’s how he solved it:

At my old blog, I called my Batman column the Gotham Post as a riff on the New York Post, where I hang my hat in daylight hours. But when I went independent with Cliff Galbraith, I wasn’t going to take the name with me. 13thD and the Post have nothing to do with one another. So I needed a new name but I wanted to keep it a newspaper name.

There were a number of wild-guess entries that were pretty entertaining, such as “Because Batman rules. Just that!”.

And a LOT of you suggested that I picked Tribune because of the misguided notion that Gotham is based on Chicago. “The Dark Knight” may have been filmed there but Gotham always has been a riff on New York.

According to the New York Public Library, Washington Irving nicknamed the city Gotham back in 1807 and the name stuck. Batman co-creator Bill Finger, the NYPL also points out, “was inspired by an entry in a telephone book for Gotham Jewelers. Finger explains in the ‘Steranko History of Comics ‘ that changing the locale from Manhattan to the fictional Gotham City made the setting of Batman more vague.”

Gotham has also been described as New York below 14th Street on a rainy November night — while Metropolis is Midtown on a warm, sunny spring afternoon.

But here’s the thing, Alexander is the only entrant who properly followed this clue: “The answer can be found in at least one book of reprinted Batman stories that is currently in print. We’re talking Golden Age here.”

Anyway, the answer can be found in either “Batman Chronicles” Vol. 1 or “Batman Archives” Vol. 1.

“As a self-proclaimed, pretty big Batman fan it took me some time to figure out what your website was referencing,” Alexander wrote.  “I own all the Archives so I spent the day combing through them.”

What he found in those early stories was the appearance of a newspaper: The Tribune.

In fact, it’s the first named newspaper in Batman lore, first appearing in Detective Comics #28 — only the second Batman story ever.

“I hope I won,” he wrote, “else this was a fun day of really really pulpy stories of Batman killing people.” 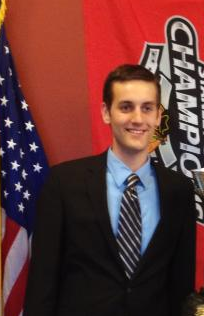 Alexander Hemsley, courtesy of his own bad self.

Well, you won, Alexander. The floor is yours:

“My first experience with a comic-book related property was with the ‘Teen Titans’ cartoon. As the oldest of three, I gravitated towards the team leader, Robin. I watched every episode, as Robin went from brash and impulsive, to son of Slade, to overcompensating for his past, finally emotionally arriving at team leader. Sadly for me, when ‘Teen Titans’ and ‘Justice League Unlimited’ ended, so did my weekly experiences with these characters.

“I was always aware of comic books, but growing up in a small (Illinois) town with no local comic shop, my experiences were (confined) to TV shows and movies. That all changed when I got to college.

“I went to Syracuse University in 2008 and located there was a comic book shop by the name of Play the Game Read the Story. The employees there were very helpful at helping me find great Robin comics. “Robin: Year One” and some Nightwing trades were all in my first purchase. When I went back to pick up some more, they let me know right away of this awesome new series coming out by some guy named Morrison called Batman and Robin.

Morrison’s run was really my first experience with Batman as the main character. It was a different experience. … I knew of the more popular Bat-villains, but reading about these villains like Mr. Toad and Pyg was awesome. (It wasn’t until later that I found out the reason I never heard of them was because it was their first appearance.) One of my majors was in psychology, so it was fun to see some of the parallels between things I was learning in the in the class room and these comic book villains.

“Villains weren’t the only thing. Through Batman, I’ve read great stories like Gotham City Sirens, All-Star Western, Supergirl and Robin going to a Halloween party and so much more. Batman has served as a great introduction into the world of comics.

“I jumped feet first into this world, collecting trades, single issues, and hardcovers (a few of which that helped me win the statue). Sadly my collection is all over the country right now as I’m in the process of moving, but luckily I had the first Archives volume with me to answer the question. Batman is great, Zero Year is great, and this statue will sit proudly on my bookshelf once I stop bouncing around.”

Enjoy it Alexander. You earned it.

And welcome to Gotham.