I was already rooting for Kansas City to win tonight because I’m a Royal-in-law. But then I saw this … and that just takes it to a whole new level! 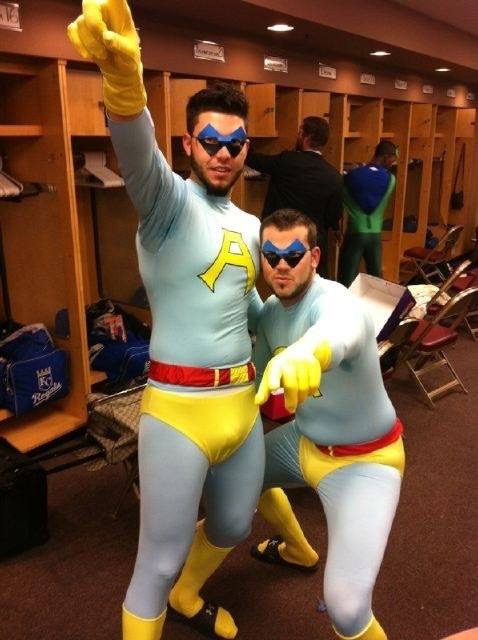 Hell, even if I were a Giants fan, these guys would have totally turned me!

(And thanks Wendy for finding the pic in the recesses of the Internet!)