The Legion of Super-Heroes after Superboy first left… 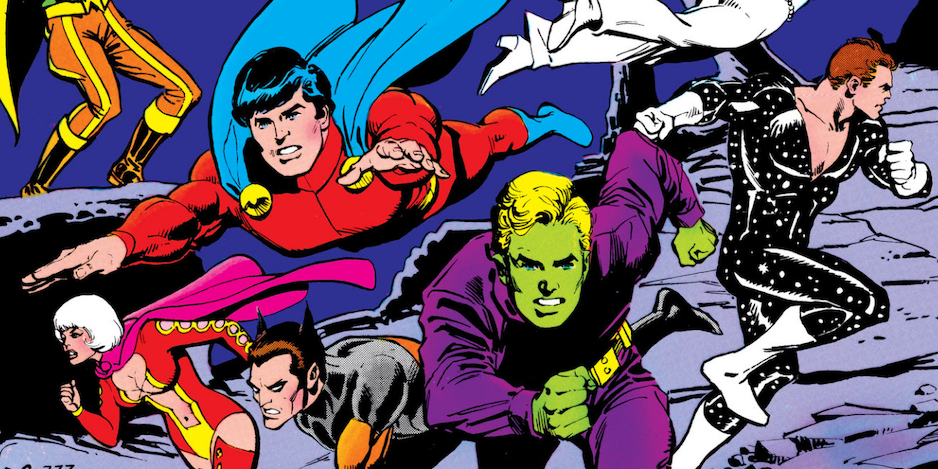 Generally speaking, you think about the Legion of Super-Heroes in the 1980s and your mind immediately goes to Paul Levitz and Keith Giffen’s The Great Darkness Saga. And rightfully so. Tt was an era-defining epic and still widely considered the high-water mark of the 30th Century.

But there were plenty of other exciting Legion tales to be told and in the late ’70s and early ’80s, Gerry Conway steered the Time Bubble. Now, DC plans to collect a swath of them with Legion of Super-Heroes: Before the Darkness Vol. 1, due in February 2021.

Dig the official description from an Amazon listing, along with a Dick Giordano cover from Conway’s run: 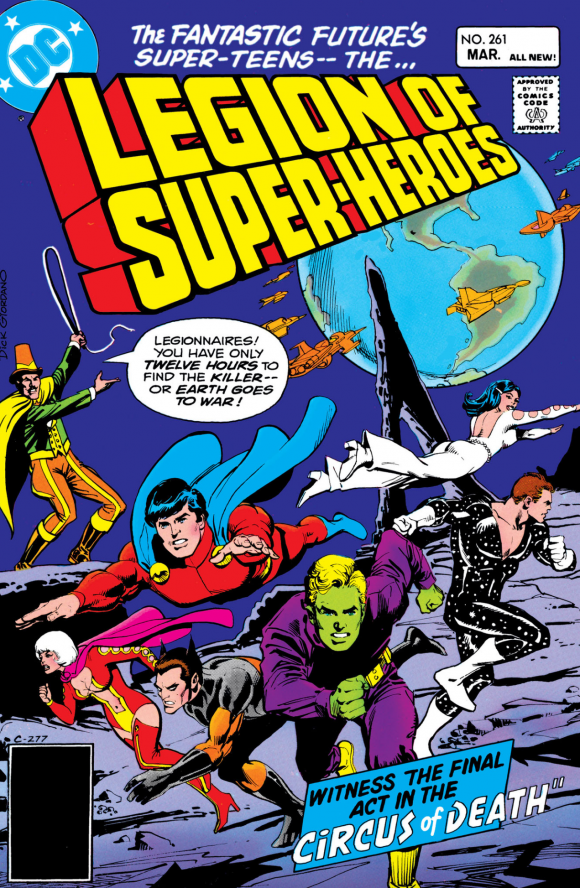 Legion of Super-Heroes: Before the Darkness Vol. 1

Pivotal early-1980s Legion of Super-Heroes stories, set just before the epic “Great Darkness Saga,” are now available in the first volume of an all-new collection!

The greatest heroes of the 30th century star in these classic stories that set the stage for “The Great Darkness Saga,” one of the most beloved tales in Legion history!

First, the Legion–including Mon-El, Brainiac 5, and Phantom Girl–takes on a Circus of Death! Then, the villainous Dagon strikes, kidnapping several Legionnaires’ parents for ransom! And the Fatal Five return–now working for the Dark Man!

Plus, in Secrets of the Legion of Super-Heroes, find out startling new information from the past of the Legion and their ally R.J. Brande! 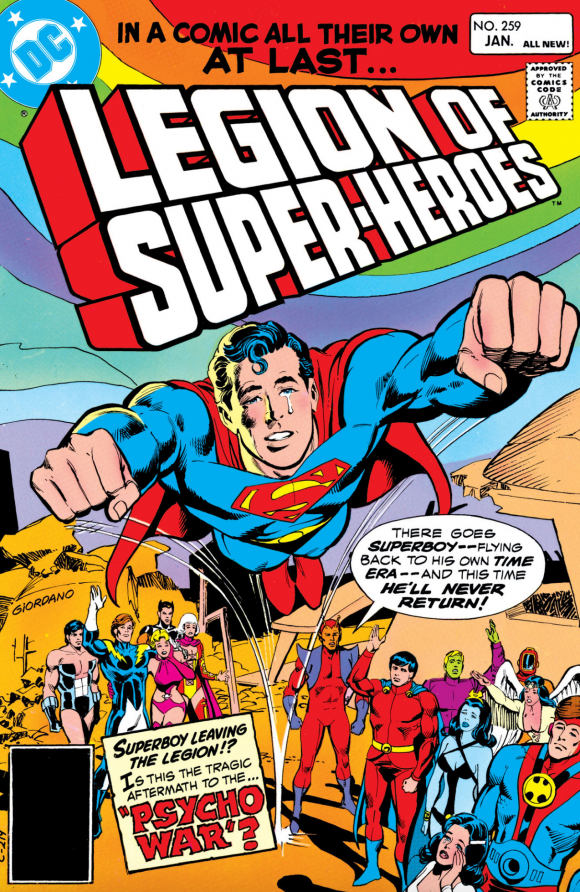 — I’m hoping this is a draft description because the first issue this collection should start with is #259 — in which Superboy left the Legion, re-setting the status quo that the rest of this edition chronicles. That was a big deal at the time, by the way.

— I’m fairly certain all of Conway’s earlier Legion stories have been collected already, but feel free to correct me in the comments if I’m wrong, Legion fans.

— By the way, I haven’t a clue what the cover will look like. The Amazon listing mistakenly uses a cover from the current Brian Michael Bendis run.

— The 401-page hardcover lists for $49.99. It features art by several illustrators but mostly Jimmy Janes.