THE GEORGE PEREZ INTERVIEWS: A day at the ‘museum’… 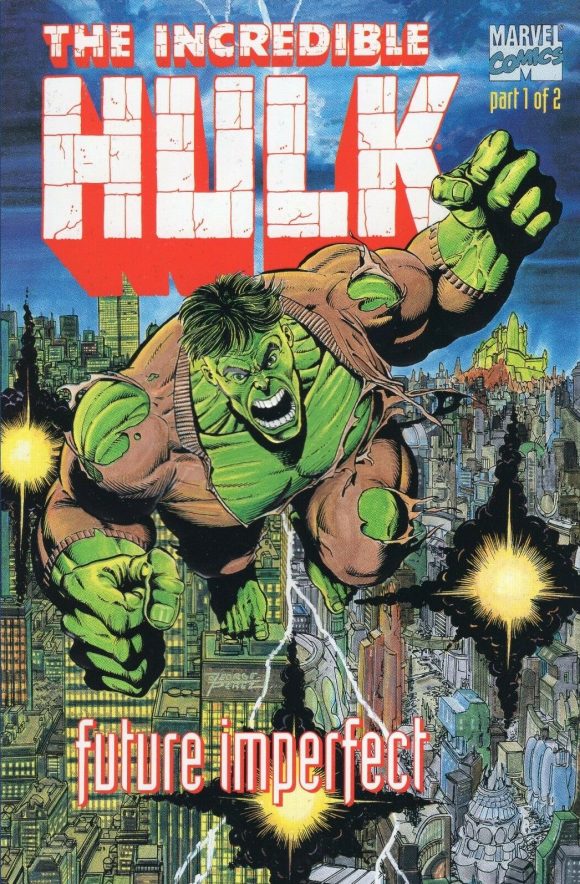 Dan Greenfield: OK, No. 10 on the list was The Incredible Hulk: Future Imperfect.

George Perez: Ah! Another one, like a lot of projects, I wasn’t the original choice. I think they had gone through two artists that were scheduled to do the book —

Dan: (Puzzled) How were you not the original choice?

George Perez: Because Peter David didn’t know I was available! The reason I got Future Imperfect was because my wife had just read a couple of the Star Trek novels that Peter had just written…

She said “Y’know, I like his writing. Maybe if you ever get a chance to work with him, you should do a story with Peter David.” So, I called up Peter David, and, — actually, no, I called up the editor, Bobbie Chase, no, no, no it was Peter — I said if you ever have a chance, could we work together?

I had met Peter before when he was working in publicity and eventually when he started writing. As it turned out, he had this story, that he had two artists who were gonna do it, but couldn’t get their minds around it, didn’t think they could handle it for whatever reason.

So, he went to the editor and said, “I think I found an artist who may be interested in doing this book with the Hulk. It’s George Perez.” I got a phone call immediately from Bobbie Chase, and I was asked “Are you serious?” basically, and it was the quickest turnaround. I think within half an hour after calling Peter David I was on the book.

And then I was on my own. So not only did I keep adding more and more items in there, but I went cross-company, where I would put like, Archie’s Riverdale sweater, I would put the bottle city of Kandor, and more and more, and I was just having a fun time.

One of the things — again, I love doing comics and my retirement has nothing to do with my lack of love or lack of ability — when a writer gives me something, I want to make sure I do the writer justice, that I give him more than he’s expecting.

Peter paid me the compliment that, with all the years he worked on the Hulk, I was his favorite collaborator. And I only did two books. Part 1 and 2. But it was a lot of fun and a great challenge and up until JLA/Avengers much later, it was the longest that I ever inked myself on a story. 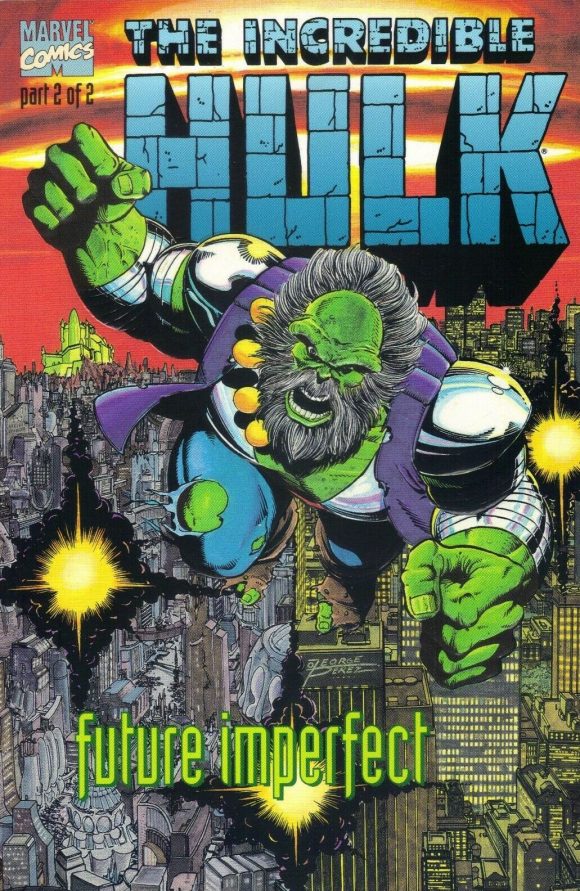 I’m not, with all that detail, I’m not very fast. In fact, I had to get those last pages done really fast or else we were going to miss deadline. I said, “No, I gotta finish it, I gotta finish it.” To the point that I worked I think 72 hours without a break, without sleep.

I finally got the last pages sent in and my wife came in and found me slumped in front of the television on the chair. She called my name, she thought I had a heart attack because I didn’t wake up. I was out cold. I was OK.

I was very, very proud of Future Imperfect. I never imagined that the Maestro would still be popular after all these years. I thought it was just a one-shot character, but of course he became Peter David’s Thanos, I guess, a character that no one expected to become really successful and look what happened to him.