We told you already that Funko will be releasing its Batman ’66 Wave 1 figures a little earlier than expected — in June. (Click here for more info.) 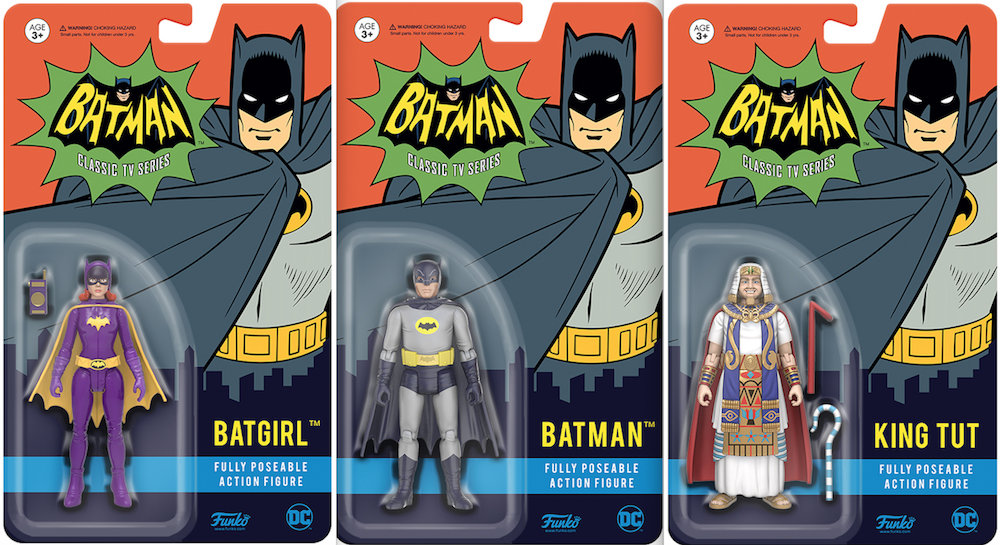 Just three of the seven single figures coming in June.

These fully poseable action figures feature nine points of articulation and are 3.75” tall!

They are perfect for your collection! Coming in June!

To check out all seven concept shots of the figures in their packages — as well as fresh concept art of the figures themselves — click here. It’s groovy stuff. You’ll dig it.

And don’t forget, the Batmobile with Batman and Robin is due by the end of May. (Click here for more info on that.)

Option 1. Go to your local comics shop or retailer that carries Funko items and ask them how best to preorder. For comics shops, the figures will be in the July Diamond Previews catalog but can be ordered online from Diamond now since the figures are scheduled to ship before then.

Option 2. Pick an online retailer. Entertainment Earth already has them up. Here’s Batman, for example.