Think Tank is one of the best comics that you didn’t read when it first came out, so here is your chance to read it for FREE. 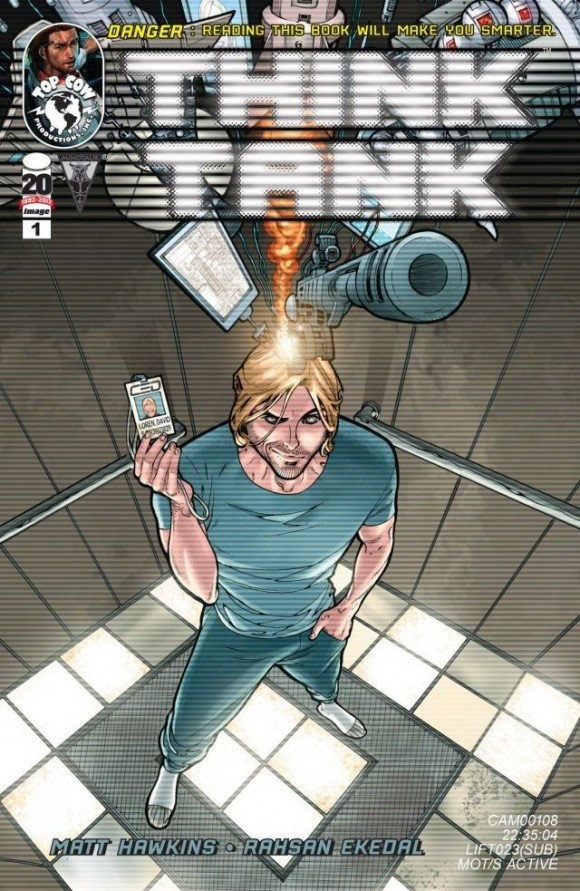 One of my favorite series over the last few years has been Think Tank from Matt Hawkins and Rahsan Ekedal.  It’s an excellent series about the complexities of the military industrial complex and the moral ambiguities surrounding it, and not enough of you were reading it so it went on hiatus for a little while to retool, i.e., reboot and come back in color.  Well, in anticipation of the relaunch in September, Mr. Hawkins and his Image Comics imprint, Top Cow, is offering up the first four issues for free.

So, again — FREE COMICS — here is issue 1 and issue 2 and issue 3 and issue 4, which comprise what was the initial arc, originally a initial limited series that led to what is now an ongoing series.  You have no more excuses:  read, enjoy, and here’s looking forward to the reboot.