It’s the BATBOOK OF THE WEEK, even though it won’t be out for a couple weeks…

For a show that was immensely popular in its prime and has stood the test of time for 50 years, there are relatively few books about Batman ’66. And of those that have been published, there are only a couple of really good ones, such as Gotham City 14 Miles, edited by Jim Beard.

I mean, compare it to Star Trek, which premiered the same year and has spawned a cottage industry of non-fiction and fiction publishing. (Then again, that was a show created from whole cloth and not a faddish incarnation of an existing publishing property, but so be it.) 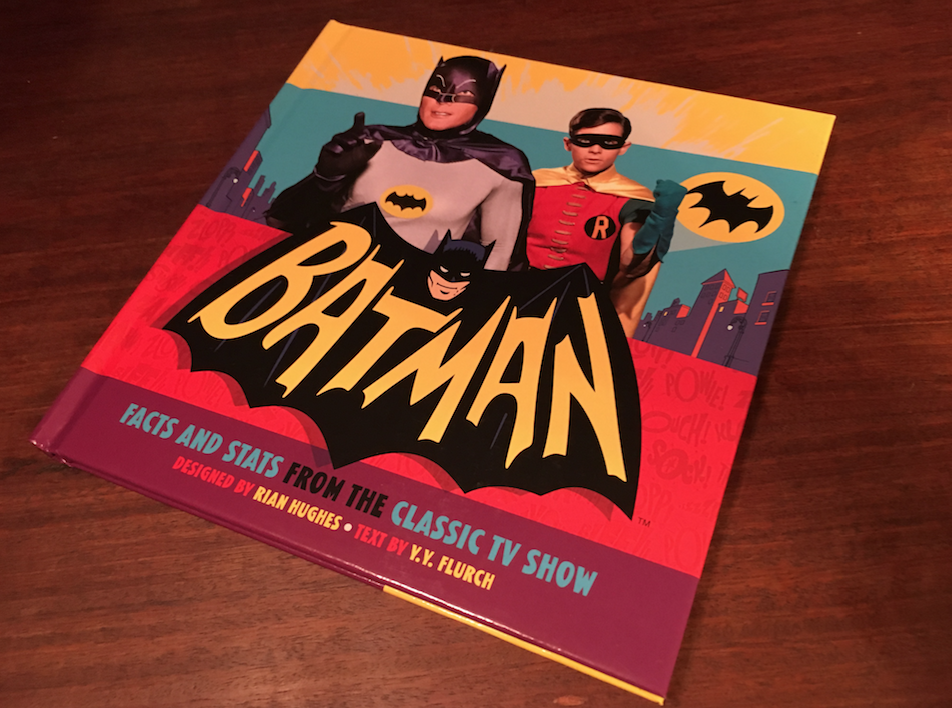 In any event, the most colorful Batman ’66 book to date is Batman: Facts and Stats From the Classic TV Show ($16.95 list price, out 10/14), whose mundane title belies the zippy, Day-Glo presentation inside. Actually, it’s the Rian Hughes design that’s the selling point of the book, which is the kind of publication you’d pick up as an extra gift for someone at, say, a Hot Topic if you’re a mall-walker or a kitsch emporium if you live in the trendy part of a big city. 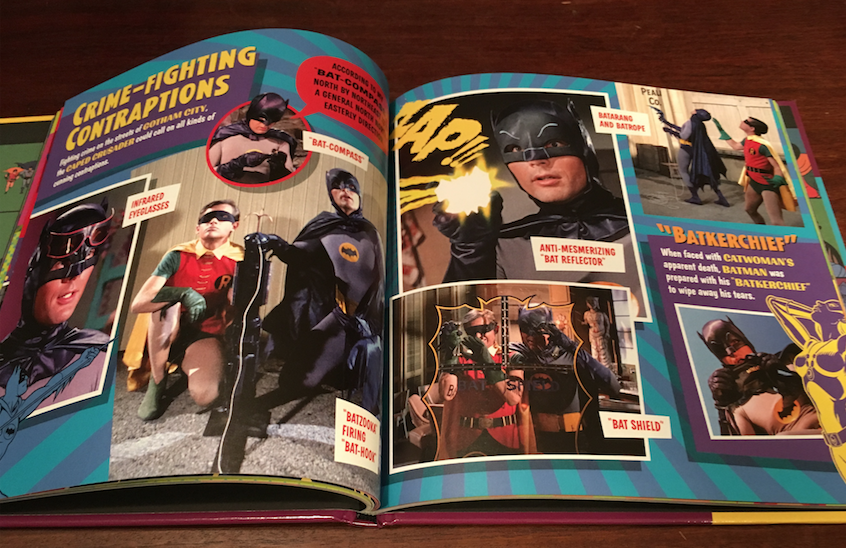 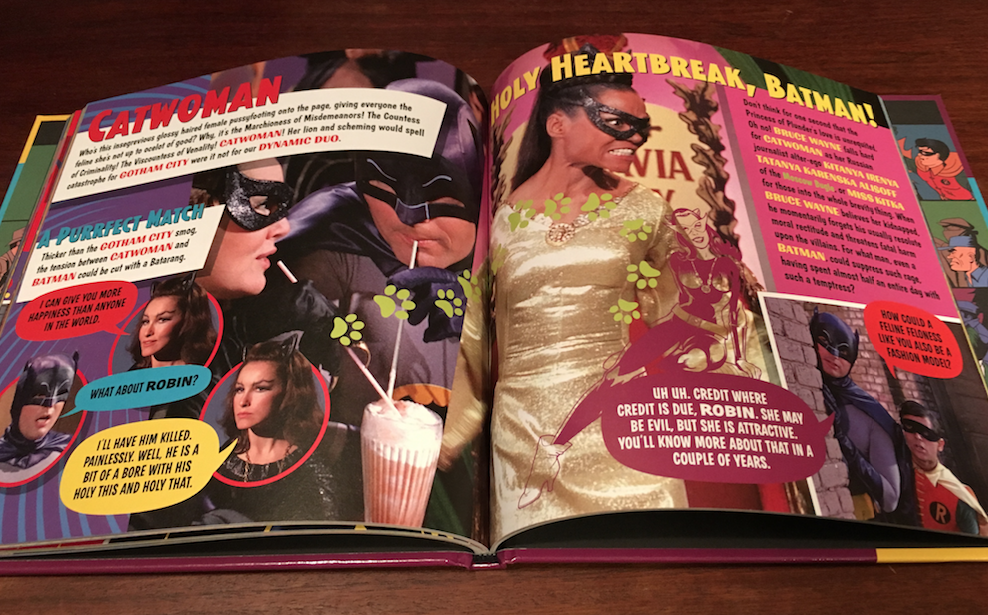 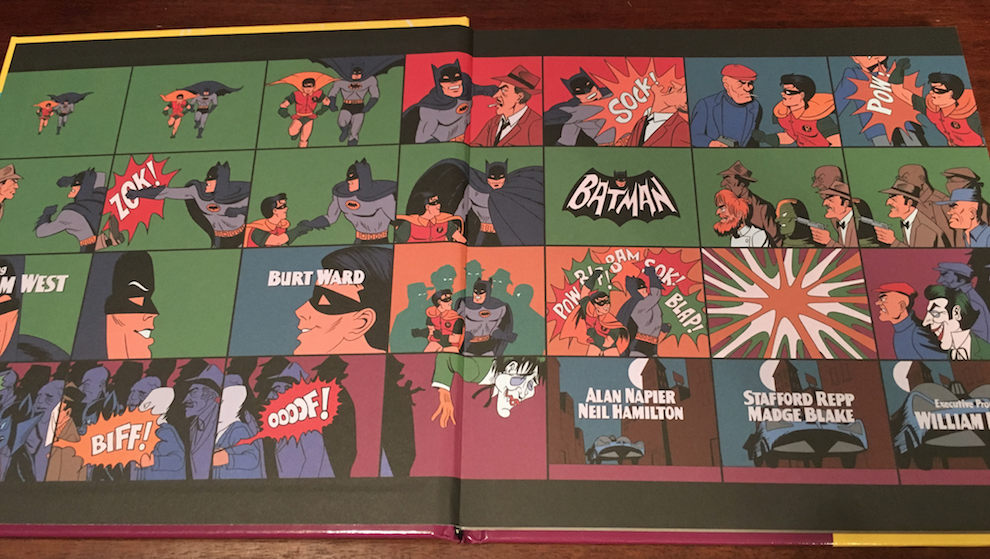 In between are 128 pages of bright, psychedelic layouts of pictures, type and “sound effects” that breeze through the show’s history. The facts and stats, such as they are, are basically campy bios of the show’s main characters and guest stars. Not every one gets a picture but even the Nora Clavicles of Gotham City rate a mention. 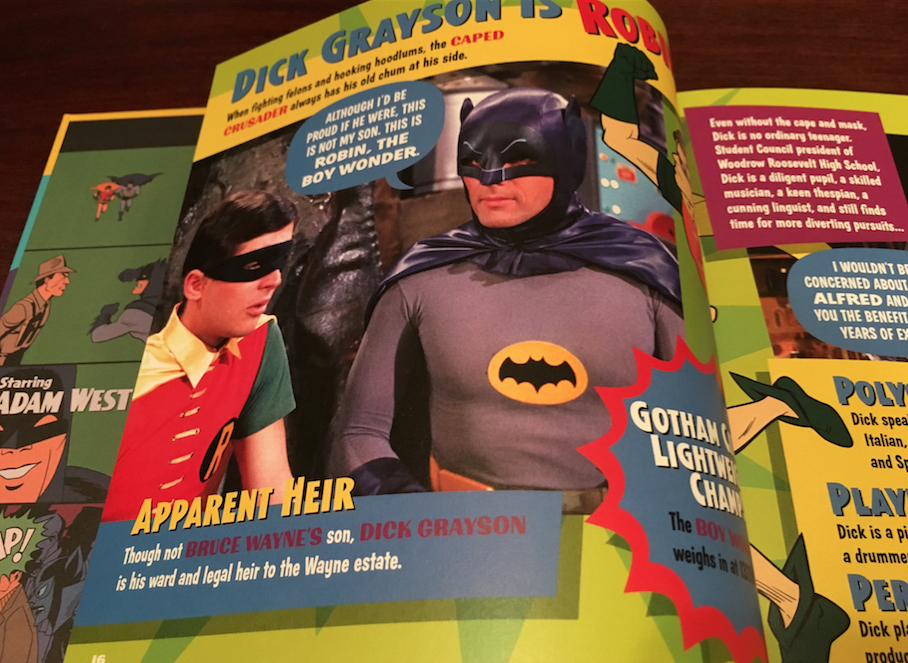 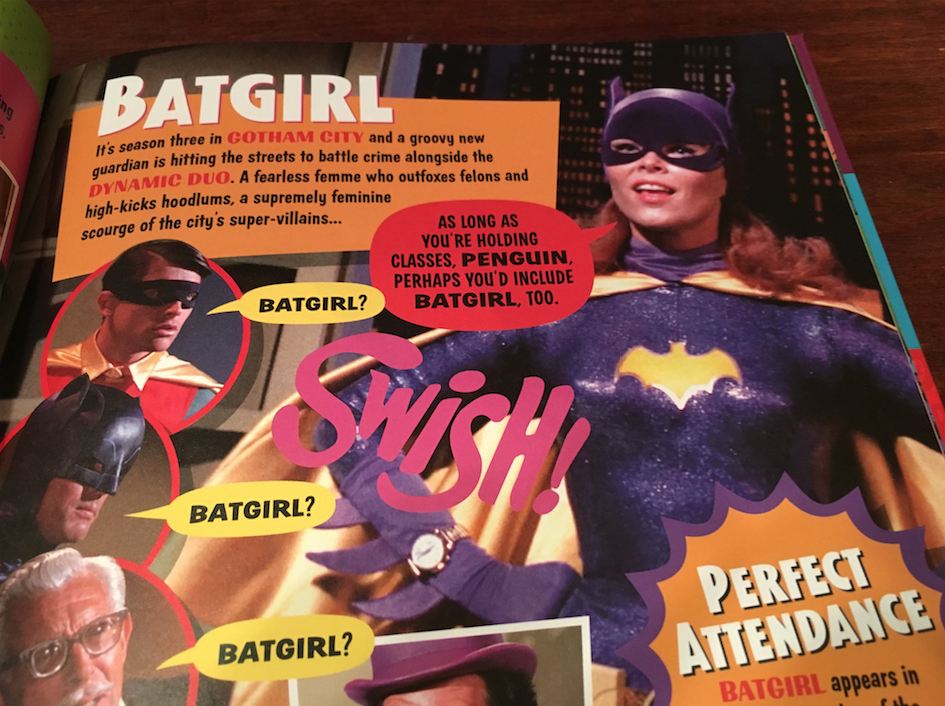 Basically, the book, written by the pseudonymous Y.Y. Flurch — the name of a fictional author from an episode of the show — is the polar opposite of Gotham City 14 Miles, which looks at Batman ’66 from an analytical perspective. But if you have both, you’re in fine fettle. (Flurch is actually Bat-historian Joe Desris.)

And don’t forget, Desris and Robert Garcia have a second hardcover coming from Titan later this fall, the coffee-table tome Batman: A Celebration of the Classic TV Series. 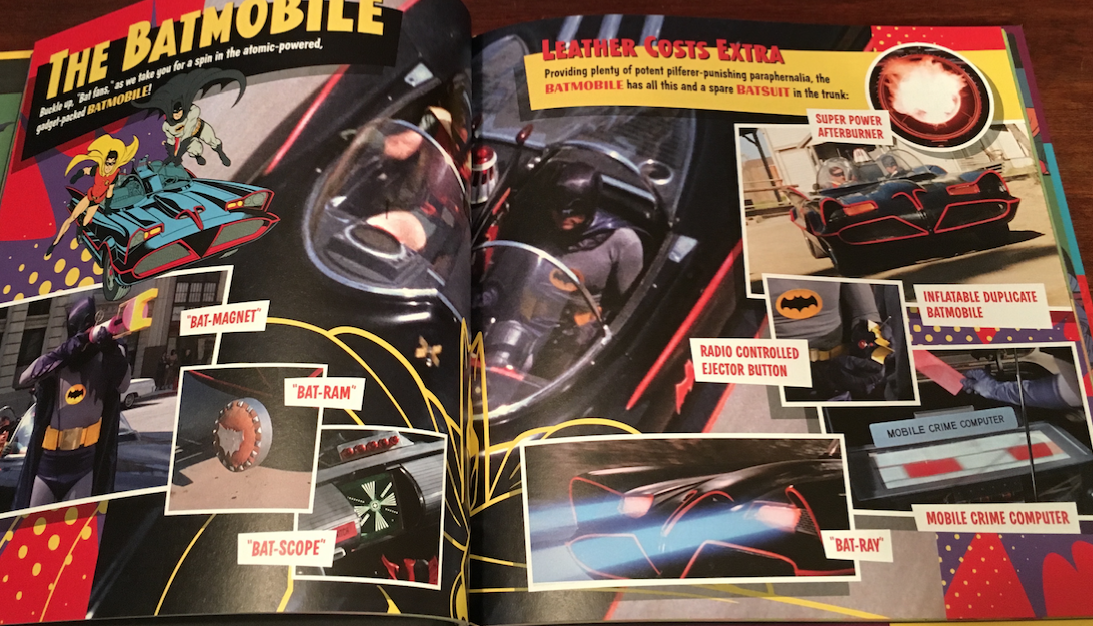 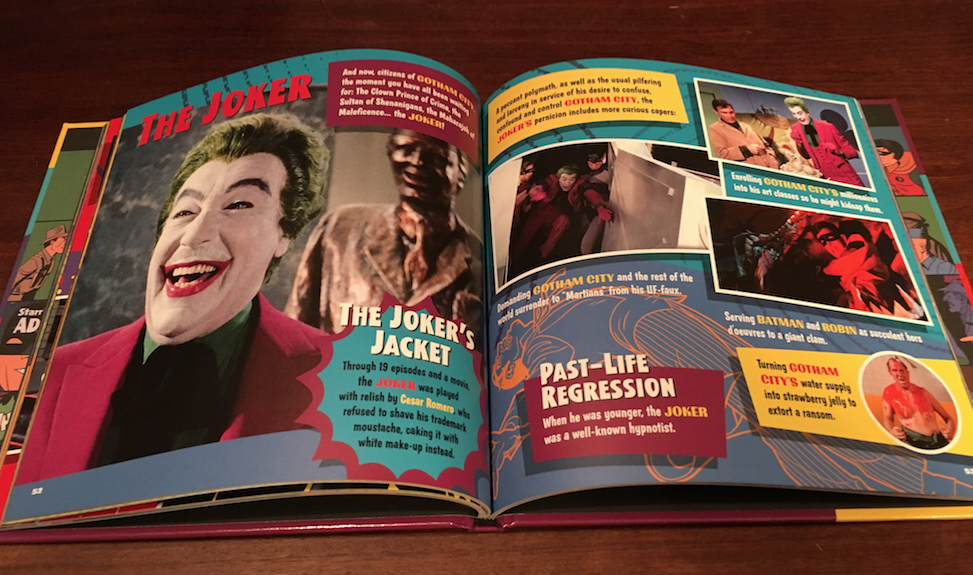 — Batman #7 and Nightwing #5 offer the first two chapters of the Night of the Monster Men crossover and if you’re not excited by this, what are you doing here?

— Trinity #1 is the new Batman/Superman/Wonder Woman team-up book by Francis Manapul. I’m not really into this sort of thing but I like Manapul’s work so of course I’ll check it out.