These three should live long and prosper on your shelf.

When I saw a couple weeks ago that Barbie was producing Kirk, Spock and Uhura for the 50th anniversary of the show, I laughed.

And when I opened the box and got my first good look at them up close, I gasped. 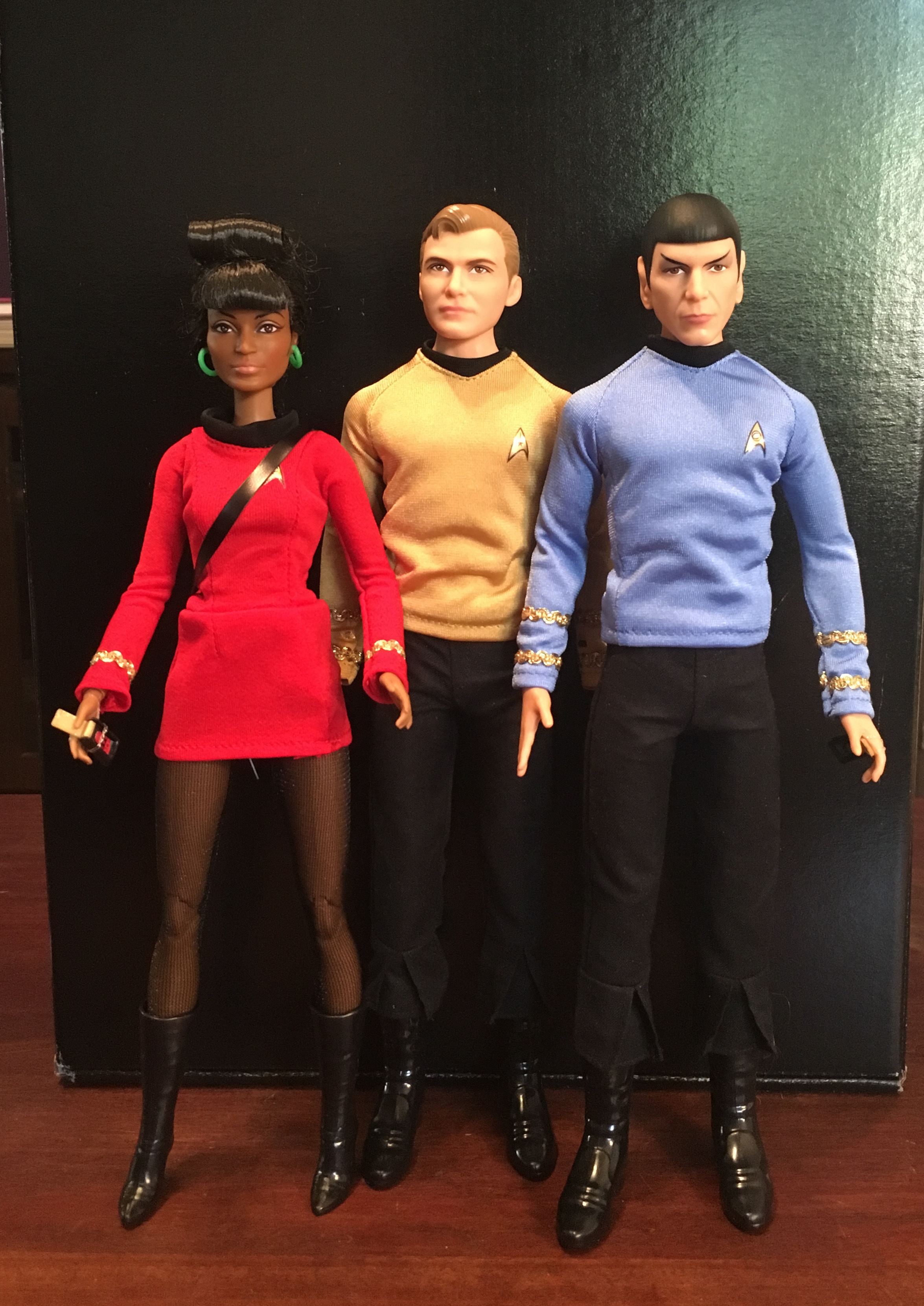 Because these three collectible figures from Mattel — due for release in July — are giddy tributes in plastic and primary-color fabric. 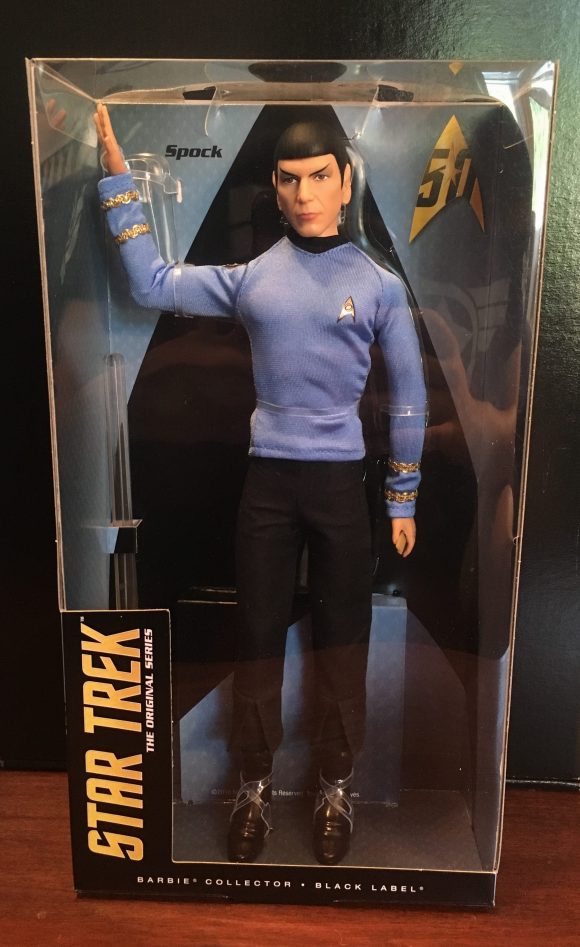 I’m leading with the first officer because having a Vulcan Ken doll — which, let’s face it, is what this really is — is more fun than playing harp with a bunch of space hippies. I mean, you could lose your brain over this.

Check out these pix! 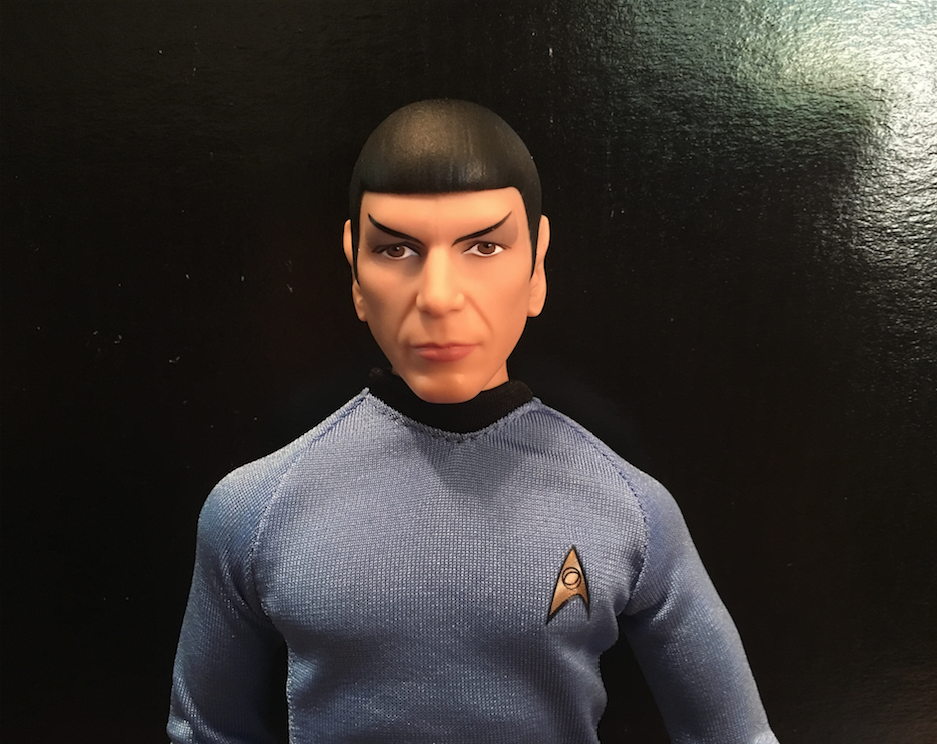 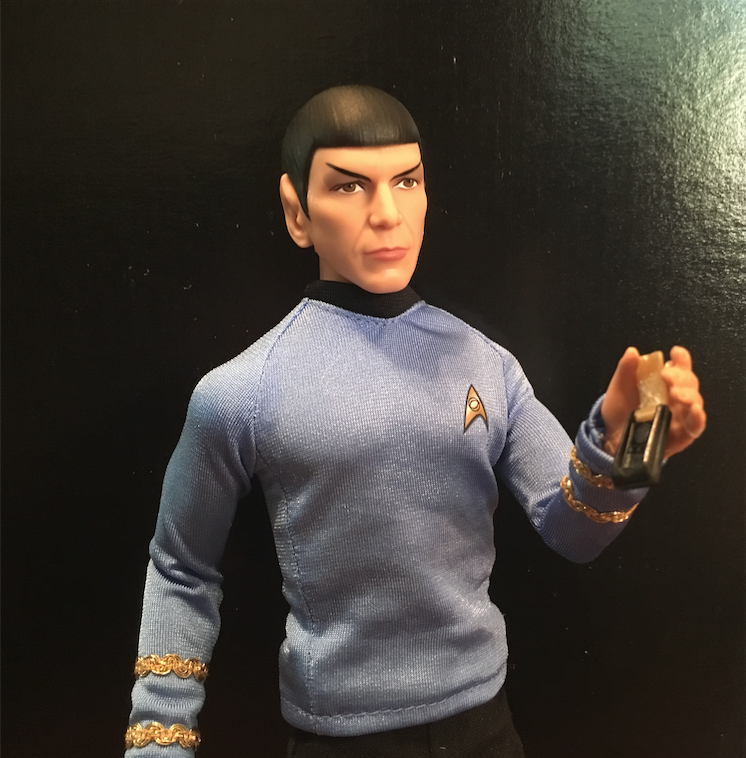 He comes with a communicator.

What gets me every time Mattel does these kinds of sets — click here for my look at the Batman v. Superman 3-pack of Batman, Superman and Wonder Woman — is how the designer can get the dolls to look like the actors yet still retain whatever it is that makes them indelibly Barbie and Ken.

This isn’t Ken with pointy ears. This is Leonard Nimoy as Ken doll. Is that illogical? 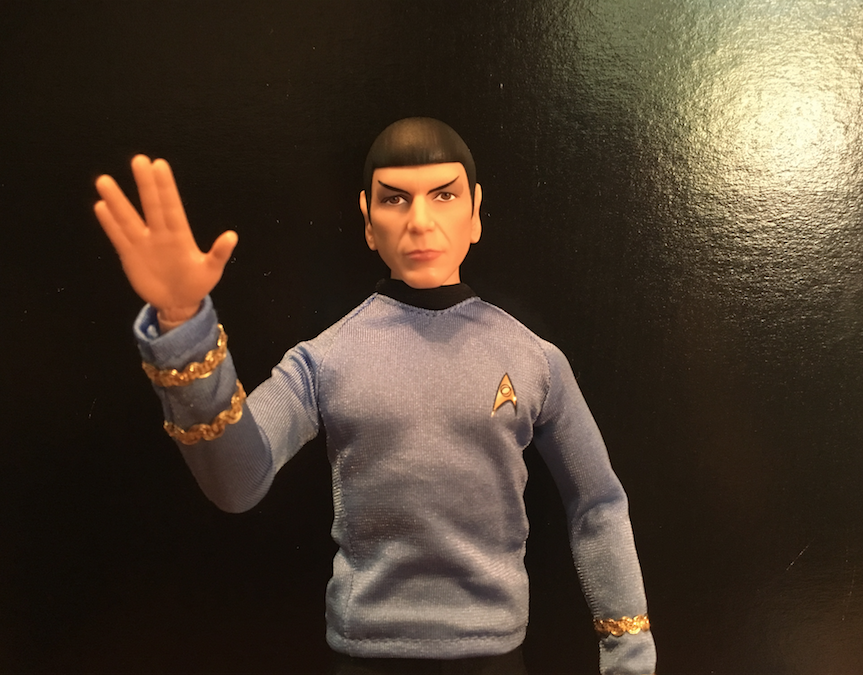 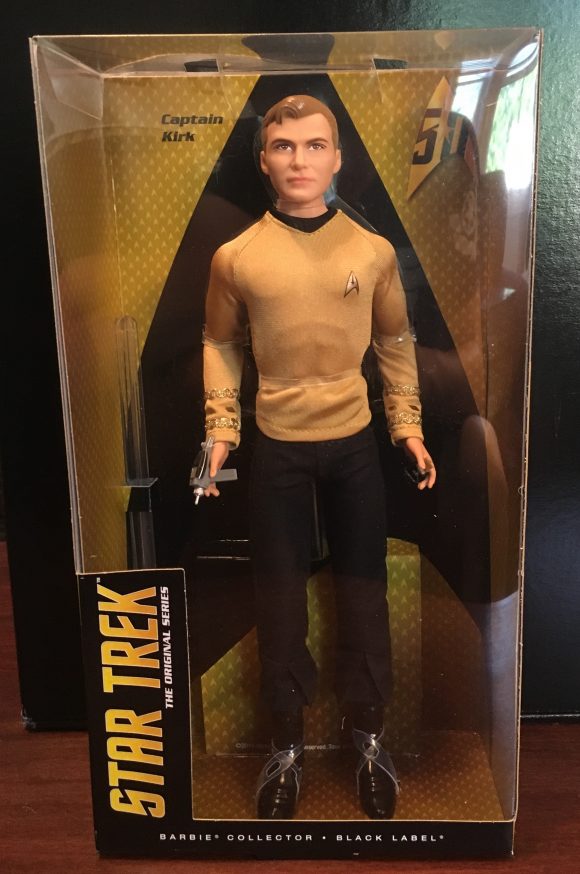 Of the two men in the set, I think Spock came out better. Kirk looks like William Shatner, but his features are just a tad too delicate. But that’s cool. His gold top fits just right and the decorative detailing commands swaggering respect.

He comes with a phaser and communicator. He does not, however, come with Kirk Fu Grip. 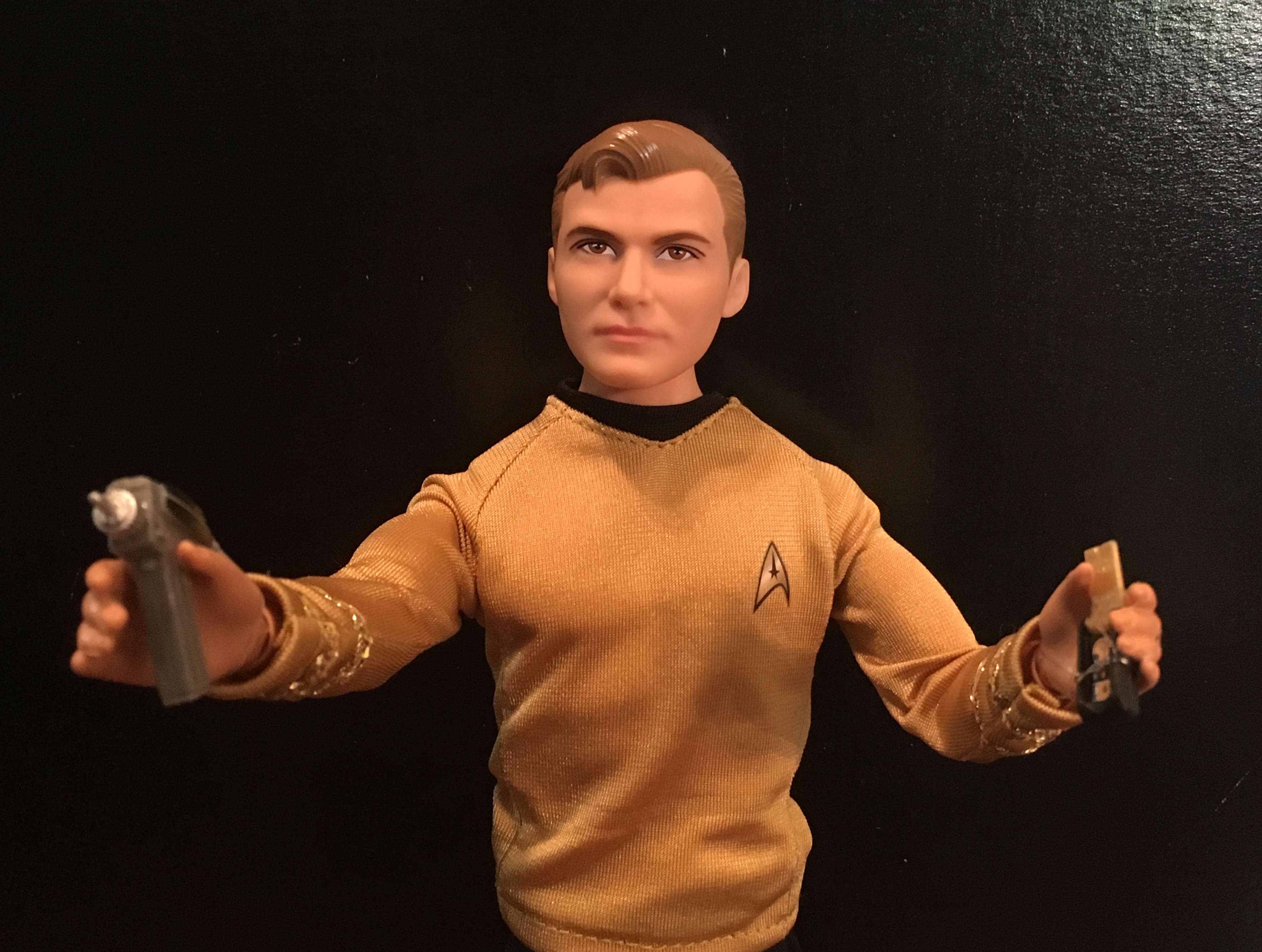 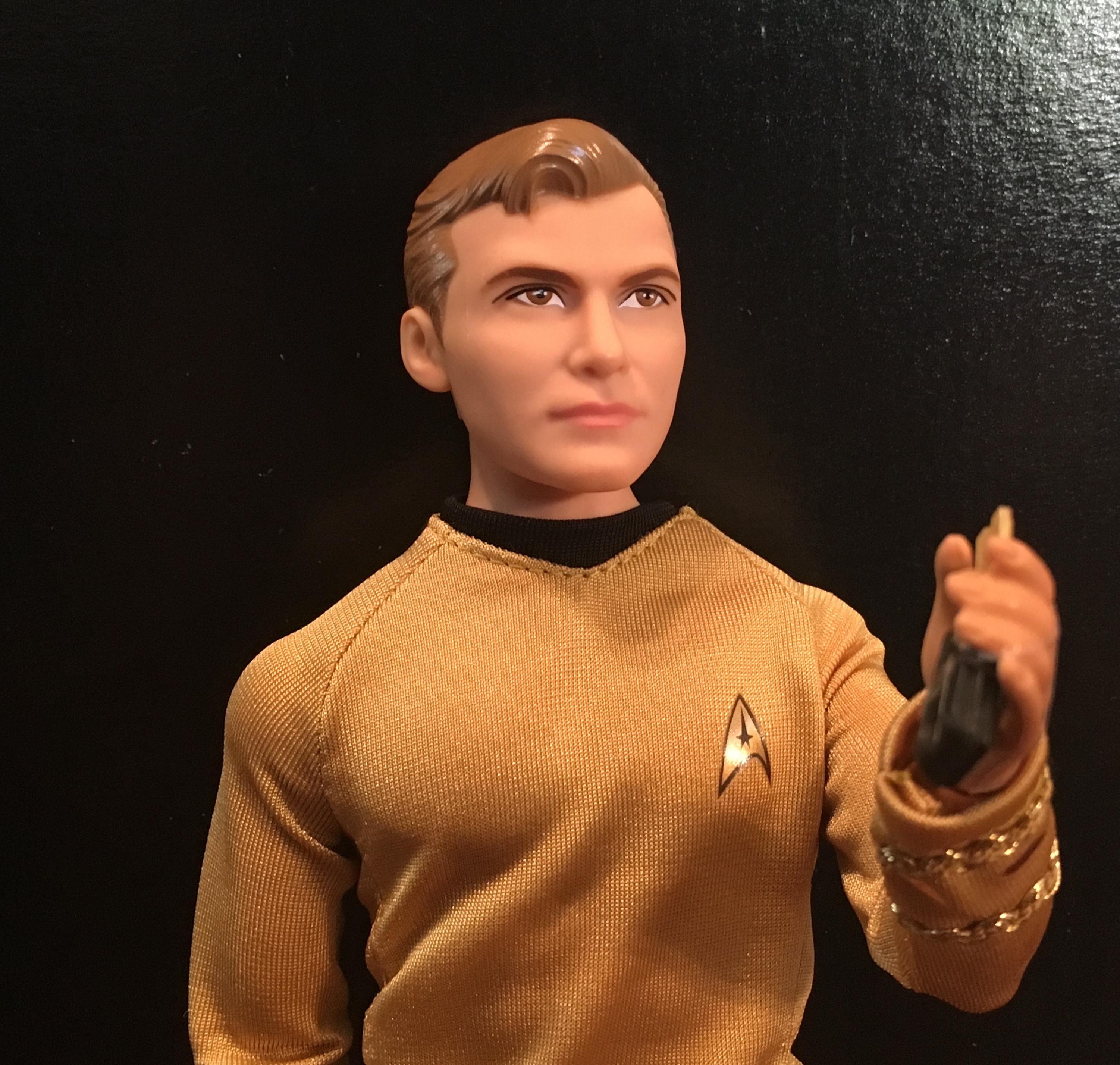 By the way, each box is emblazoned with each actor’s likeness, a color-coded Enterprise detail, and a write-up… 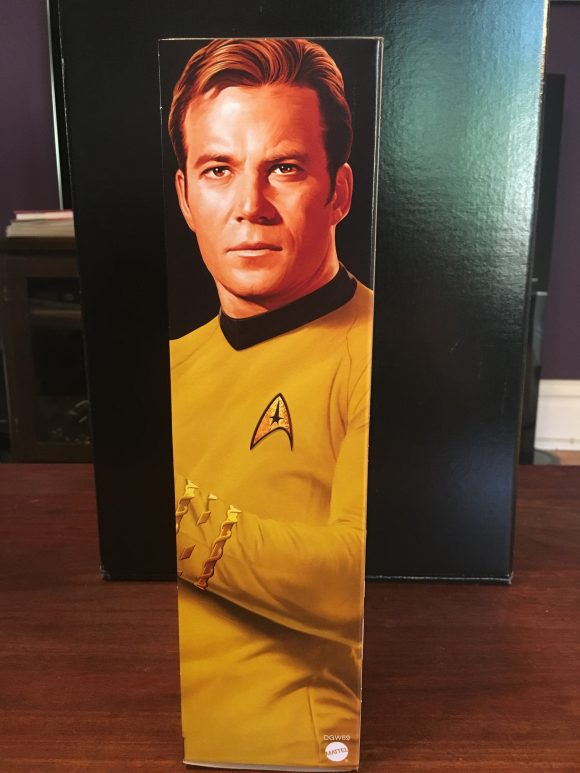 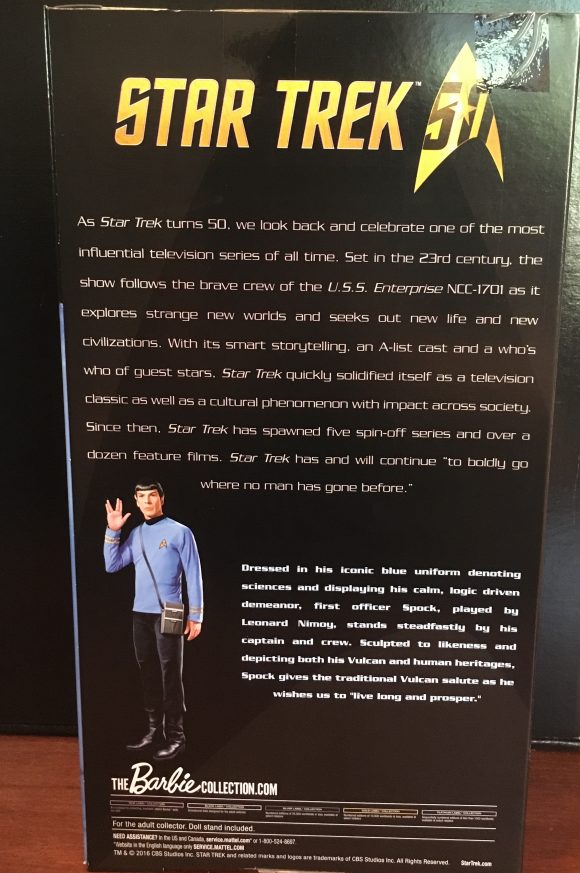 I saved the best for last. 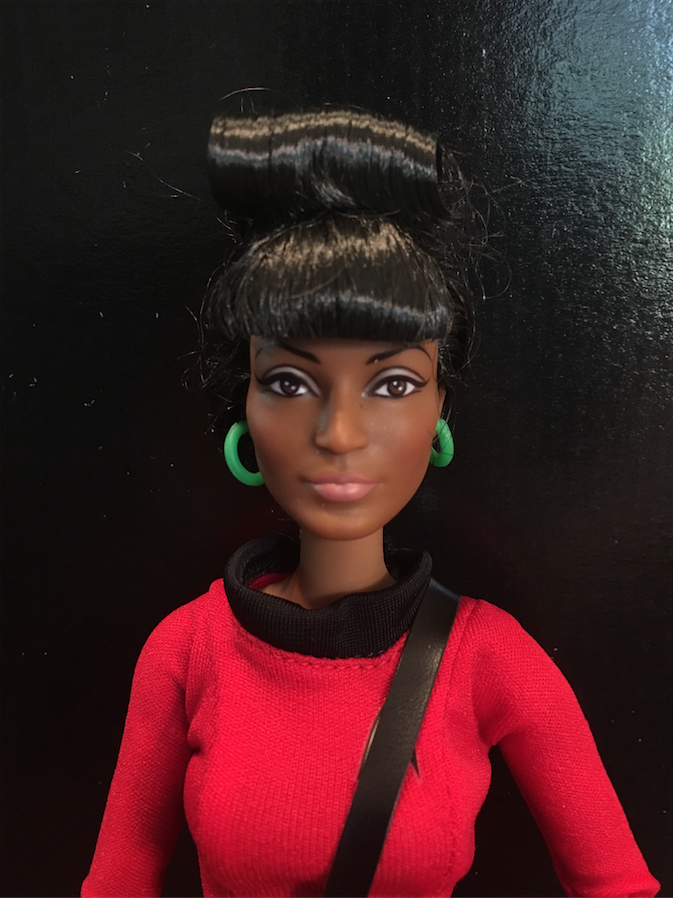 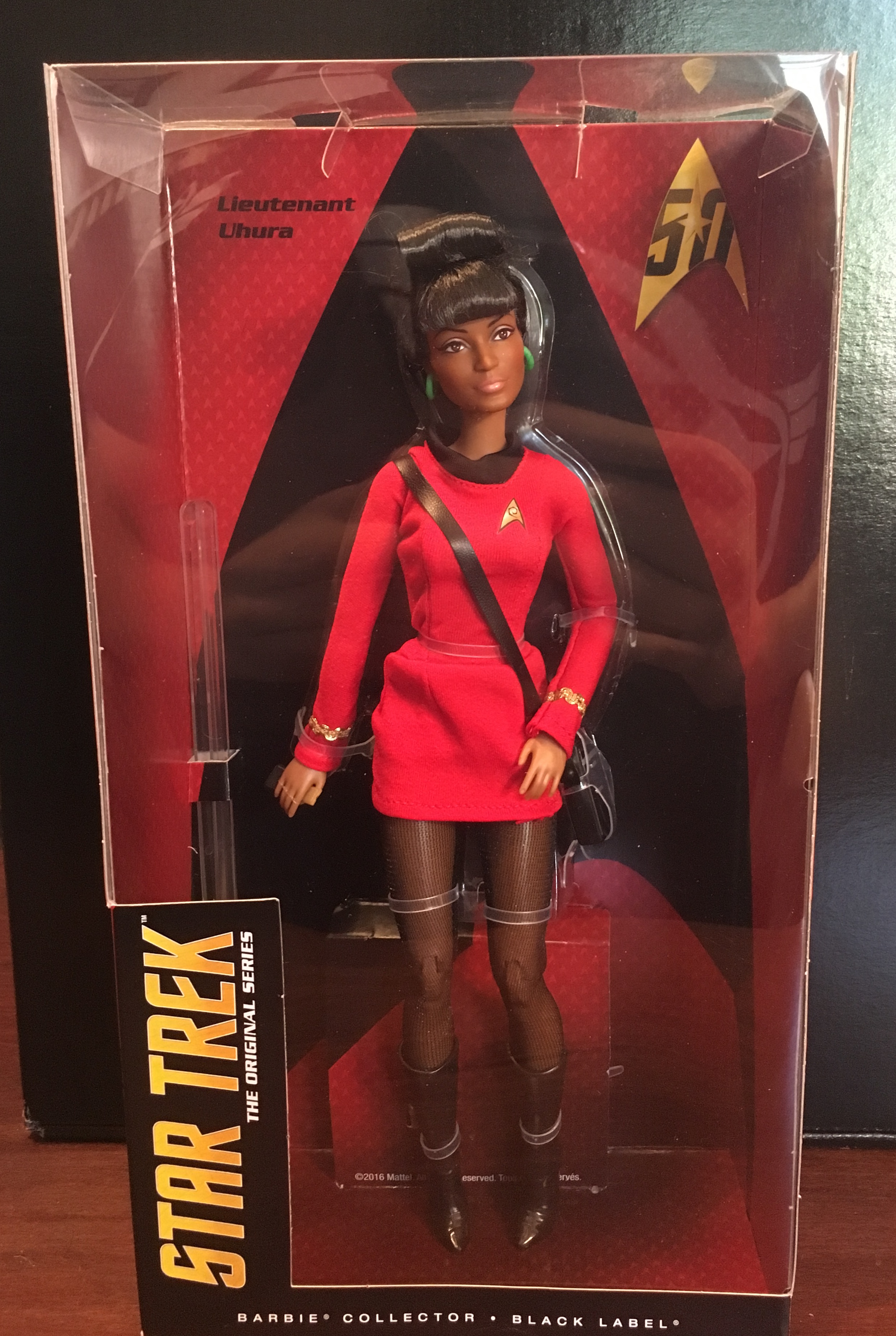 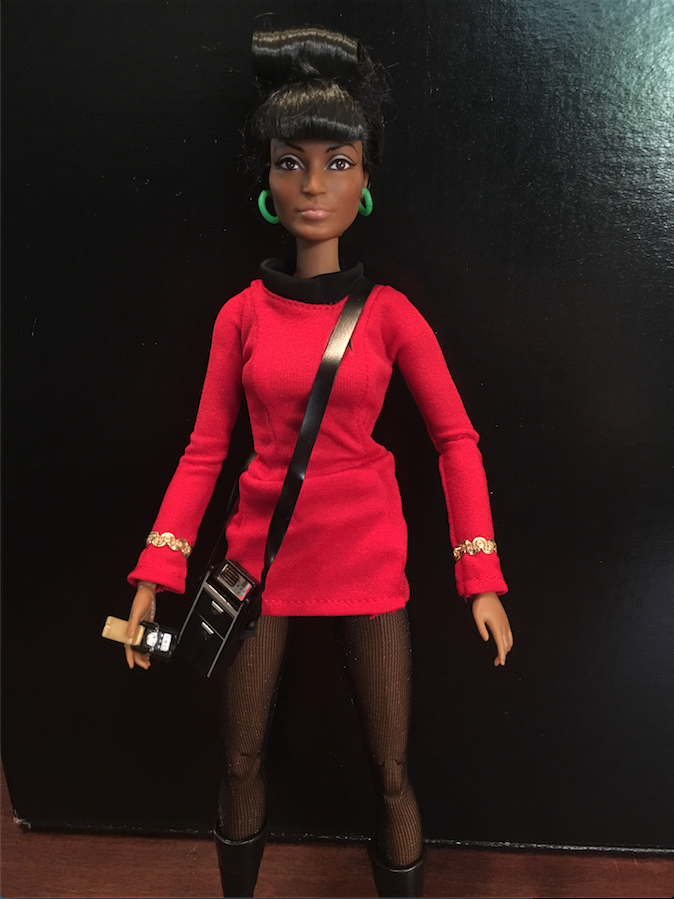 She comes with a communicator. Of course.

The three figures each list for $34.95 and are part of Barbie’s Black Label line. Every figure comes with a stand.

There’s also going to be a San Diego Comic-Con exclusive Orion dancer. My fingers are crossed for the rest of the Enterprise crew. — IDW this week announced that there will be a new Star Trek comics miniseries this fall, Star Trek: Waypoint. It’s a bimonthly anthology series that will draw from various Trek eras. The first issue includes an Uhura story by Sandra Lanz. Check out this striking work-in-progress art: — IDW also has three trade paperbacks out this week. There are the two volumes of the Star Trek Countdown Collection, which reprint comics that served as prequels to the first two new-timeline movies, and there’s Star Trek: Manifest Destiny, which collects the recently completed miniseries.

— Finally, we’d like to send our condolences to the family of Anton Yelchin, who played Chekov in the new films. Yelchin died in a freak car accident over the weekend. We’ll remember him in better times, when he wore the Starfleet uniform well.