Don’t kid yourself. This is a bold move by Mattel’s Barbie brand. Not as bold as, say, Curvy Barbie maybe, but bold nonetheless.

Because these three figures from the Black Label Line are a compelling mix of fashion doll and action figure. And it works. 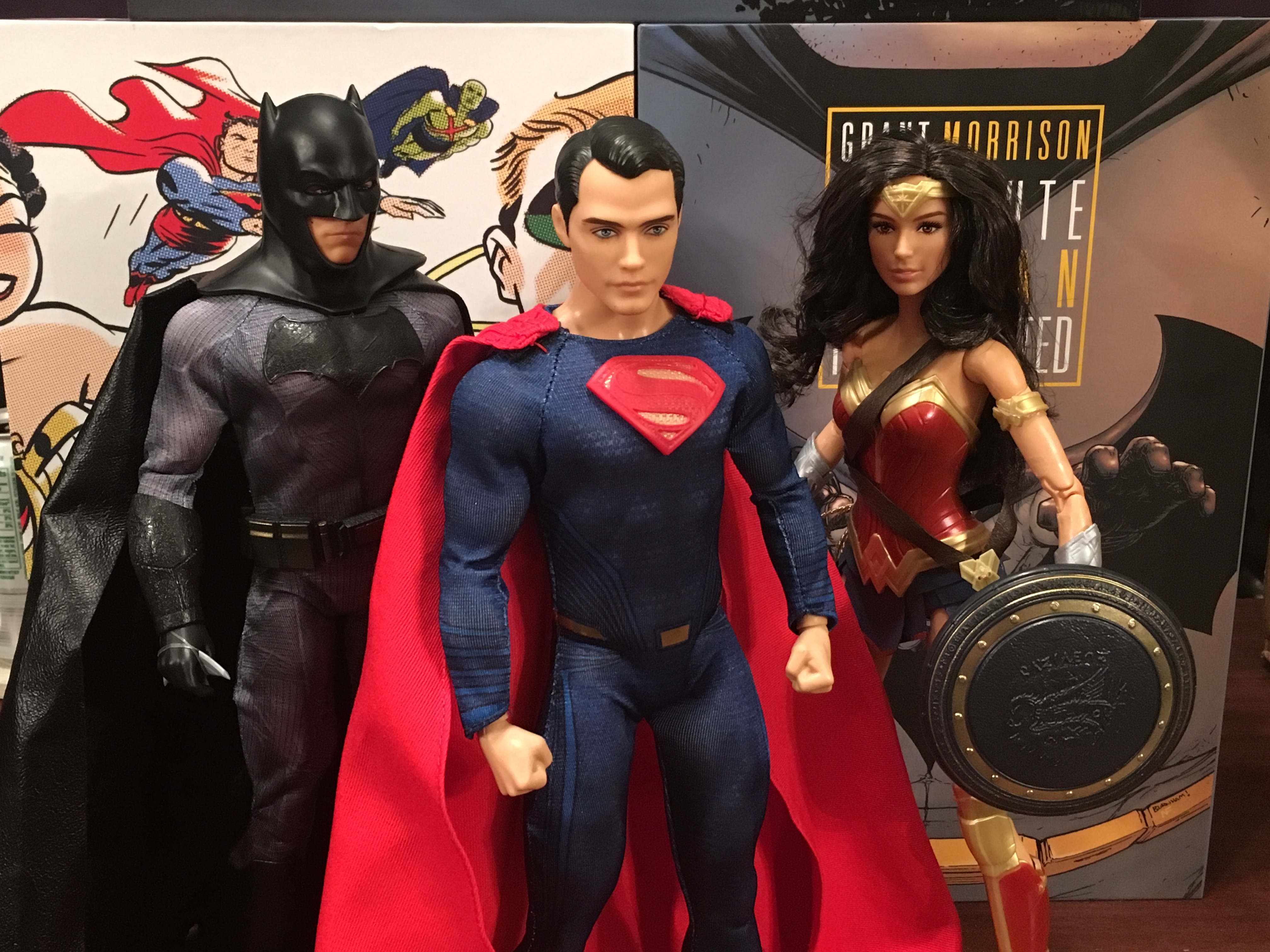 Batman, Superman and Wonder Woman — as portrayed by Ben Affleck, Henry Cavill and Gal Gadot in the forthcoming Batman v. Superman: Dawn of Justice — are popping up and will be going wide later this month, with a list price of about $45 each.

As you’ll see, these 12-inch-scale figures are worth it. They may not be as detailed as super-high-end Hot Toys figures or anything, but it’s a good trade-off when you consider that you can buy all three at about half the price of a single, typical Hot Toys figure. 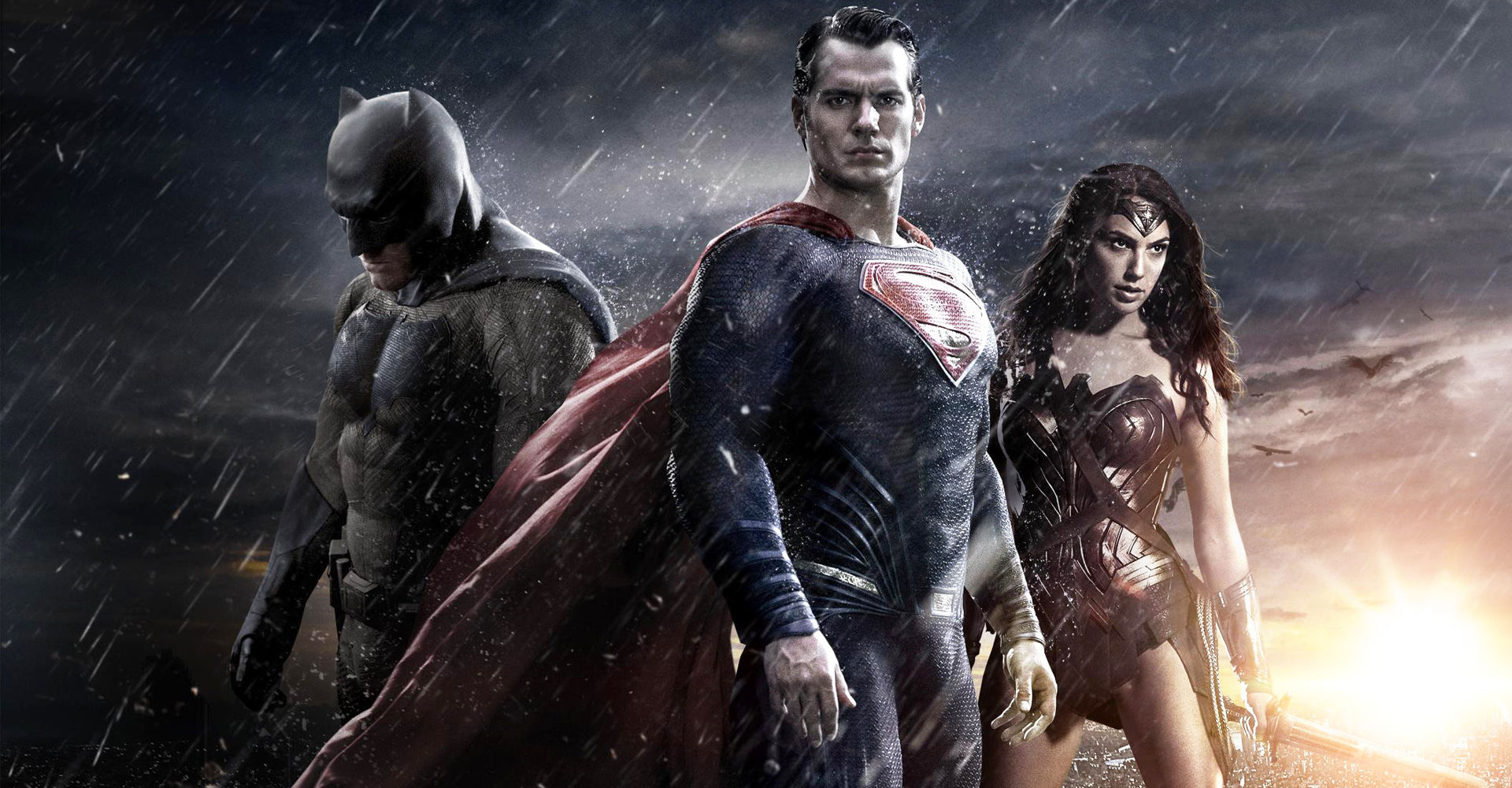 This is the best of the three, my Batbias notwithstanding. 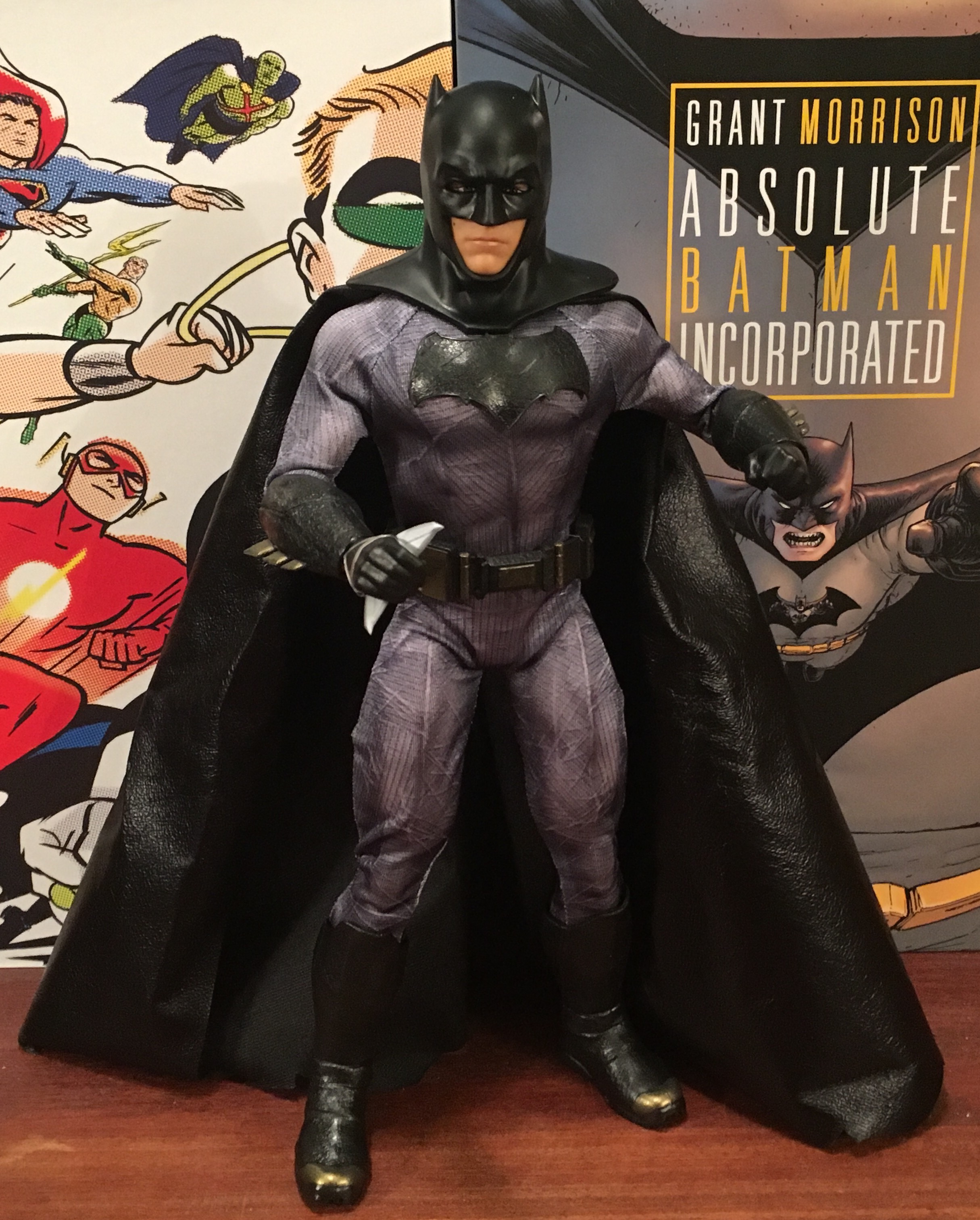 First, Batman looks so bulky and imposing that he makes it very clear that Barbie is going all in with this line. This isn’t Ken (Ken Affleck?) in a Batman outfit — it’s Batman.

The cowl, gauntlets, belt and boots are black rubber and the cape is a thick, strong pleather. The bodysuit is spandexy — unlike Affleck’s — but it’s designed to look like an armored weave. The illusion works, not just in the box but up close as well. 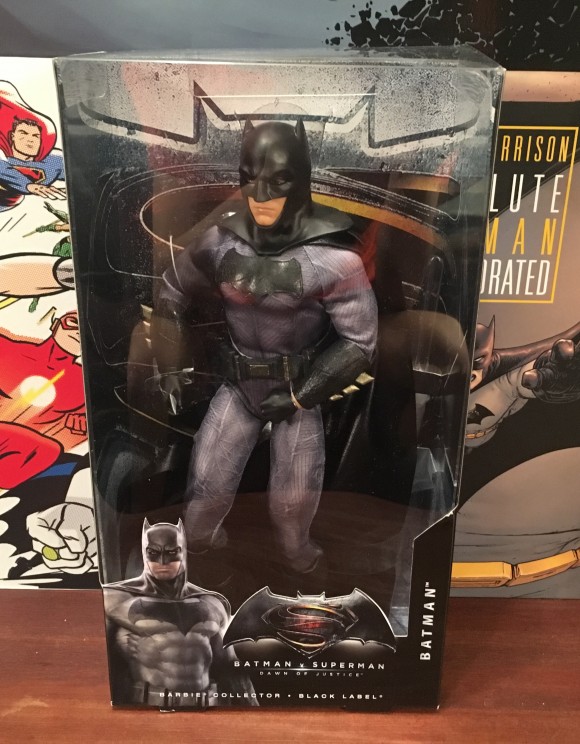 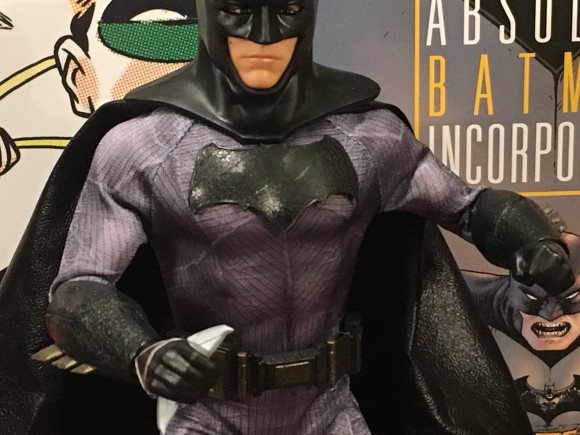 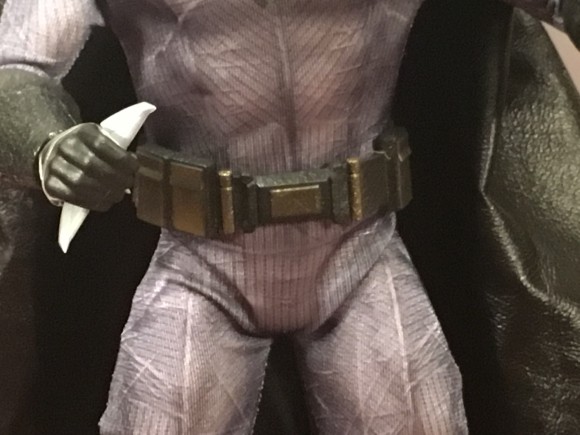 I’m an absolute sucker for a Batman figure with a removable cowl — especially when it fits well, hugging to the skull with eye slits that are properly positioned. This one features an open seam in the back so you can easily take it off to reveal … 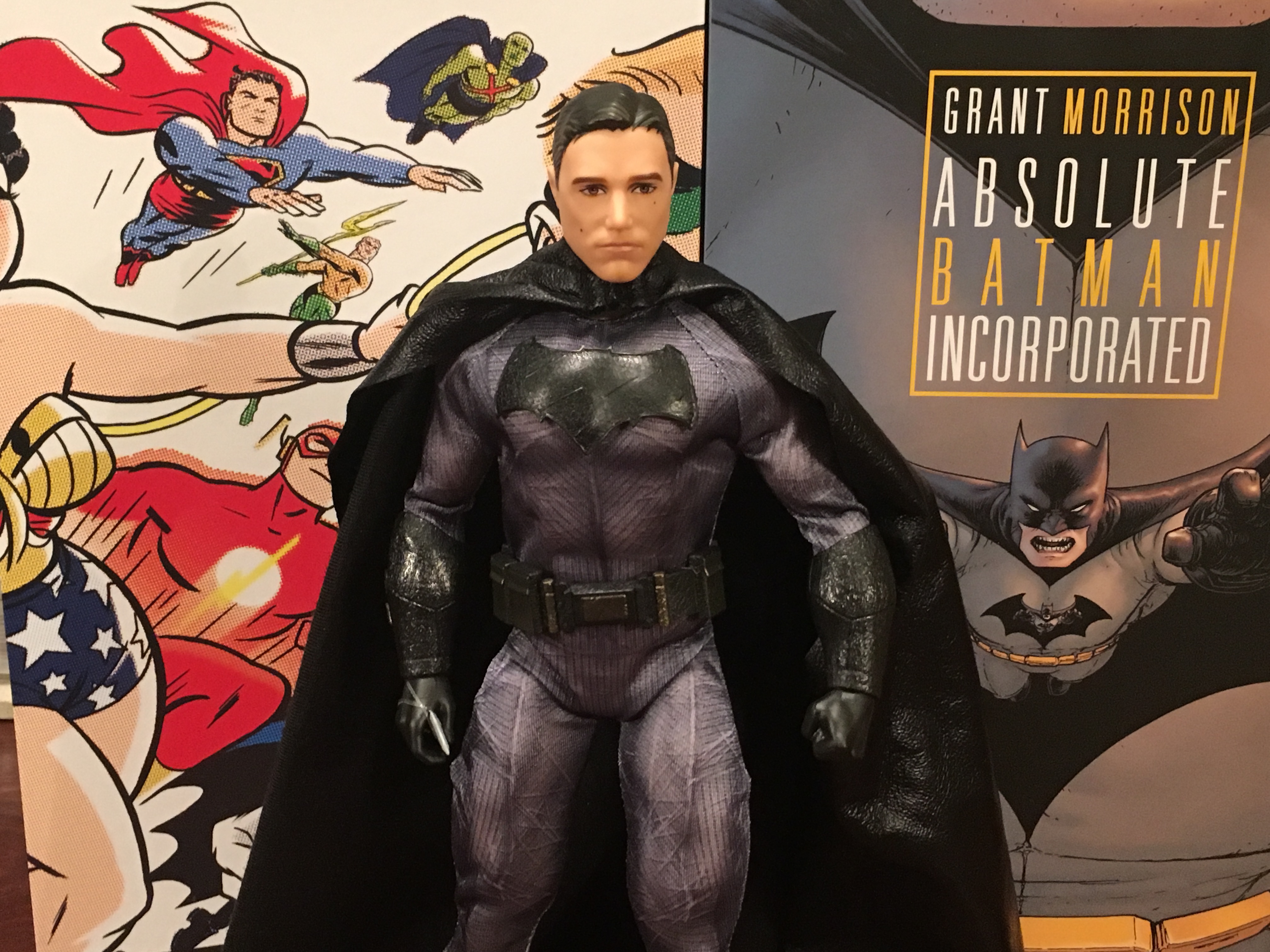 He looks like Ben Affleck. Sort of. Has the mole, though.

Barbie Superman is a little precious. Sure, he looks like easy-on-the-eyes Henry Cavill but whatever ruggedness the actor conveys is missing here. That’s a bit of a problem for your crossover collectors: The Barbie die-hards probably won’t care but your superhero traditionalists may beg off. 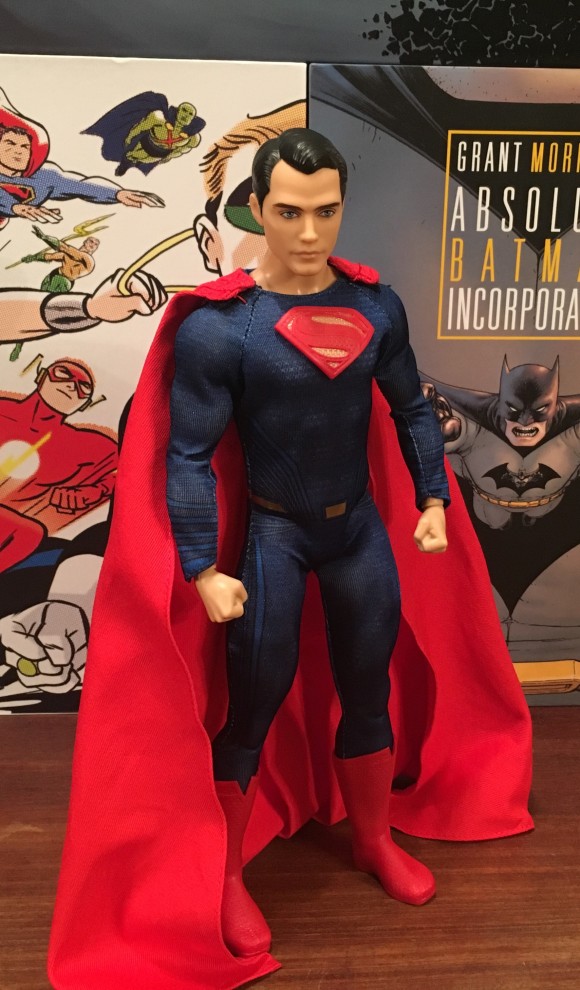 The rest of the figure features a lot of the same things I like about the Batman figure: It’s solidly built and easy to pose. The cape is thick and hangs well — an underrated aspect for any action figure — and the body suit is spandexy but designed to look like whatever Kryptonian fabric the Man of Steel’s outfit is supposed to be. 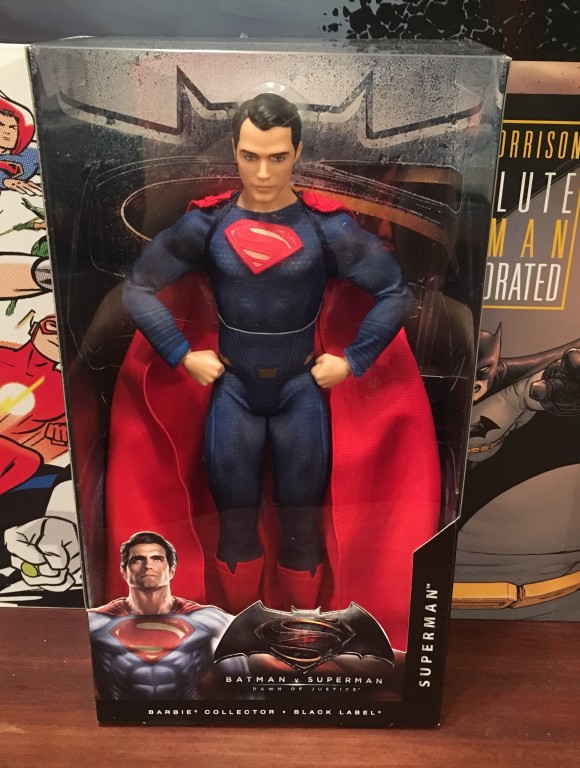 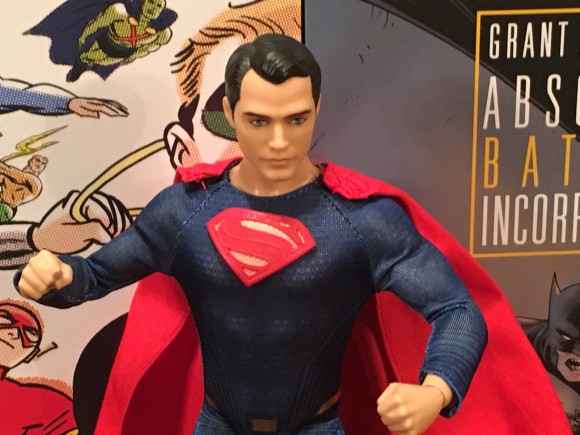 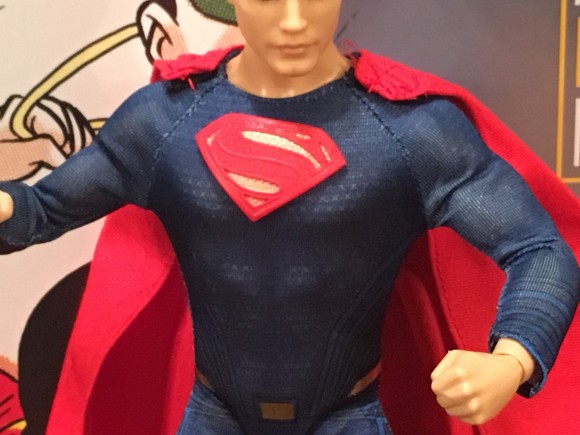 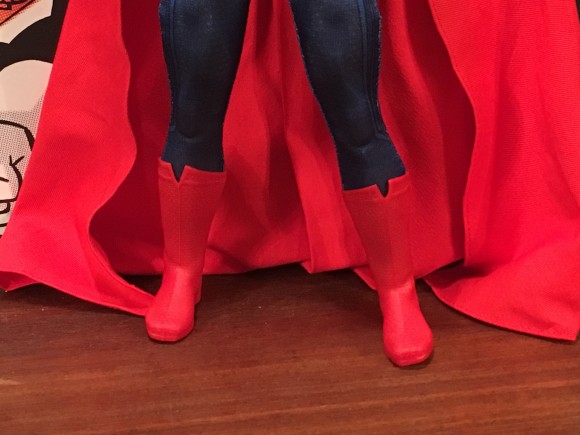 Superman betrays a bit of a quality-control issue: His crest — which, like Batman’s, is made of a separate rubber piece — is crooked on the one sent to me. When you’re dealing with figures that are about $45, these should be dead perfect, every time.

I’ve saved Gal Gadot’s Princess Diana for last because to start a Barbie review with her seemed too obvious. Either way, this is a terrific figure. 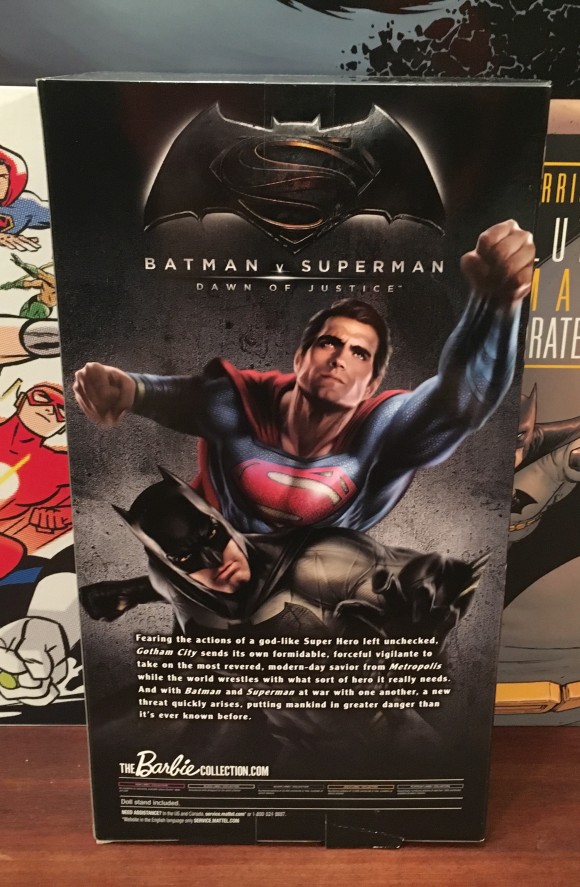 This Wonder Woman is, to quote a colleague, badass. She’s posed well in the package — actually she looks the best of the three while still inside the generic window box —  has a terrific likeness, great accessories and is quality from head to toe. I suppose none of this should be a surprise: Women are Barbie’s forte, so it would have been more noteworthy if Mattel had screwed her up. But I dig the sword and shield, the fact that she can stand on her own and her physicality. Hell, even her hair looks terrific.