The Mego Batcave is, hands down, the greatest toy I’ve ever owned. It looms large in my personal lore and I’m certainly not alone.

But the one thing I always wished it included was a Wayne Manor component because it’s the playset version of having removable cowls and secret identity figures: You need somewhere for Bruce Wayne and Dick Grayson to play four-dimensional chess, get their call from the commissioner and head to the Batcave via the Batpoles.

Kenner understood this decades ago with its Batcave Command Center, suitable for 5-inch-scale Batman figures. There was also a Wayne Manor component to 1973’s Ideal Batman playset.

But with the Mego version, you had to imagine that chair over there was Wayne Manor. Or maybe some random spot on the floor. Or a big shoebox. You get the idea. 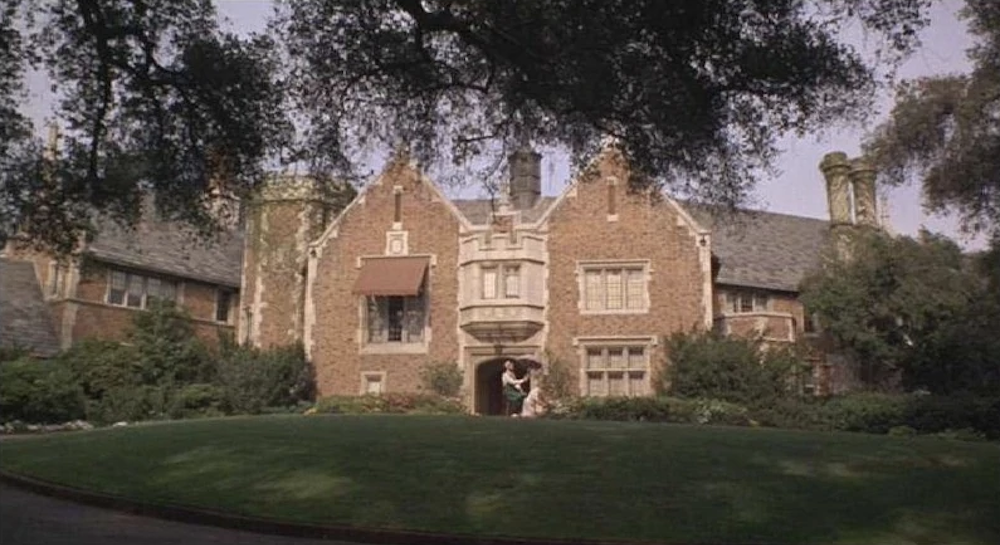 Well, guess what: Customizing king Anthony Durso of The Toyroom has produced a Stately Wayne Manor “displayset” for your Megos and Mego-like figures, filling in a decades-old void for Batfans. The set, which is available now, is based on the 1966 Batman TV series, though it also has Easter-egg nods to other Bat-eras. It even includes a sliding bookcase!

So dig this UP-CLOSE FIRST LOOK at Anthony’s latest work of toyetic art, along with his commentary: “This is a companion piece to my 1966 TV Batcave,” Anthony said. “As is normal procedure, I watched multiple episodes and screen-capped a lot of shots. Unfortunately, there wasn’t as much to work with as I originally thought there’d be. Did you know that Bruce’s study was subtly redesigned a few times, from the pilot episode to individual seasons? Sometimes there was a service entryway for Alfred, while other times it was a solid wall. The fireplace changed, from one that was just a facade to one that had some depth. The famous sliding bookcase structure/Batpole access changed too. 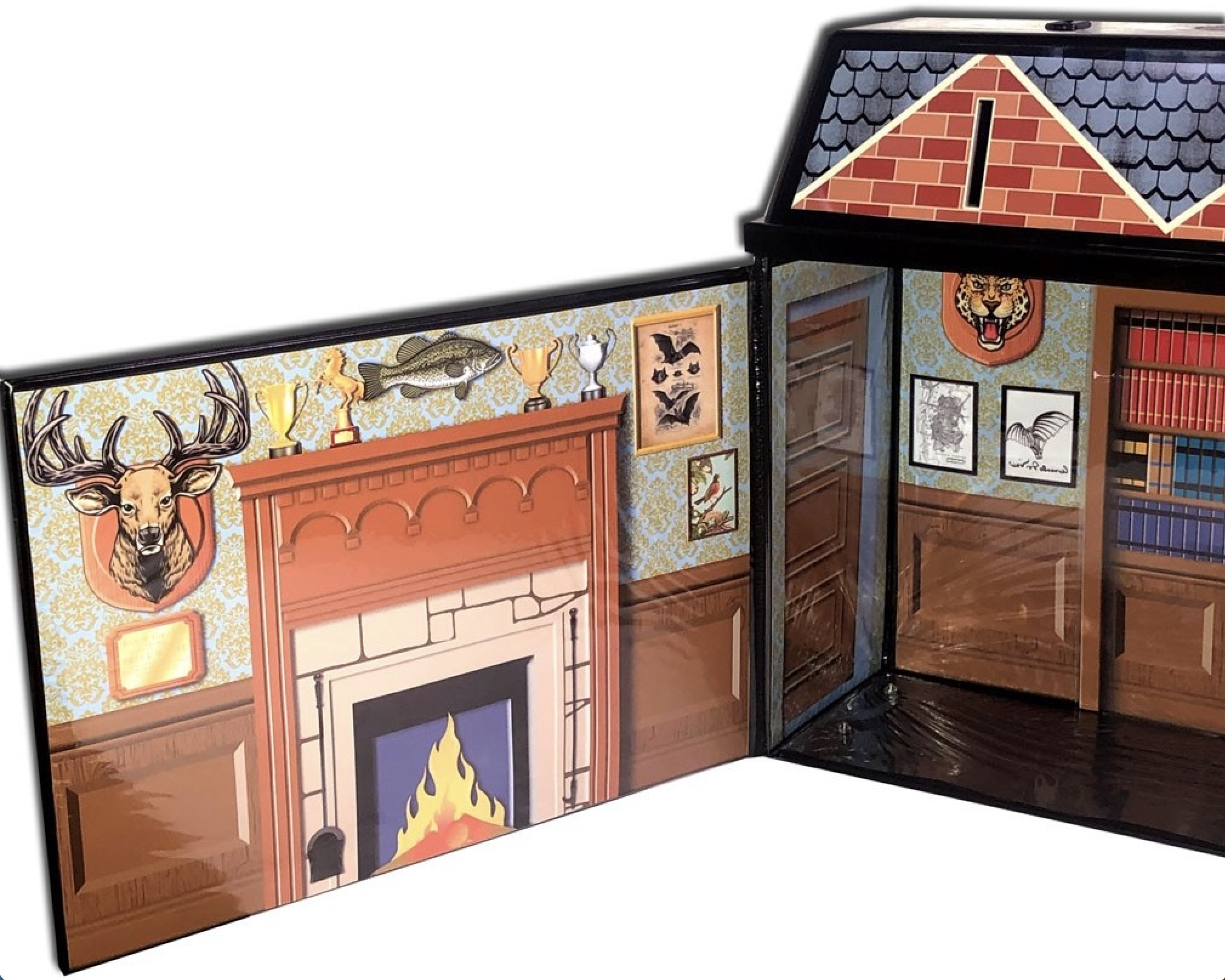 “As far as decor, besides the legendary Batphone and William Shakespeare bust, there wasn’t anything iconic,” he continued. “Certainly nothing that could be tied into the Batman mythos. It was typical millionaire playboy stuff (mounted animals and fish, fancy furniture, trophies and photos) that were probably used in a variety of 20th Century-Fox productions over the years. There wasn’t anything I could really define. 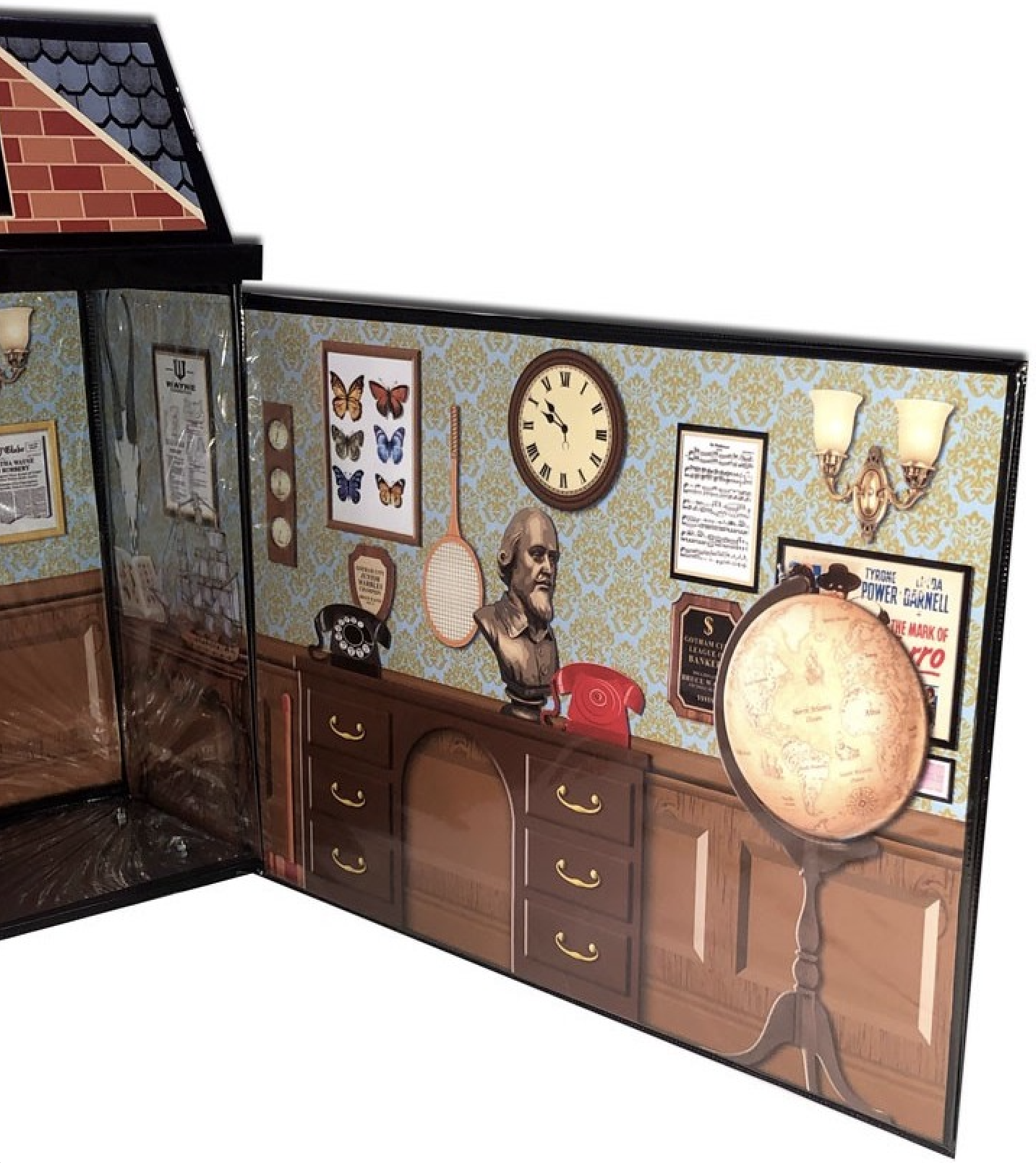 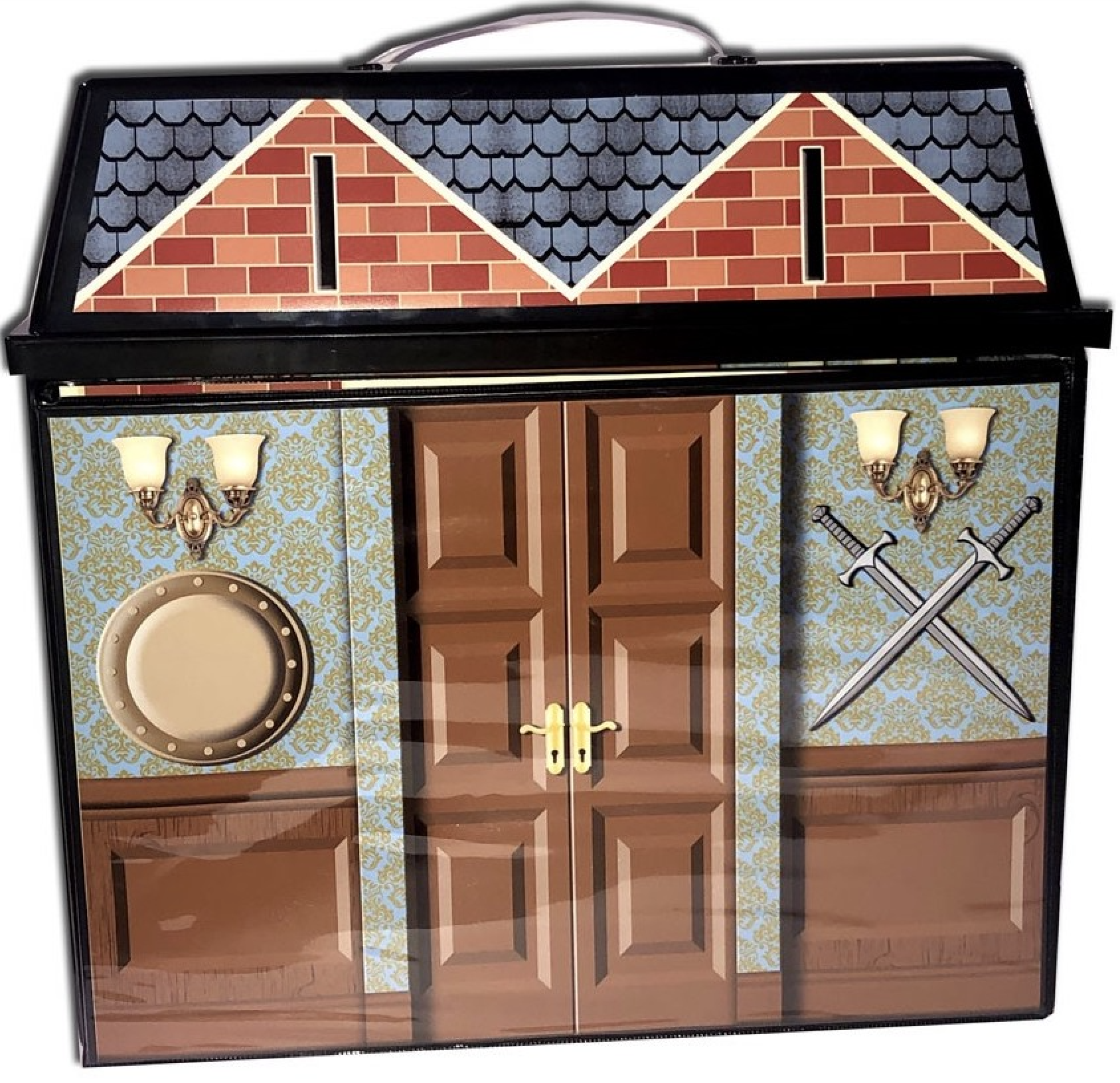 “So I used a lot of artistic license and interpretation as to what the decor COULD have been,” said Anthony, who is also a 13th Dimension contributor. So there are references to The Mark of Zorro, Leonardo DaVinci, Die Fledermaus, the Wayne murders, 10:48, and the Wayne Foundation. And there are nods to Bruce Wayne and Dick Grayson’s various hobbies (such as butterfly hunting, fishing, stamp collecting and bird watching) and Bruce’s various committees and clubs that he’s a member of. 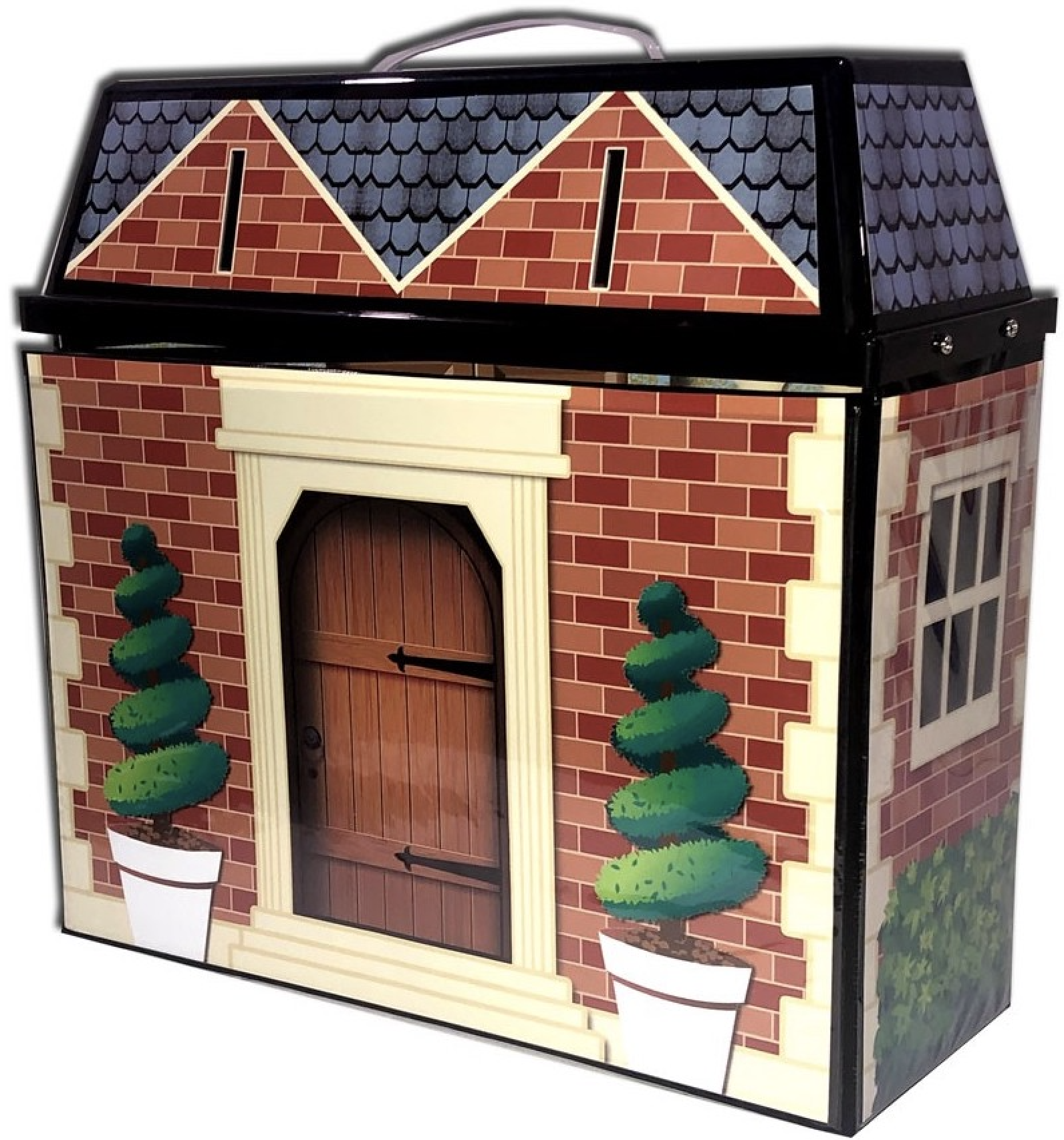 “For the exterior I originally was trying for a very faithful adaptation of stately Wayne Manor but the scope of it was too large for the actual real estate of the displayset. So I simplified it greatly and it became more toyetic, which in hindsight was probably the right direction all along,” he said.

“I had to incorporate the sliding bookcase function to reveal the Batpoles, so there’s a separate false bookcase piece that can ‘slide’ over but it’s also removable.” 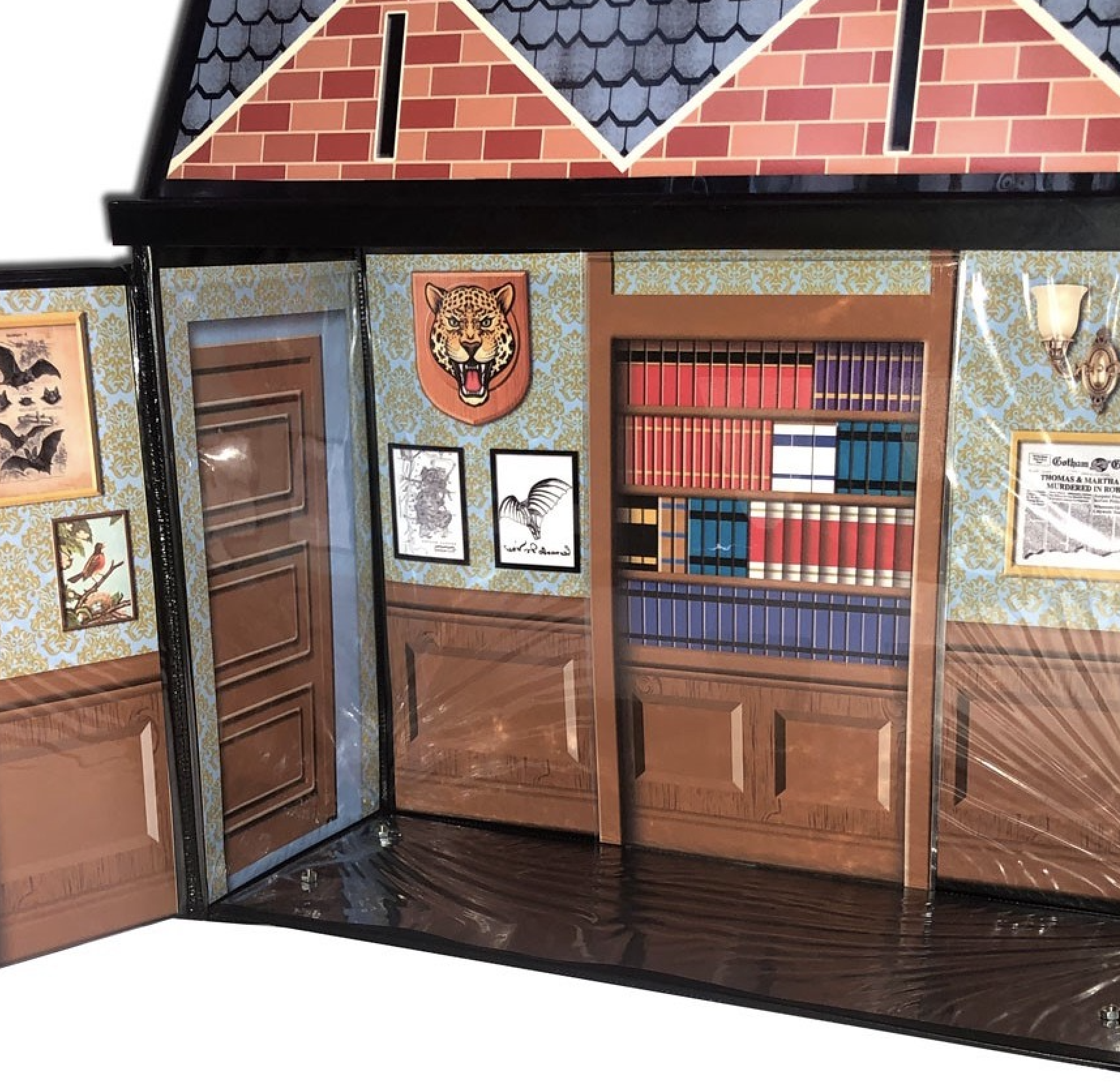 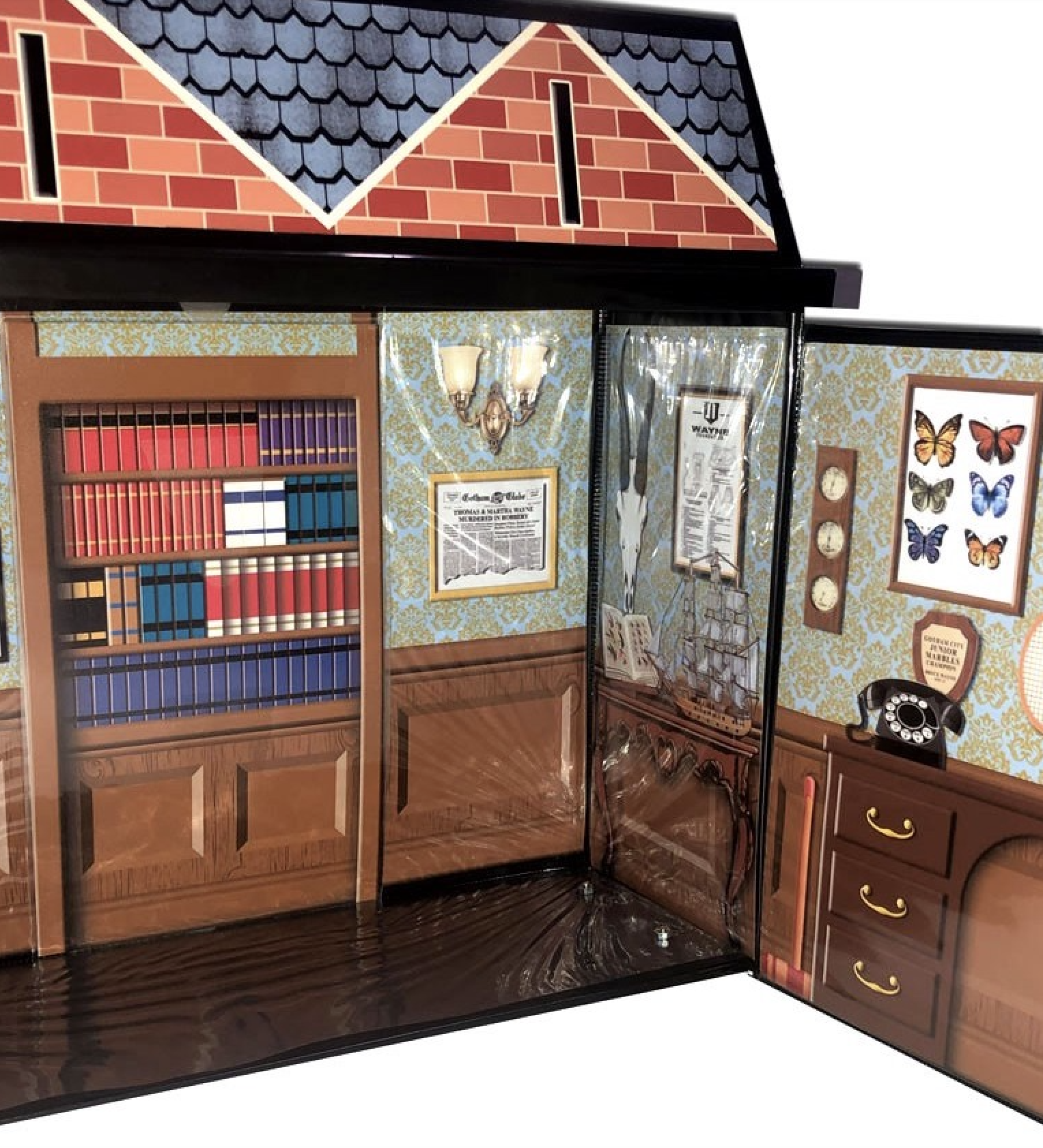 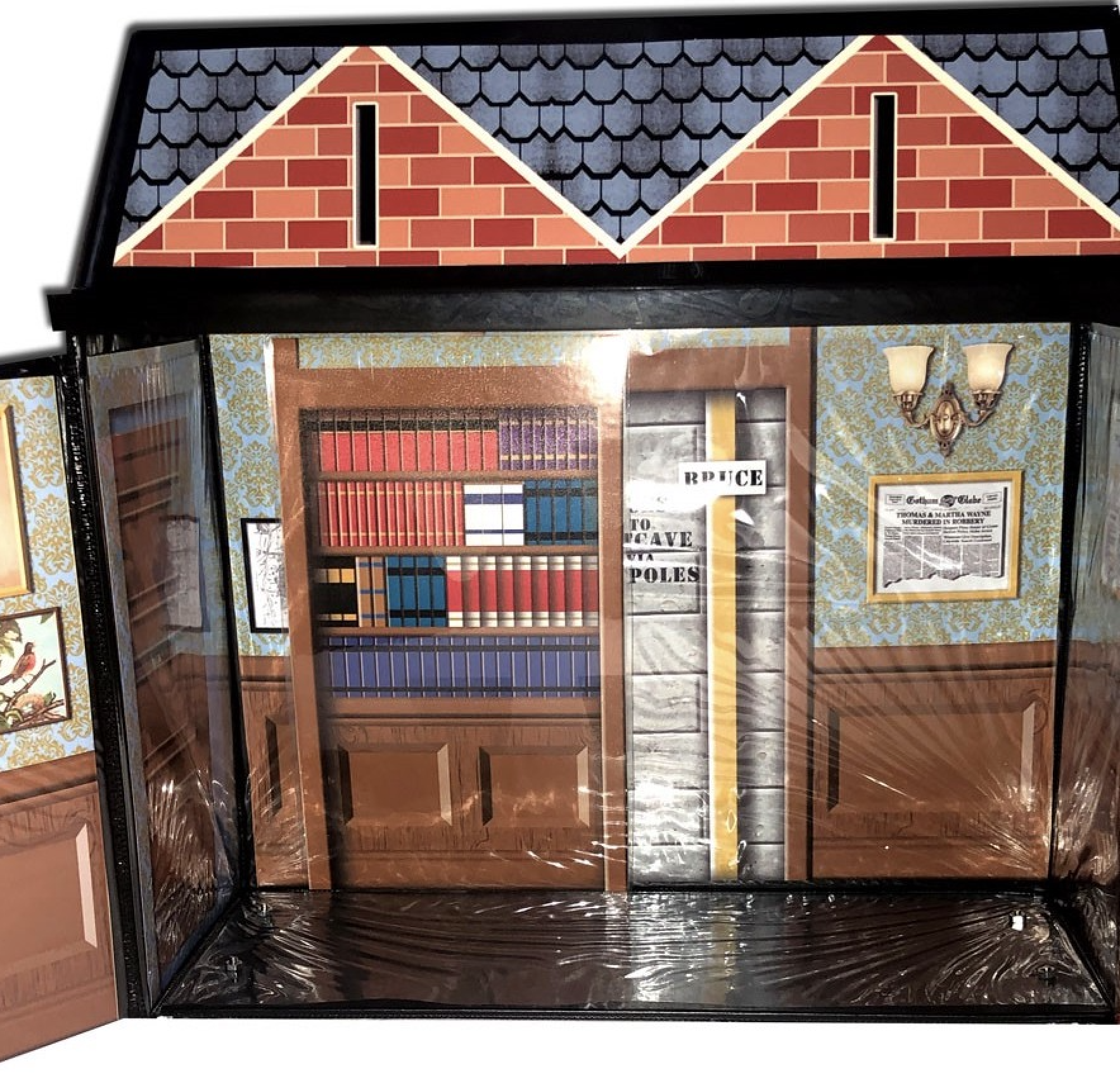 — I’ve purchased a bunch of Anthony’s displaysets — the United Underworld HQ, the Joker’s Hang Five surfing hideout and Batgirl’s Apartment and Changing Room among them — but this is the one I’ve wanted most. Wayne Manor may not be as essential to the Batman legend as the Batcave itself but it’s a huge part of it.