A selection of the cheesiest DC superhero cartoons is now available for streaming. And I mean cheesy in the best possible way.

I am a connoisseur of cultured cheese. Pop cultured cheese, that is. It’s a specific type of artisanal cheese. Cheese spelled Cheeze. Cheeze that requires two parts earnestness to one part limited ability, or if not limited ability then an attribute so successfully specific that it becomes its own lacticoccal strain. Cheeze is fine on its own but it naturally pairs well with a thick slice of hamminess.

William Shatner is the Zeus on the Olympus of Cheeze. Herb Alpert, the Apollo. Rocky Aoki, its Hephaestus. Celebrate they do with Dionysus’ fondue pot. A fondue pot filled with Cheeze.

And so it was in the mid-1960s that the Cheeze whizzes at Filmation brought us Aquaman, swift and powerful monarch of the ocean, and Superman, more powerful than a locomotive but not the occasional bout of cultural insensitivity or bizarre moments of homoerotic confrontation with powered-up villains who hold the Man of Steel’s head down while yelling, “Give it to me!!” 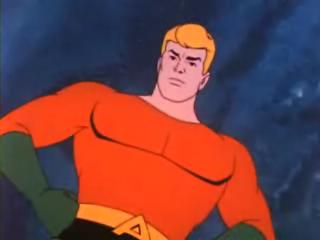 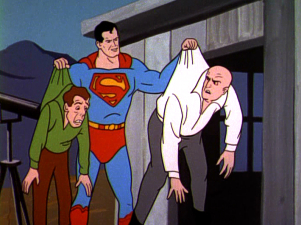 But that’s not all! There were also shorts featuring the Atom, the Flash, Green Lantern, Hawkman, the Justice League of America and the Teen Titans. And, eventually, a Batman series, of course.

The home-video release histories of these cartoons have been spotty, at best. Some of the shows have been on disc already, some have been on iTunes, some haven’t been released yet. But it looks like Warner Brothers is intent on definitively emptying the vault now — with a veritable Justice League satellite full of episodes now being made available via streaming at the Warner Archive Instant pay service, and new discs set to come out this year.

So, now at WAI, for instance, you can get a broad selection of episodes from The New Adventures of Superman — with the rarely seen segments starring Superboy and Krypto that have long been stuck in a legal Phantom Zone. It doesn’t appear that the adventures of the Boy of Steel will be out on disc just yet, but who knows? 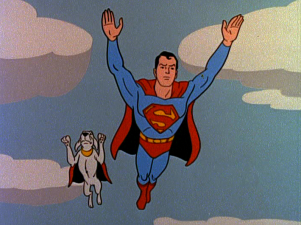 Also now available at WAI is the version of the Batman cartoon that came out in the ’70s, about a decade after the original Filmation Bat-run. And next month, you’ll be able to — fittingly — stream Aquaman, King of the Seven Seas.

The Superman episodes are vintage Silver Age. In the earlier episodes (also already on disc), you get fat Lex, pillbox-hat Lois and not one but two teenage sidekicks, Jimmy Olsen and Beanie Martin, a refugee from the old radio serials. You get a proto version of the Parasite, otherworldly creatures and a spectacularly poorly animated alien called the Iron Eater. I can’t wait to settle in for the later Superman eps, with the full seasons 2 and 3 scheduled for a disc release. 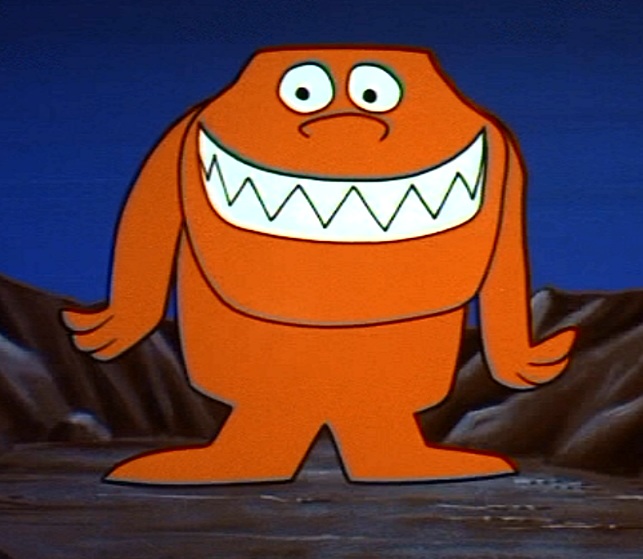 The Iron Eater. Best villain ever.

The Aquaman episodes are a little looser and less wooden than the button-down Superman adventures. The animation’s a little slicker, Aqualad’s not the helpless sap you think he is, Mera shows up, the Aquacave is cool, and the giant sea horses Storm and Imp are strong and loyal and make neat sounds. And Tusky the walrus is the only anthopomorphized pet I’ve ever liked in an old-school superhero cartoon. (Suck it, Gleek.) 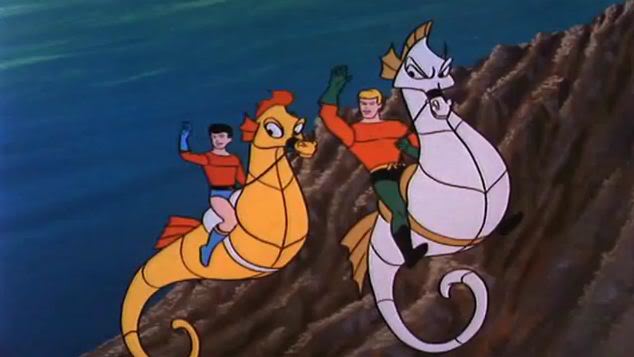 And suck it, Bat-Mite, who’s so obnoxious and intrusive, he renders the 1977 “The New Adventures of Batman” effectively unwatchable. Which is too bad, because instead of Olan Soule and Casey Kasem as the Dynamic Duo (who were great in their own right, mind you), you got Adam West and Burt Ward as Batman and Robin. And a surprisingly nifty Catwoman to boot.

This series is for the OCD completists only or those with such a nostalgic fondness for this iteration of the series they’ll suffer through the Bat-Mite awfulness. (For good Bat-Mite, dig up a copy of Detective Comics #482 or watch his appearances in Batman: Brave and the Bold, which are wildly inventive and entertaining, even if I strongly dislike Paul Reubens’ vocal performance.) 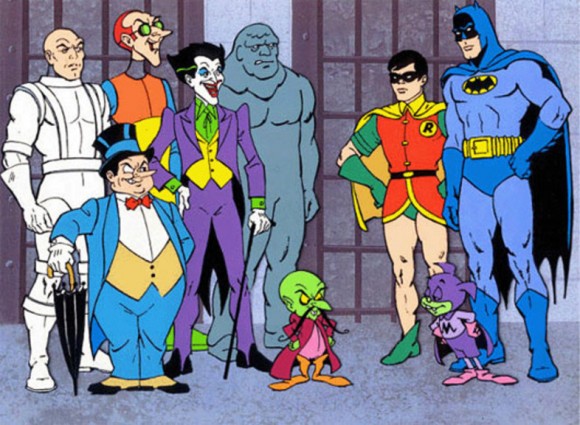 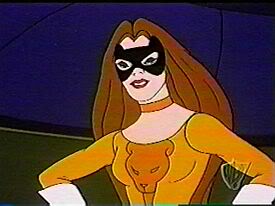 Better to wait for the first-ever disc release of the 1968 Batman Filmation set, due out as early as next month, or hit up iTunes. These episodes are like a de facto fourth season of the campy live-action TV series but are simultaneously somehow more serious yet sillier than William Dozier’s brainchild.

But I’m getting ahead of myself.

We’ve seen several of these shows’ releases on disc and for download already, but streaming them is yet another move to breathe new life into these endearingly hokey and frequently unintentionally hilarious bits of Silver Age gold. Or if not gold, certainly pyrite.

Pyrite dinnerware on which to enjoy the Cheeze.