VIDEO: A Character DC NEEDS to Bring Into the New 52

Home » COMICS HISTORY » VIDEO: A Character DC NEEDS to Bring Into the New 52

If Jimmy Olsen weren’t around, who would be “Superman’s Pal”?

Though this would never be a problem in the comics, it was certainly a problem on Superman’s radio show back in the ’40s. Since the voice of Jimmy wasn’t always available, they needed to create a character who would fill Jimmy’s shoes.

Their solution: Beanie Martin, the copy boy of the Daily Planet.

Now, Beanie is arguably the most obscure character in the Superman universe — but his time has come for a return, a comeback!

And so begins our campaign to bring Beanie Martin to the New 52.

Once the Superman radio show ended, Beanie more or less disappeared. But he would make a brief resurgence in the 1960s. In 1966, Filmation’s Superman cartoon featured both Jimmy and Beanie, of course, makes absolutely no sense: What was the point of having both?

And, he was a blithering idiot, with a squawking, grating voice. He also looked like Wil Wheaton circa the Wesley Crusher Years. 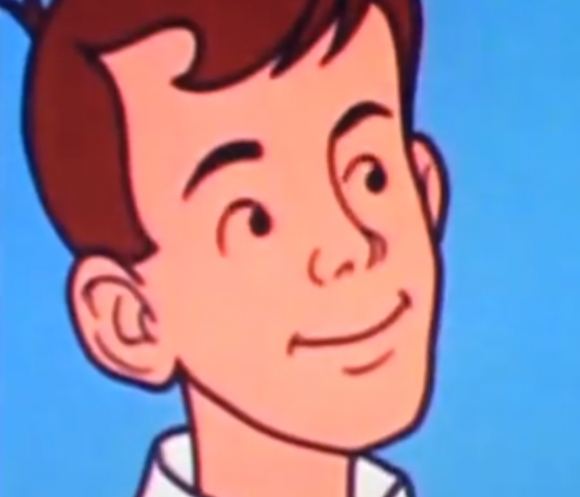 Beanie only appeared in two episodes among those available on video — “The Tree Man of Arbora” and “Neolithic Nightmare” — and now he’s a completely forgotten part of Superman history.

What an injustice! He deserves recognition! He should be a back-up feature in Action Comics! Or Superman! Or both!