Plus the first look at Superman, Aquaman and Shazam!

Marvel and EMCE got some attention when they announced their new line this week, starting with Spider-Man.

But the folks at Figures Toy Company, which just this month showed off an enormous array of DC figures they have planned, has upped the ante today with replicas of the Fist-Fighting Mego figures from the mid-’70s. But it’s more than that. They’re doing it under the Super Powers banner, linking together two fan-favorite lines. Aaaaand, we get our first looks at their spot-on reproductions of Superman, Aquaman and Shazam! (We’ve seen GA.) Back in the day, I had the Fist-Fighting Batman. I guess I’ll be getting him again! 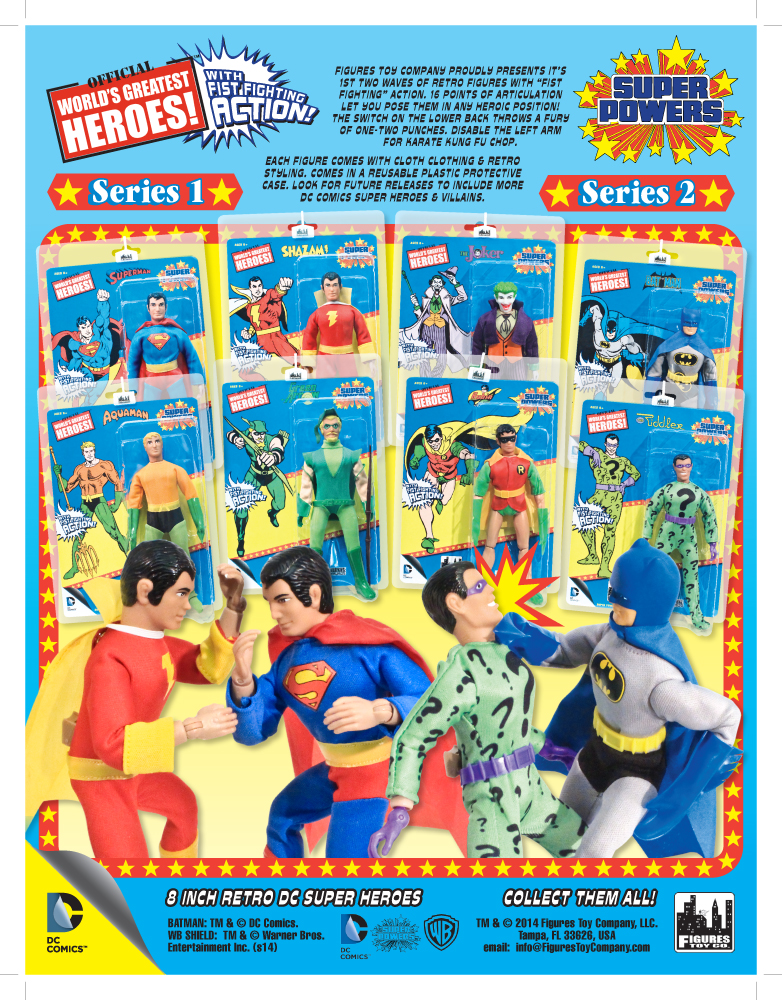