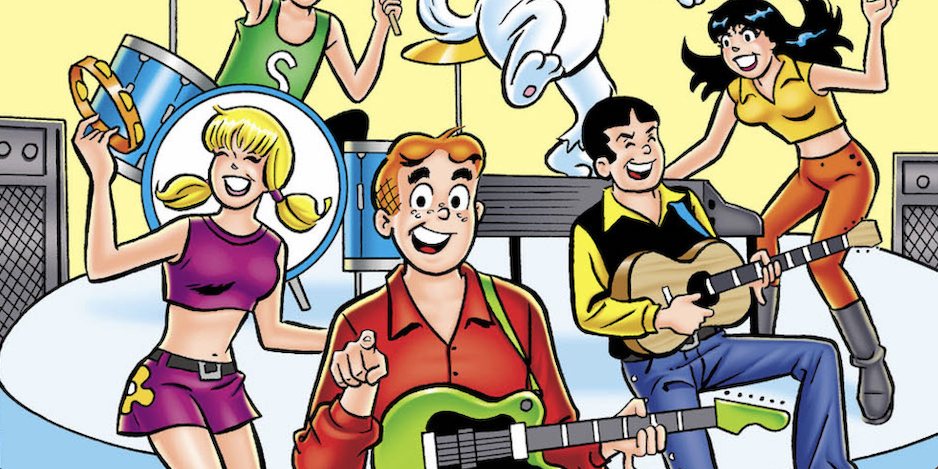 The Archies are celebrating their 55th anniversary in 2022 — the Riverdale band’s first appearance was in 1967’s Life With Archie #60 — and the hip cats at Archie Comics have a special coming your way in April: The Archies Anniversary Spectacular #1.

Dig the official solicitation info, which will be formally released soon: 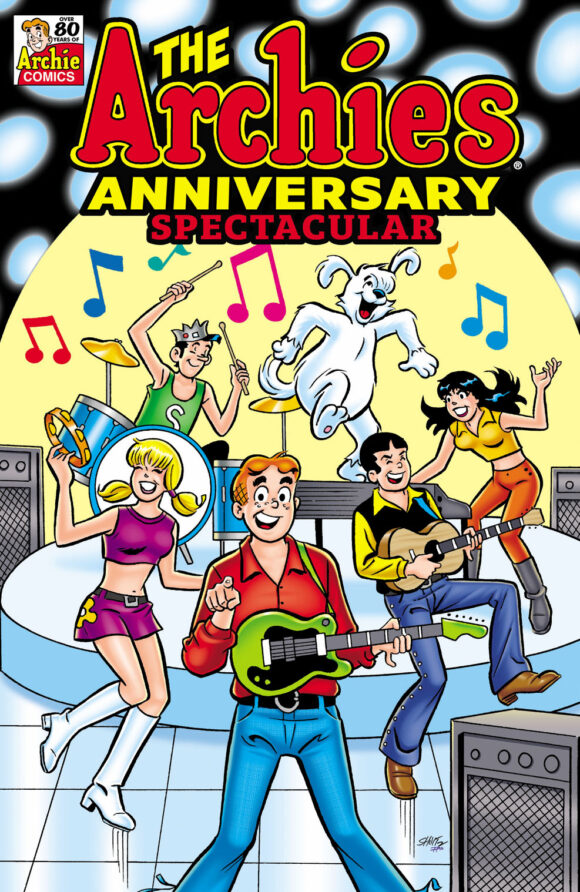 We’re celebrating THE ARCHIES 55th anniversary with this special issue honoring their musical mayhem—featuring a BRAND NEW STORY! In “Sound Off!” The Archies are looking for a place to practice after their loud music forced Mr. Andrews to kick them out of his garage. Where will they go next to rehearse? PLUS: a sampling of some of the best classic and modern classic stories featuring the musical supergroup!

— I can’t do a story like this without including this video:

— As you almost certainly know, the Archies were featured on Filmation’s The Archie Show, which ran from late 1968 to early 1969 on Saturday mornings on CBS. (Other Archie shows followed for years.)

— Dig the cover of the Archies’ first appearance, pencilled by Bob White and inked by Jon D’Agostino. The ish is cover-dated April 1967 — and the band’s debut will be included in the new one-shot. Far out! 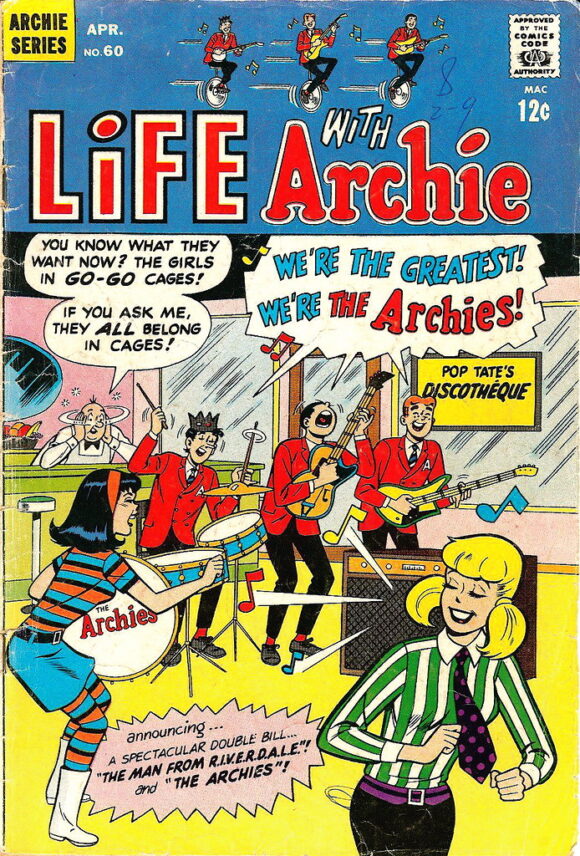 — INSIDE LOOK: Lou Scheimer, Ron Dante and the Birth of THE ARCHIES. Click here.