EXCLUSIVE: STAR WARS #1 to Be Re-Released as Facsimile Edition 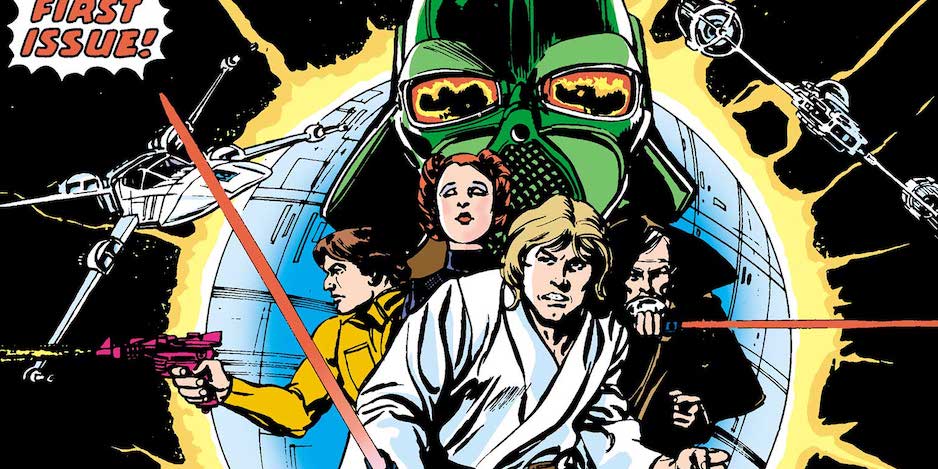 The primary Star Wars saga comes to a close this December with the release of The Rise of Skywalker — and to celebrate, Marvel is turning back the clock all the way to the beginning with the Star Wars #1 Facsimile Edition.

The publisher is also going to be releasing a set of True Believers dollar reprints and you can click here to read more about those titles, which include a bevy of stories from the original comics series.

(Facsimile Editions are notable for including all the original ads and whatnot, while True Believers issues typically just contain stories.)

But back to the Star Wars #1 Facsimile Edition, which is like a comic-book time capsule from 1977.

Dig the official solicitation info, which will be formally released soon by Marvel:

STAR WARS #1 FACSIMILE EDITION
Written by ROY THOMAS
Penciled by HOWARD CHAYKIN
Cover by HOWARD CHAYKIN
Months before the first Star Wars movie had even arrived in theaters, Marvel Comics’ STAR WARS #1 hit the stands, and introduced eager readers to a galaxy far, far away! Its cover asked: “Luke Skywalker: Will he save the galaxy or destroy it?” – and inside, readers eager to know the answer joined Luke on the first, fateful steps of his epic journey from the deserts of Tatooine to the very heart of the Rebellion! This opening chapter of Marvel’s adaptation of George Lucas’ cinematic masterpiece features the debuts of some of the most beloved characters in cinematic history – including Princess Leia, R2-D2, C-3PO, and of course, the ruthless enforcer of the Galactic Empire, Darth Vader! It’s one of the all-time great Marvel comic books, boldly re-presented in its original form, ads and all! Reprinting STAR WARS (1977) #1.
32 PGS./Rated T …$3.99

A lot of people forget that Star Wars #1 actually predated the movie by several weeks, giving fans something of a sneak preview of the landmark space opera.

And getting a nice copy of an original can cost you a lot of credits, so picking up a Facsimile Edition for a mere $3.99 is pretty wizard. (Oops. Sorry.)