EXCLUSIVE PREVIEW: ‘The Mucker’ from Ron Marz and Lee Moder

In a comics biz where everything old is usually new again, we get fresh eyes on a really obscure Edgar Rice Burroughs character, The Mucker.

Comics vets Ron Marz and Lee Moder are bringing back Burrough’s Chicago-based tough guy at the official Burroughs site, which has been publishing subscription-only, weekly, Sunday-style comic strips like Tarzan (by Roy Thomas and Tom Grindberg channeling Joe Kubert) and The Land That Time Forgot by Martin Powell and Pablo Marcos (plus many others).

So, we’ve got Marz with us today to talk about The Mucker — as well as some EXCLUSIVE Moder artwork-in-progress.

Take it from the top, Ron: Tell me all about The Mucker and how the project came about. How and why were you drawn to this subject, specifically, besides being a Burroughs fan?

Ron Marz: The genesis was really my friend, the artist Joe Jusko, introducing me to Jim Sullos of Edgar Rice Burroughs Inc., a few years ago at the San Diego convention. Jim and I stayed in touch, and the notion of me writing some weekly strips for the Burroughs site grew out of that.

The Mucker was one of the strips that was still available, and I was attracted to the idea of a real pulp-era adventure. Another big factor was Lee Moder’s interest in drawing a period story, because I knew he could bring this era to convincing life. And honestly, I liked the fact that The Mucker is so different from a lot of the other Burroughs protagonists. John Carter and Tarzan are really paragons of courage and honor, while Billy Byrne is more of a scoundrel. 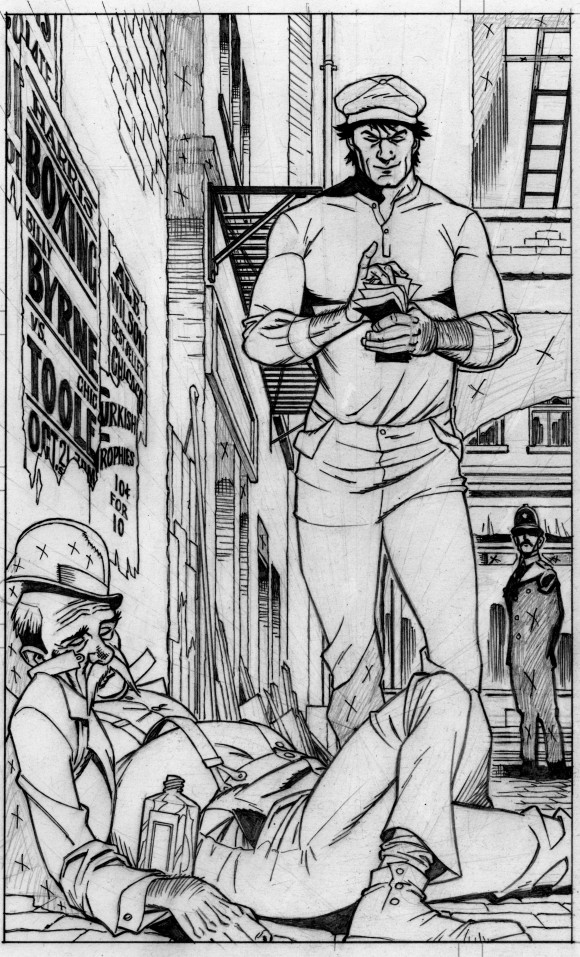 A lot of fans are not familiar with The Mucker. He’s a pretty obscure character. Tell us what we need to know about him.

Well, as I said, he’s very much an atypical Burroughs hero. Billy Byrne is a thug and a street brawler, pretty rough around the edges. Most of the other Burroughs heroes start out as men of honor already, while Billy has more of a heroic journey. He starts out as a member of a street gang in Chicago, and ends up having adventures in the Far East as well as Mexico. I think Indiana Jones fans might see something familiar in Billy Byrne. 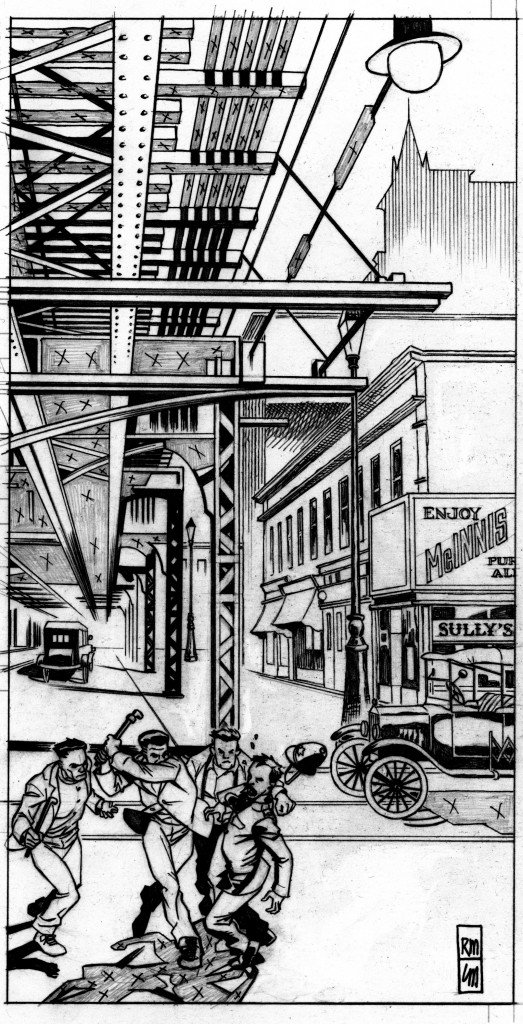 What’s the challenge of working on a licensed character like this? What limitations do you have to consider?

It’s truthfully no different than working on characters in the Marvel or DC universes, or a licensed property like Star Wars. The job is really the same in any of those venues. You stay true to what makes the characters work, and you work within the parameters you’re given to tell the best story you can tell. In the case of The Mucker, we’re adapting the prose novels, so we’re obviously sticking very close to the source material.

What are some of your favorite Burroughs stories?

Certainly Tarzan and the John Carter stories are at the top of my pantheon. Both of those series were hugely influential on me growing up, and big factors in me wanting to become a writer. In those magical years between the ages of maybe 10 and 13 or 14 years old, I read virtually everything Edgar Rice Burroughs wrote. I’ve got affection for all of it, the “Earth’s Core” stories, “The Land That Time Forgot,” the historical stuff like “The Outlaw of Torn.” It was all adventure, and I devoured everything. 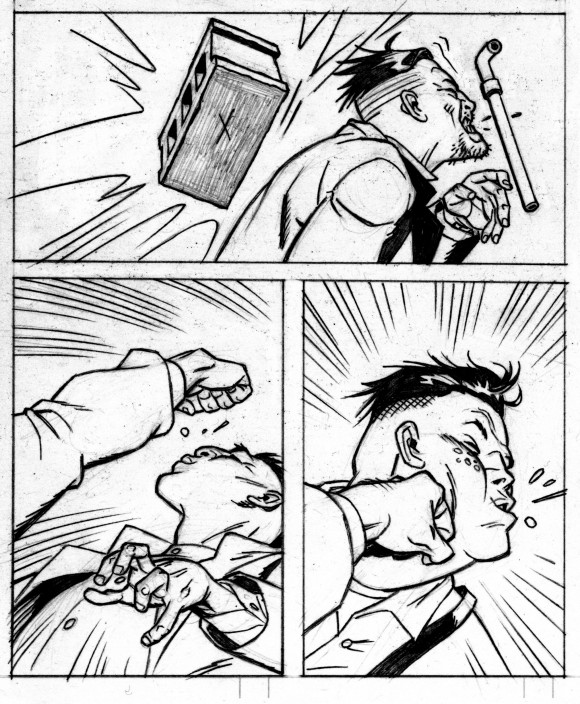 You’re probably best known as a writer of comic books. This is entirely different. Tell us how you approach writing in this style, as opposed to writing 20-22 pages.

There’s certainly less space, so you can’t be too precious with the dialogue or the visuals. There’s no space to be wasted on decompression, which I think is a good thing. Since it’s one page a week, you have to make that one page a satisfying unit unto itself, which you don’t necessarily have to do in a standard comic page. Every page has to move the story along, as well as end with some sort of hook to bring the reader back next week. It’s not completely different, because every page in a comic should have a purpose and a page-turn moment. But this is more compact in terms of what you need to put on each page. Same menu, different flavor.