EXCLUSIVE Preview: THE ART OF THE PULPS

Home » PREVIEWS » EXCLUSIVE Preview: THE ART OF THE PULPS

Before comic books, there were the pulps…

The pulps’ influence on comics has been well documented, so it’s no wonder that a publisher that’s as history-minded as IDW would release an art book focusing on the lurid and fantastical magazines of yore. The Art of the Pulps is out 10/25 and features hundreds of full-color reproductions of pulp covers and interiors, as well as a series of essays edited by Doug Ellis, Ed Hulse and Robert Weinberg.

Here’s the official blurb: “A team of experts in each of the 10 major Pulp genres, from action Pulps to spicy Pulps and more, chart for the first time the complete history of Pulp magazines—the stories and their writers, the graphics and their artists, and, of course, the publishers, their market, and readers. Each chapter in the book, which is illustrated with more than 400 examples of the best Pulp graphics (many from the Editors’ collections—among the world’s largest) is organized in a clear and accessible way, starting with an introductory overview of the genre, followed by a selection of the best covers and interior graphics, organized chronologically through the chapter.”

Here’s an EXCLUSIVE PREVIEW of the hardcover, which lists for $39.99: 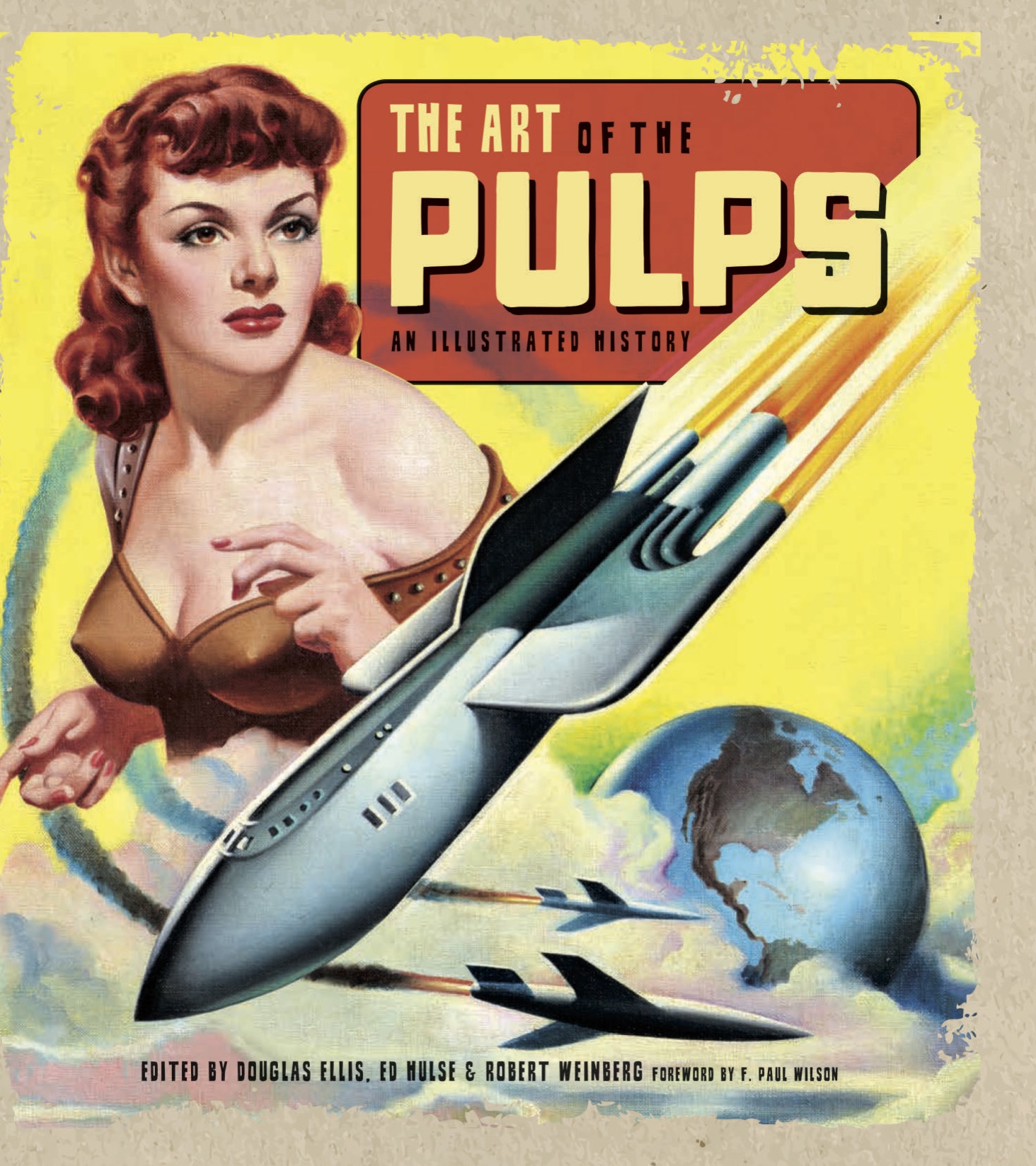 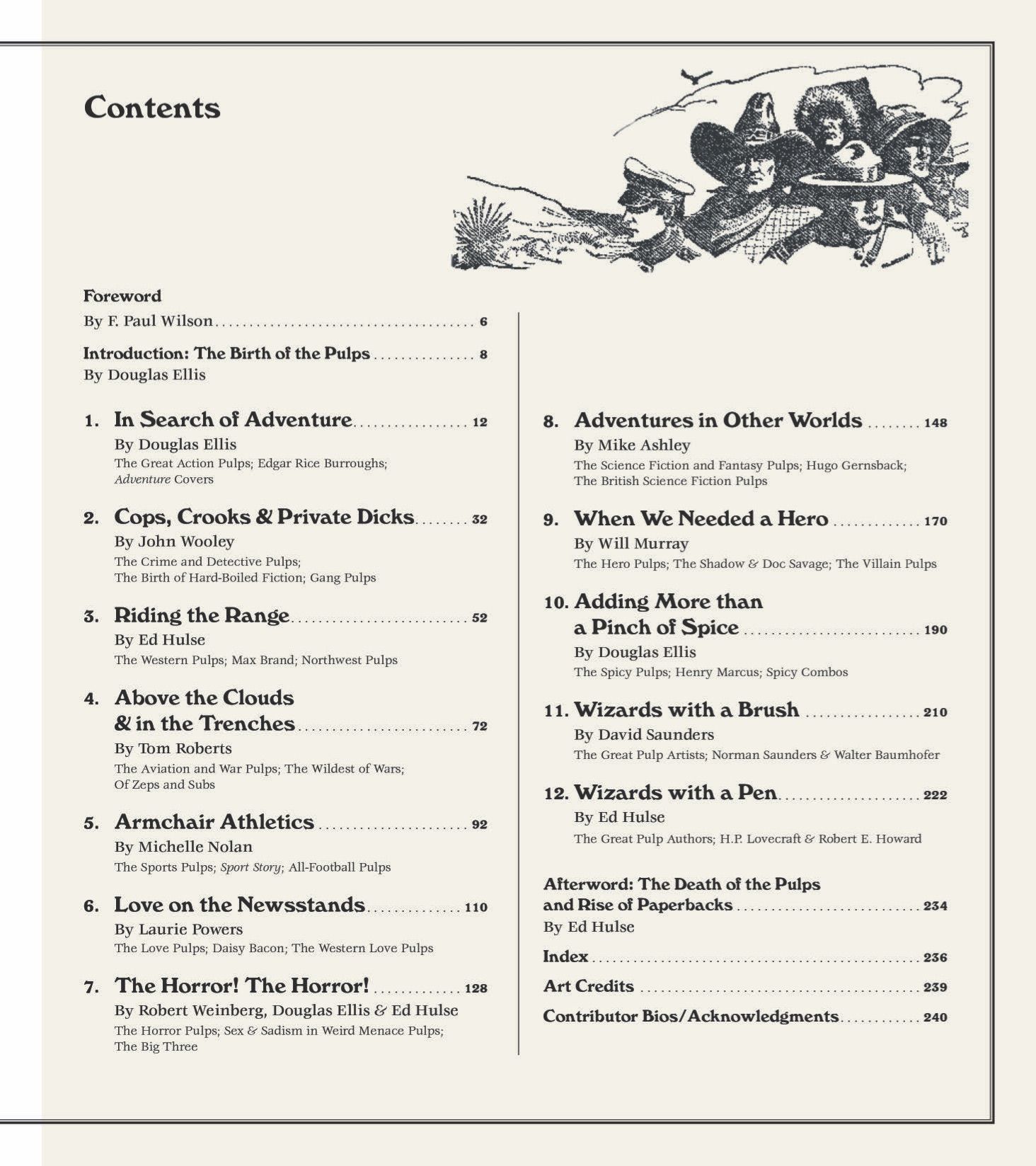 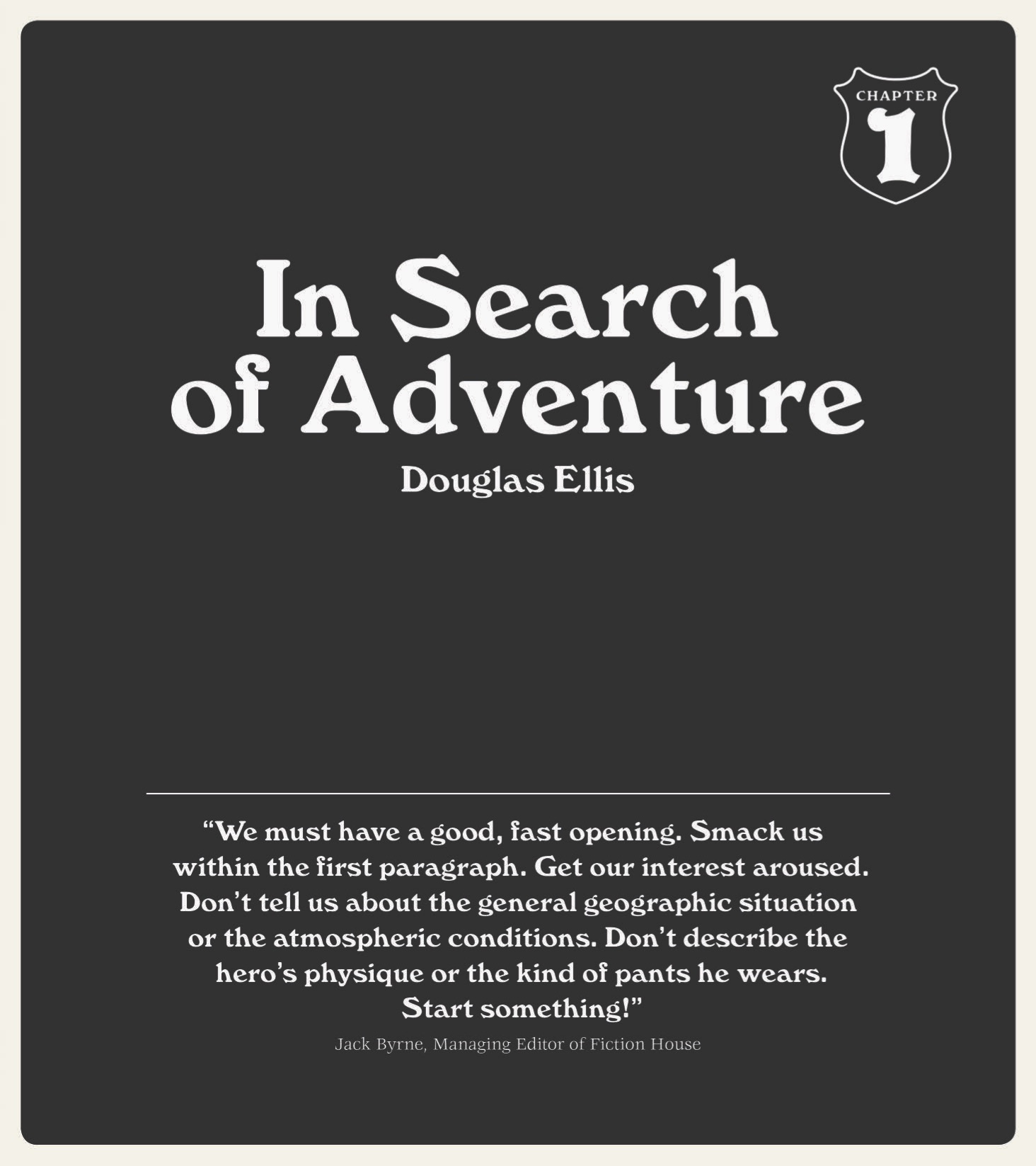 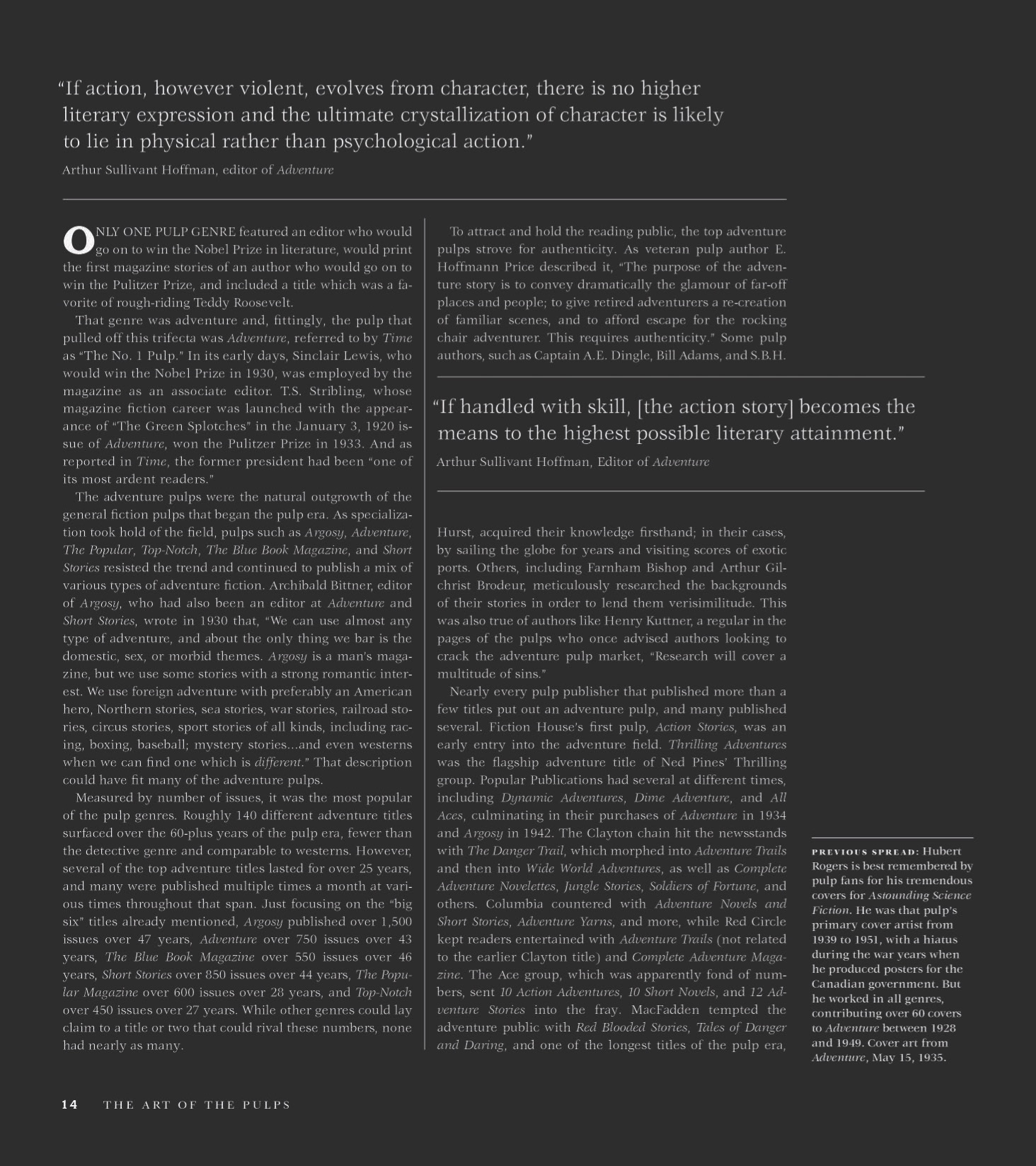 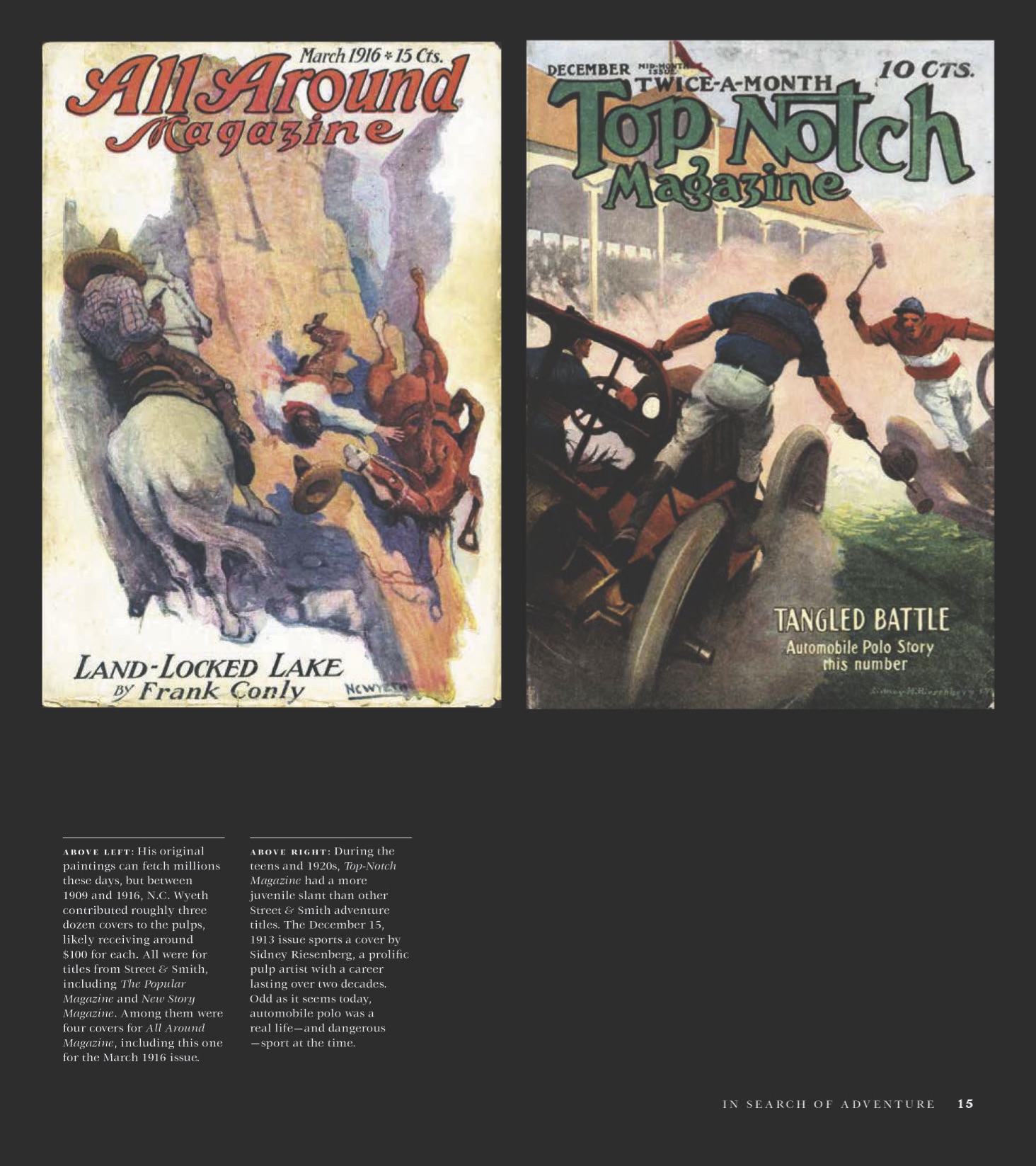 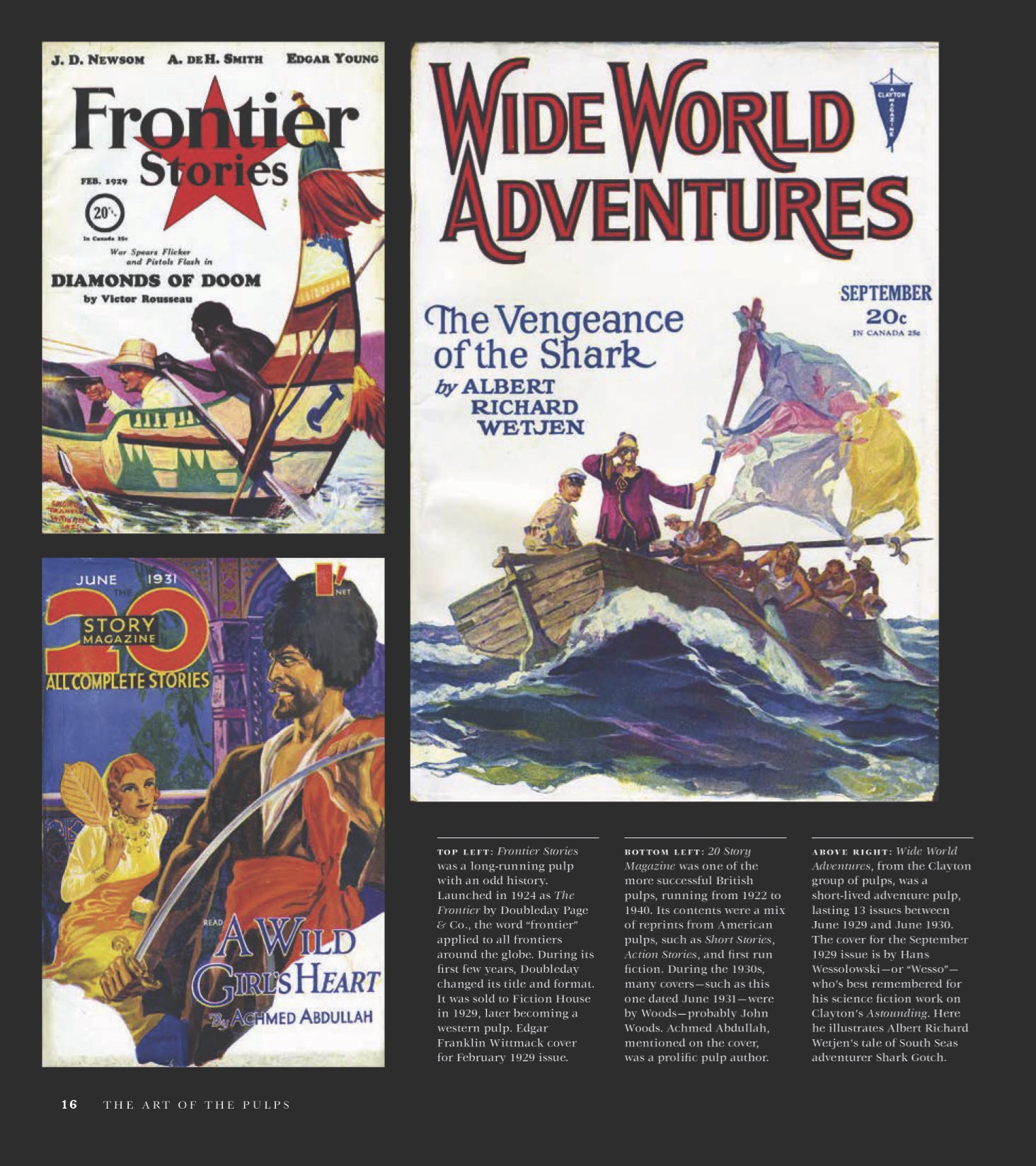 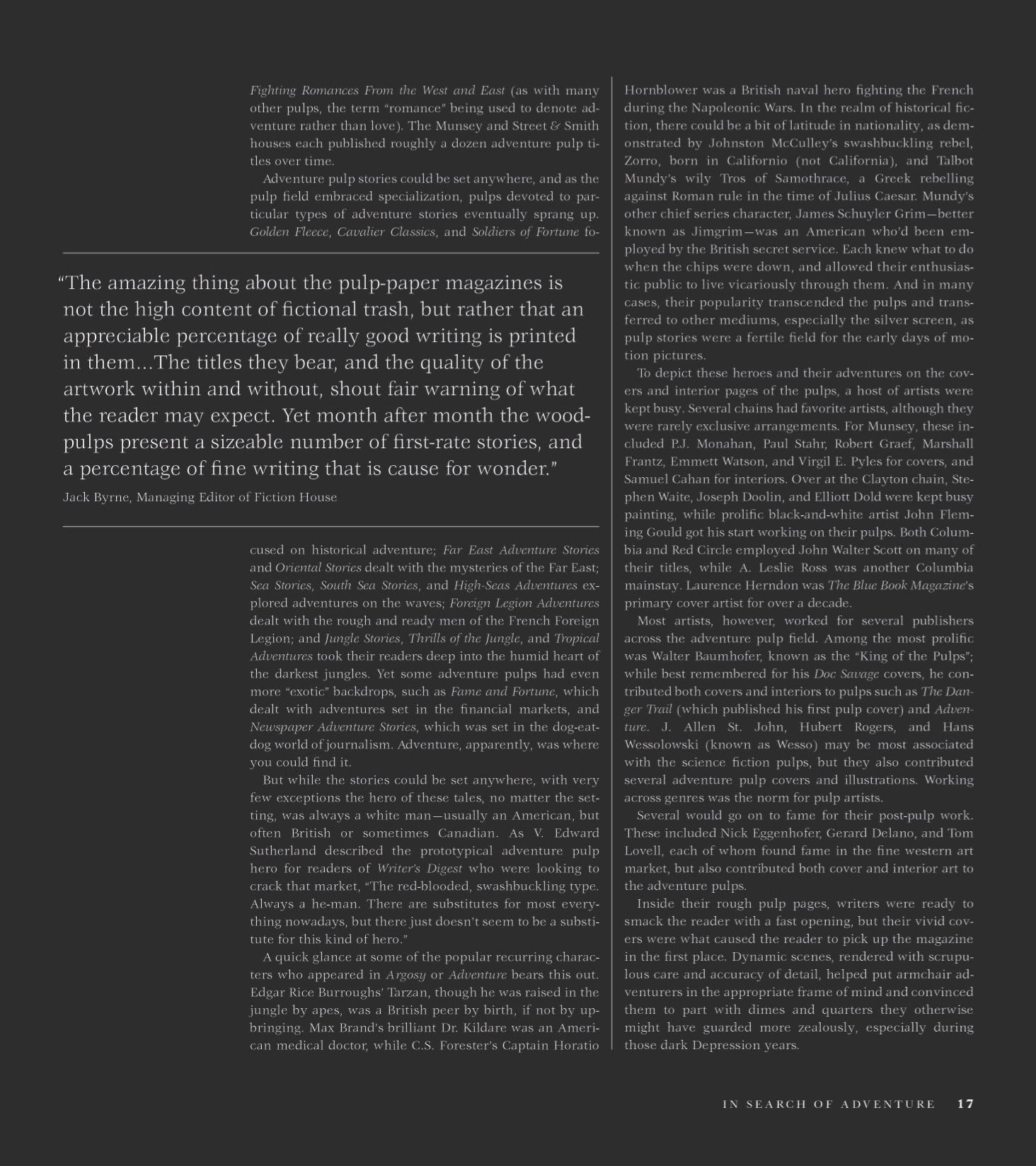