Strange occurrences in the Land of the Rising Sun…

Alright, patient readers, get ready for the fan-driven Batman Meets Godzilla #2 — due later this month from the dedicated folks at Project Batzilla.

In case you’re just catching up, Batman Meets Godzilla is a labor of love: a free adaptation of an actual unproduced film treatment from the William Dozier era. (Click here to read all about it.)

The second issue will be posted at Project Batzilla’s website, where you can already find the initial installment, which came out earlier this year. (Click here.)

The project is written by Eric Elliott and features a gang of artists working in a variety of styles. Last issue, we learned that the scheming mind ready to hatch mayhem on Tokyo belonged to none other than Prof. Hugo Strange.

So dig this EXCLUSIVE PREVIEW of Issue #2 — including the cover by Kero Wack and four pages by Howard Simpson of Abba Studios. 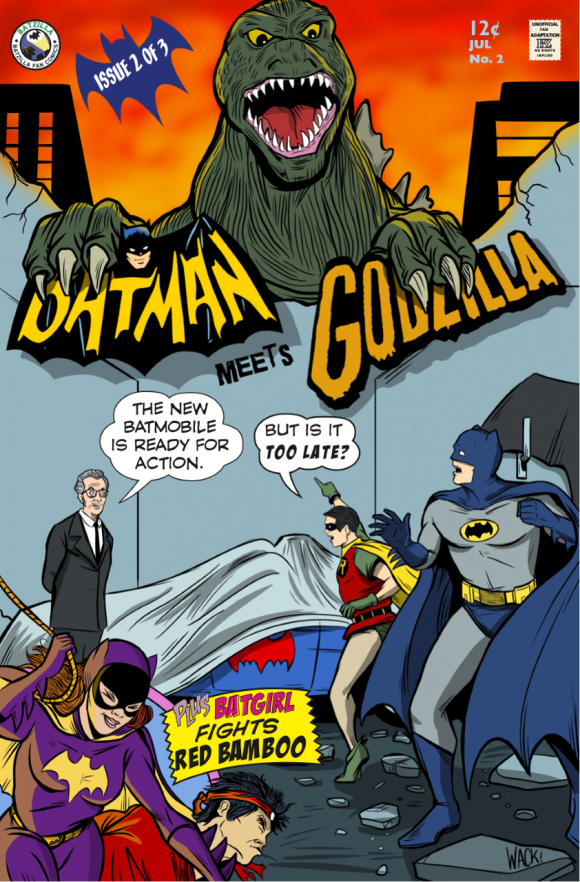 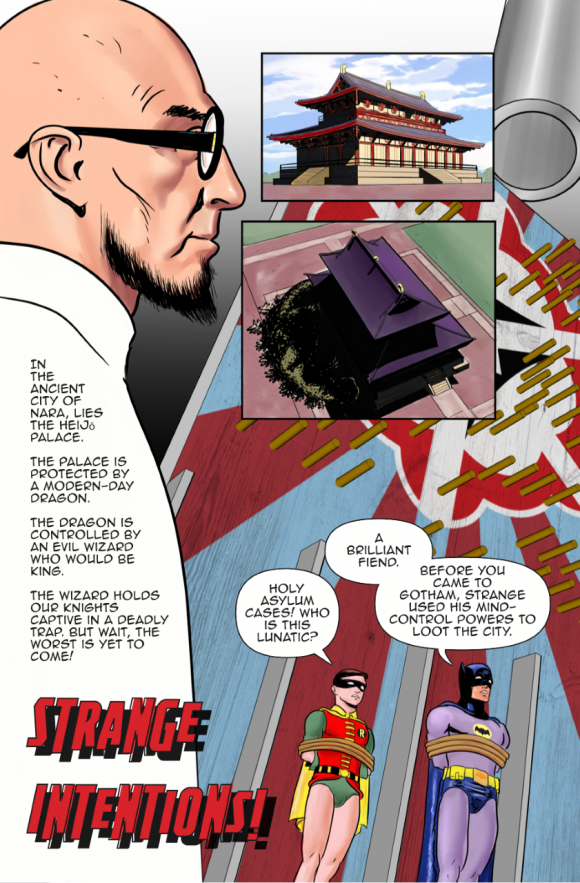 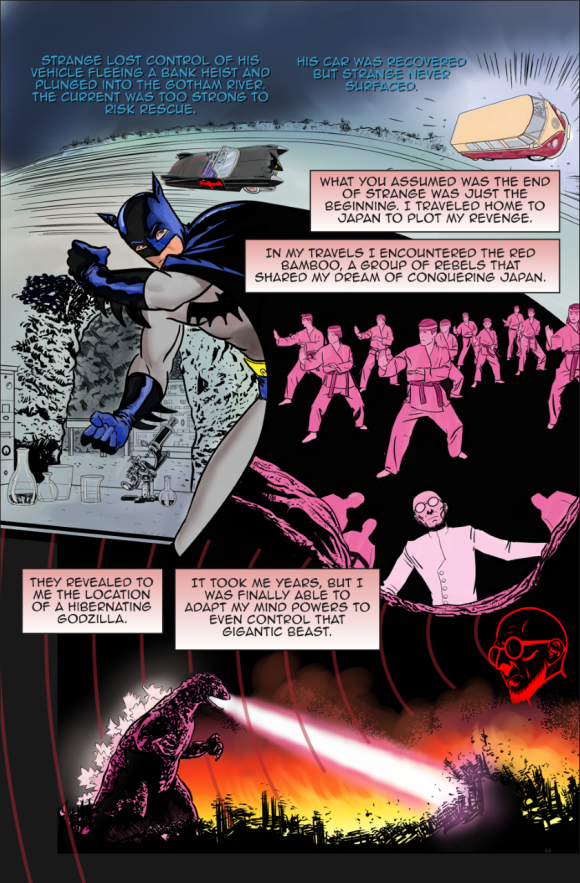 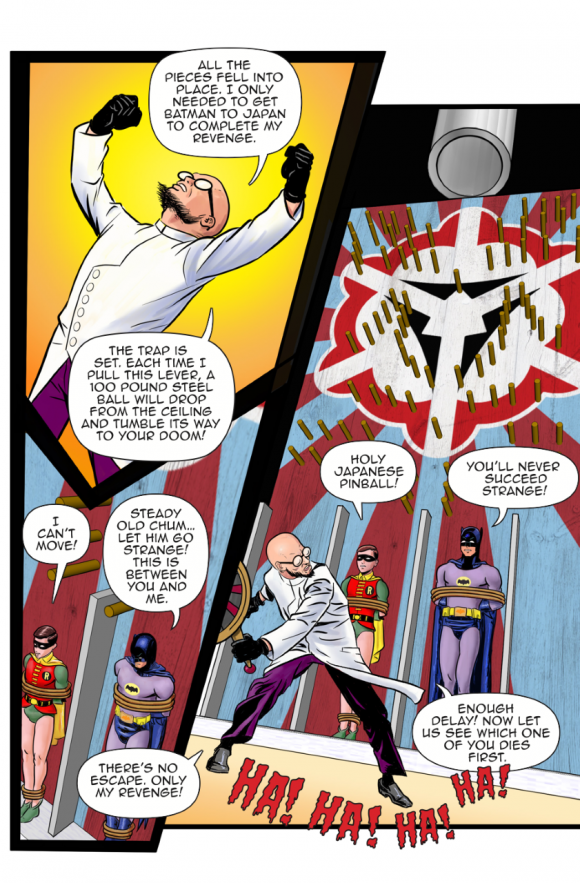 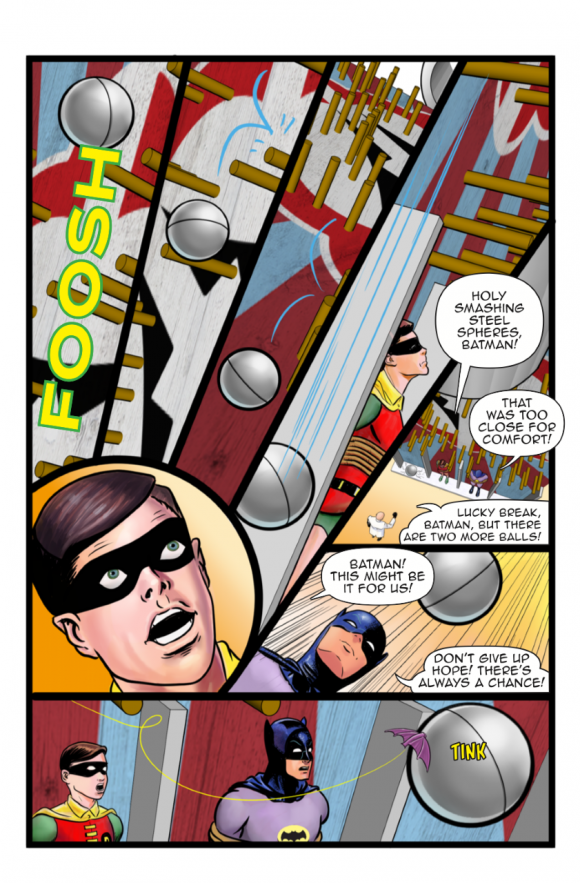 Dig it all later in July!