Feast your eyes on the work of a master…

One of the projects I’m most excited about this fall is Neal Adams’ new Deadman series, which debuts 11/1 — coinciding, fittingly, with the Day of the Dead.

Adams has been popping in here with his Deadman Tales — tidbits about his original Deadman covers from the Silver Age, which were among the most groundbreaking in the history of comics. (Click here to read more about that.)

But now, with the new series in the offing, we have an EXCLUSIVE FIRST LOOK at Adams’ uncolored, inked pencils for Issue #1.

Just check out these five pages: 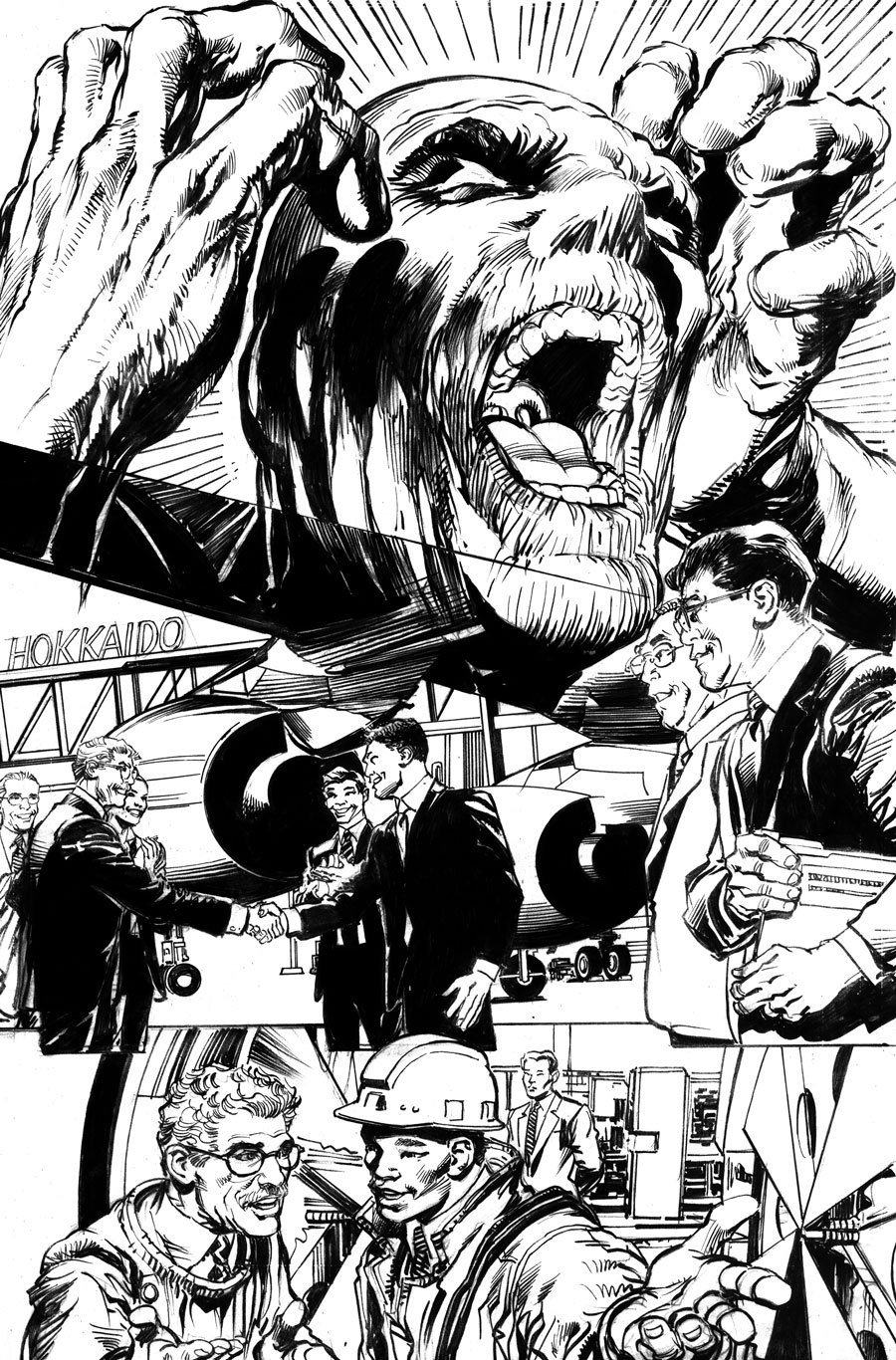 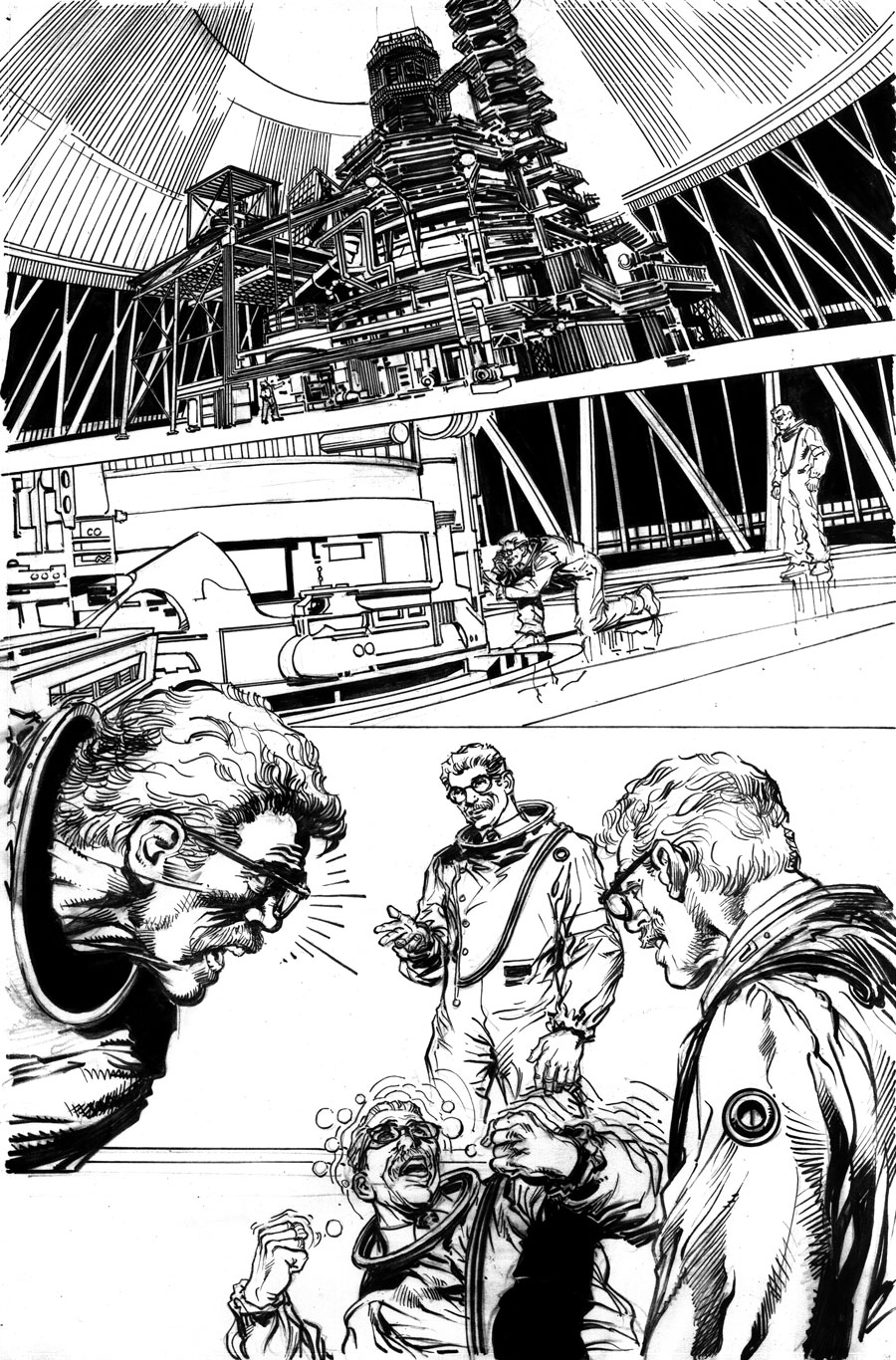 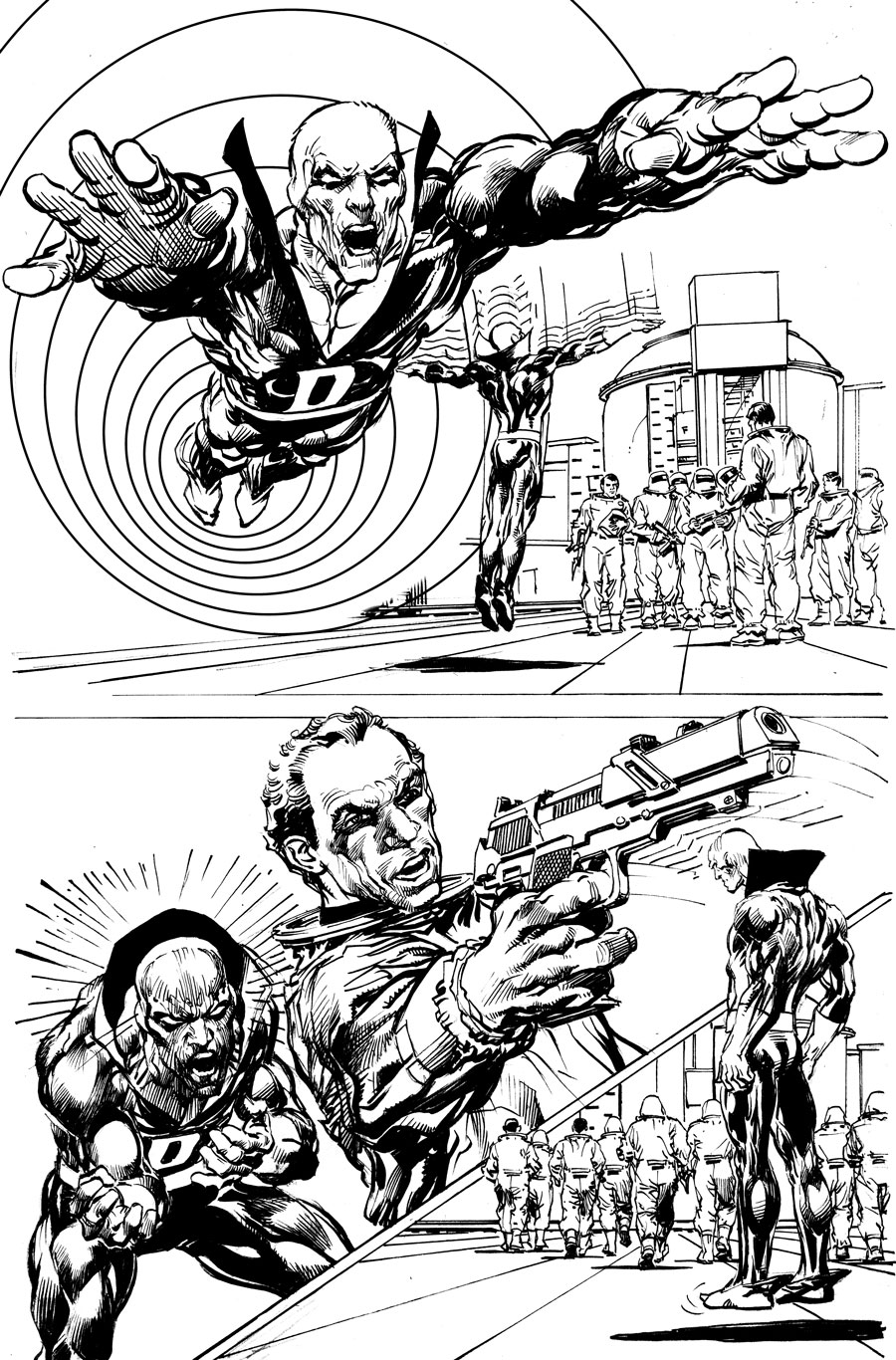 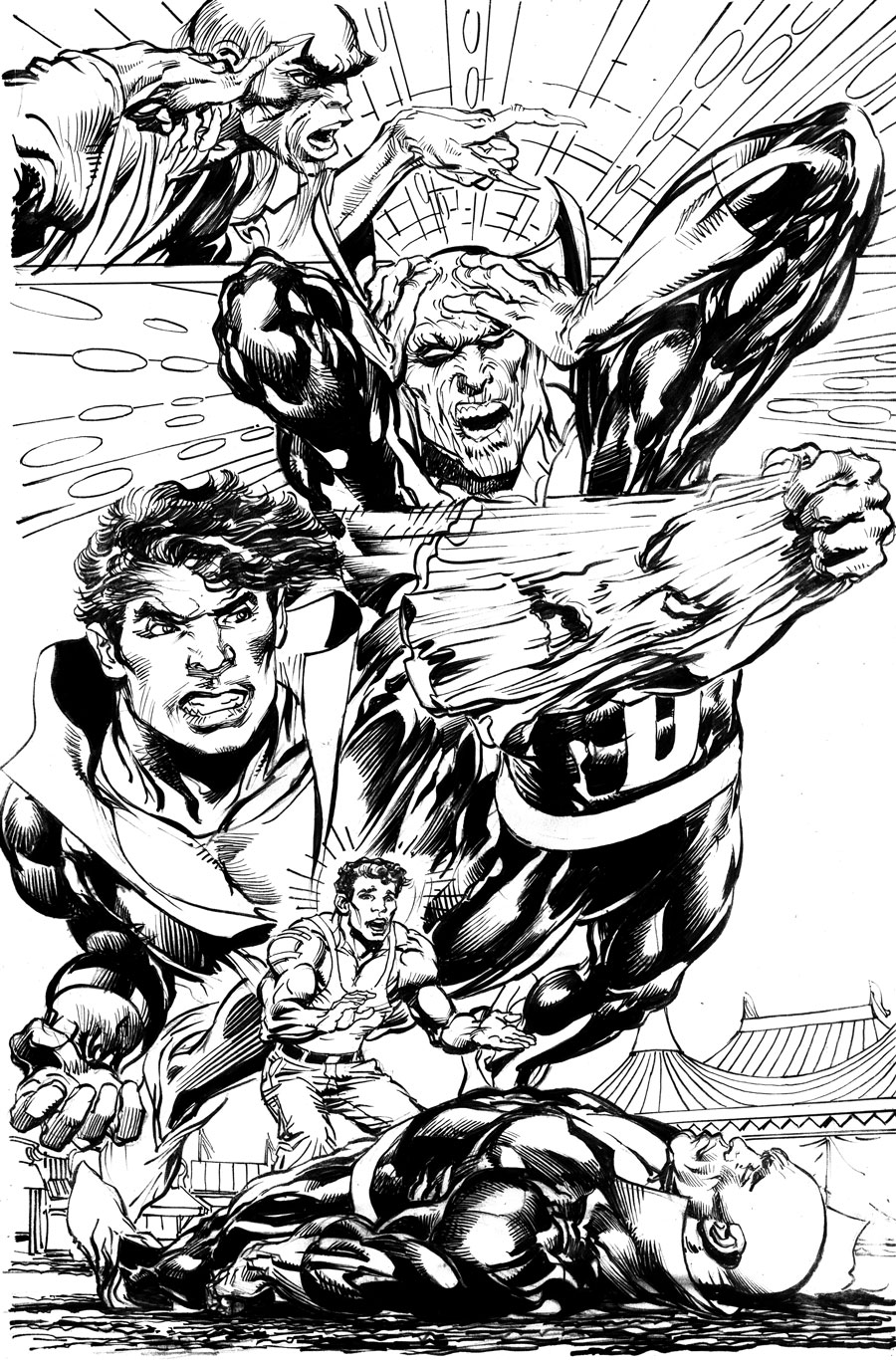 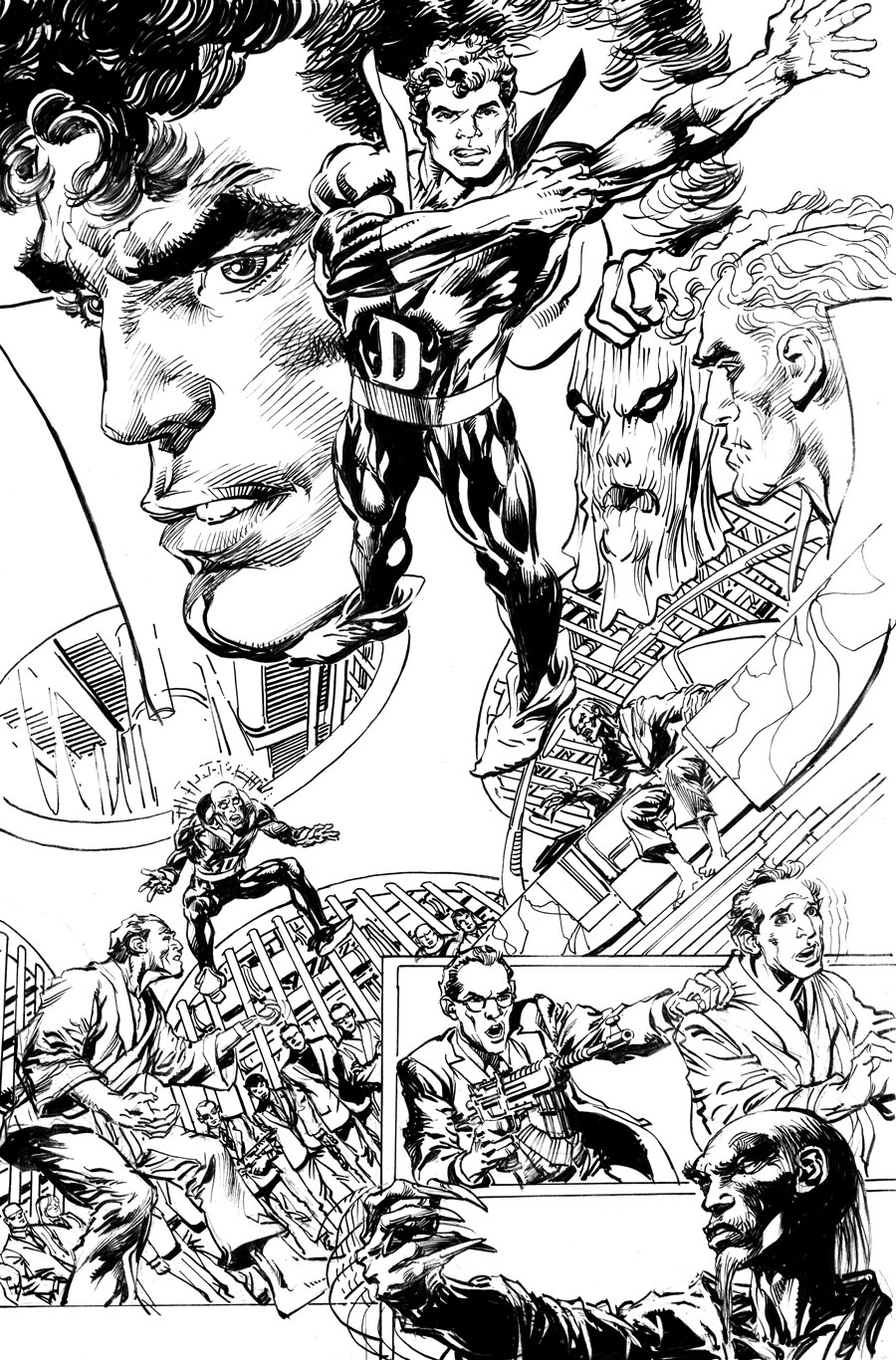 What I especially like is that Adams is playing with the layouts much in the same way he did in Strange Adventures in the late ’60s — the oversize faces, the odd angles, images bleeding into one another. It all feels very Deadman.

Oh, and the Sensei’s here. Been awhile since we’ve seen him. And of course, from what we know of the series and comics history, Batman and Ra’s al Ghul are not far behind.

If you want to make sure you get your copy — and why wouldn’t you — make sure you pre-order at your comics shop this week. The final order cutoff is Monday 9/25.

Oh, and don’t forget — the cover is glow-in-the-dark! 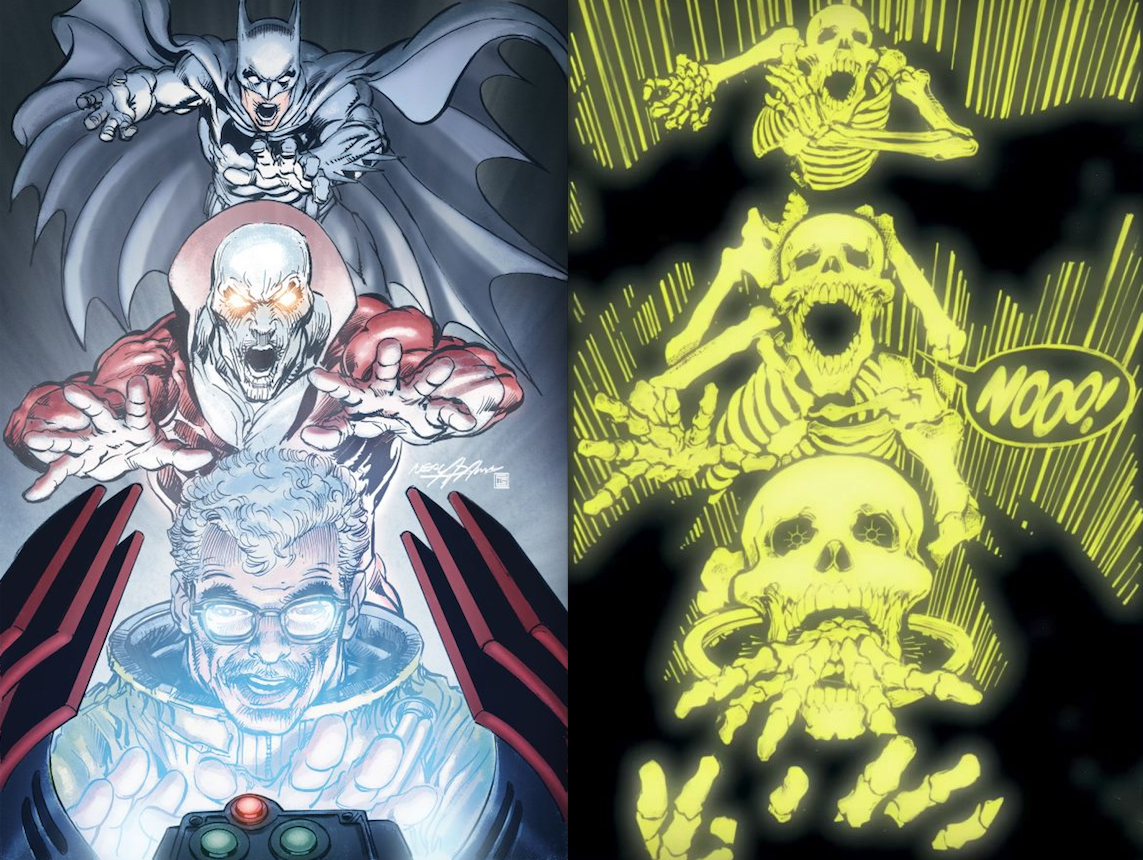